It’s no secret that the stars shine brightly in the Colorado night sky. An overnight camping trip to Great Sand Dunes National Park is a highlight on many visitors’ itineraries for the startling desertscape set against the Sangre de Cristo mountains, but the nighttime views are another kind of spectacle. 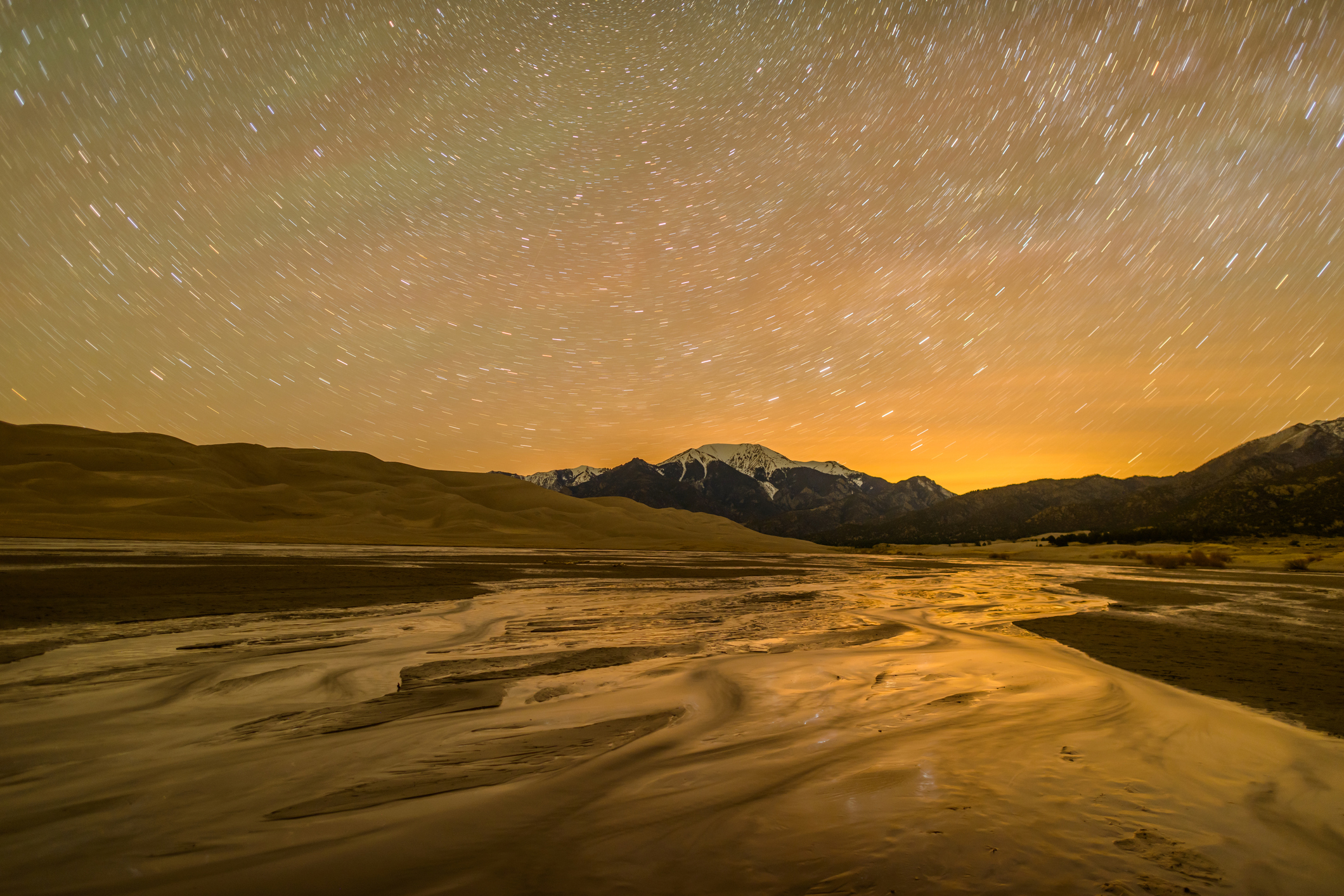 After winning a $25,000 marketing grant from the Colorado Tourism Office (CTO), The Dark Sky Tour of Colorado will be underway in early December 2019. The tour will soon map out specific locations around the state known for their dark skies and connect them for a magical, once-in-a-lifetime road trip.

The tour, which is considered to be the first of its kind nationwide, will highlight rural communities, lesser-known parks and isolated mountain towns throughout numerous counties in the hopes that the stars will draw tourists away from overcrowded destinations such as Estes Park, Denver, Aspen, Colorado Springs and Breckenridge and disperse them so that they discover less populated regions instead.

According to Lindsey Diamond, chief storyteller for VistaWorks — the marketing agency behind the Dark Sky Tour — Huerfano, Custer, Alamosa, Mineral and Hinsdale counties have announced their partnership with plans to highlight the small Colorado towns of Westcliffe, La Veta, Creede, Cuchara, Crestone and Lake City in addition to the Great Sand Dunes. 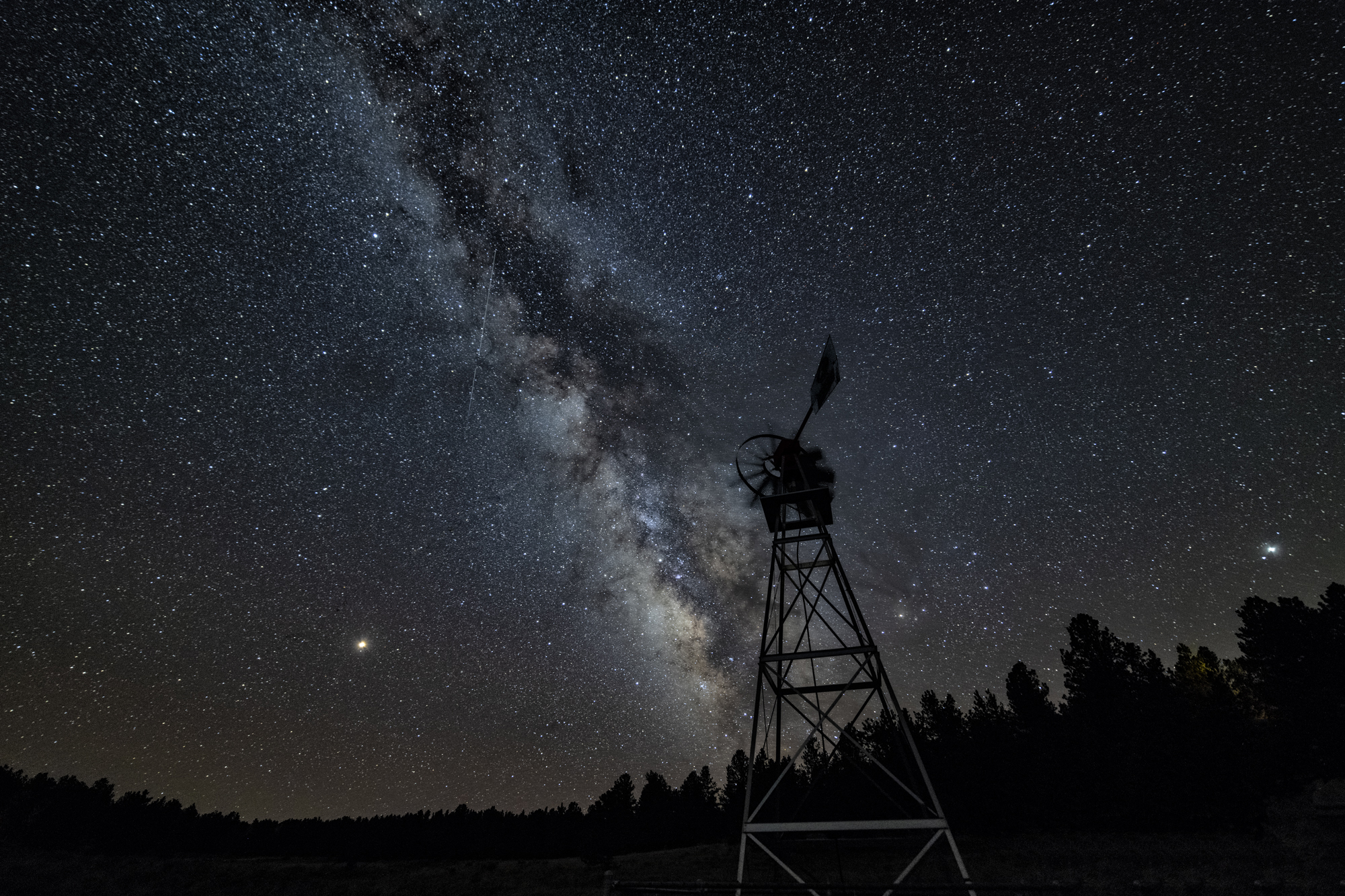 At 303, we hadn’t even heard of some of these towns, so we’re sure it’s bound to be a pretty remote adventure. Diamond says the intrigue in stargazing and other skywatching events — especially out West — has only increased after the Solar Eclipse in 2017 that brought a lot of tourists to rural counties in Wyoming.

“People are really searching for this. We have all of our data and analytics and we know what people are looking for. Stargazing is always really hot. Once we started marketing [stargazing] in Westcliffe, their lodging tax was up 20% this summer,” Diamond said.

Diamond says the fascination with stargazing has been great for smaller towns who are often forgotten and don’t see a lot of foot traffic. Hinsdale County is one of the most remote counties in the contiguous United States based on its number of forested acres and wilderness areas — making Lake City, Colorado the most remote town. Getting people to come here is difficult as an understatement.

“The thing with stargazers is they have to spend the night. They’re putting money into local economies because they’re getting hotel rooms or Airbnbs and they’re spending money on dinner,” Diamond said. “Our ultimate goal is to promote tourism in these rural areas. The big towns in Colorado are doing just fine. These rural communities — their economies are struggling. If we can get them [tourists] to just spend the night, they have a day that they can fill with activities.”

Visitors on the Dark Sky Tour in Colorado won’t have to search long and hard to find things to do either. The official tour guide, which will live on Colorado.com, will list dark sky events including constellation and planet appearance dates, festivals, star parties and other astronomical happenings. The website will also include suggested itineraries with daytime recommendations including ATV tours, hiking trails, restaurants, historical sites and other attractions.

As for where to stargaze, VistaWorks is working to narrow down specific sites around the featured counties that are working on becoming dark-sky certified, have already received their dark sky certification or are just great places to check out the stars in general. Each community featured on the Dark Sky Tour is located at a high altitude and features low humidity, which allows for some of the best stargazing in the world.

For those attempting the official designation though, earning a dark sky certification from the IDA is no easy feat. Westcliffe, which officially earned its International Dark Sky Community Designation in 2015, worked on its certification for years according to Diamond, while Lake City is currently undergoing an arduous attempt to certify a park three miles south of town.

“It’s not an easy process. It can take a couple of years depending on what you’re applying for. There a couple of things you have to prove to the association. You have to prove community involvement — that involves hosting meetings. You have to create certain light ordinances in town. All the lights have to be shielded, so nothing is pointing upwards. It’s a multi-year process. It’s not something done overnight,” she said. 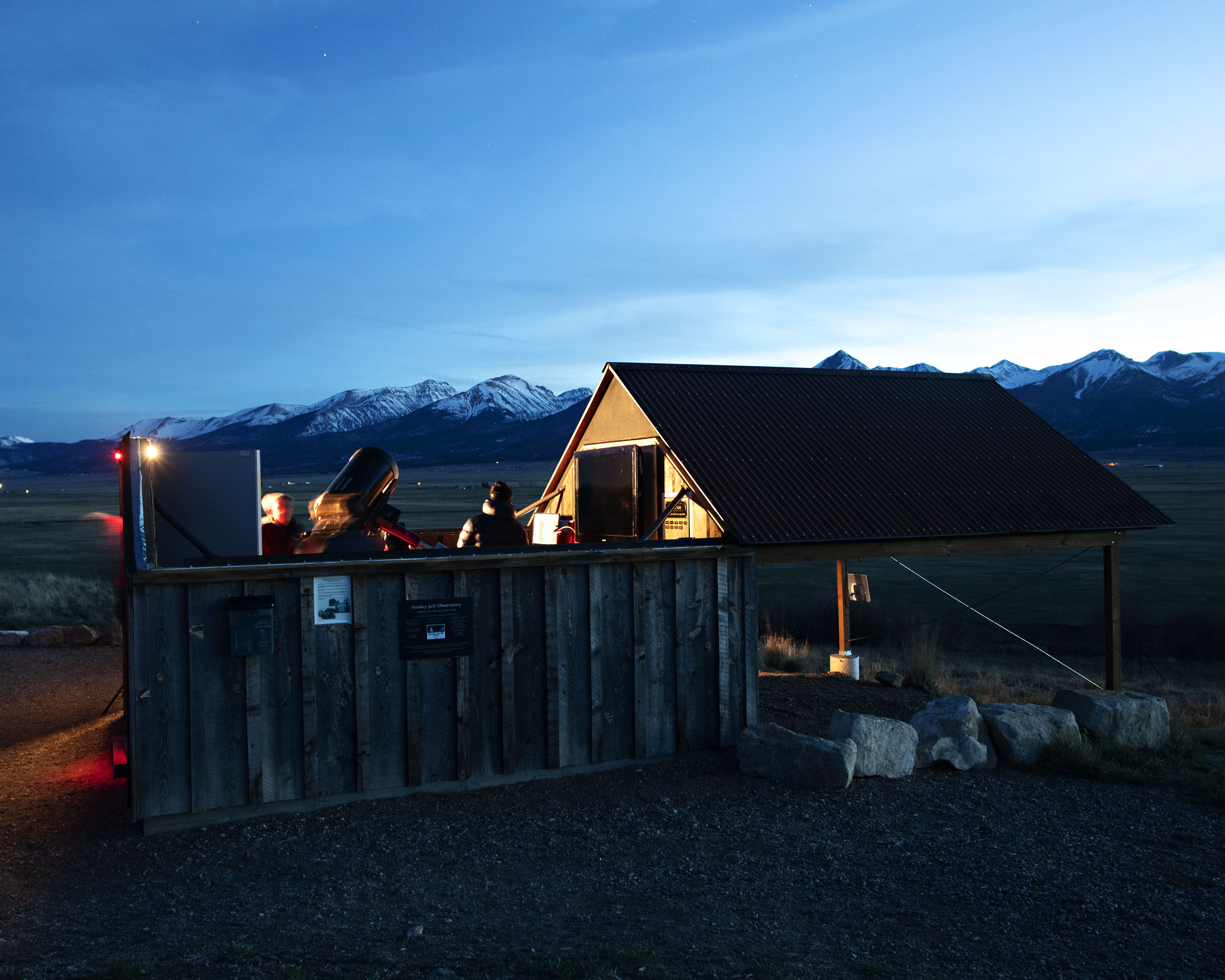 Photo by Deb Adams and courtesy of VistaWorks.

Not all of the stargazing sites require strategic planning though. Diamond says some towns have more infrastructure for stargazing and include observatories, which will also be mapped out on the Dark Sky Tour.

“Westcliffe has the Smokey Jack Observatory in town, which is a really popular place to observe the stars. There are people who are often there on certain nights to operate the telescope for you. They host star parties,” Diamond said. “They’re so passionate about their stars and they recognized early on that it was going to be a big draw.”

Diamond says she’s humbled by the appreciation from these rural communities, who up until now, haven’t had any incentive to drive tourism.

“They are really grateful. A lot of communities don’t realize what they have and so we come in with fresh eyes. There is so much to do and they have no idea,” Diamond said.

Diamond knows these towns are special, but the stars themselves are worth the trip alone even if you’re just passing on through for the night. They’re one of the reasons why Diamond moved to Colorado.

“People are really aching for this connection because it’s just so lost in our culture. So many people live in cities and they don’t know what it’s like to really see a truly dark sky,” she said. “I remember the first time I saw it. I grew up in New York and I came to Colorado for the first time when I was 15. I went camping. I remember that moment so clearly. It transformed me. I moved to Colorado and spent most of my time outside for as long as I could.”

Diamond knows that helping people see the dark skies in our state is an important mission.

“To give that experience to people is pretty magical,” she said.

Correction: the article was updated to add Creede and Cuchara and remove Del Norte, the San Luis Valley and Joyful Journey Hot Springs Spa from the Dark Sky Tour. Additionally, the lodging tax increase in Westcliffe rose to 20% after marketing the town’s stargazing opportunities.