Brother Luck has been on television a lot. He did the remarkable and beat Bobby Flay and followed that with two seasons on Top Chef shortly thereafter. He’s received a lot of press and a lot of praise for these appearances. Each one of his flirtations with the limelight has garnered the Colorado Springs-based restaurateur a great deal of well-deserved attention, but for kitchen-maestro born Brother Marcellus Haywood Luck IV this is just one chapter in a culinary epic that stretches back to adolescence.

For Luck success and celebrity seem to have value. He’s been a winning competitive chef since being crowned Best Teen Chef Arizona and going on to compete in nationals while still in high school. The precise way he pushes the creative envelope was surely shaped by the circuit and his unceasing thirst for education seems propelled by a desire to treat the craft as sport. Starting at 19, he would finance his own stajs — using his vacation days to fly to Carmel to apprentice under some of the biggest shots in the industry at the annual Masters of Food and Wine hosted by the Park Hyatt. 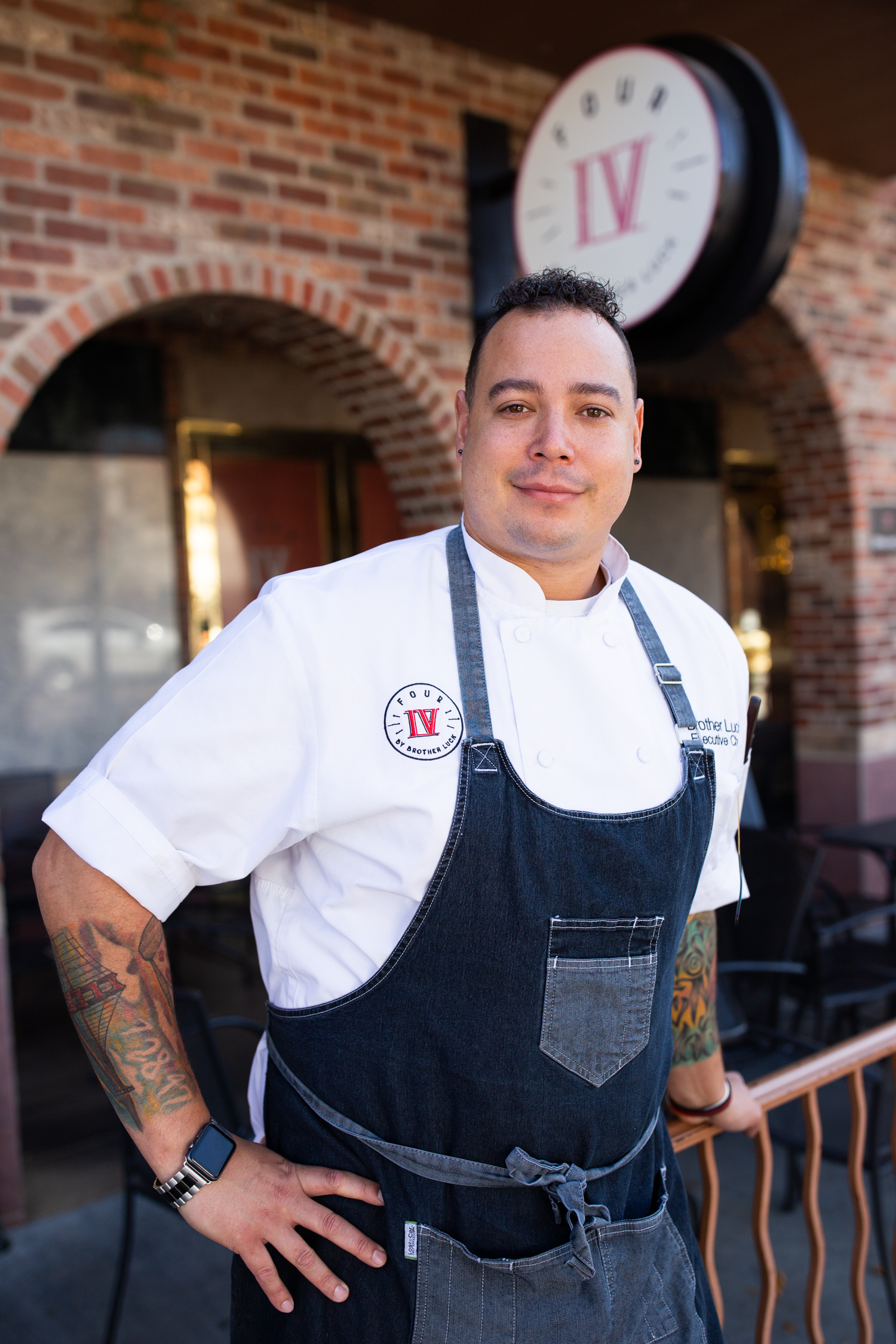 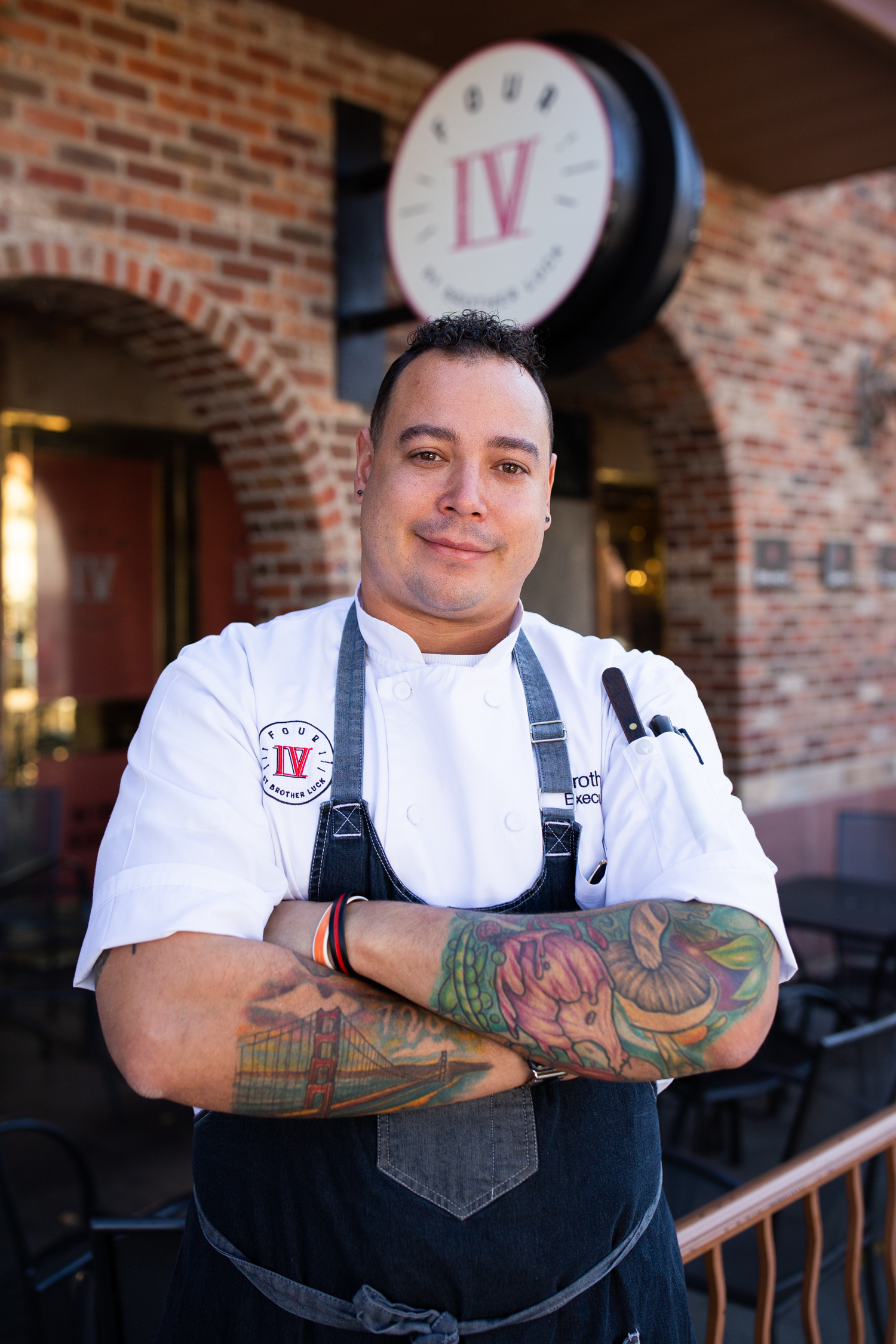 As determined as Luck clearly is, his family and community stand supreme. Long before setting up shop, the chef proposed to his wife Tina in the Springs in 2001 while visiting her sister who had married a native. “All I knew about the Springs was The Broadmoor and Dog the Bounty Hunter,” laughed Luck. He’s since worked in every kind of kitchen — serving as the executive sous for the 350-room hotel and 2,000-member country club of Cheyenne Mountain Resort, building out a private project that Whirlpool used to entertain high-profile clients and chefs in Chicago and running the kitchen at the Hotel Contessa in San Antonio.

For a craftsman with such a prolific resume, the decision to open multiple restaurants in Colorado Springs could at first seem odd, but for Luck the public eye is no longer his first priority. “I don’t compete [any] more. After Top Chef I have nothing to prove,” relayed the chef. While this may not be entirely true — he did just win the Denver Lamb Jam — it’s clear that his focus has shifted.

Luck is a big supporter of C-CAP — a national vocational program that helps teens develop lasting careers in the culinary industry.  As a C-CAP graduate himself, the chef is living proof of the program’s efficacy. While owning and operating two restaurants is quite the task in and of itself, the restaurateur always finds time for outreach. Earlier this year, he gave the keynote for Big Brothers Big Sisters.

Colorado Springs has been listed as one of the fastest-growing cities in the state. Luck has the skills and the drive to make him an asset in helping to shape the community. His two restaurants — Four by Brother Luck and Lucky Dumplings — could thrive in any city in America. Their presence in the Springs is no accident. The restaurants serve not only as a beacon for the developing culinary scene but as a pillar for the community at large. 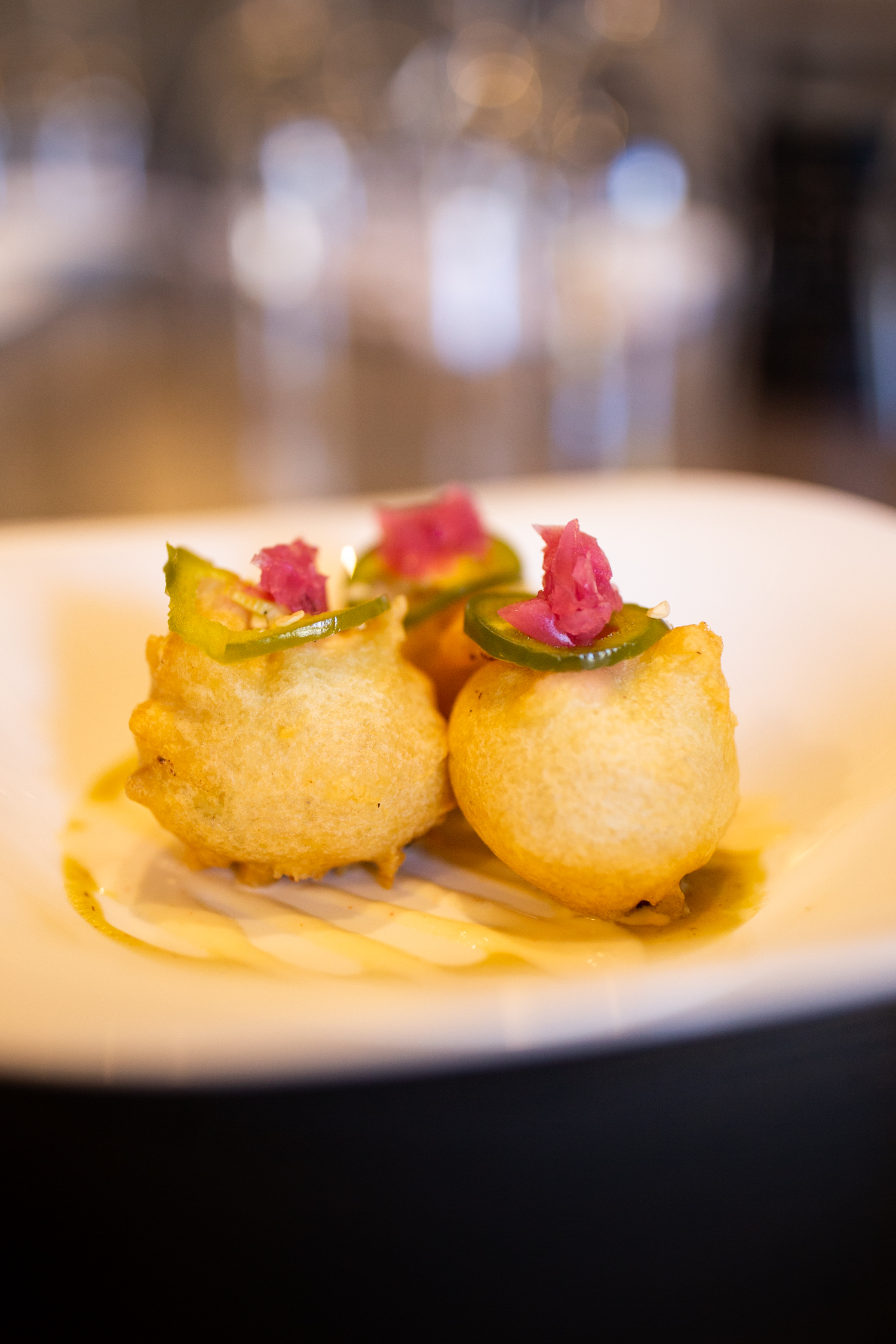 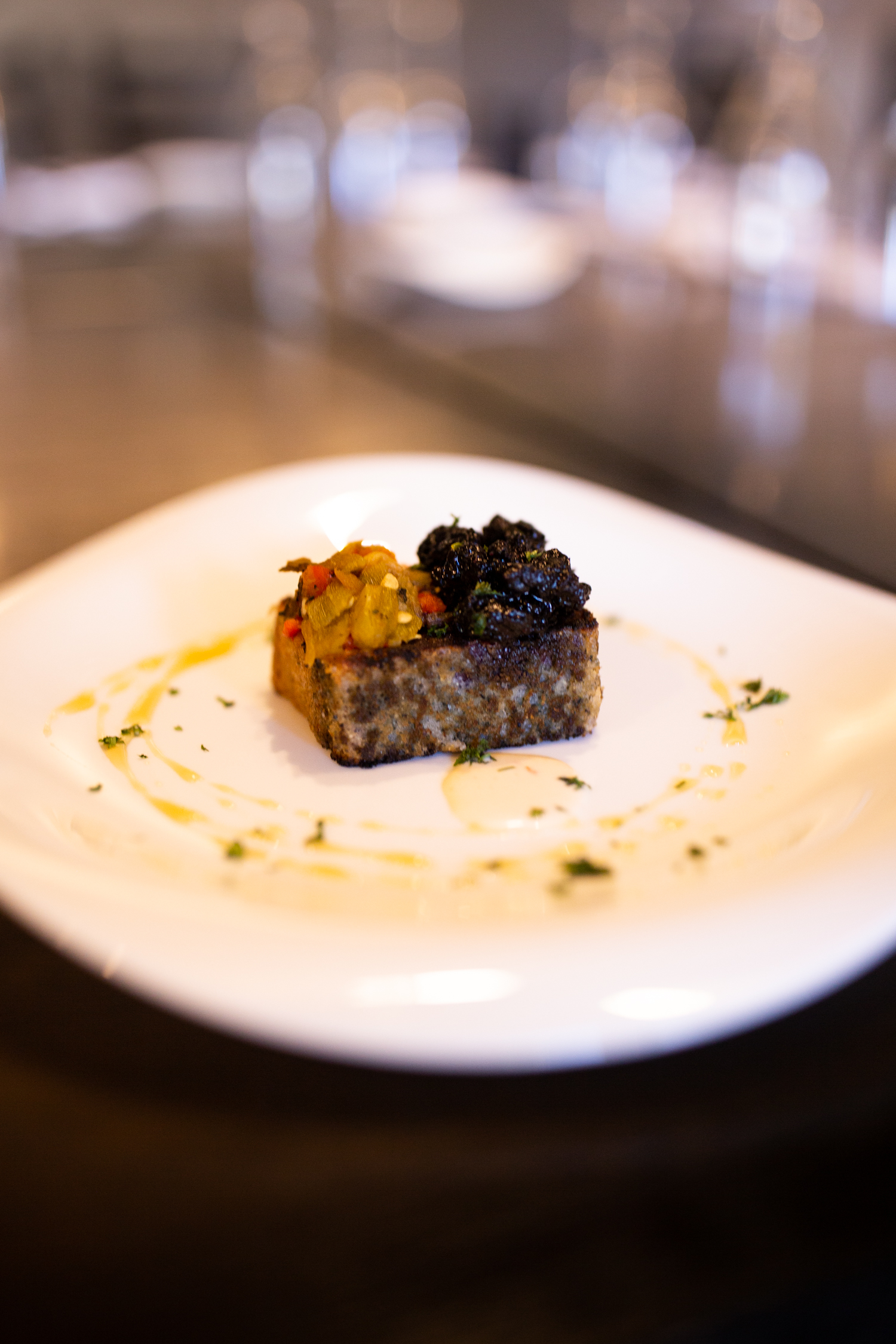 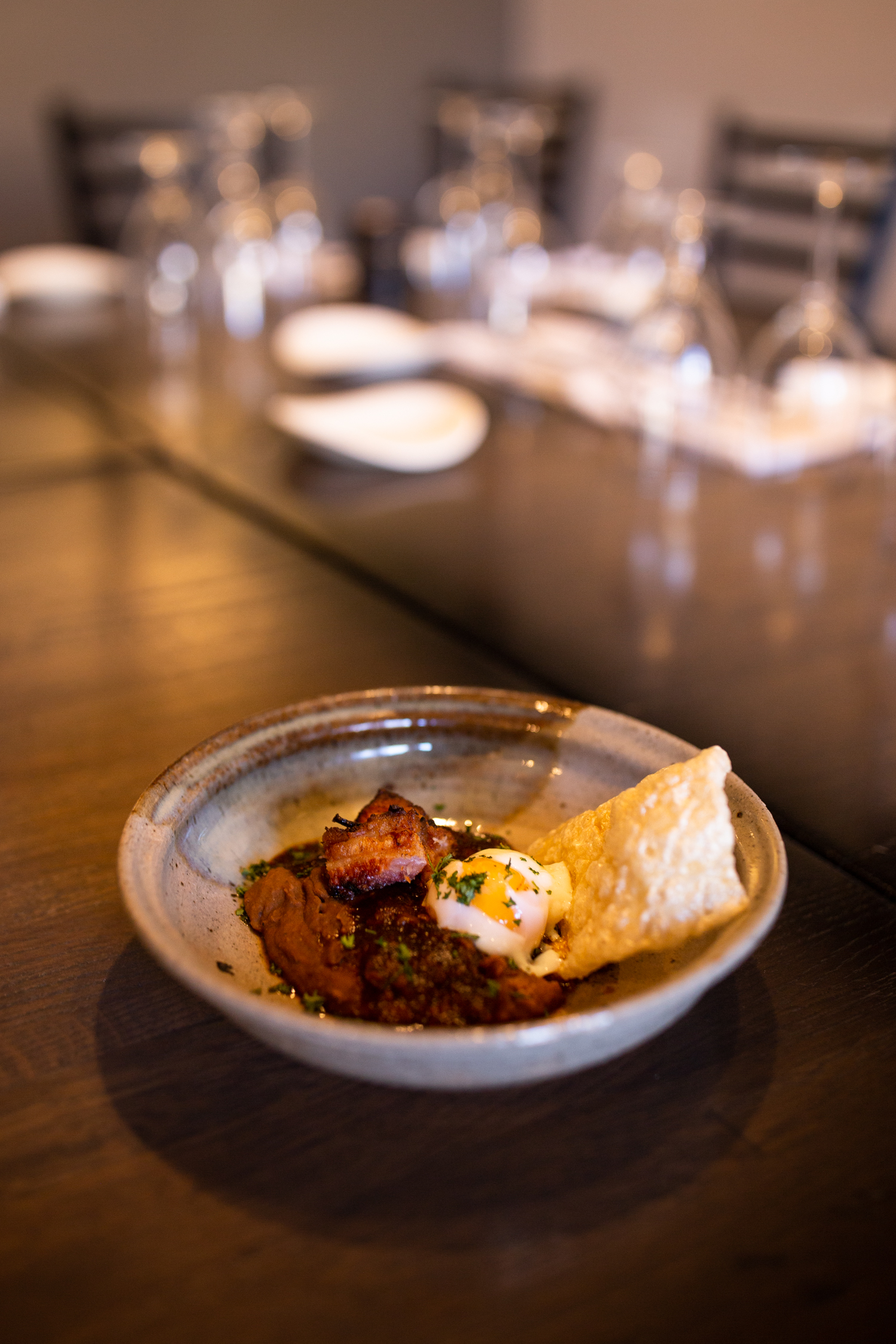 Four — Luck’s primary concept — is the second restaurant the chef has owned and operated. His first venture was Street Eats — a solo project opened in the back of the punk rock bar Triple Nickle. The initial idea was to develop the joint into a food truck serving international snacks. The concept skipped the wheels, moving directly into its own brick and mortar space across town. After a successful run, the popular eatery closed in 2016 after the landlord sold the building.

Luck then shifted his focus to Four — an upscale spot celebrating Four Corners and Southwestern cuisine — which opened in 2017 and has since become one of the more innovative restaurants to grace the front range. Here high-brow and experimental concepts are presented with decorum. A large chef’s table — where interested diners can try an everchanging, off-the-cuff meal — sits in the center of the open, highly-livable kitchen. The primary menu is divided into four preset four-course tasting menus that can be adapted to customers’ tastes. Additionally, next month the 80-seat space will host an annual themed pop-up dinner — a four-night Harry Potter-inspired feast.

There’s plenty to be enjoyed in both presentation and concept but it’s the flavor that shines brightest. The tempura poppers ($10) come with coriander, roasted jalapeno and cumin cheese. The Skuna Bay salmon ($27) is set atop a bed of parsnip puree, drizzled and parsley vinaigrette and sprinkled with dried kalamata olives. Towards the entrance four large symbols — representing the hunter, the gatherer, the fisherman and the farmer — line the wall separating the private dining area from the main room. To say that the cuisine celebrates seasonality would be limiting, everything about Four’s philosophy serves to illustrate food’s impermanence and the value of the people who cultivate it. “A restaurant means to restore, that’s where the word comes from,” advised Luck. 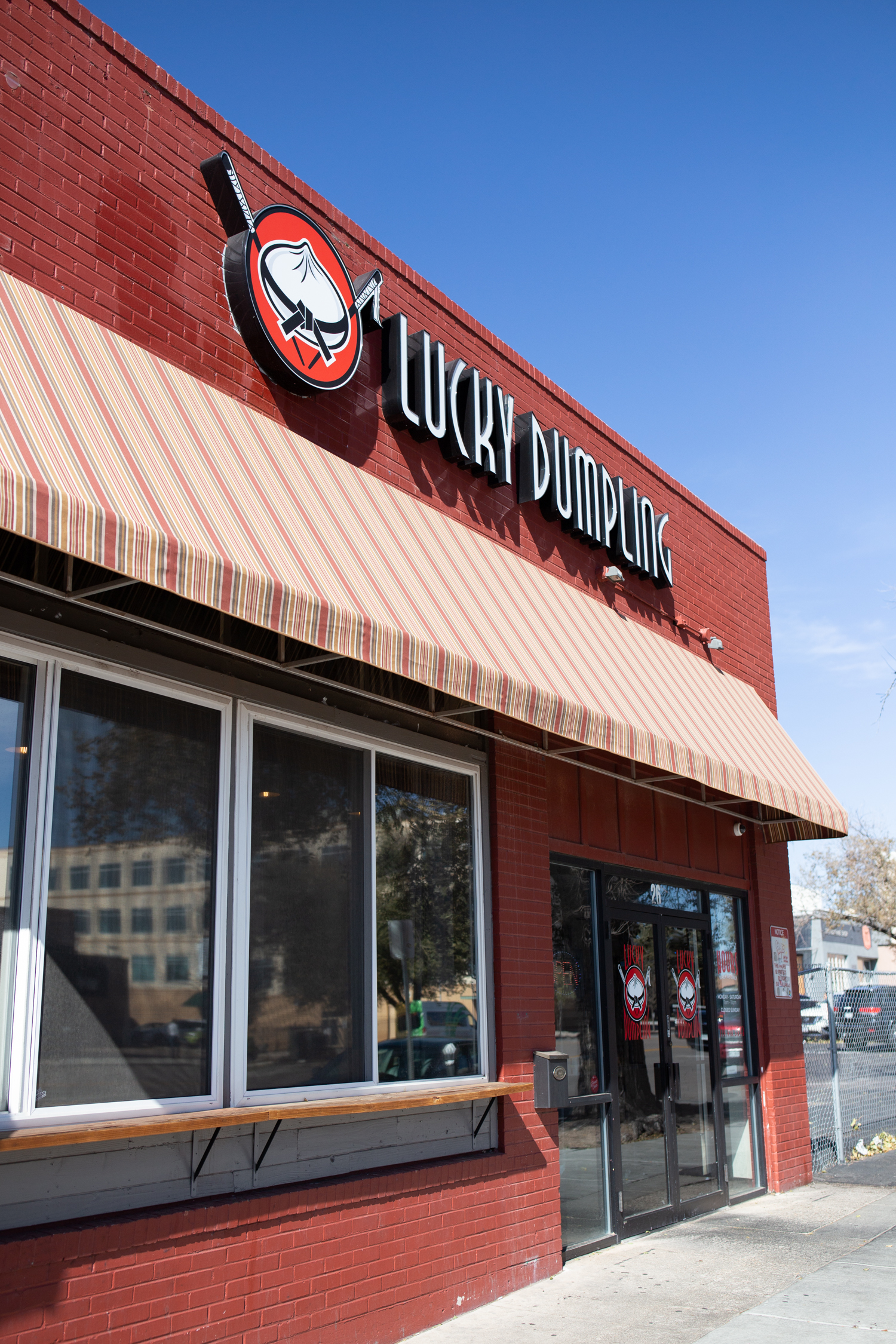 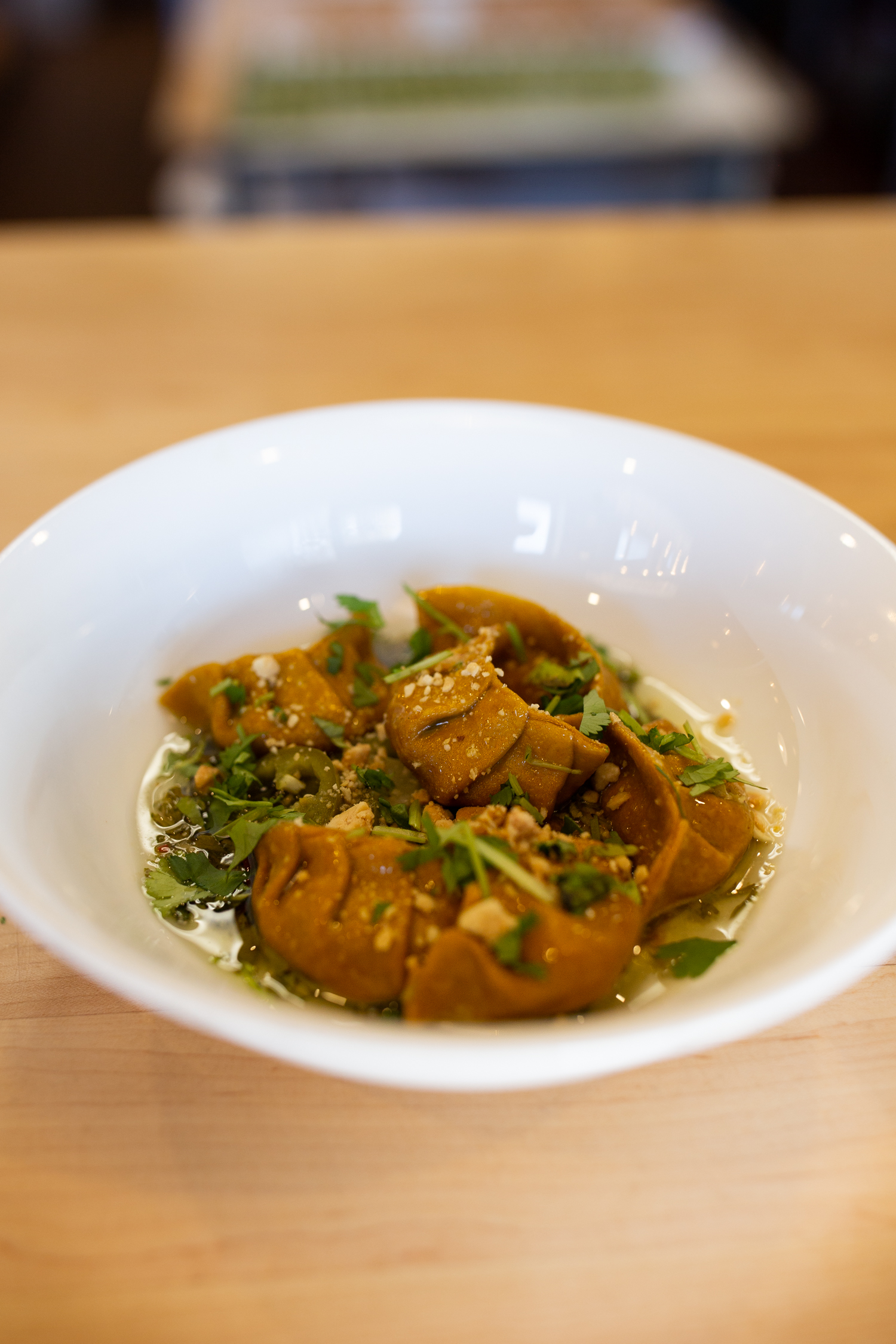 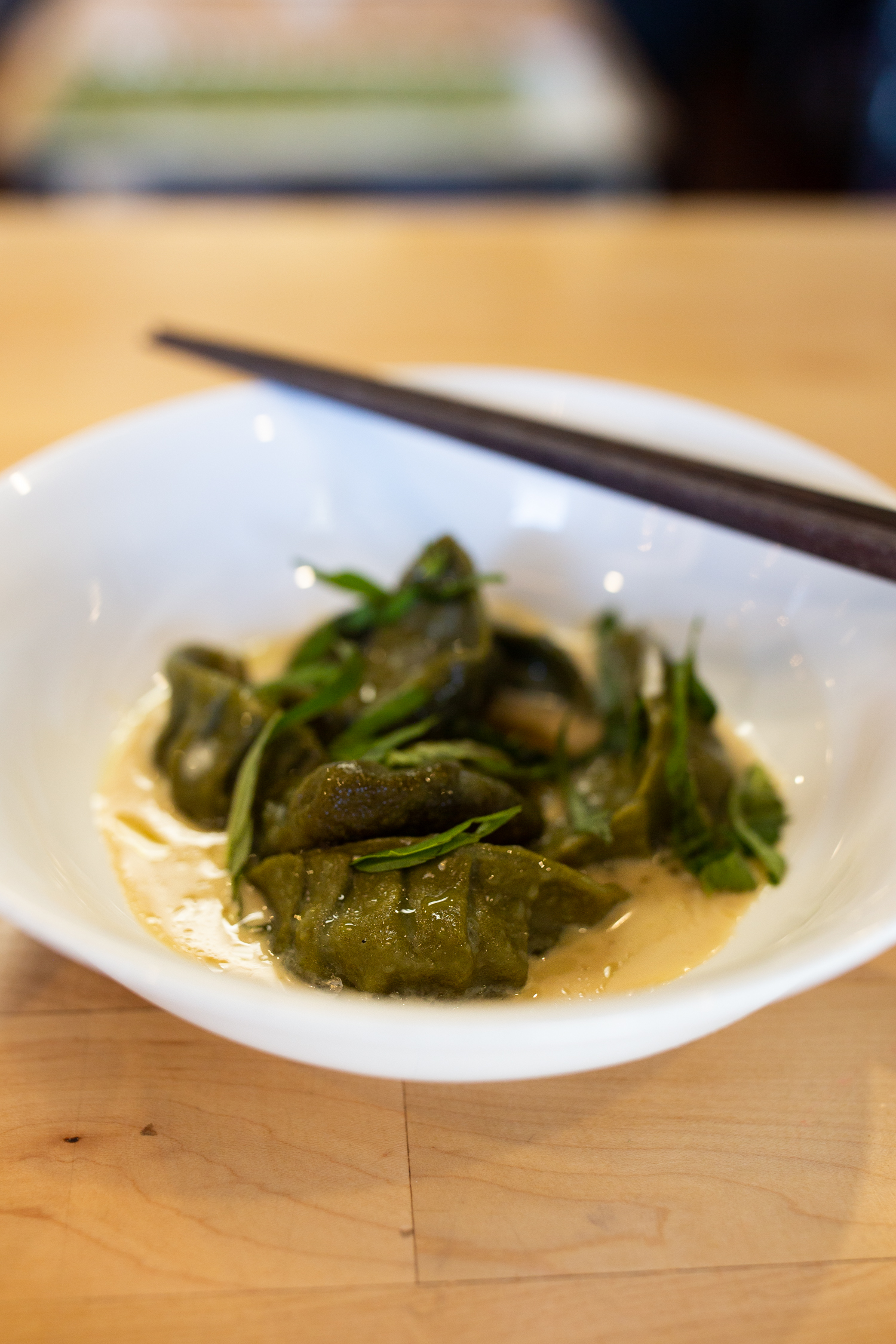 Six months ago Luck opened Lucky Dumplings less than a five-minute drive from Four. It is the more casual of the two affairs — the bright space is plastered in hip-hop imagery and the open kitchen gives diners an opportunity to watch the chefs quickly and precisely prepare the delightful morsels. While the menu features an array of thoughtfully-crafted pan-Asian snacks — including bowls, banh mi, duck musubi and crab fried rice — the five dumpling options steal the show. The Thai peanut chicken dumplings ($9) come with cilantro relish, pickled peppers and a healthy portion of peanut crema. The green curry shrimp dumplings ($9) come with coconut-lime broth, habanero jam and Thai basil. Served five to a plate, the bite-sized specialties are drenched in sauce and provide a delight that substantially dwarfs the small package.

While Luck’s celebrity has certainly helped to propel his ventures, both restaurants continue to prove that the man has more tricks up his sleeve.