Denver surf-jazz band Whole Milk struggles to stay in one place. Modern-day vagabonds, traveling from city to city, popping up in DIY dives and humble bungalows, the duo comprised of Alec Reid and Mariah George live a life of few luxuries, but a storied one full of substance. The two left their day jobs to the birds three years ago, indoctrinated by an American Dream that whispered the religion of the open road — the opportunity was knocking, with a pamphlet in hand and the band submitted themselves to its word.

They bombed shows, were robbed of their gear and at one point crammed four people and a stray dog into a Honda Element and kept driving. Originally a four-piece unit, over the years, members came and went citing life’s nagging responsibility for stability — a notion neither Reid nor George could subscribe to. The duo acknowledges that the road hasn’t been easy, but there’s a constant romance in their journey that runs the gamut of human connection and has manifested a community of similarly minded people, their fans, wherever they go. Just sitting and talking about the past couple of years over Lone Star beers and cigarettes during a rare stationary period for the group felt almost painful for them. They’d overstayed their welcome, it was time to go. 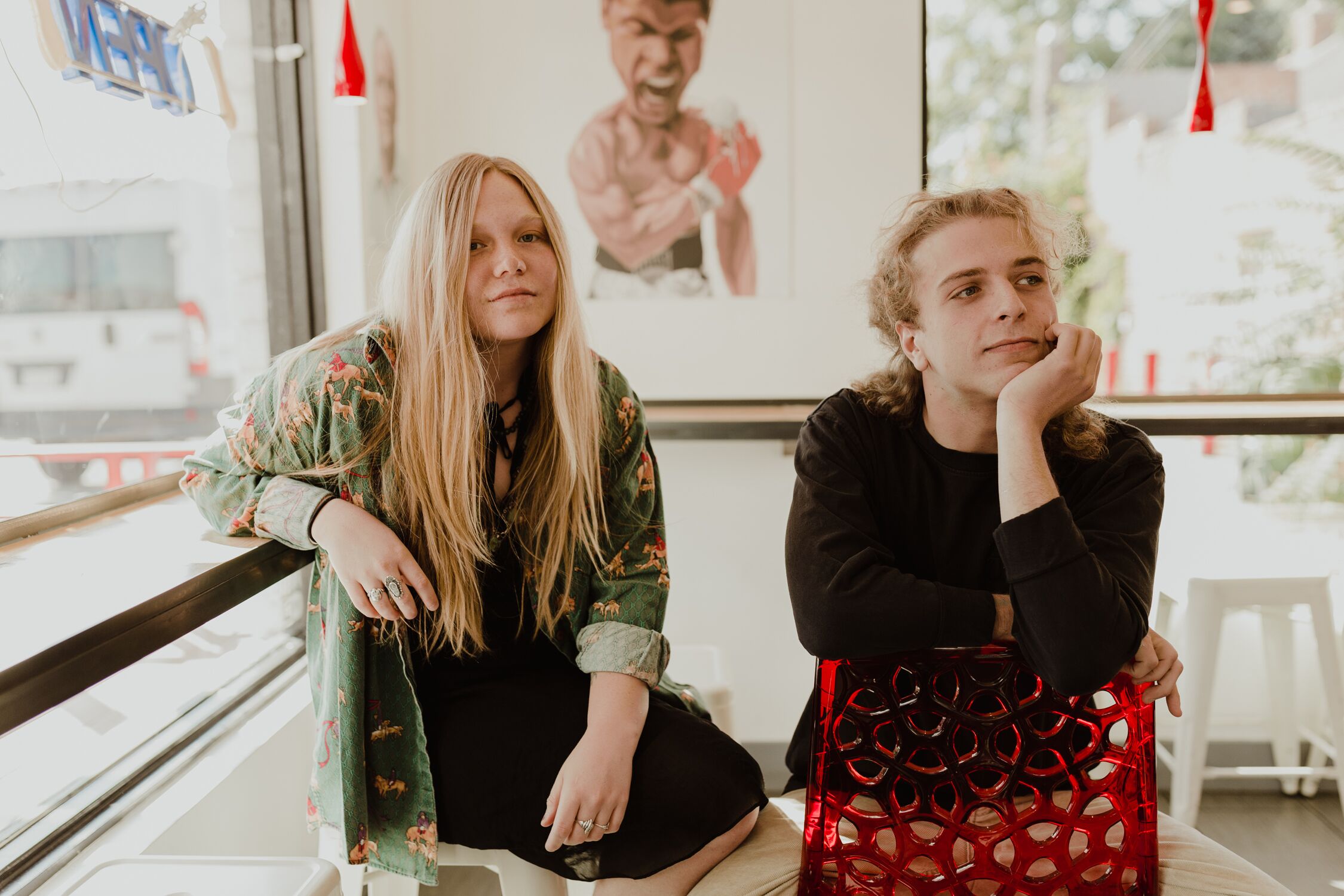 Whole Milk was originally imagined as a prospective television show of Reid’s creation when he lived out in Los Angeles attending the California Institute of the Arts.

“Whole Milk started is an idea for a TV show with my friends,” recalls Reid. “It was kind of this  Monkees-style thing, about a new band trying to play Coachella or some shit.”

While the TV show never came to fruition, the often animated Reid who seems to be a long-lost character from Rocko’s Modern Life, reappropriated the rather fitting name for his real-life band instead. George, an extremely articulate and savvy counter to Reid, came into the band later on. Having studied creative management in college, she signed on to assist the band in a management capacity initially, later on, learning to play bass and singing alongside Reid. Their music at their start was beachside and psychedelic when they were a four-piece, but nowadays, having cultivated a tender language between each other musically, the resulting sound is subtle and meditative — the kind of pensive tonality one touches on when they’ve been left to accrue their thoughts in relative isolation. 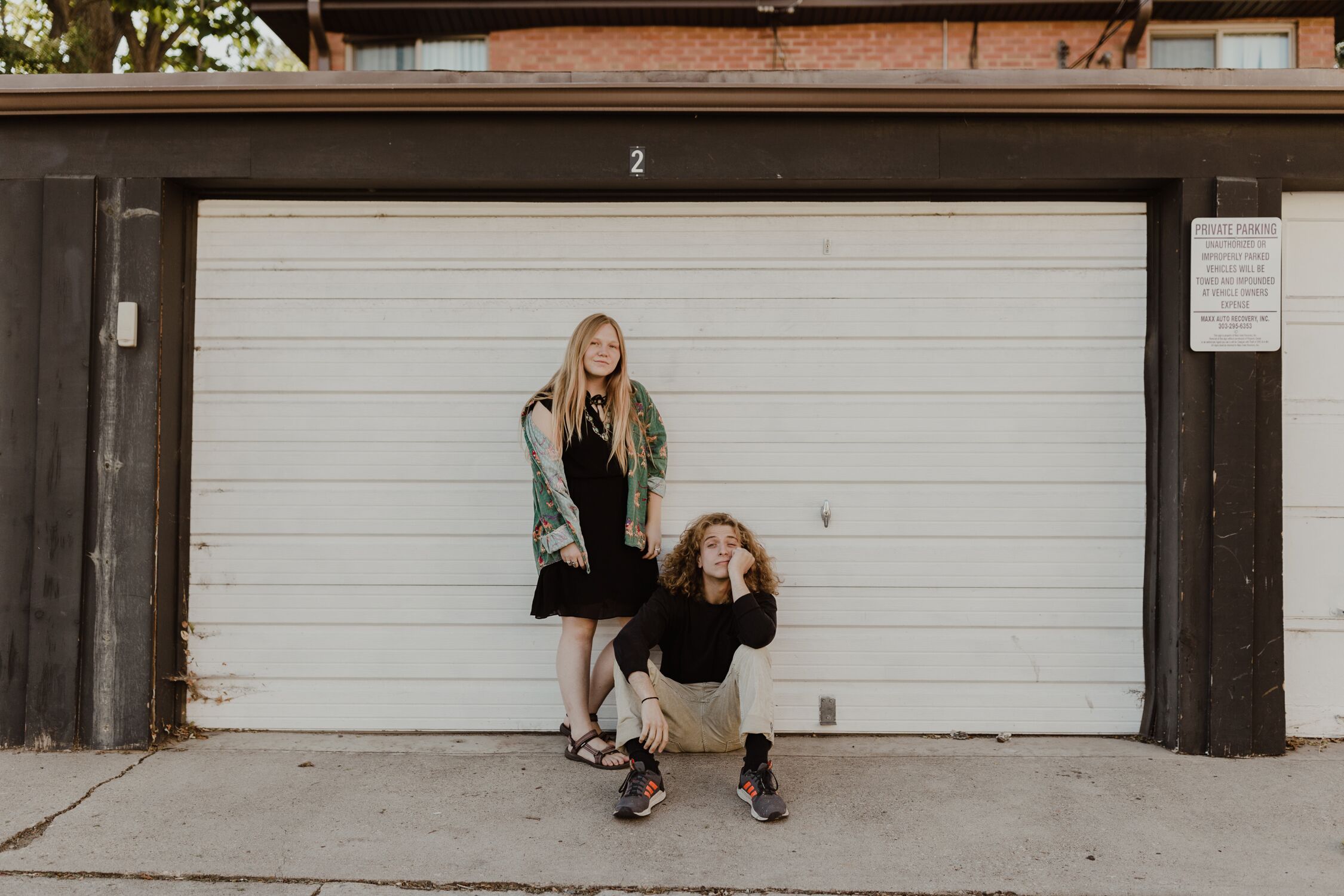 On one of their newest songs, the excellent “Solomon and Jericho,” Reid sings, “I’m living life on a fucked-up schedule, shits crashing my potential for a taste of fame,” over sparse guitar noodling, treating the bare-bones song like an open confessional. A few smiles and laughs during our conversation, don’t take away from the constant struggle to succeed, but Reid and George are all in — going so far as to purchase a 1985 Ford E 350 with a shot engine, and building it back from the ground up.

“When you’re experiencing different scenes every single month and seeing parts of the country that you’ve never been to and never understood, I think your appreciation of just a human condition rounds out your knowledge,” says Reid. “Not to mention choosing to live a somewhat life of homelessness, its a choice. You know, this is weird that we live in a van and have only lived out of a suitcase for two years, but this is our lifestyle,” adds George. 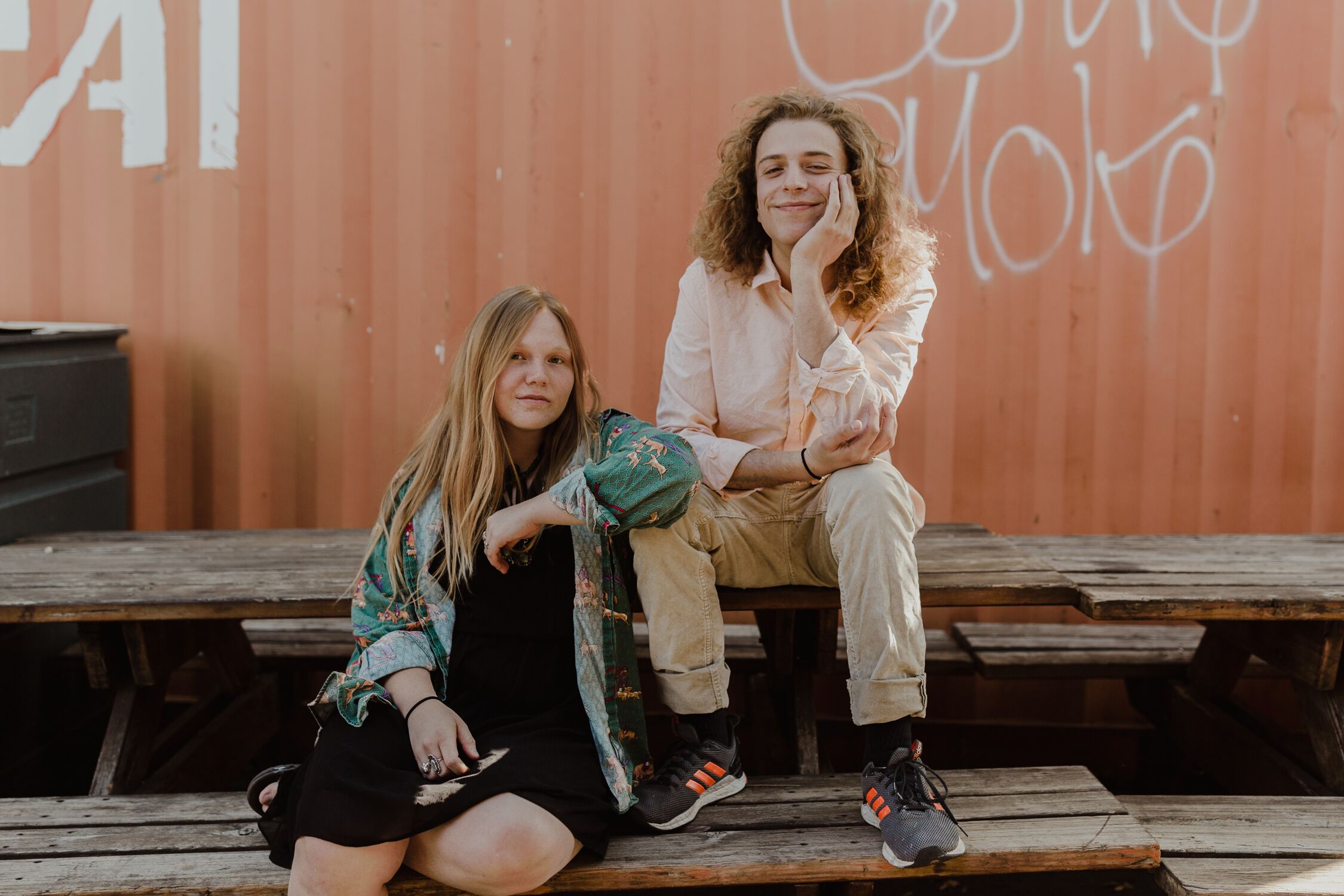 On their endless road-trip, both Reid and George find they’ve experienced humanity at its most genuine, its best and at its worst. Whether that’s being set-up and robbed of their equipment at a San Diego house show by the organizers or finding an unlikely home in Amarillo, Texas where the residents throw the band a huge party when they come through. The latter feeling akin to a homecoming for two people, who for all intents and purposes don’t have a place to call home.

“People are happy at shows for the most part. You’re seeing people at their best a lot of the time or at their drunkest, so they’re happier,” remarks George.  “Or their worst, which is also amazing— you have a lot of genuine experiences with people.”

Although they may only be in a city for one or two days at a time, they’ve managed to turn the finite interactions into life long friendships and partnerships many of whom build each other up and support each other’s endeavors, connecting through social media and keeping the momentum rolling for when they inevitably return. With the new RV serviced and ready to roll, Whole Milk won’t be settling down any time soon, in fact, as this is published they’ve already hit the road again. Hell, they even have plans to re-up on their television dreams, diving into the absurd things that happen during their travels. 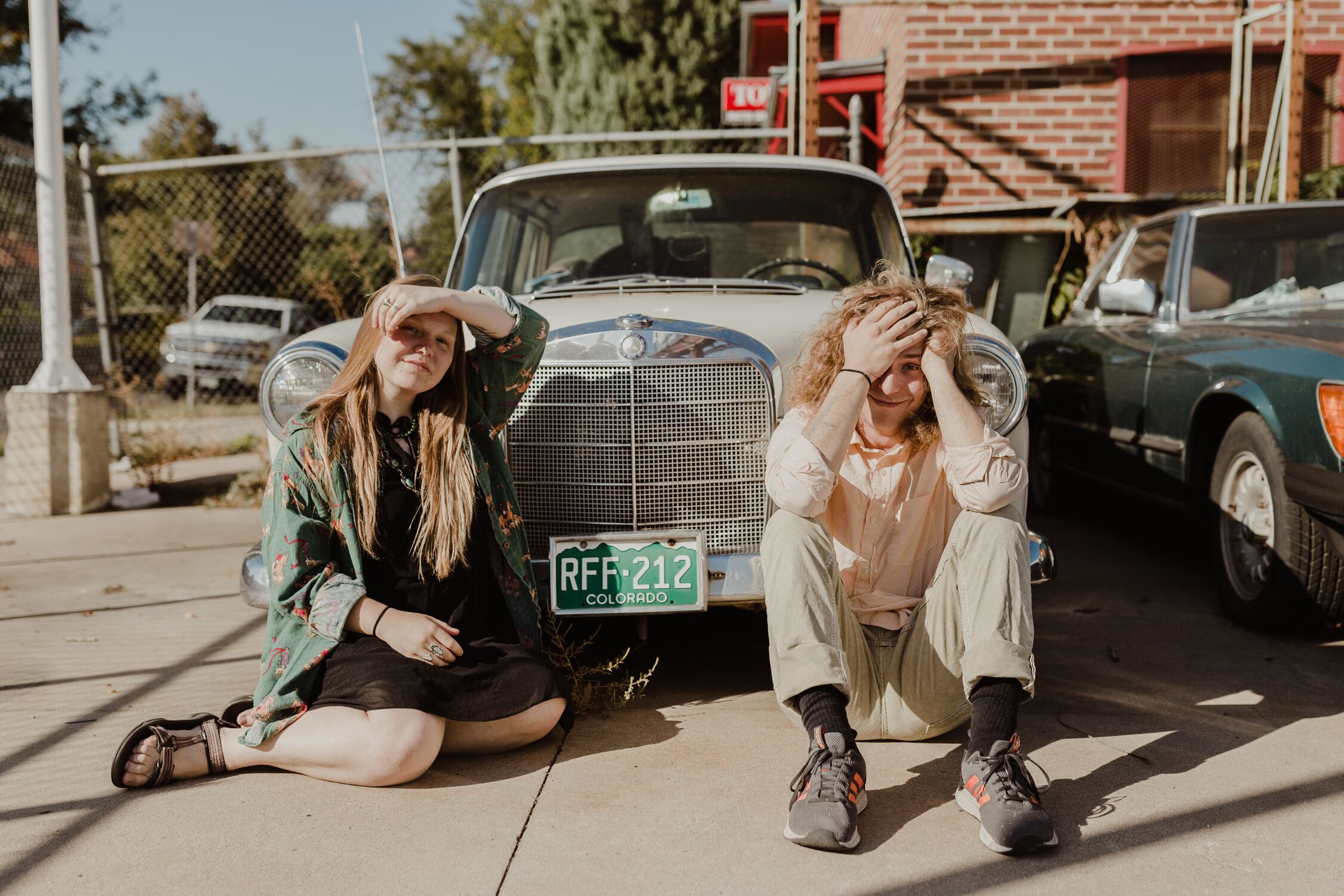 There’s no illusion of grandeur or glamour for Whole Milk. In fact, its a whole lot of processed food at 3 a.m. when the loadout is finished and the fans have long gone home, cramped quarters, going without showers and living day-to-day from suitcases. The band now at least has a bed to sleep within their new RV — a creature comfort they’ve gone without for far too long. They have a couple of hundred shows under their belt and more ahead, where the air is thick with sweat and stale beer, and they couldn’t be happier.

“We love the grunge of life. We’re all here showering every day and showing up to where we can in our nice clothes, but we’re all animals and it’s fun to like acknowledge that.”

Whole Milk will return to town Saturday, October 19 at BarFly to celebrate the release of their new EP, Rockmelon, alongside Andrew Sturtz and Dollhouse Thieves.

All photography by Bridgett Burnett