Electro-swing is one of the most notorious and well-defined EDM flavors to emerge in the past few years. As its title suggests, it combines the influences of swing music of the ’30s and ’40s with modern-day house music. Hard-pressed are we to name a group more connected — and formative — to the movement than the Paris-based band Caravan Palace.

Their unutterably titled 2015 album, <|°_°|> (sometimes called Robot Face, though we’re dying to know what noise your internal voice produces when you “read” it) peaked at #9 on Billboard’s US Dance/Electronic Charts. Its single, “Lone Digger”, boasts more than 74 million Spotify streams.

Such an exponential rise usually precedes an insipid fall — right? Not so, argues Caravan Palace. Interpret the band’s new album, Chronologic, and the subsequent tour as their statement to the world that electro-swing is not a bygone trend but a fully-formed genre, and it’s here to stay through the next decade. As part of their effort to build momentum going into the 2020s, Caravan Palace will swing through Denver’s Ogden Theatre on Monday, October 14th. 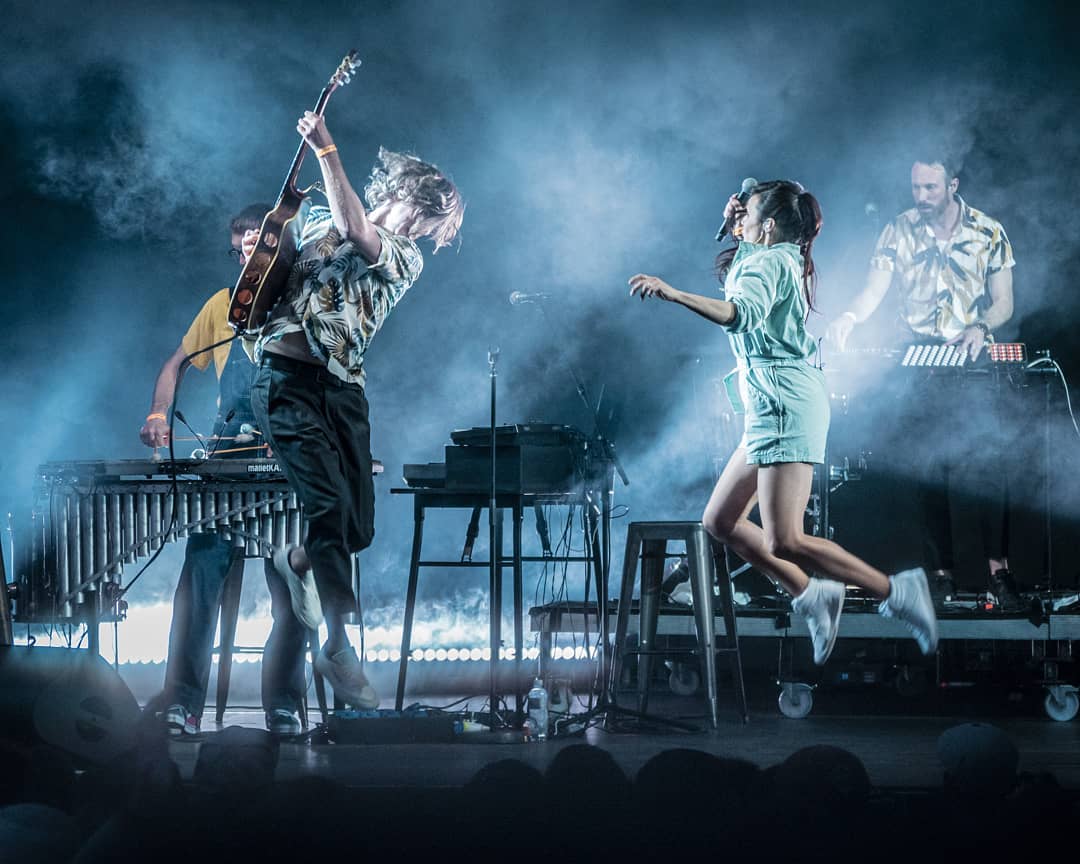 The band performed at the Ogden once before in June of 2016 (they also graced the Gothic Theatre’s stage back 2014). The group picks venues without chairs for a reason — expect to dance until you wear a hole through your vintage stockings. The band members themselves will share in the revelry, pairing up to show off their partner swing moves to the beat of their own live instrumentation.

To make their previous albums, Caravan Palace stuck to combining gypsy-inspired jazz and house music — the bread and butter of electro-swing. The independently-published Chronologic, however, is a concoction of multicultural references, incorporating elements from R&B, hip-hop, soul and future bass. The album also varies more in pace and sentiment than their previous projects — busy dance bangers like “Miracle” and “Supersonic” commingle with melancholic, atmospheric songs like “Plume” and “April”.

Seeing Caravan Palace in concert is undoubtedly best way to experience their multidisciplinary artistry, but if you like to pair optics with audio, consider checking out their provocative animated music videos for “Miracle” and “Lone Digger”. Odds are you’ve seen the latter — it has over 220 million YouTube views. Witness these visuals at your own discretion, though — I’d describe them as the after-dark versions of Zootopia and The Road to El Dorado, respectively.

Caravan Palace’s creative output is haughty, uproarious and nostalgic. They flirt with surrealism and absurdity in a manner so inescapably (and alluringly) French, making their worldwide fans wistful for a time they’ve never lived through, à la Midnight in Paris. Don your trilby hats and rayon slip dresses on October 14 to party with this touring band that performs like a more like traveling circus. They combine components of the oldest and the newest recorded music to make a kaleidoscope of the century’s best dance beats, and the Gatsby flapper that lives in all of us wouldn’t miss their concert for the world.

Buy tickets for Caravan Palace’s performance at the Ogden Theatre on October 14 here.