There are few bands who can play in such an oppressively hot sweat lodge and still maintain an outstanding level of enthusiasm from their drenched audience. Caravan Palace‘s Wednesday night show at the Ogden was a moist one, indeed. I haven’t been so thoroughly soaked at a show since my club days of going to warehouse parties in Bushwick before that was a cool thing to do. (Eh, am I getting old?)

But that didn’t stop us from swingin’ and jumping, shimmying and shouting for more. Caravan Palace is sort of like if you took the gypsy vibe from Gogol Bordello, the charm and charisma from Squirrel Nut Zippers (if you think you don’t know this band, you do) and the electro-funk from Chromeo, mashed it all together into a sharp dressed Frenchman—and then that Frenchman took you swing dancing at the circus. Their brand of music, from the shrieking horns (can I get a hell yeah for clarinets?) and cool vibraphones to the jazzy piano and that sultry (double!) bass, just makes your body move uncontrollably—in best way. If you think you can’t dance, try listening to Caravan Palace and it may just happen naturally. You’ll be surprised. 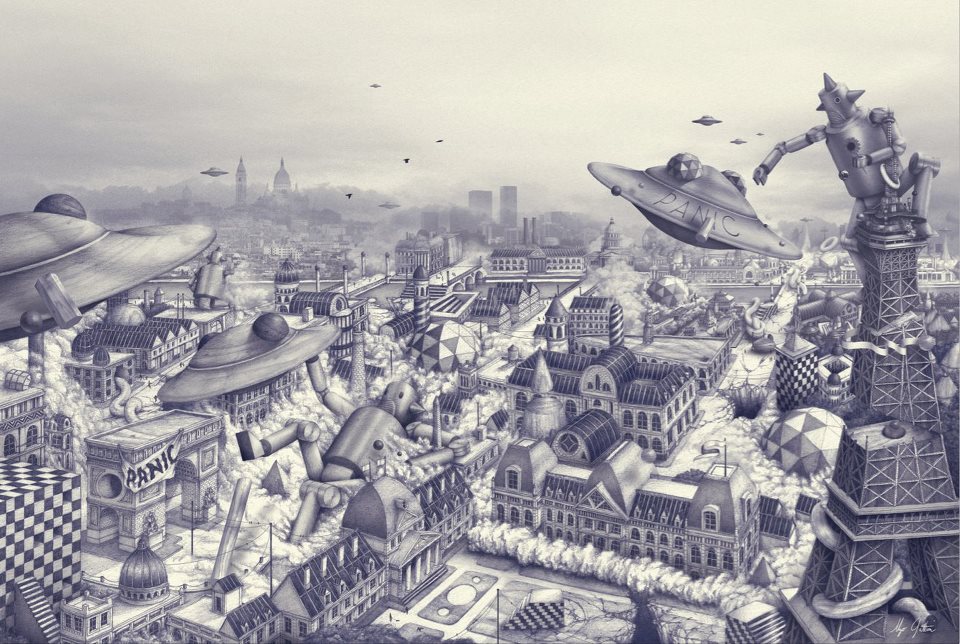 They scat and they bee-bopped. They danced with each other, spinning round and round the stage. Lead singer Zoé Colotis (a real live version of Betty Boop?) changed her outfit, oh, maybe four times throughout the night. Perhaps she sweat through her first dress, or maybe she just needed to change into her hooded alter-ego when she seamlessly transitioned from jazz scatting in one song to practically rapping in the next. Other band members also partook in contributing vocally, from deep throated frog impressions to spitting beats and looping them into the tracks.

They covered Ram Jam’s Black Betty, which looked like it took a lot of energy (repeating that damn chorus over and over and over, with gusto!). It was a hit (and a sing-a-long), but I honestly thought it was the least exciting part of the show. Because their own music is just so much better than that song could ever hope to be.

Caravan Palace takes traditional swing music and turns it into bass-heavy dance beats, and all the while playing real live instruments. Hugues Payen’s violin adds an element to the music that only violins have the ability to do—it’s something romantic, something nostalgic, something deep and more meaningful. Between the myriad of instruments and the neon robot face (<|°_°|>) that is the band’s (unofficial?) logo glowing white on the stage, Caravan Palace manages to perfectly combine old time elements of classic jazz music with new age house beats to—dare I say it?—create the most perfect dance party that there ever was.

Check out their brand spanking new music video directed by Kevin Phung and produced by Double Ninja for Wonderland off of their most recent album Robot Face, released in October 2015: