Longtime No. 54 trolley car passengers of the Old Spaghetti Factory in downtown Denver were heartbroken when the iconic restaurant stopped serving marinara and meatballs a little over a year ago. But last Friday, the public got to return to the historic 1889 restaurant sans spaghetti for a game of putt-putt instead. The building might not have changed its late 19th-century red brick-and-mortar facade, but the $5 million interior transformation has certainly turned heads. 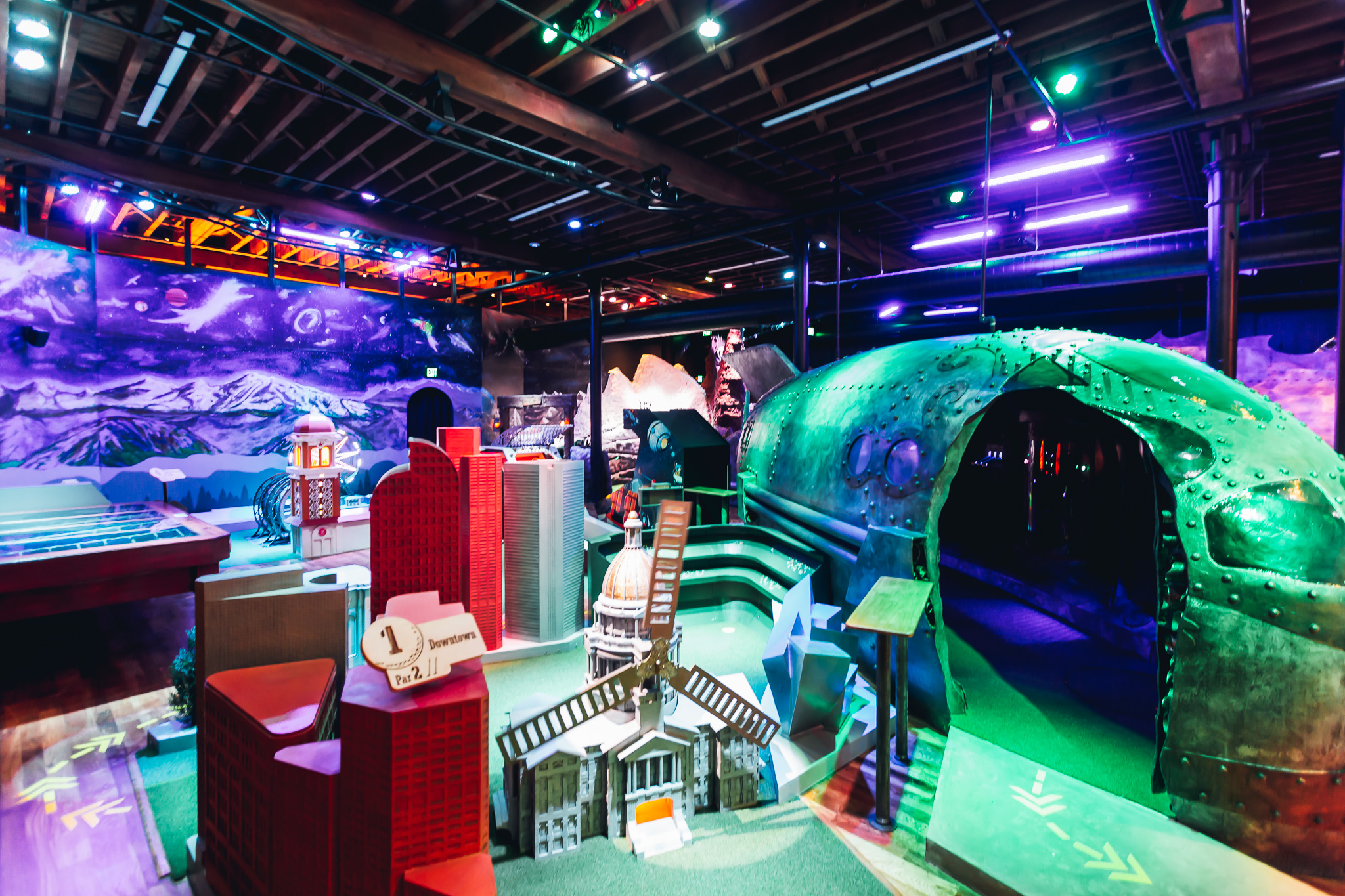 If Denverites had guessed as to what would eventually move into the American-Italian restaurant space, we doubt they would have envisioned Fox’s creation.

Fox though, says he’s been practicing the art of mini-golf magic for many years now. The idea for Urban Putt stemmed from a series of wild San Francisco parties he’d throw at his home.

“My wife and I used to throw house parties. Bring-your-own-hole miniature golf parties,” Fox said. “People brought their own holes. Over the years it got to be a bigger and bigger event and we really enjoyed it. It did eventually start taking over our lives. Because you do this every two years. You have 200 people trashing your house. We would put tubes in the walls, so you could putt from upstairs and have it [the golfball] come out downstairs. So that’s commitment. Or insanity. Just choose your option on this one.” 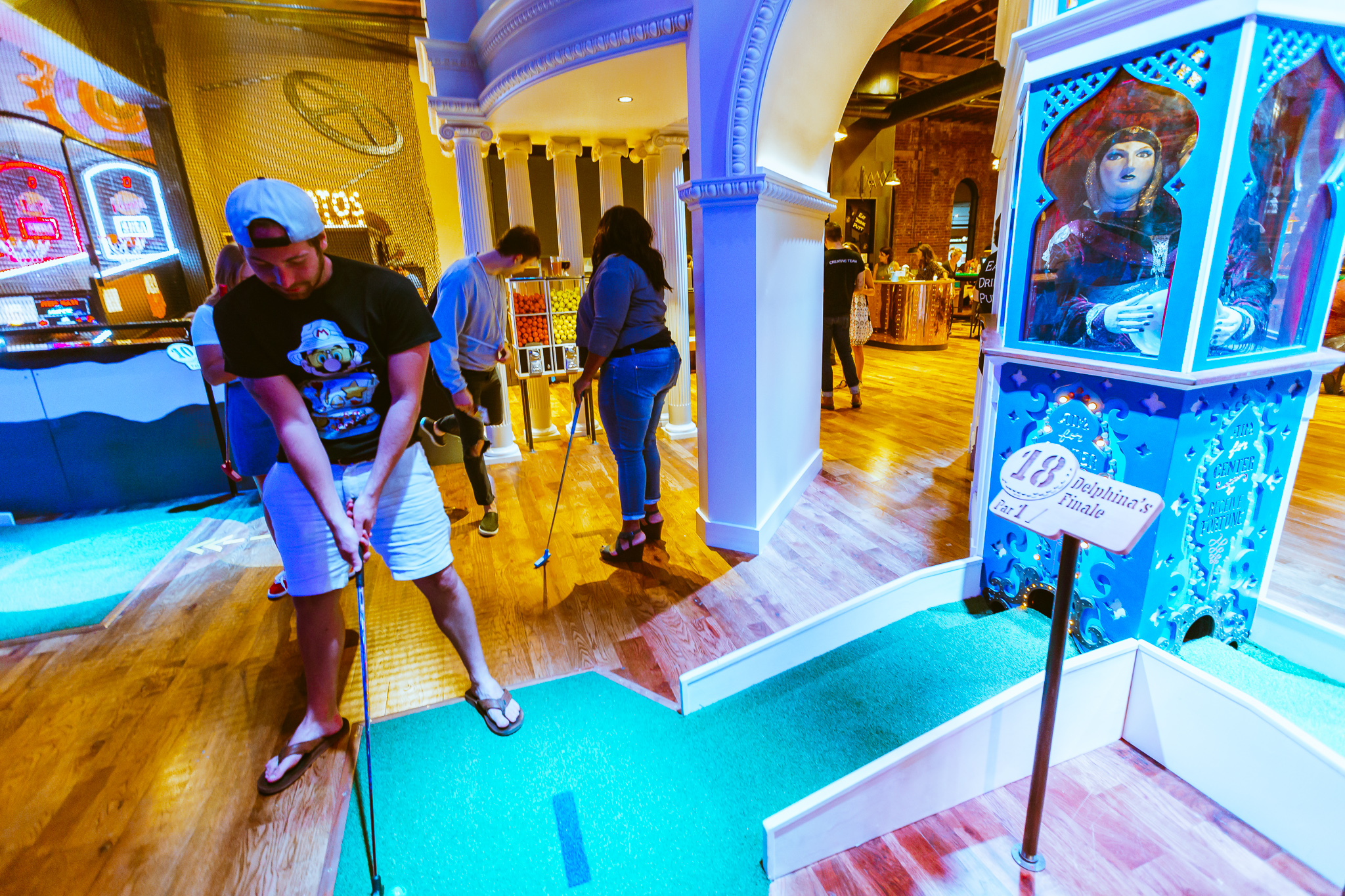 “The holes were remarkable, funny, often political, sometimes maybe a little questionable and conceptual,” he said. “I can remember a hole called ‘Escape From Gitmo’ where you had to put on handcuffs and an orange jumpsuit before putting. We also had a hole we did one year. It was a therapy hole. The idea was if you went into a room, there was a guy with a weird, fake German-Austrian accent and he interviewed you about your issues and then prescribed a various therapy and he had different therapies.”

Fox laughingly remembers the “primal scream” therapy where he heard players shrieking at the top of their lungs in order to play the game.

Although the holes at Urban Putt aren’t as politically charged or silly as the ones at his former golf parties, Fox said his passion for inspiring that kind of fun led him to switch career direction after becoming discouraged by his writing and editing profession.

“I quit my job and went for a year and a half without a paycheck while we did the buildout. I raised money and we opened in San Francisco. So many people thought that was foolhardy,” Fox said. “That was five and a half years ago. It was a tremendous success.”

After Urban Putt’s rise in popularity in the Bay Area, Fox decided to open a second location in Denver, where his wife is originally from. After learning that the Spaghetti Factory would not renew its lease, Fox toured the space and made his decision to acquire it. His wife had a couple of requests though.

“‘You gotta keep the trolley,’ she said,” Fox said. “I saw the building and it was perfect. It’s a beautiful landmark building. Its bones are magnificent.”

According to Fox, the whimsical realm of Urban Putt took over a year to create. His dedicated construction team with a flair for building Burning Man-inspired sculptures assembled pieces in Oakland before shipping them to Denver. It was an arduous feat with months of careful preparation and planning.

“There’s a lot of creativity that goes into something like this and it’s fun,” Fox said. “Everything has got to be unique and designed for the space, for the city, for the location, for the people.”

Unlike its more urban-inspired sister location in San Francisco, Urban Putt Denver has some natural landscapes that immediately impress.

“There is one obvious thing about Denver and Colorado and that is the mountains. In Denver, the mountains dwarf everything. They’re magnificent and they’re defining in so many ways. So it starts with the mountains,” Fox said. 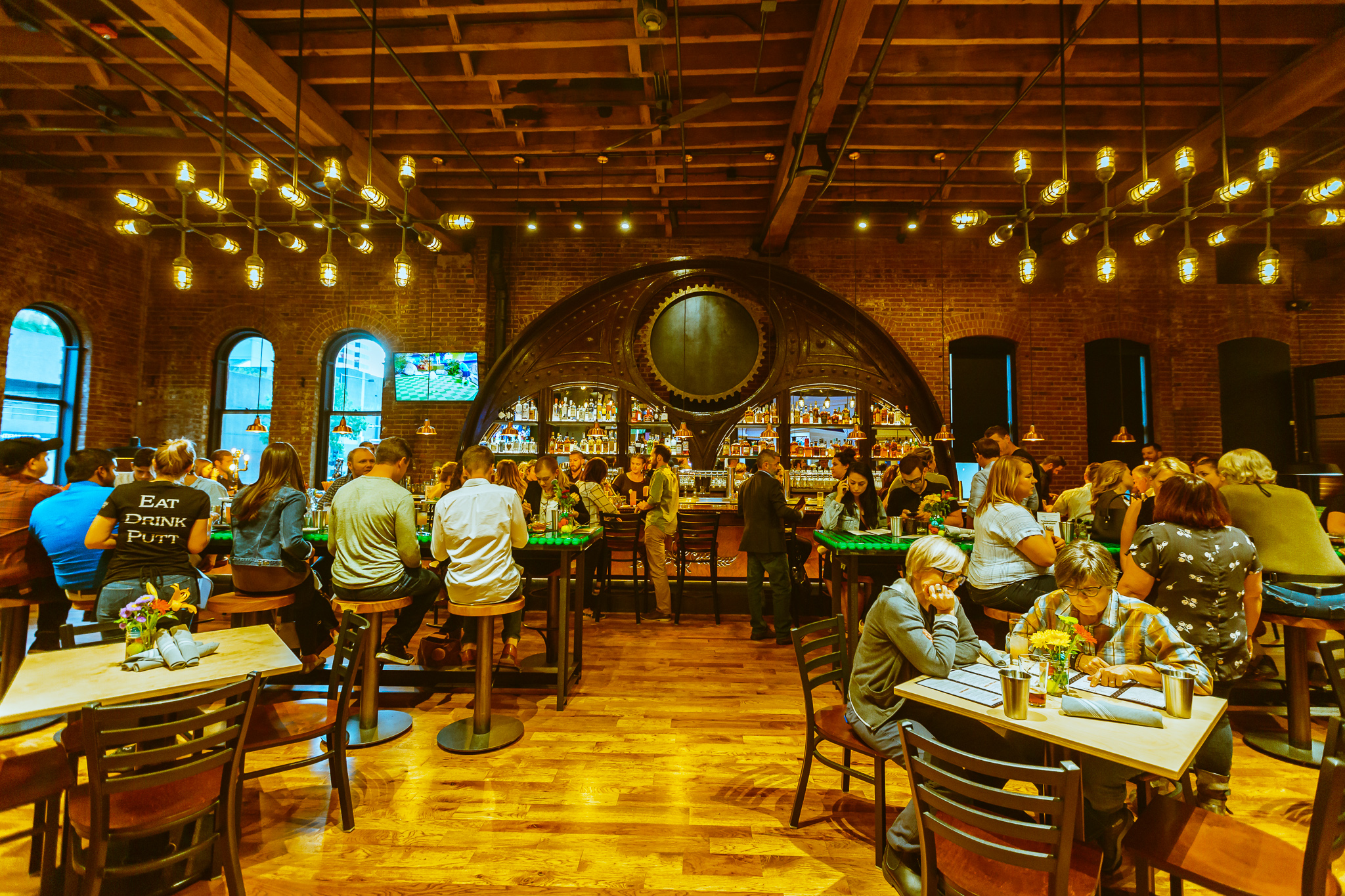 In addition to the two courses, Urban Putt also offers players a food menu of fried olives, grilled cheese, pizza and other late-night, comfort foods you’ll crave and craft cocktails served at the handsome bar once owned by famous Coloradan boxer Jack Dempsey and sold to Fox by the Spaghetti Factory. Urban Putt encourages players to take their drinks with them throughout the course by proving surfaces and small tables at every hole.

For Fox, the main goal of Urban Putt is to have fun and excite the imagination. He knows people might roll their eyes and assume mini-golf is for children’s birthday parties, but he thinks everyone could benefit from playing a round of putt-putt.

“What we have here is this is a form of artistic expression in the form of mini-golf. We’ve ended up being pretty good at creating fanciful, wonderful, joyful experiences and this is what we know how to do. Most people still think of it [mini-golf] as a goofy kid thing, but we’re not kitschy. We don’t take it seriously, but we treat it respectfully. That’s an important distinction,” Fox said. “We try not to be hemmed in by conventions. There is a creative element and I think it sparks that in people. I think people want that.” 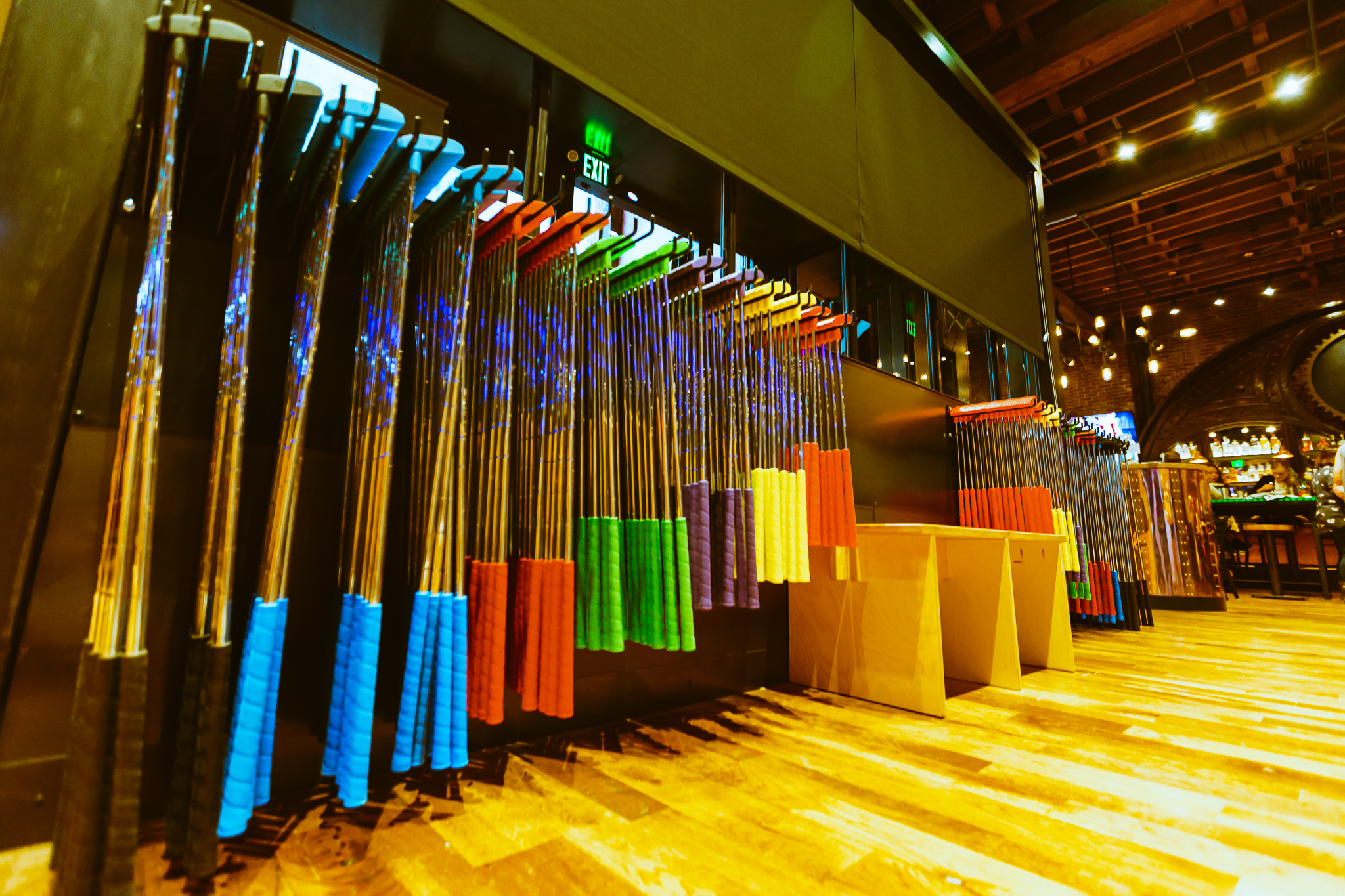