Mission Ballroom has brought an extensive lineup of talented electronic acts that complement the state-of-the-art sound system and visual set-up perfectly. Between having FKJ project silhouettes over sheets billowing on the stage two months ago to Flying Lotus showcasing his 3-D visuals and all of its glory, the ballroom has flexed its muscles in all the ways it knows how. Tycho on Wednesday night was no different.

The show, for the most part, was sonically no better or worse than any other Tycho show throughout the years. There was an expected array of modulated ambient sounds and guitar patterns paired with drums in a way that could almost be a jam band if there was a sax hiding in the corner — but the new visuals they debuted on this tour created an experience that even the most skeptical could indulge in. 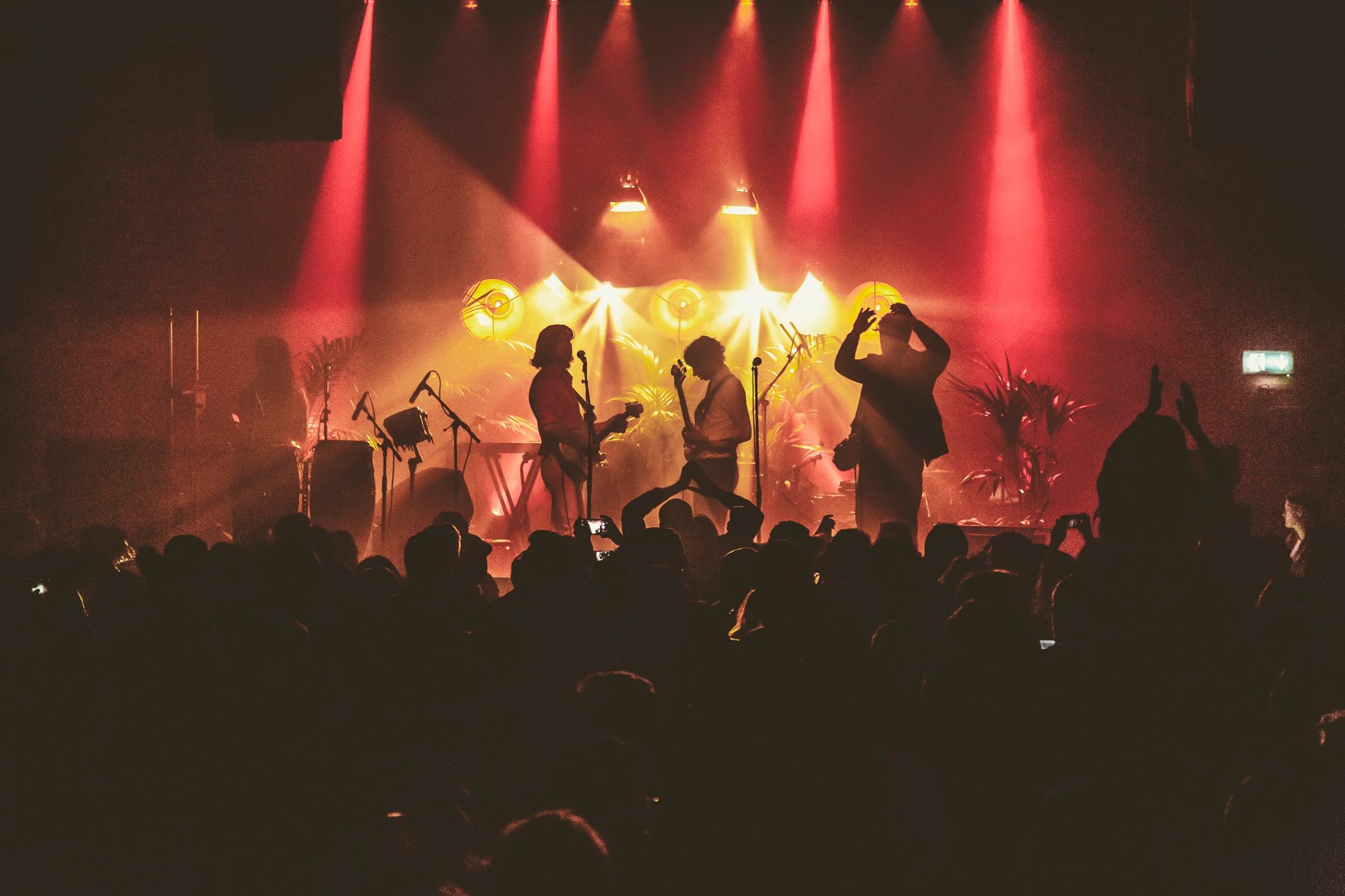 The night started with LA-based band Poolside taking the stage. Poolside has an extensive list of talented musicians as a live band including Brijean Murphy from Toro y Moi, so the expectations for the band — that have remixed and covered several hits successfully including a Tycho song — were high.

I wish I could say the live rendition lived up to the studio recordings. The uptempo bongos paired with the dreamy, almost sleepy vocals created an environment where I was wondering if I was on a Carnival cruise line with a group of sunburned humans listening to what people think Caribbean music should sound like. It wasn’t bad, it just wasn’t what was expected, and for a band that thrives off of putting their own individual twist on things, the live set-up that night was not their crowning moment.

There were moments of reparation, as was the case when they played their cover of “Harvest Moon” by Neil Young. The room exploded into song and it felt like the precipice of where they could have gone had they changed things around a bit. They closed off the night well and there’s no debate about their musicianship — I just can’t condone the bongos. 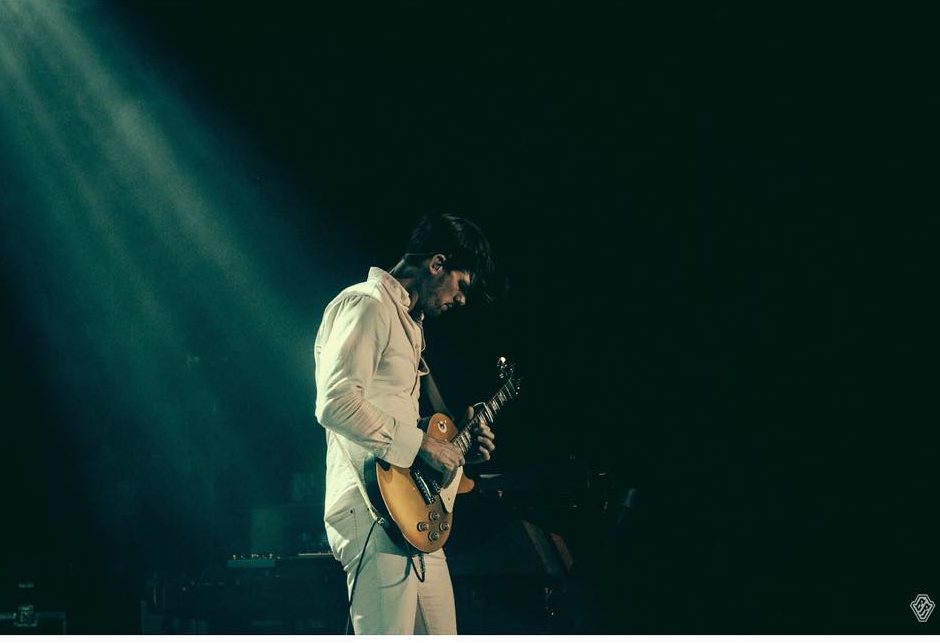 Tycho came on after a short intermission and launched immediately into their most popular song “A Walk.” Scott Hansen, the man behind the moniker, often addressed the crowd, calling Denver one of his favorite cities to perform in. For his live show, he opts for band support, touring with a group of talent including Rory O’Connor on drums who was a standout part of the night.

Tycho recently released the LP Weather and the night was a moment to showcase those new songs on the road. But they also pulled on the heartstrings of old fans by sprinkling in some of their most popular and oldest songs along the way — although their second album Dive did not make much of an appearance. There were a lot of hits that resonated well with the audience  — Weather is in the same vein as previous work with a bit more percussion raising the stakes on the ambient, nostalgic tunes that Tycho produces — and then there was Saint Sinner. 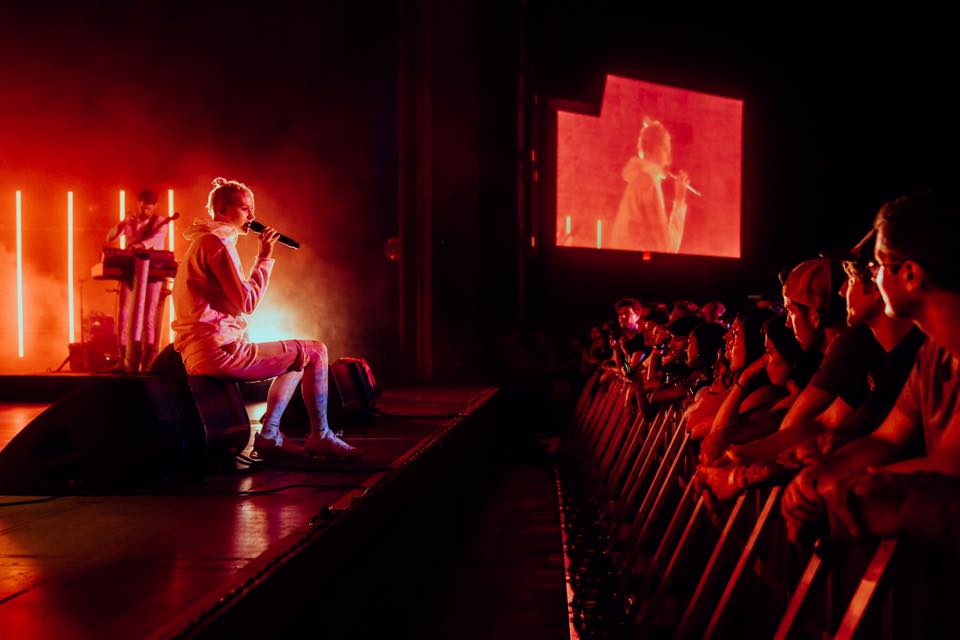 Saint Sinner is a friend and collaborator on Weather, taking on vocals on five of the eight tracks. The singer donned an all-white outfit including white leggings under white shorts and a bad-ass bleached blonde haircut as she waltzed around the stage. For someone with so much personal style and such a great voice, the performance felt like it was very overwhelming for her, making it hard to hear the lyrics sung and understand the mood she was trying to convey.

There were moments that required her to dig into the depths of her emotion, and instead, she stood center stage, looking more alarmed at the crowd than possessed by the lyrics that should’ve torn her apart. It didn’t appear as if she was intimidated. In fact, as far as most states go, Colorado is a pretty welcoming place and everyone in that room seemed to be having an incredible time. But it seems like she wasn’t feeling it, and with a band like Tycho, everything is about how it makes you feel, so the disconnect was a bit jarring. Saint Sinner exited the stage for the last three songs and made an appearance for the encore, where the life in her eyes felt more apparent, so we could just chalk it up to a bad night. 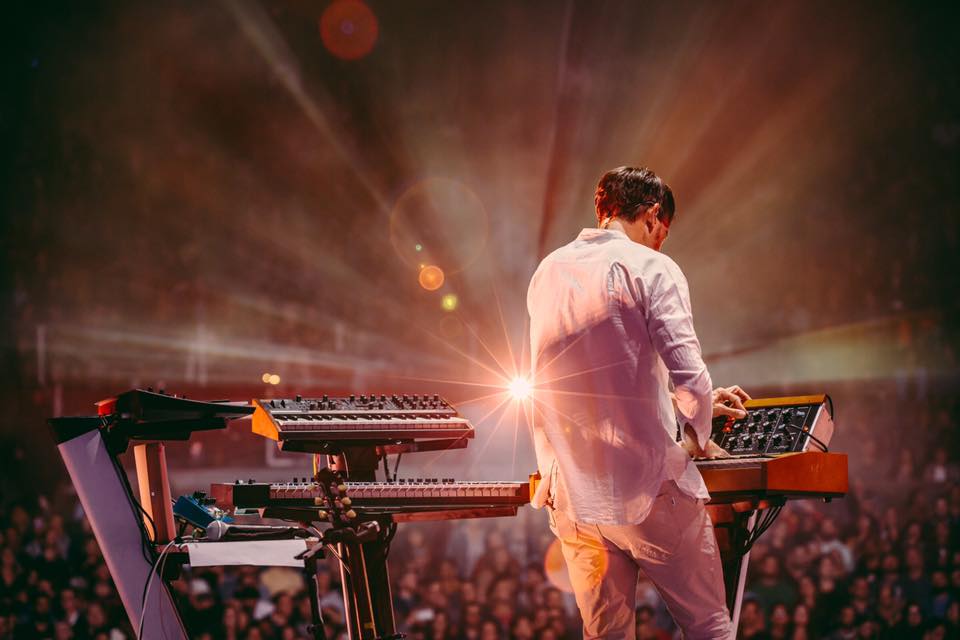 In between songs, Hansen got talkative, mentioning that this was his favorite tour so far because of the visuals accompanying it. He’s not wrong. The stage was set for Tycho’s mesmerizing visuals, gelling between waves of sand juxtaposed by masks of the band members playing on-screen and the lights pumping out rhythm based on the percussion for each song. It was beautifully complex without overpowering the calm sounds radiating from the speakers. The disco ball only lit up a couple of times, letting the band take on the most attention. It seemed like the right move for a moment that deserved some levels of subtlety. Regardless of the hiccups, people come back for Tycho every time he’s in town because sometimes you just need to feel something different. In that realm of music, Tycho never disappoints.