How a Fan Makes a Band – Meet the Juggalos of Colorado

When you walk into a circle that isn’t your own, you have two options — you can join the people inside and become part of the group, or you can stay on the outside. If you join the group, how involved will you be? Will these people be your peers or your family? If you stay on the outside, will you judge the people in the circle, or will you simply look on with humble observation at a culture that isn’t your own?

According to Ivan “Scum” Ovchinnikov — hip-hop artist, co-owner of The Roxy Theatre and creator of Lyrikal Snuff Productionz — we’re all like school kids in a cafeteria, waiting to find our circle. At least, that’s how he explains finding your identity as a Juggalo.

“You know when you’re in school and you have the nerd table and you have the weird, devil-worshiper table, or something,” Ovchinnikov said, “without those other kids at the table, you’d feel completely alone, and you would just feel lost.”

“Juggalos” are the name for fans of horrorcore/hip-hop group Insane Clown Posse (ICP), coined by the group’s music. Today, the name “Juggalo” has grown to incorporate an entire culture and can apply to fans of any group under ICP’s label Psychopathic Records, the rival label Magik Ninja Entertainment (MNE), or, locally, bands under Lyrikal Snuff Productionz (LSP). Juggalos are a superfan group that became famous for painting their faces like clowns, swigging Faygo and shouting “whoop whoop.”

They usually have a tattoo of a “hatchetman” — the silhouette of a man running with an axe— or wear the Psychopathic Record mascot as a necklace (MNE and LSP mascots are also proudly worn by fans in the same fashion.) Although they got their start in the ’90s and were specific to ICP, today Juggalo fandom represents a subculture of dark music filled with offensive lyrics, violence, justice for the underdog and, above all, a sense of family and community within their group.

Ovchinnikov at his desk at The Roxy Theatre. He founded Lyrikal Snuff Productionz, whose symbol is an axe through a saw blade, a cousin of the original “hatchetman” symbol. “We never claim this stuff is fully real,” Ovchinnikov said of his genre’s dark content. “My label is called ‘Lyrikal Snuff Productionz’ because it’s basically a lyrical version of a snuff movie.”

Ovchinnikov, an immigrant from Russia who moved to the states at the age of 14, is a horrorcore rap artist. When he moved, he didn’t speak English and had a hard time making friends. As an adult, and after establishing himself as a touring musician under the name Scum, he bought The Roxy Theatre with his business partner Travis “Slo Pain” Ragan to give kids like him — people who listen to music about death and gore — a place to release. Those outside the Juggalo circle may be taken aback by music that describes murder (listen to ICP’s “Chop Chop Slide,”) but Ovchinnikov says jamming out to such violent music may be a means of therapy for people with anger or emotional problems. It’s dark art. It’s a musical punching bag.

“I grew up as a metal kid,” Ovchinnikov said, explaining that horrorcore isn’t for everybody. “It was the same thing. ‘I hate my life, I hate school, anger, anger, anger. I would go to a show and jump around in a mosh pit and scream, ‘Kill your God,’ or something. But then I’d come home, and I’d feel better for a while. There’s others there,” Ovchinnikov continued. “They’re like me.”

Danial Allman, 33, became a Juggalo around age 12. His cousin came to visit his home near Colorado Springs one day and brought over ICP’s album The Ring Master. Soon after hearing it, Allman became a hardcore ICP fan. He found out Independent Records & Video — a store in Colorado Springs — carried The Great Melinko CD and were actually selling Faygo — the worshipped beverage of Juggalos everywhere.

Allman has been a Juggalo ever since, even while he was homeless for five years.

“There are a lot of homeless Juggalos,” Allman said. “We didn’t have anything else to do, so we’d paint our faces and gather at the park. We’d go buy Faygo and just hang out with each other.”

Allman, who recently left his job as a lead cook at a restaurant in Cañon City, now works as a traffic control agent. He made it through homelessness with the help of fellow Juggalos.

“They care about how you are,” Allman said of his Juggalo family. “When they see you going through some shit in your life, that’s when the family hovers around you the most.” Allman — who said the only criteria for becoming a Juggalo is liking the music — said his dedication to his Juggalo family and his family’s dedication to him is what has pulled him through hard times. 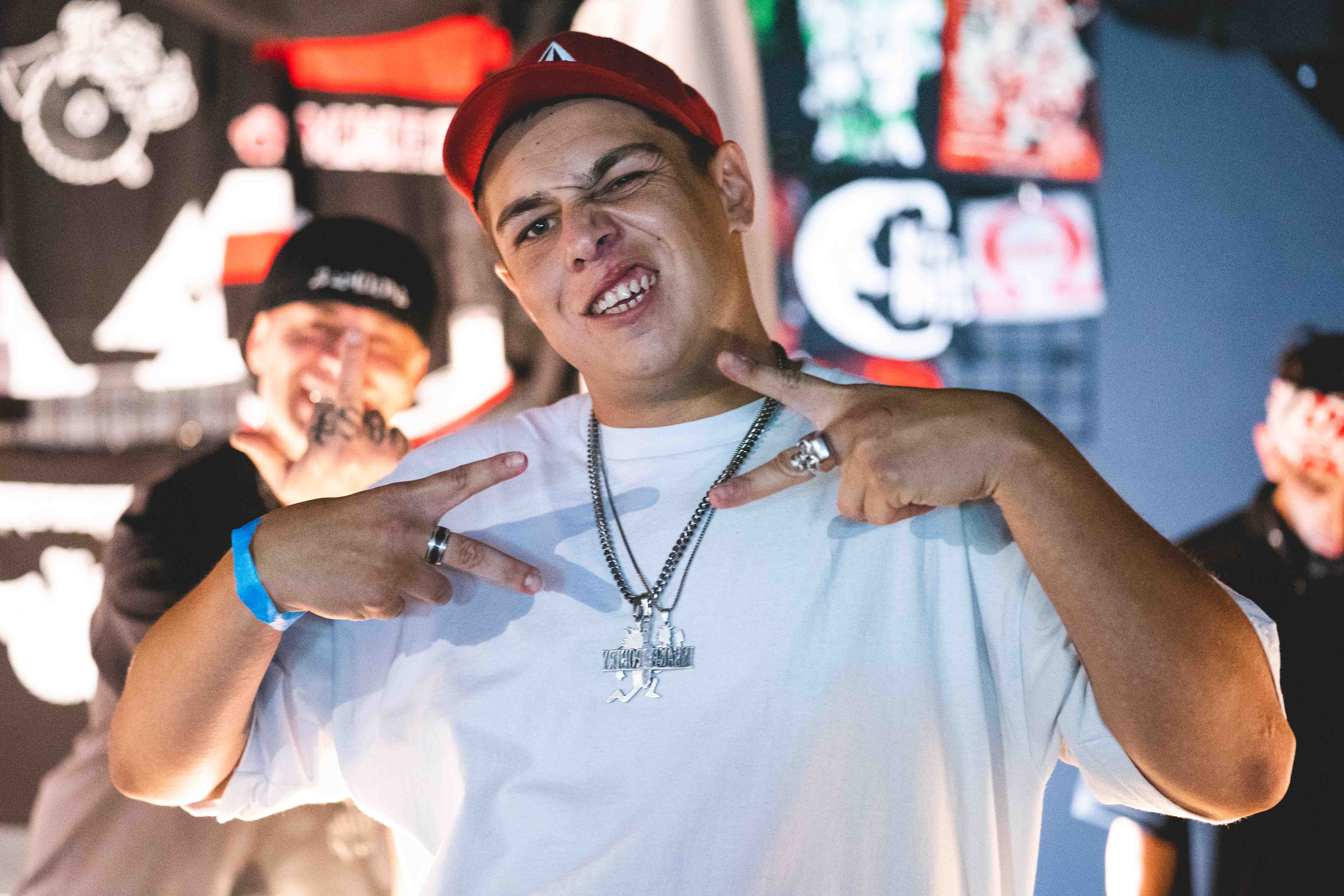 A man at Gorefest — Denver’s annual underground hip-hop festival at The Roxy — poses wearing a hatchetman necklace. Face painting, although easily identifiable as Juggalo culture and popular in the ’90s and early 2000s, isn’t practiced by the majority of modern Juggalos.

Wendy Mullins represents a new wave of Juggalo culture — a more spiritual and artistic one, to boot. Mullins attended this year’s annual Gathering of Juggalos, and it marked a few special anniversaries for her. This is her 17th year being a Juggalo, the 20th anniversary of the Gathering, and it’s Mullins’ 10th Gathering attending.

Mullins is tiny — she’s 4’11” — and an incredibly spiritual person. She is a Pagan and a witch whose first tattoo was ICP album cover artwork from The Riddle Box . She’s also very happy for the changes being made in the scene. There’s now a Juggalo book club, and a feminist Juggalo group called Lette’s Respect.

“We went from being some scrub-ass Juggalos with a dollar to our name to being somewhat bougie-ish, I guess,” Mullins mused. 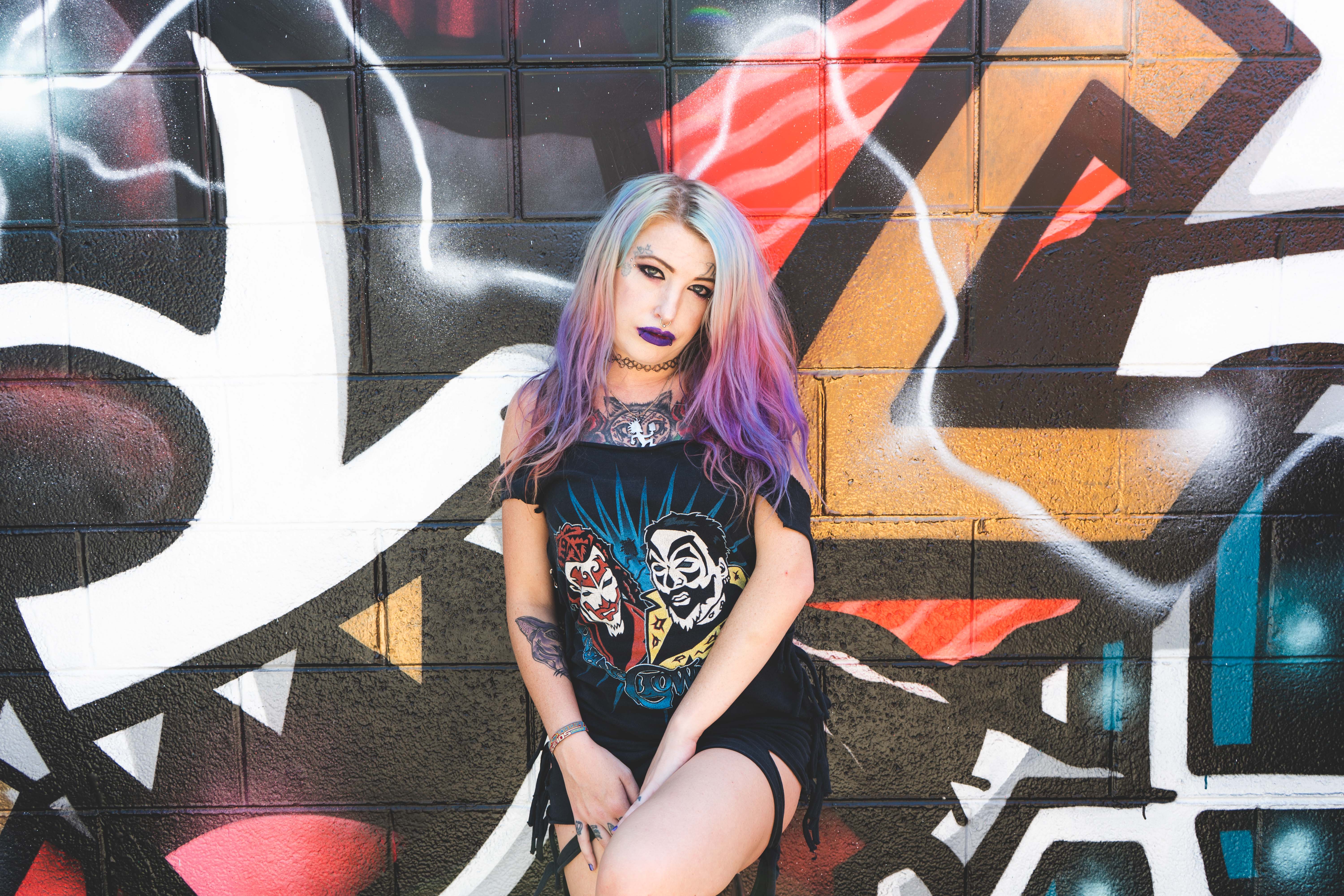 She compared the infectivity of the Juggalo scene to the deadhead scene. Her mom was a huge Grateful Dead fan and even attended the first Woodstock. You can say that music’s bonding power is in Mullin’s blood.

The decision to become a Juggalo and make this fandom part of your identity isn’t casual. Becoming a horrorcore music fan means feeling and identifying with the energy of the artists and of fellow fans. Mullins was introduced to ICP by her older brother, and she was teased in school for listening to their music, as well as Marilyn Manson’s. But the unity 0f the Juggalo group is strong. “[It’s] Just a feeling in the air,” Mullins started. “I can’t explain it.” 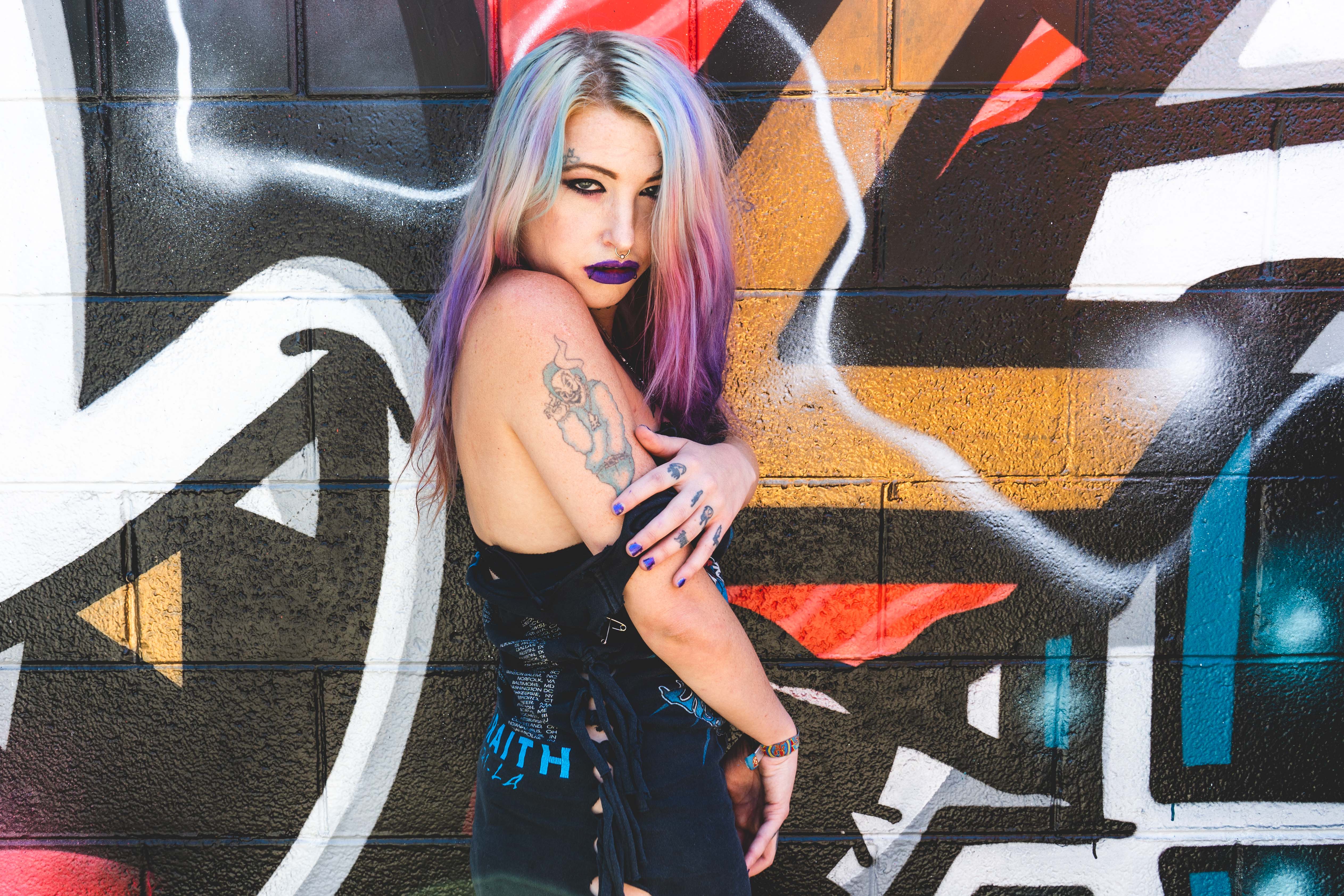 Wendy Mullins shows off her tattoo of Violent J from the ICP album cover Wizard of the Hood, one of her favorite albums. Mullins performed at this year’s Gathering of the Juggalos as a dancer in the Juggalesque Troupe.

The Juggalos have made national news in recent years in their fight against the FBI’s classification of Juggalos as a gang. There was even a Juggalo march on Washington against the label in September 2017. The U.S. Court of Appeals for the Sixth Circuit has since ruled that the label’s challengers — ICP’s Violent J and Shaggy 2 Dope — don’t have a case, since being on the FBI list isn’t an official rule that’s been enforced and caused harm to people that identify as Juggalos, the Washington Post reported.

Yes, there have been instances of Juggalo violence. Like the time a Juggalo cut off another Juggalo’s finger, with her consent, to honor the memory of yet another Juggalo who had died. Or the now-infamous Tila Tequila incident at the 2010 Gathering of the Juggalos, where the reality-star-turned-singer was pelted with water bottles, other debris and then chased back to her trailer by an angry mob of Juggalos.

The Tequila incident was a shocking sliver of news that floated from Caven-in-Rock, Illinois and made it outside the lawless grounds of the Gathering. It seems to be an embarrassment for most Juggalos including Allman, Ovchinnikov and Mullins — none of whom participated in the mob violence that was the Tila Tequila incident.

“I do shows for a living,” Ovchinnikov said. “I don’t appreciate that shit.” Mullins, when discussing the Tequila incident, said she respects all art and music as a whole and is “Not a thrower. Fuck no.”

But it wasn’t totally out of the blue, and anyone who’s attended a music festival — let alone the Gathering of the Juggalos — can attest to the lawless nature of the groups within. The night in 2010 was a dramatic example of Juggalos lashing out against someone they deemed an outsider, and someone who isn’t part of the “family” attempting to cash in. Tequila also isn’t the only person to have things thrown at her — some view throwing things at unwelcome artists, or people they don’t want to see at the Gathering —  as “Juggalo Justice.” Although it seems medieval in nature, Ovchinnikov said that the mob outbursts like this can happen when you get any demographic of people together in a place where they know normal rules don’t really apply. He related the ratio of “assholes” at the Gathering to the same ratio of assholes/regular people you’d find at a mall. Only at a mall, the people who smash windows will be arrested.

Another controversial issue in the Juggalo community has been the divide between ICP’s label Psychopathic Records and Magik Ninja Entertainment, hip-hop duo Twiztid’s label. Both duos — ICP and Twiztid — are from Detroit, and some fans chose to pick sides in the artists’ feud.

“Artists don’t have to get along — they’re on different labels now,” Ovchinnikov said, noting he’s worked with both labels. “You can go see both. You can go buy both their albums.” He noted that the divide in the fanbase is something that might be a deterrent for what he calls “Old Juggalos,” or those who seemed to have outgrown the “golden era” of Juggalo culture.

Listening in from outside the Juggalo circle, ICP’s lyrics are offensive, shocking and angry. It’s that mocking of everything most people in society deem awful that have shot the band, and their fanbase, into the public’s eye and caused them to be regarded as the “most hated band in the world.” From the outside, the stereotypical Juggalo narrative is also a hard thread to follow. ICP’s Violent J and Shaggy 2 Dope proudly stand against racism and some types of bigotry, yet have been called into question over their homophobic and hypocritical lyrics and slurs.

But a fan isn’t their artist, no matter how large and monumental the crowd has become. What a fanbase is — and Juggalos exemplify this perfectly — is a community that shares a narrative, an energy and a love for each other and their music. What the original Juggalo clan has done for the horrorcore scene is normalize a genre people may have been forced to keep quiet about, letting it fester and fetishize without the release that comes with a sense of belonging.

It gave kids a group to belong to, and a community they can call their own. It’s also opened the door for different labels and artists — namely Denver’s successful Lyrikal Snuff Productionz — to create a thriving local scene. At their core, it seems most Juggalos will tell you, they’re just horror nerds. Speaking freely, acting freely and endorsing a culture that will never turn them away, no matter how scary that looks from the outside. 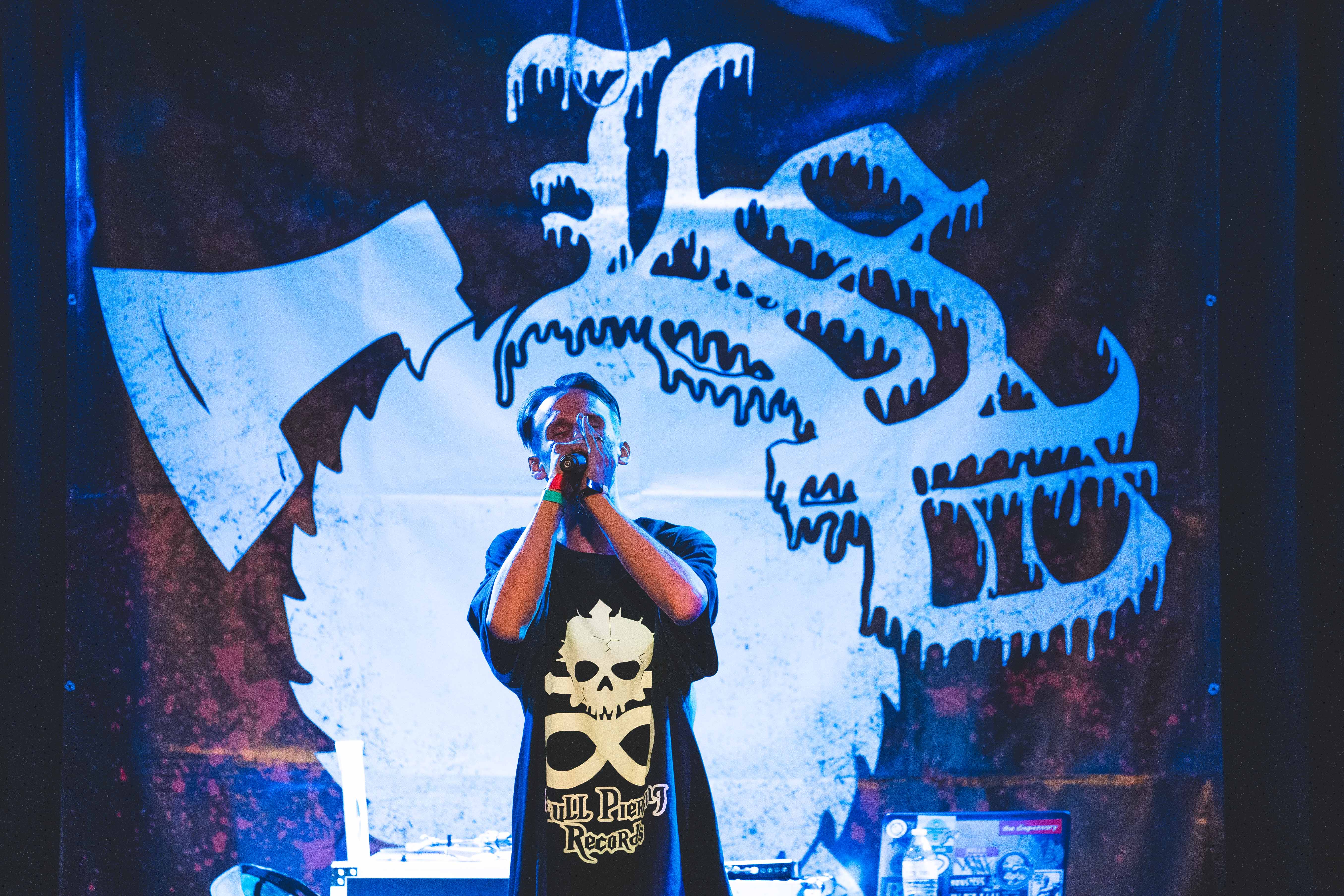 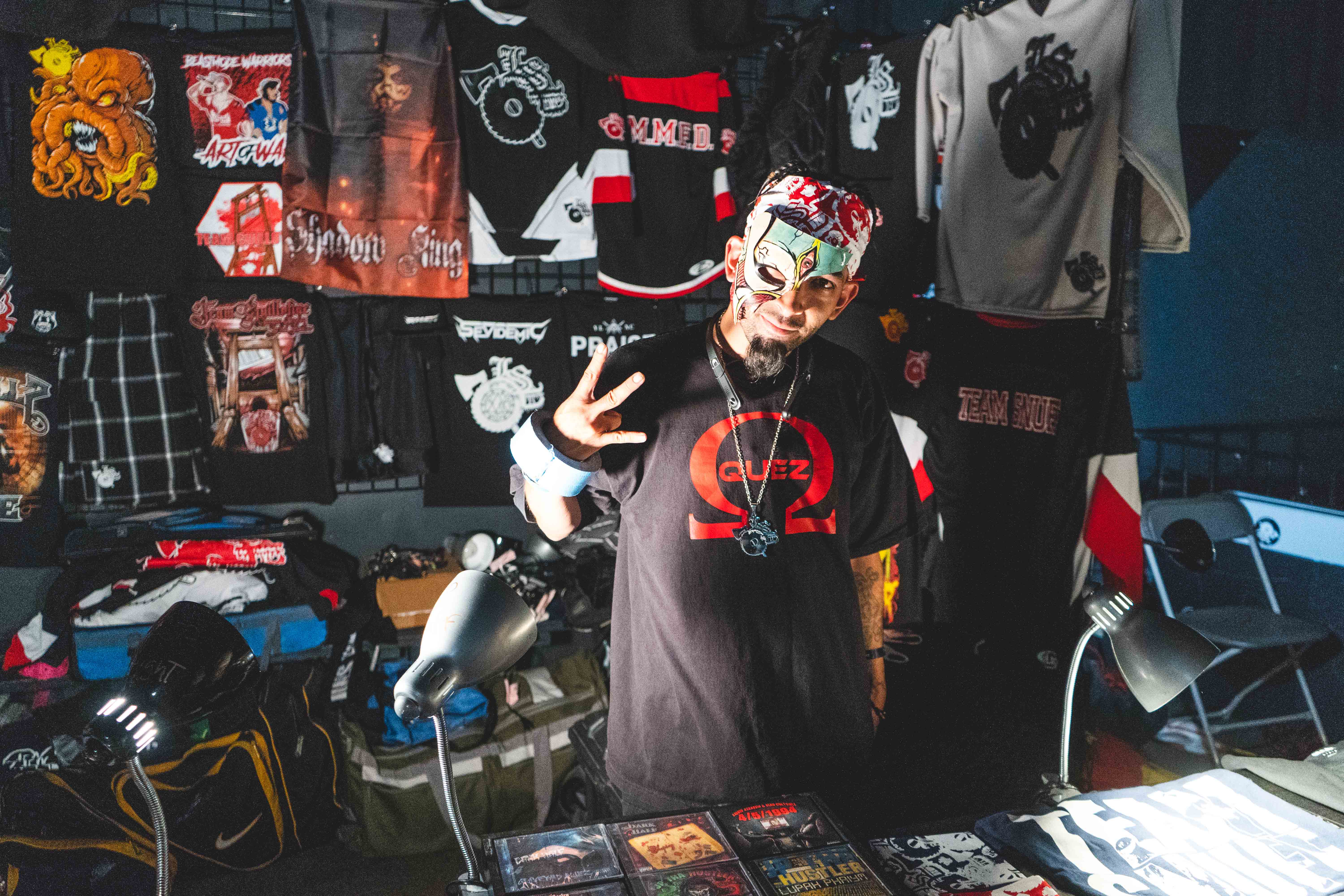 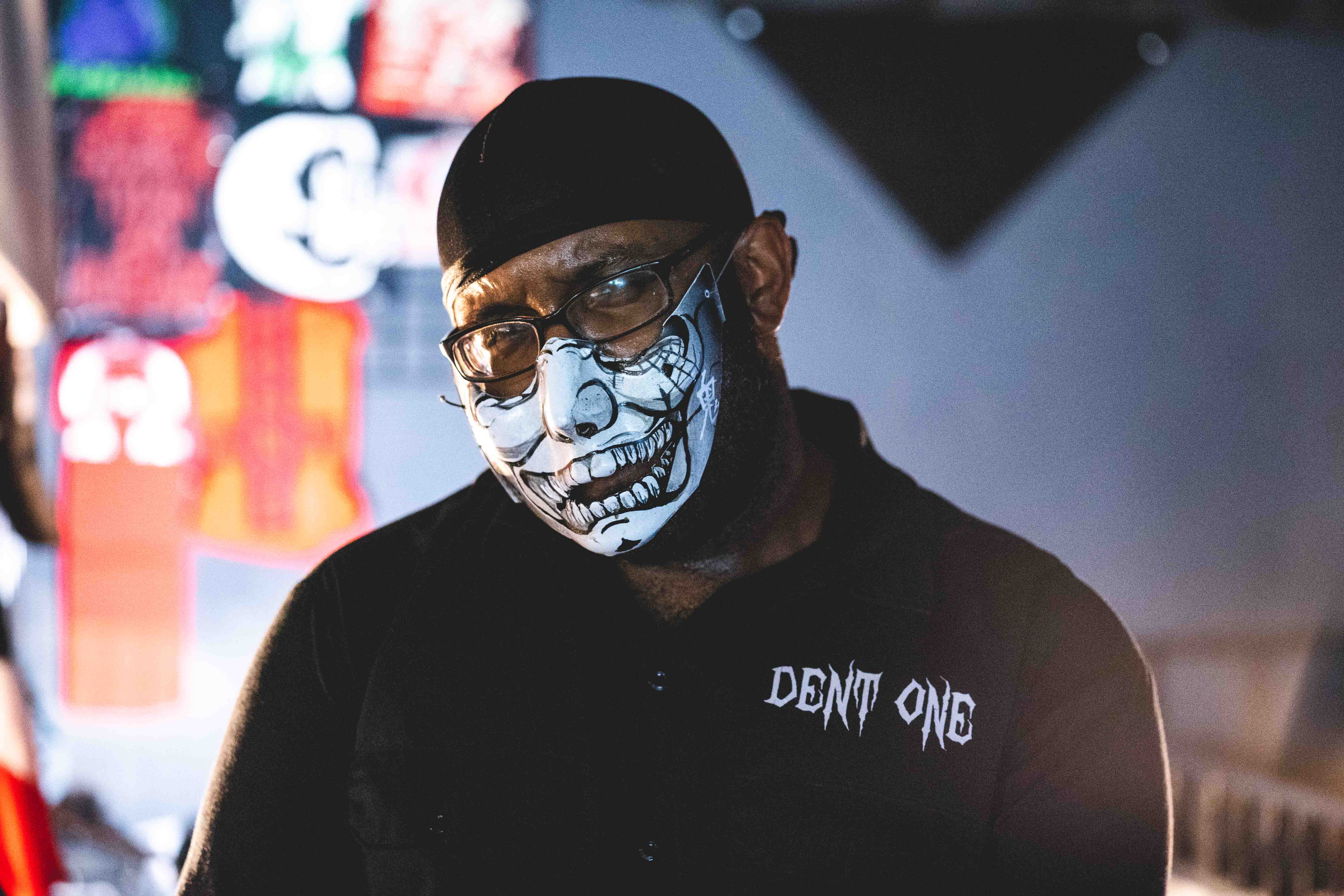 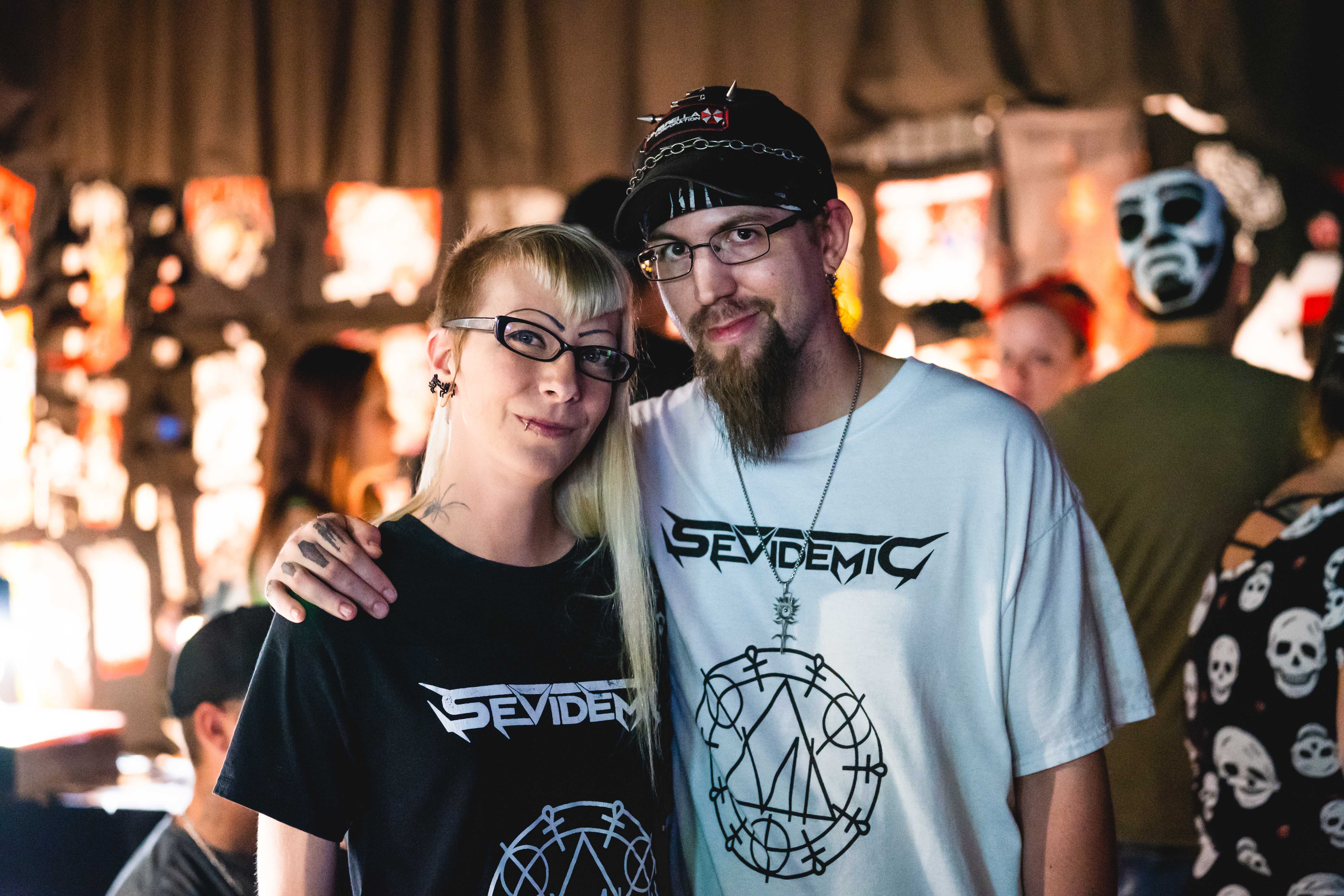