Each year in Denver there is a weekend entirely dedicated to the comedy scene, where every hour offers a different reason to laugh. It’s called the High Plains Comedy Festival (HPCF), and this year it moved from mid-summer to the end of September — September 26 through 28. Although the majority of the festival involves different venues up and down South Broadway — like Mutiny Information Cafe — the big headlining show is at the Paramount Theatre on September 27. And this year, the headlining show boasts a hilarious lineup of three women and one funny local dude. 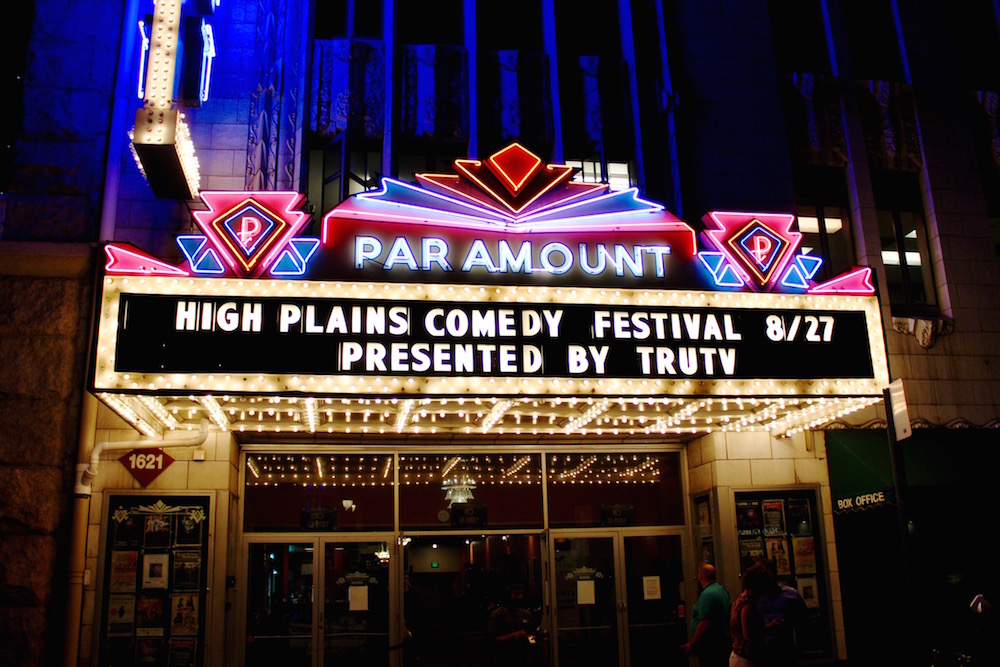 The headlining show at HPCF always features a hometown comedian as the first opener and this year the honor goes to Sam Tallent. Although Tallent lived in Las Vegas until a little over a year ago, he regularly performed at Denver Comedy Works and has participated at HPCF when he wasn’t calling Denver home. Through absurdist stories and quick turnarounds between jokes, Tallent keeps the audience giggling at a consistent pace and delivers punchlines just when the time is right.

After Tallent, the audience will have a complete change of pace with Jackie Kashian and Aparna Nancherla before the main act, Maria Bamford takes the stage. Kashian recently came out with a comedy album, “I Am Not The Hero Of This Story” that reached #1 on iTunes and Amazon and is in the 13th year of her podcast The Dork Forest. Her wit is delivered with a calm, slightly self-deprecating tone that makes you lean forward to listen to every one of her words. Instead of Tallent’s loud and fast fart jokes, Kashian is a loveable oddball.

When Nancherla takes the stage, the vibe will once again change — not because Nancherla isn’t an oddball, she definitely is — rather Nancherla has a distinct voice that adds something unique to her delivery. In this, Nancherla is the perfect runner-up to Bamford, who is well-known for her voice acting. In fact, both Nancherla and Bamford have had voice parts in the animated cartoon BoJack Horseman.

For the final act, Bamford will undoubtedly offer a humorously awkward performance for the audience at the Paramount. Her career in comedy goes back over two decades, with stand-up, voice parts, and a laundry list of character roles in TV shows and movies. Her voice has accompanied us through more than you realize — from Hey Arnold! to CatDog to American Dad! to Adventure Time. While her appearances in TV shows like Portlandia and Arrested Development give her a dedicated fan base who appreciate her ability to act silly and stay funny.

Women aren’t just represented during the feature show, though. Throughout the festival, you’ll have the chance to see a nice variety of women comics — from the live taping of Endless Honeymoon with Natasha Leggero to local favorites like Christie Buchele and Rachel Weeks to comedians who found their groove in Denver (but now live in New York) like Mara Wiles.

Although this is not the first time that HPCF has featured women as the headlining act — in 2016 the duo Garfunkel and Oats filled that role — it is momentous to have three women on stage for the featured night. Much like other industries, the comedy world is filled with dudes and it’s time for that to change.

The show is on Friday, September 27 at 8 p.m. Tickets to the show are still available, here.