An Update on What Meow Wolf is Building in Denver

–
Only a few years ago, the phrase Meow Wolf would have been nonsense, but now it’s a well-known artist collective that is building a second permanent enormous art playhouse in Denver. As we near the end of the summer, construction at the site — in a pizza-slice-shaped wedge between I-25 and Colfax Avenue — is in full swing.

READ: Meow Wolf is Officially Coming to Denver With a Huge New Location 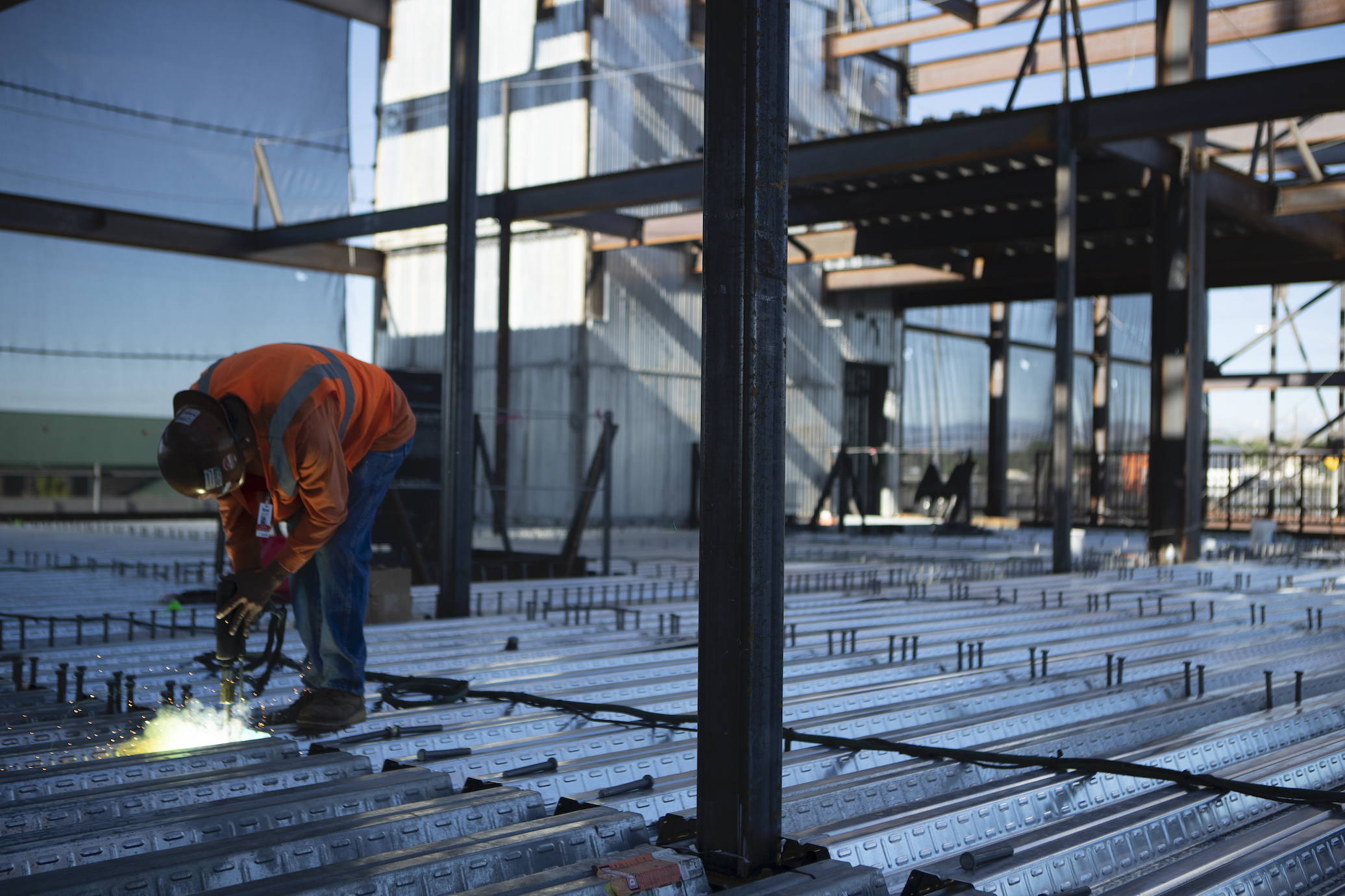 Fans of the artist collective know that anything created under the umbrella of Meow Wolf is a few things — a mashup of drastically different styles, immersive with a capital I and whimsical. Even though photos and video flood social media with views inside Meow Wolf installations, no one truly understands the experience until they go see it for themselves. Since the first permanent exhibition, The House of Eternal Return, opened in Santa Fe in 2016, Meow Wolf’s influence has exploded across the southwest US and especially in Denver. Now, tourists are creating trips that pivot around a visit to a Meow Wolf creation.

In true Meow Wolf fashion, the construction site for this project has been shrouded in mystery. Even though no walls or ceiling exist yet, the pieces inside that are seen while driving on Colfax beg for wild guesses about their purpose but will remain unknown until the whole thing opens to the public. A crane towers high over the unconventionally designed building.

We were so curious, we had to ask the executive producer for Meow Wolf Denver, Jenny Weinbloom, what’s been going on inside. 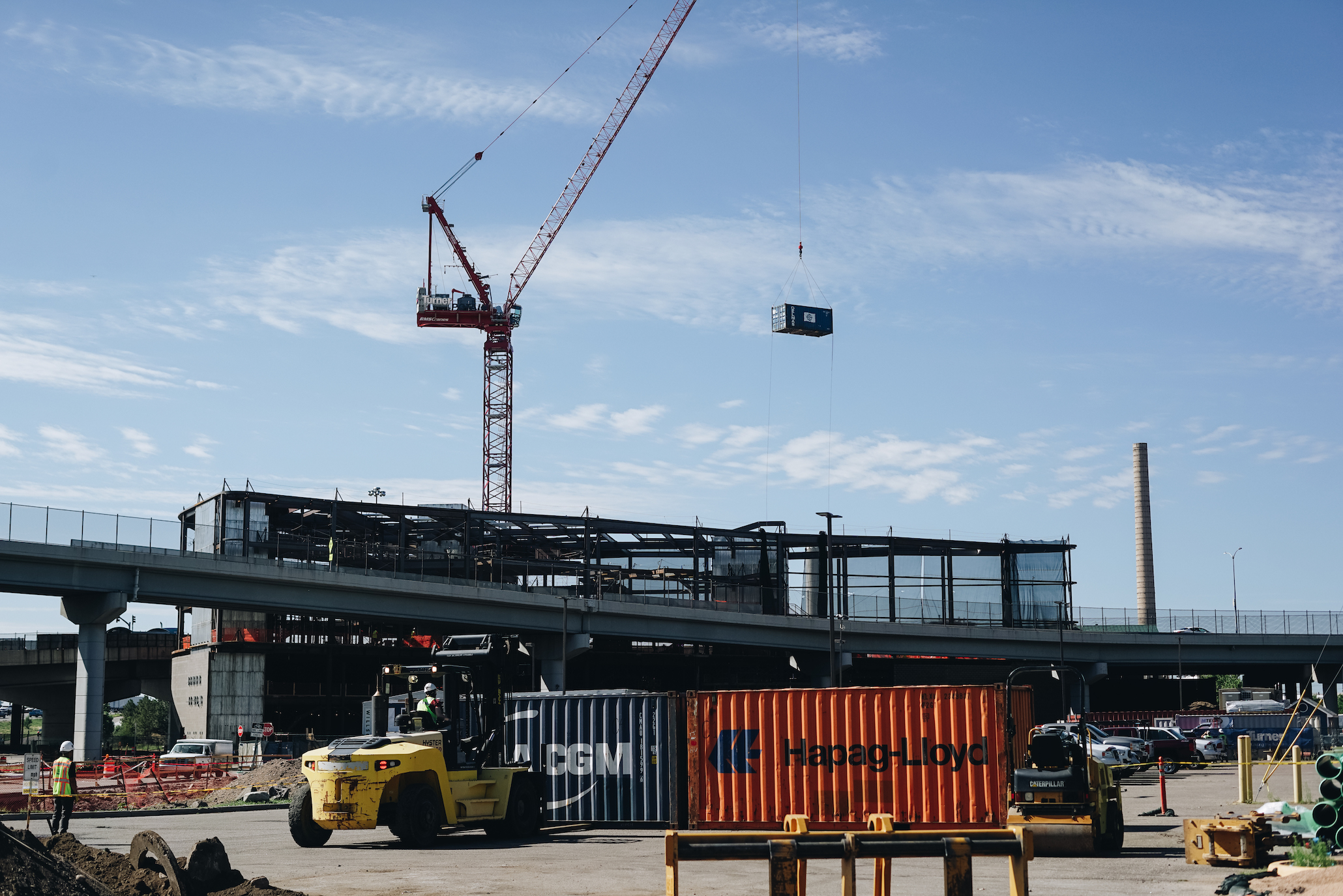 “It’s been a pretty exciting time over at the construction site,” Weinbloom started the conversation with. “Over the last three weeks, we’ve been in the hoist window. It’s a brief period of time when we can lower the largest exhibition items using a crane. It’s the beginning of the installation activities at the site.”

This hoist window is imperative for the artists who create monumental works — too large to fit through the roof, ceiling and framework of a building, even if that building is 90,000 square feet. According to Weinbloom, there are seven or eight of these projects that have been lowered into the building via the crane.

The artists responsible for the enormous sculptures are yet to be revealed, but Weinbloom did mention that “we raced to complete production on [the projects] in time for this deadline in order to lower them into the building.” 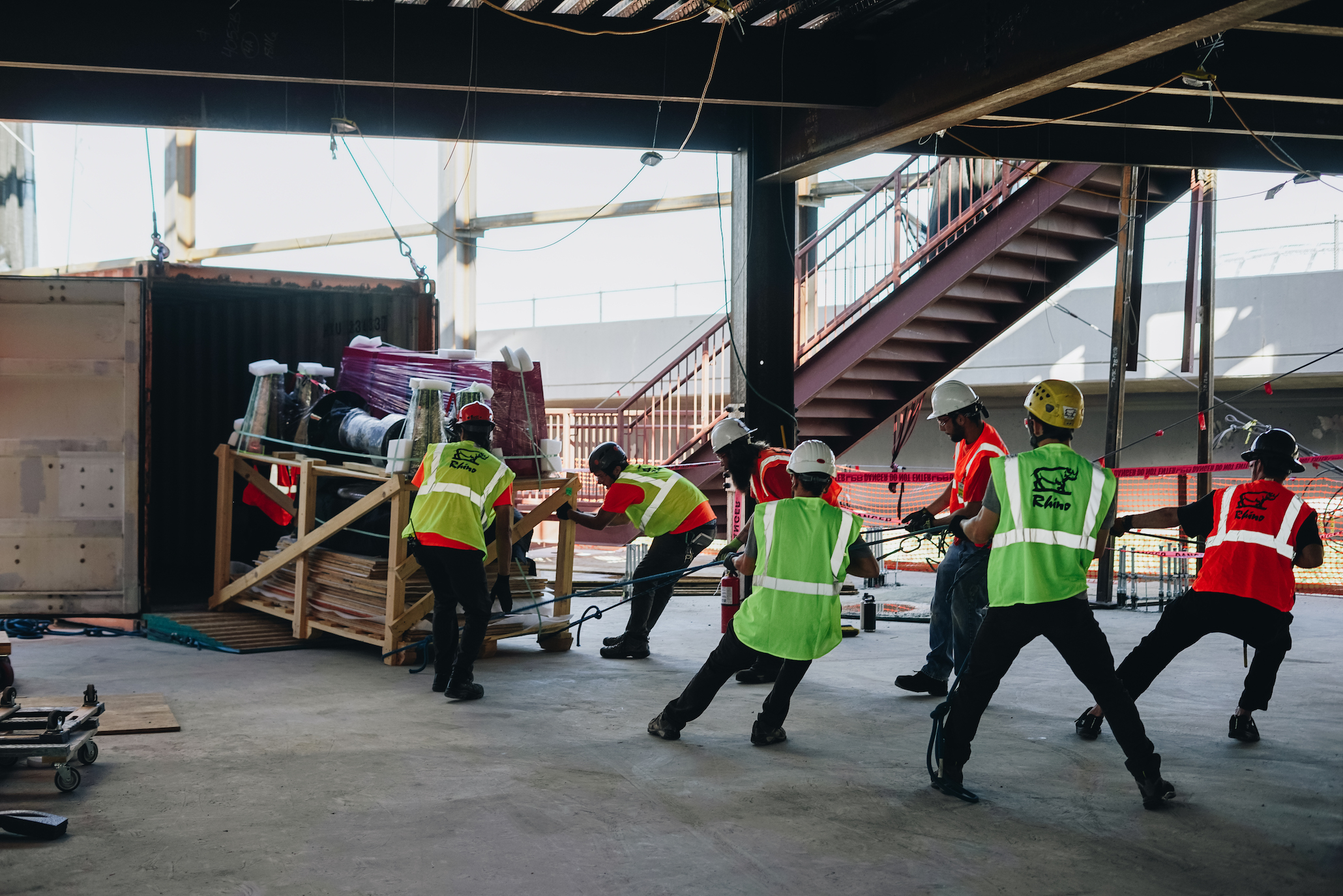 Construction workers at the site. Photo by Armando Geneyro

Even though construction only began earlier this year, fans can start getting excited about the projected 2021 opening date. After all the monumental projects are lowered via the crane, the walls and roof can finally be affixed. From there, as the good weather rolls away, the work inside will begin in earnest. Artists have already been hard at work but in this last quarter of the year, we know inside installation will truly begin.

“We’re really excited because we’ve just begun collaborating with our Colorado local artists. That’s been a really amazing process for us,” Weinbloom noted. “We finally have [gotten] into the design process with them and we are amazed by the creativity and ingenuity. It’s been fun to bring in elements to the exhibition through our Colorado artists that are really unique nods to Denver’s history and culture.”

For now, the theme of Denver’s Meow Wolf is kept under wraps. All we know is that they have a hell of a lot of space to transform inside that skeleton of a building — and we can’t wait to see how it turns out. 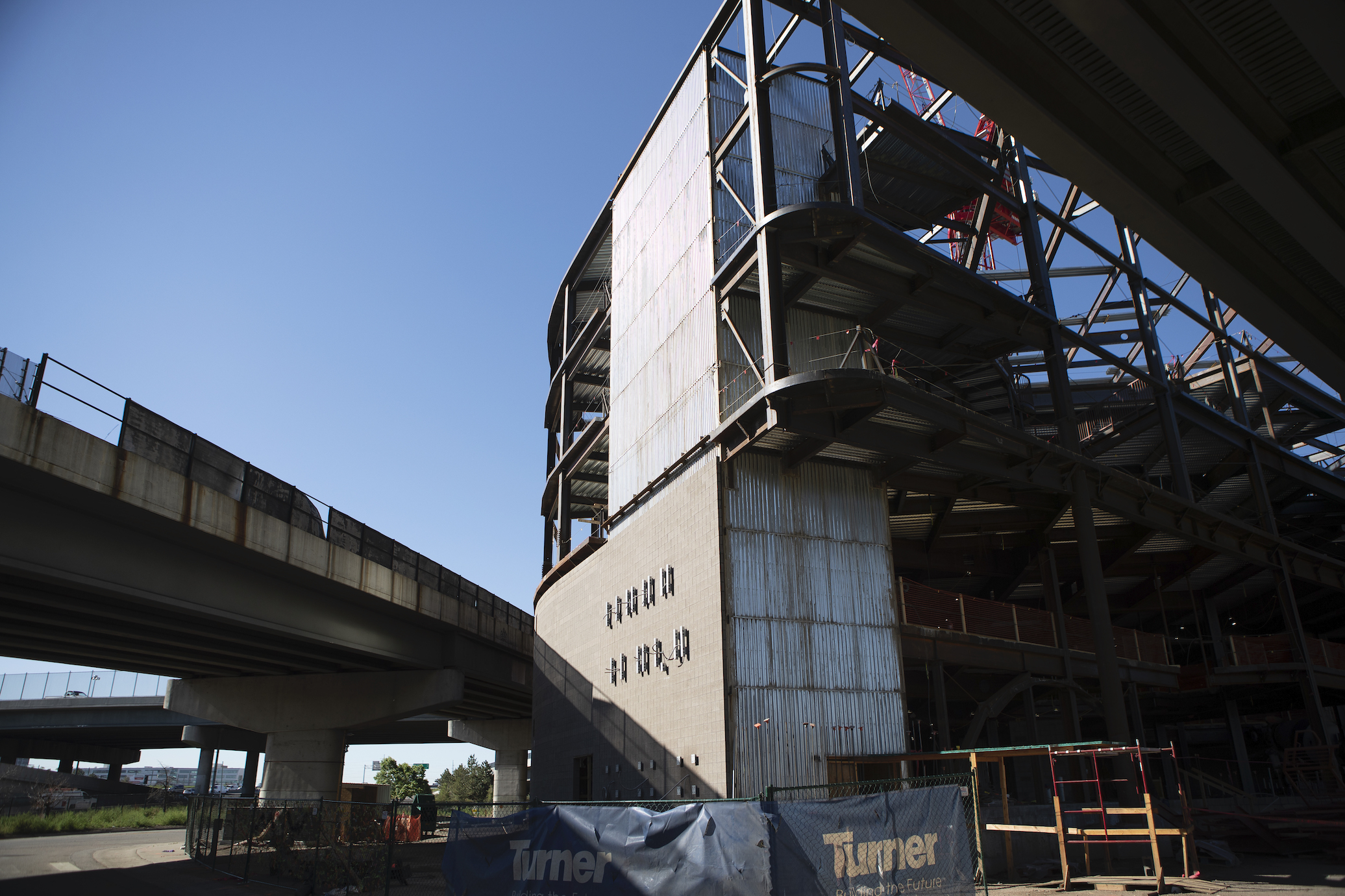