There comes a time in anyone’s life where they feel stuck. The creative juices have stopped and motivation has ceased to exist. This rings especially true for any musician or artist that has been around for over a decade. After 12 years of being in one career, what else can be done? Last night, OneRepublic showed us their answer. 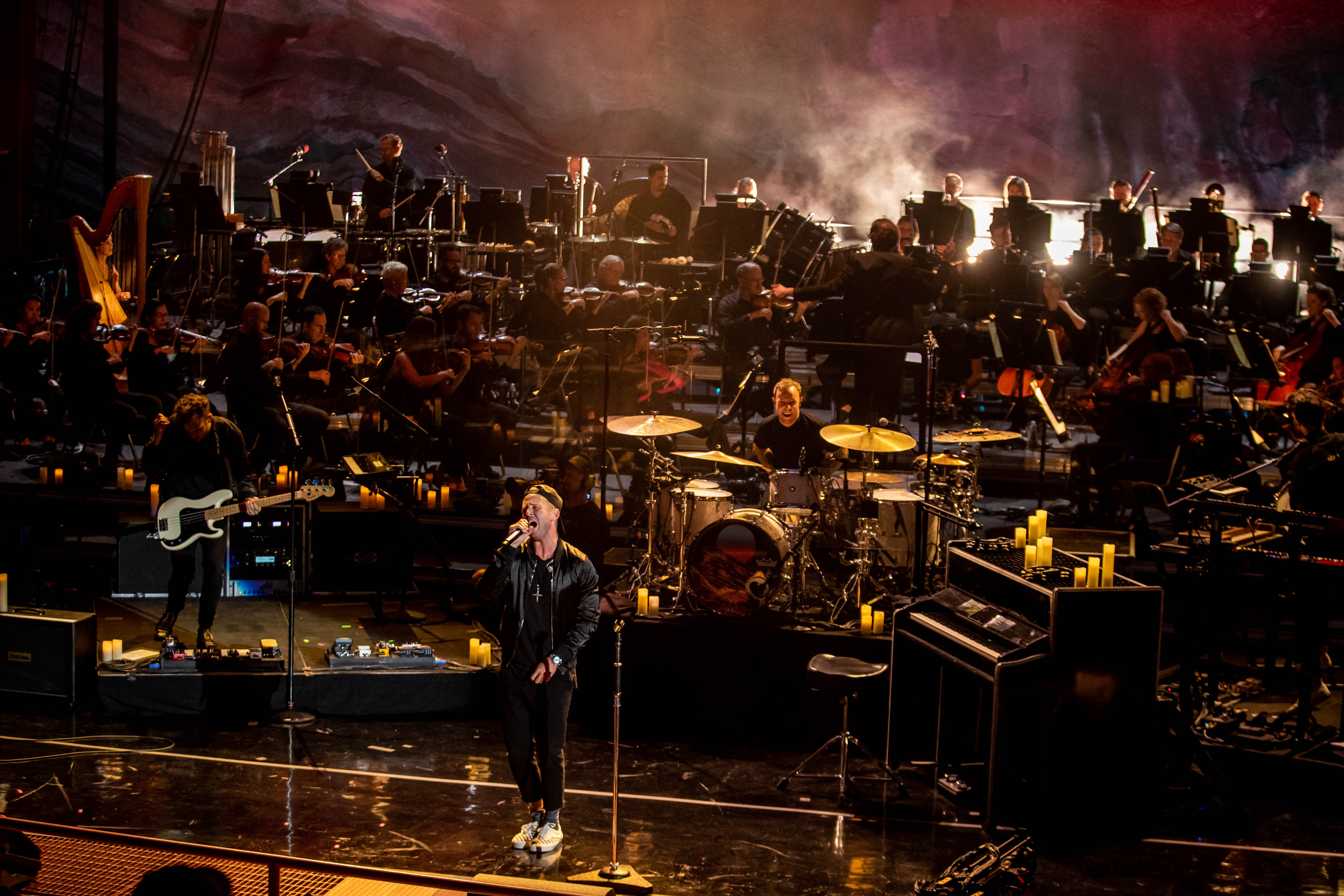 On August 26, the Colorado-native band performed night one of two to a sold-out crowd at Red Rocks. Colorado residents might be biased to how truly great of a venue Red Rocks is, but when lead singer, Ryan Tedder says, “This is without a doubt the single greatest stage in the world,” you’re inclined to believe him. After all, he would know. Since their debut album release, Dreaming Out Loud, in 2007, the five-man band has gone on to tour in 16 countries, performed sold-out shows in venues all around the world, released four albums (one of which was created and recorded in a house in Park Hill), won numerous music awards and Grammy nominations, landed countless spots on the Billboard Top 100 and over 26 million monthly listeners on Spotify. Needless to say, OneRepublic is a band that keeps getting better the longer they’re around and don’t plan on slowing down.

OneRepublic has played Red Rocks several times throughout their career, but this time they weren’t alone. The Colorado Symphony accompanied the band for a night that was unlike any Red Rocks had seen. Even the arrangement of the stage was a sight to behold with it filled to the brim with musicians and instruments of every size, shape and sound. The core band was placed upfront, with Tedder and his piano in the middle, while a choir was off to the left side of the stage, aiding Tedder and the band in vocal harmonies. The Colorado Symphony has 80 full-time musicians, and while it’s doubtful that all 80 were there last night, the musicians playing behind the band took up every inch of space on stage and played to every corner of that venue. The music of OneRepublic has never shied away from an expansive use of instruments. Heavy drums, striking beats, violent strings and flawless percussion are never lacking. But what OneRepublic has at its core, the symphony only exuberated. There was not one drum, but several. The viola now had an entire string section to play along to and Tedder was no longer the only conductor on the stage. 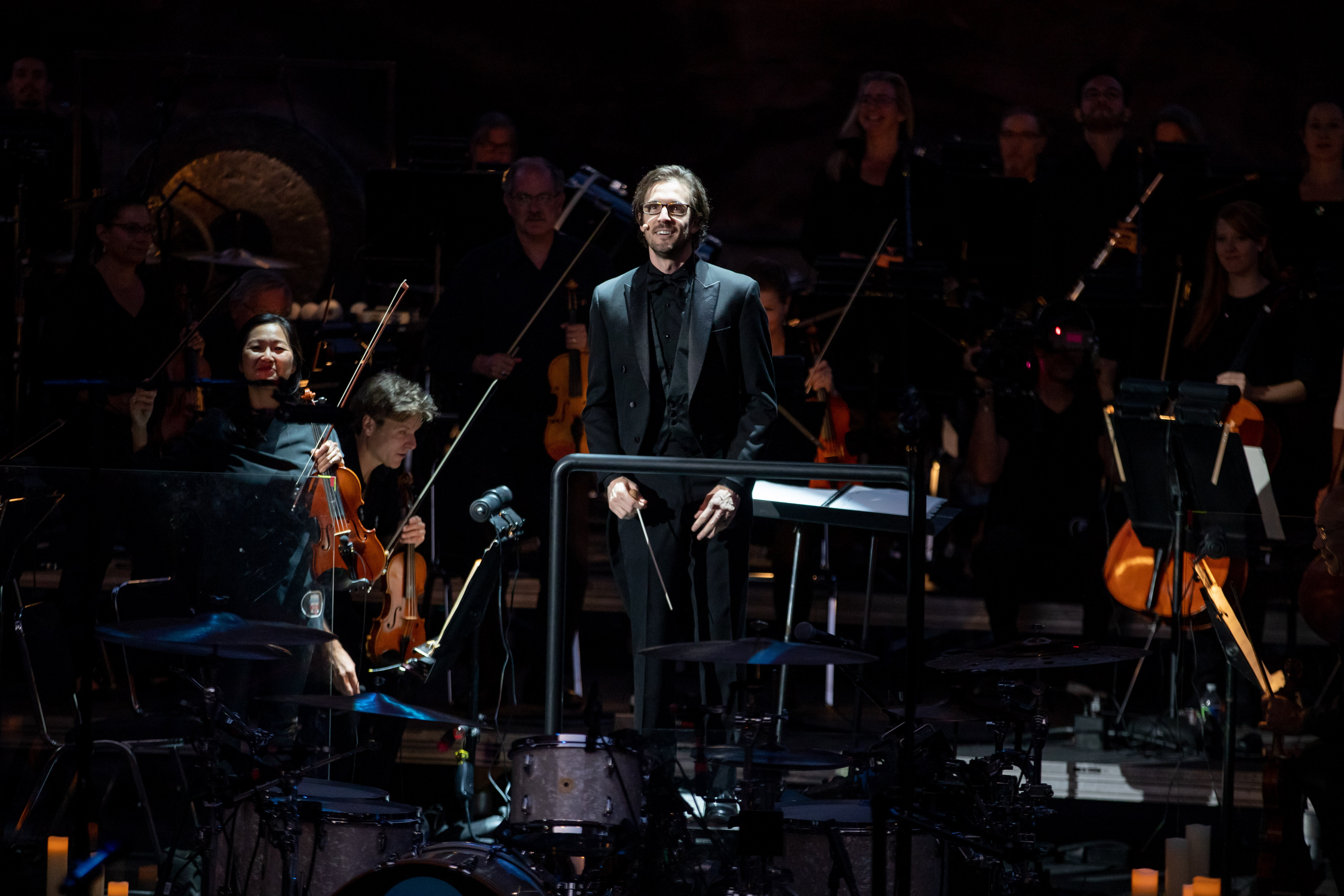 Outside of OneRepublic, Tedder has made an enormous career for himself as a singer, producer and songwriter. He’s written songs for countless artists, some of which he performed for the first time last night, including the most recent hit Jonas Brothers song, “Sucker.” He was a producer on NBC’s The Voice and most recently, a producer and judge in the NBC show Songland. He’s also solo collaborated on songs with artists like Zedd and back-track vocals for Beyoncé. But all of this outside exploration undoubtedly contributes to the creative growth and success of the band. The more they age, the more they grow, the better they become. Each member has a purpose. Tedder may have individual success but OneRepublic is a band, and each member is a key ingredient.

The harmonious blend of the symphony with the authentic sound of OneRepublic made you think, how hadn’t this performance happen sooner? But this seemingly effortless and perfected performance didn’t appear from thin air. It was a long and tedious process of creating, making and enjoying. Every song was hand-crafted and meticulously chosen. Songs like “Secrets” “Good Life” and “XO” — a song written by Tedder and performed by Queen B herself– emphasized and highlighted the percussion and string instruments, allowing their talent to shine and be appreciated. While songs like “Love Runs Out“, “Stop and Stare” and “Rumor Has It” — again, written by Tedder, performed by Adele — hit heavy with the bass and the drums. This setlist was not a replica of past tours, and the songs chosen for these shows were all crafted with the orchestra, the band and Red Rocks’ acoustics in mind. 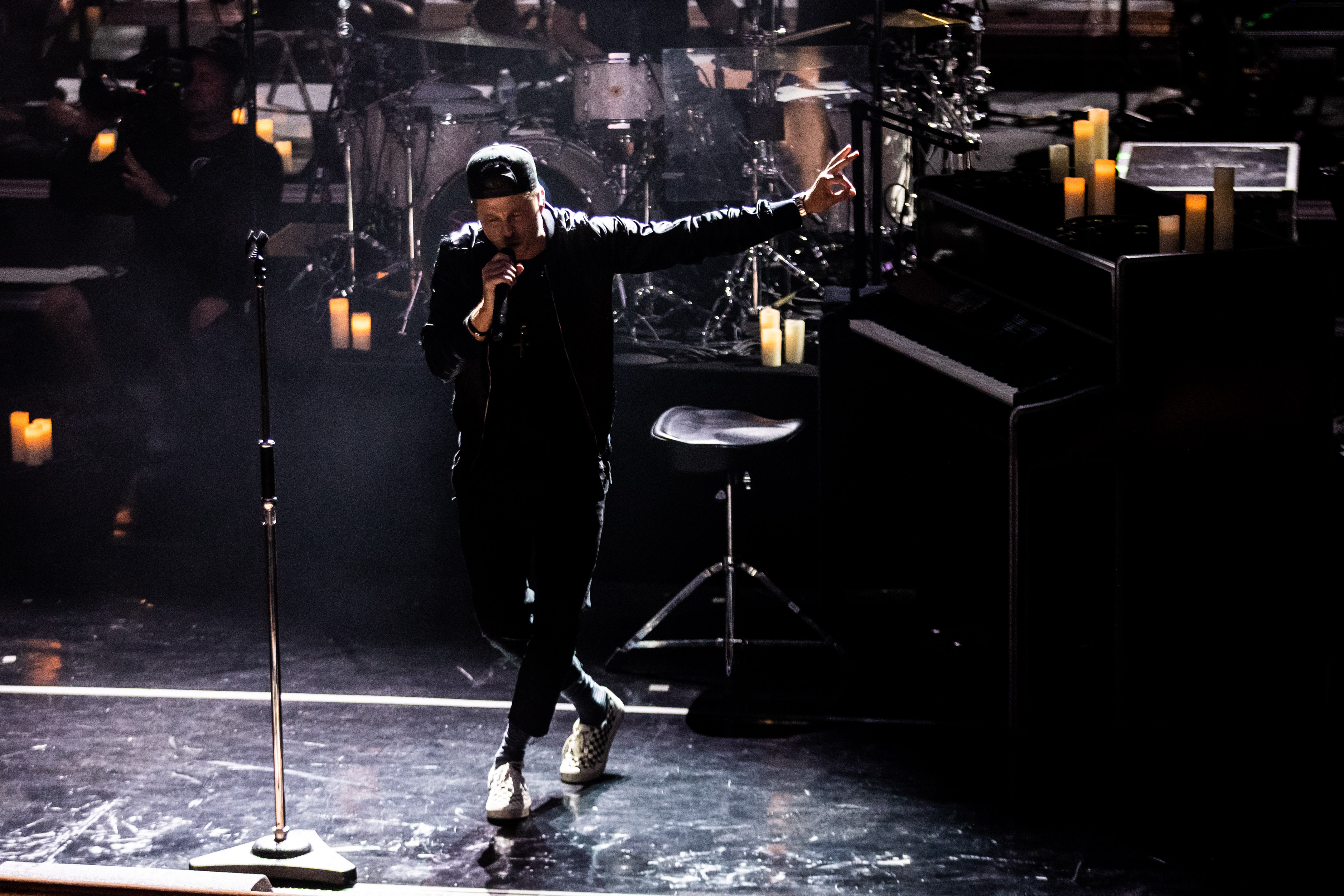 However, the night wasn’t without some trial and error. A cable had been stepped on, causing the sound equipment and Tedder’s piano, to get turned off for a few minutes. However unplanned it was, Tedder took the time to interact with the crowd, asking “anybody got any good jokes?”, quipping with a man sitting in front about drinking his beer, turning to the orchestra and asking if they know any good songs to play and even bringing a solo violinist — who actually turned out to be Concertmaster Yumi Hwang-Williams — from the orchestra to come and serenade the crowd while the issues were being worked out.

But technical errors aside, this concert affirmed that OneRepublic was created from raw and authentic talent by Tedder and his band. Last night at Red Rocks proved that this band isn’t going anywhere. Their creative juices haven’t stopped flowing and they are only going to keep growing and keep pushing themselves as artists and as a band. With album number five and a world tour on the way, their last show at Red Rocks tonight is one I promise you, you won’t want to miss. There are still a few tickets left for tonight’s show that can be purchased here. 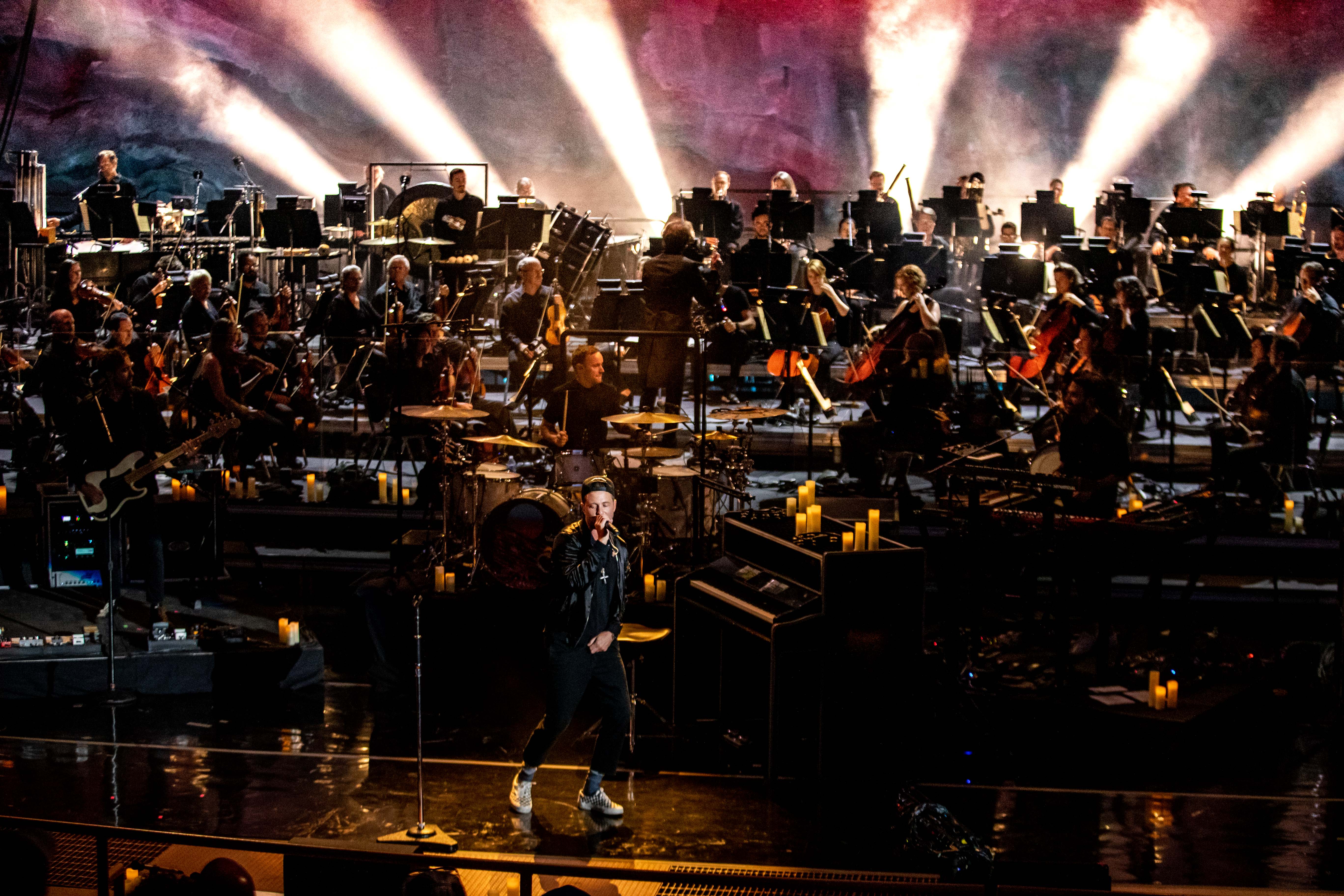 All Photography By Kyle Cooper.