In June, dobroist Andrew Gordon was featured for his part in The Low Road, and just two months later he returns to the Local Listen series as part of another passion project of his, Pick & Howl. Still in the bluegrass genre, but with new bandmates and a different sound, Gordon’s making his way through the local music scene, and we are here for it. Pick & Howl is a five-piece newgrass band, whose three founding members were once upon a time a part of the band Mile High Express. A year or two ago, Gordon, upright bassist Eric Gordon and banjoist Paul Larson found themselves without a lead guitarist for Mile High Express, and once guitarist Jeremy Richard had filled in, it was more or less a done deal.

Richard brought his own music and lyrics to the table, and with the addition of mandolinist Peter Barbaro, Pick & Howl was formed. Their debut full-length album, Looking For Answers, brings traditional bluegrass in true Colorado form and puts Pick & Howl on the map of Rocky Mountain string music. Looking For Answers was produced by Benny Burle Galloway, who caught Pick & Howl covering his music and introduced himself by saying, “that’s a might fine version of my tune, boys.” The result being a versatile yet traditional 12-song album of bluegrass and string music that makes it that much more difficult to pick a favorite.

Duly noted on Looking For Answers is that the five-some do group vocals extremely well, like on “Never Was Your Style” or “One Stack Mack.” These guys sing well together, but play even better together, where their clean and concise instrumentation comes through song after song on the album. Pick & Howl has got an Infamous Stringdusters-style tightness to their group sound, which really shines through on the album’s two instrumentals, “Harvey’s March” and “Olive June.” When one member steps up to solo, the other four create an accompanying sound that creates a seamless transition between players. 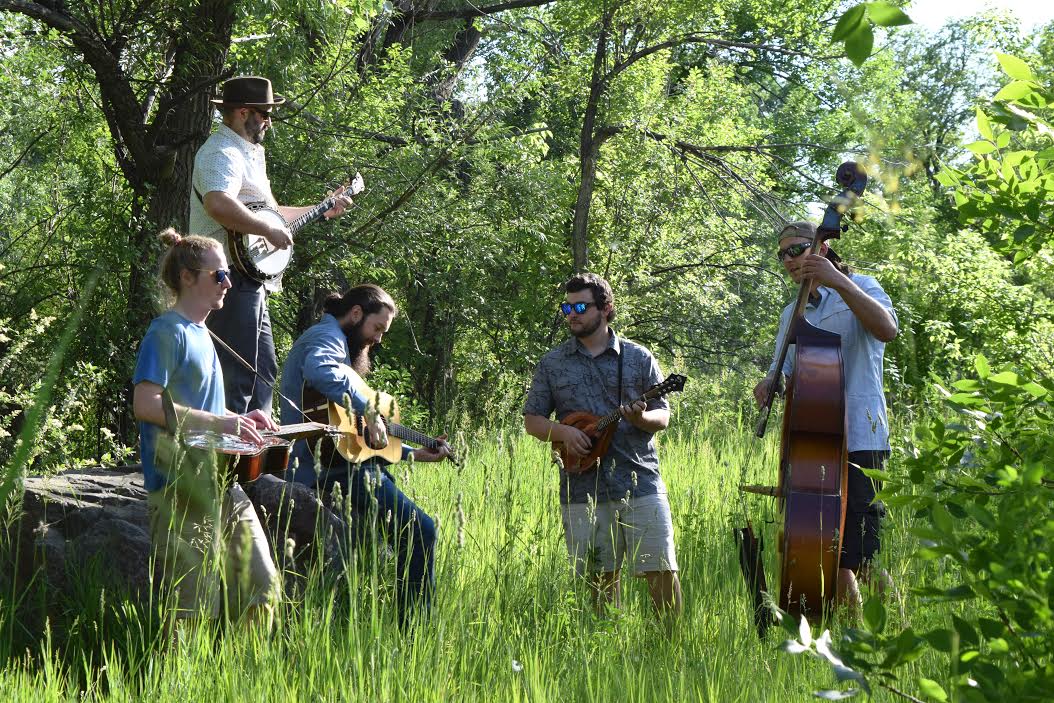 The songs on Looking For Answers tell stories of life, love, and everything in between. “Roses By Her Bed” tells a story of heartbreak, and between verses both Larson and Gordon take their time soloing. More lonesome stories come with “Leave You Lonely” and “Too Few Answers.” “My Own Shoes” is a song about getting up when life kicks you down — “Well, it took me a while now to get a grasp of life’s silver lining / I was faking a smile now, wasting time waiting for a sign / Thinking I was checking all the boxes right / I was wondering when this darkness turns to light.” “Whiskey Mixed With Guns” is an epitomic bluegrass tune of drinkin’ and getting into trouble.

The album’s got two highlights that come towards the end, the first of which is the fight song “No Brains.” It’s a fast-picking tune that includes some of the album’s best lyrics — “Saddled up and riding on your high horse / Picking fights that make no sense / All them words you’re saying / Got me praying that you’re really not that dense / I should’ve noticed when things went south / There ain’t no brains behind that mouth.” The final track on Looking For Answers, “Up in the Mountains,” is a love song to the mountains, where there’s “half the worries, twice the thrills,” and is the ideal encore following those first 11 songs.

Pick & Howl will be at Cervantes’ Masterpiece Ballroom on August 15 for the release party of Looking For Answers, and will include performances by a plethora of local pickers like Julian Davis & The Situation, Buffalo Commons and Tara Rose & The Real Deal. It’s a lengthy bill for the evening, but these musicians know they’re in good company. As Pick & Howl make their presence known in the local music scene, Richard feels grateful that that scene is a “helpful and community-based one,” where there’s not competition but rather “more of us all doing what we love.”

Listen to Looking For Answers on Spotify here.