Urban Burma Is the First Official Burmese Restaurant in Aurora

When Siri Tan moved to Colorado five years ago, he was welcomed by a large Burmese community in Aurora with big smiles on their faces and home-cooked meals to keep his stomach content for days. He wasn’t surprised to find himself well-fed, as is customary in his home country of Myanmar (Burma), but was surprised at the lack of traditional Burmese cuisine on the ever-growing international menu of the Mile High City.

Tan had tasted the Americanized version of Burmese tea leaf salad in San Francisco and left satisfied, but after ending his position at a nonprofit in Denver to help refugees, he realized his career passion was in the kitchen.

With a little help from his friends, the encouragement of the Burmese and refugee community and the trendy interior design touches of his wife, Tan had a soft opening of his new restaurant, Urban Burma, on April 1, but still wasn’t sure if anyone would come.

He was pleasantly surprised. 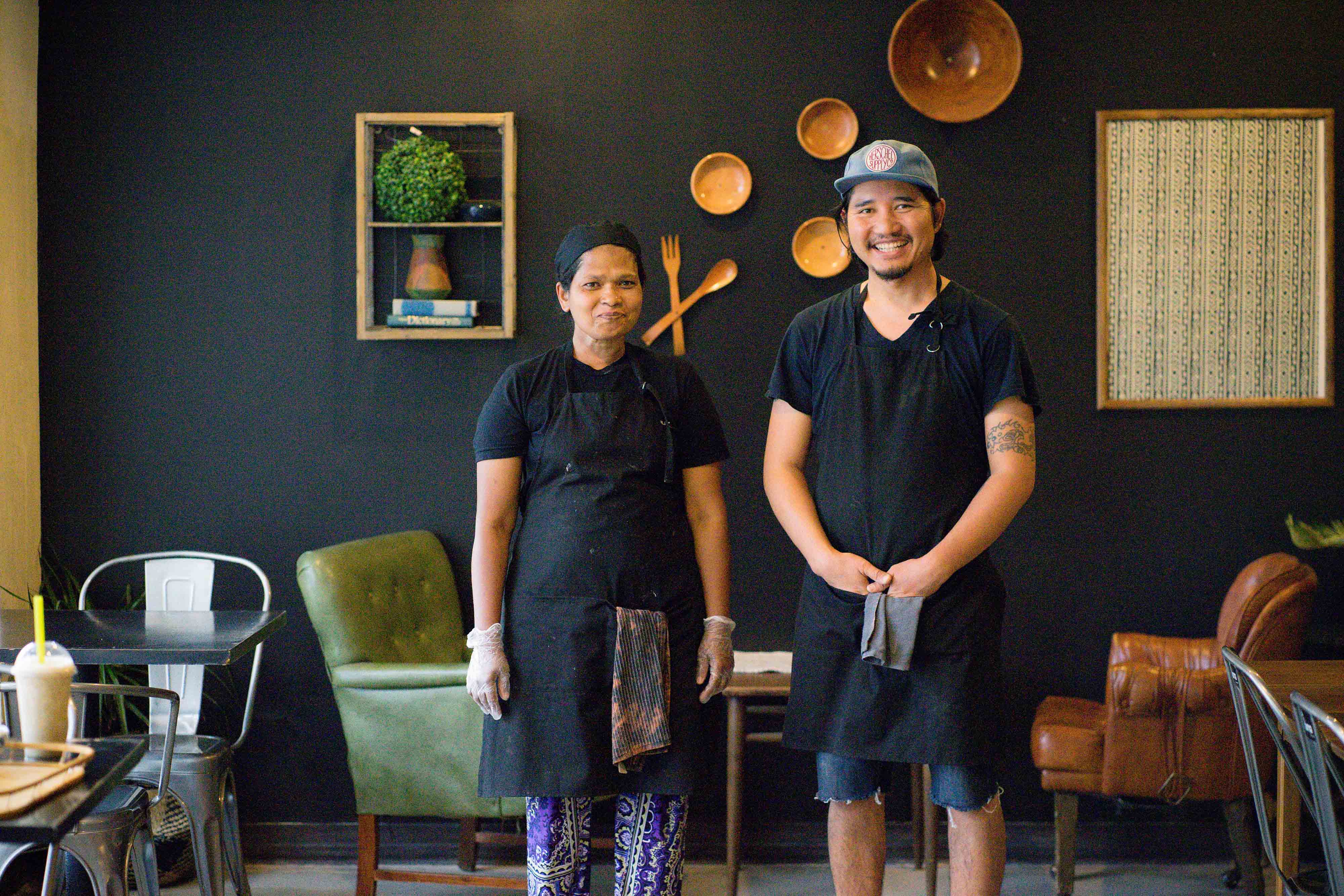 “Somehow it just turned out to become a real opening. A lot of people showed up. I was overwhelmed. I didn’t think that many people would come,” Tan said.

The lunch and dinner restaurant is tucked in a corner inside the Mango House, which advertises itself as “shared space for resettled refugees.” The Aurora location includes medical offices and other resources and community programs for refugees who relocate to the Denver area.

According to Tan, the reason for pursuing his dream of starting a restaurant was because Mango House made it possible for him despite having little experience in the industry.

“I’ve been trying to start for a few years, but I finally had the opportunity because my landlord who owns the building made it affordable for people who wanted to start a business. I did not have restaurant experience except for working at Thai Monkey Club restaurant as a cook for seven months,” Tan said.

The lack of knowledge about running his own restaurant hasn’t prevented Tan from doing what he loves — making meals with memories of home. As the first official Burmese restaurant in the state, Tan says that it’s fun to be different from other Asian eateries and that’s what’s most alluring to American customers.

“I know if I do it right, I can be successful. Burmese food is pretty good. Most of the Americans I’ve met have never had Burmese food. It’s challenging, but I knew that if I made the right menu people would like it.”

“We made a menu so that people who have never heard of Burmese food or aren’t familiar with Burmese food can easily choose. My goal is to be simple and to create good food because if I have a big menu, I can’t focus.” 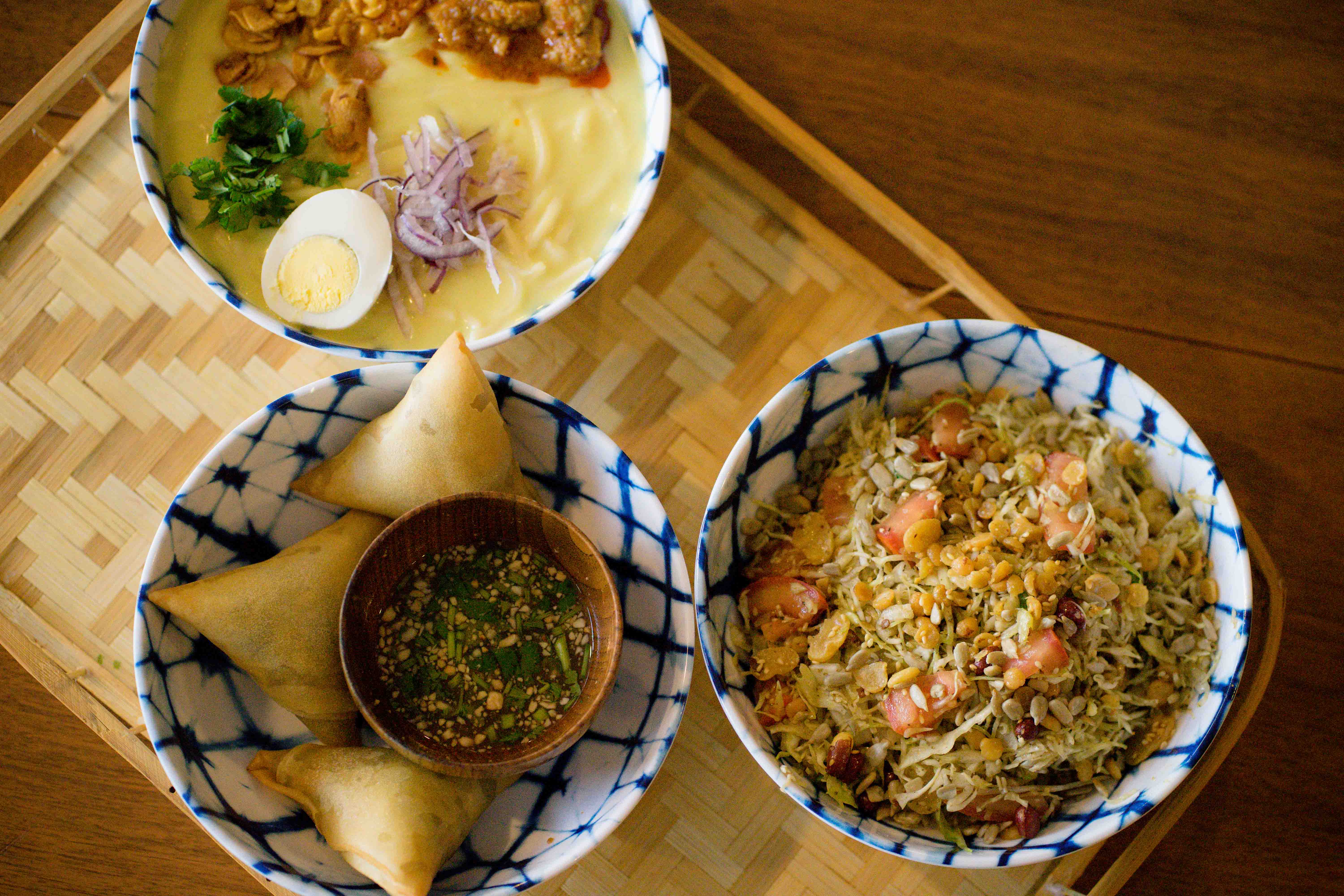 On the menu at Urban Burma, you’ll find a blend of spicy, sauteed and stewed food. Tan’s traditional Burmese cooking emphasizes a flavorful distinction from neighboring sweet and spicy Thai and Indian dishes and prepares noodle dishes with extra seasonings of cilantro and sesame, stir-fried vegetables with oyster sauce, cozy, spiced curries with a side of white rice and of course, crunchy tea leaf salad with fermented tea leaves, fried peanuts and yellow lentils for an extra kick of sour and salty.

The menu offerings are affordable and Tan also says they offer vegetarian or vegan options for anyone with diet restrictions. They can also make your dish spicier if you prefer.

“I have to be aware of who my customers are going to be, so I want to be welcome to everyone. For people who don’t eat spicy food, all my dishes are not originally spicy, but they can still add chili on the side,” Tan said.

In Tan’s opinion, the best part of Burmese food is that it’s accommodating to hungry people of all nationalities and is a unique and lighter break from the heavier sauce entrees or foreign flavors typically found in the cuisine of other Asian countries. Tan says if your tastebuds don’t prefer anything unusual, Burmese food might be your jam.

“I love Vietnamese food, but I can’t eat it every week. We have a lot of really great, delicious, healthy food. People who have never had Burmese food shouldn’t worry about getting weird food,” he said.

Apart from the delectable dining options, Urban Burma also has an atmosphere that’s well, cool. A trendy environment with textiles and mid-century furniture gives Urban Burma its namesake and accentuates the restaurant’s flair for modernity — something that was very important to Tan when designing his space.

“A lot of Americans think Burma is a jungle. They think it’s a war zone. That’s how I got the name [Urban Burma],” Tan said. “I wanted everyone to know we are urban. We have cities.”

Tan emphasizes that Burma gets a lot of ethnic influences that people don’t know about and it shows in the cuisine.

“I usually tell my customers who have never had Burmese food about the geography — where Burma is located. We are surrounded by China, Thailand and India, right? We’re in the middle. So we are a little bit similar to India with the curry dishes and then the noodle dishes are a little similar to Thai and Chinese,” he said.

“Our culture is very welcoming and hospitable. It’s very beautiful. People love to eat. When visitors come, they [the Burmese] love to offer food. They love to feed you when you visit their house. If they don’t have a chance to feed you, they feel bad. The only thing is our government sucks — that’s why it’s like this right now.”

For Tan, making meals is all about telling the story of home. 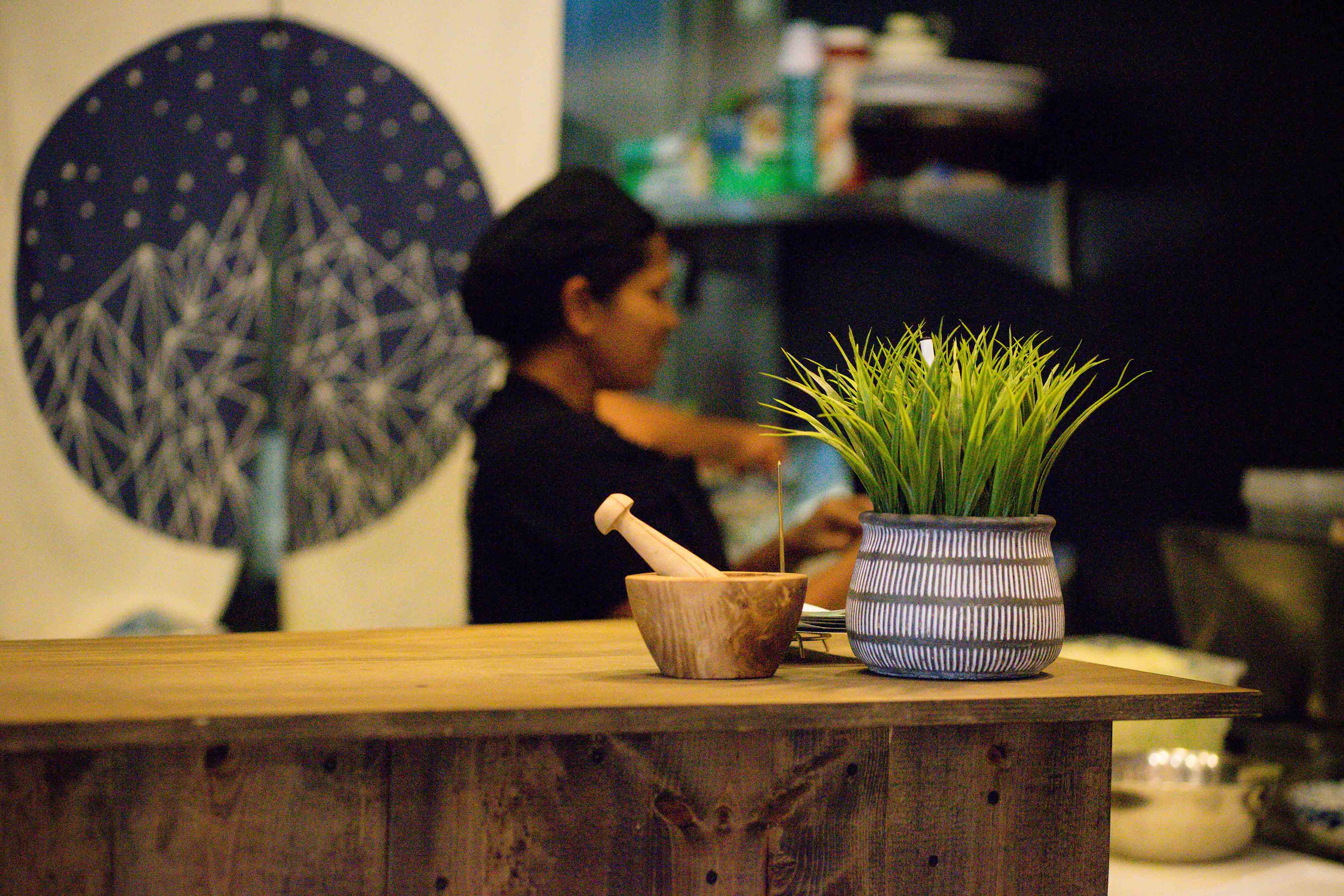