Hearing the name “Ariana Grande” automatically brings to mind images of high ponytails, sharp cat-eye eyeliner and oversized sweatshirts on top of thigh-high platform heels. All of these elements were in no shortage among the crowds streaming into the Pepsi Center to watch the icon herself take the stage during her “Sweetener Tour.”

Before many fans can do so, it’s a mad dash back to their cars, rushing to put any purse, backpack or bag that isn’t clear plastic away. Instead, people stuffed their belongings into gallon Ziploc bags handed out by security guards at the entrance. It’s a long-lasting consequence and reminder of the Manchester bombing during Grande’s last world tour – one of the many tragedies and adversities she has faced in the last couple of years. However, with the release of two hit albums during that time, it’s clear that she has every intention of keeping her pop queen crown for the foreseeable future.

Social House was the first to start the night. The hip-hop duo only played about a 15-minute set, but their energy was infectious. More than a few fans were wildly dancing along. After a quick turnaround, Normani took the stage, dressed in a sheer, sparkling bodysuit. She brought the crowd to their feet as she sang a Rihanna medley, then revisited her Fifth Harmony days with some of their various hits. Though she only played a half-hour-long set, she showcased her talent in a way that only adds to the speculation that she could rise to a level of serious pop culture relevance. 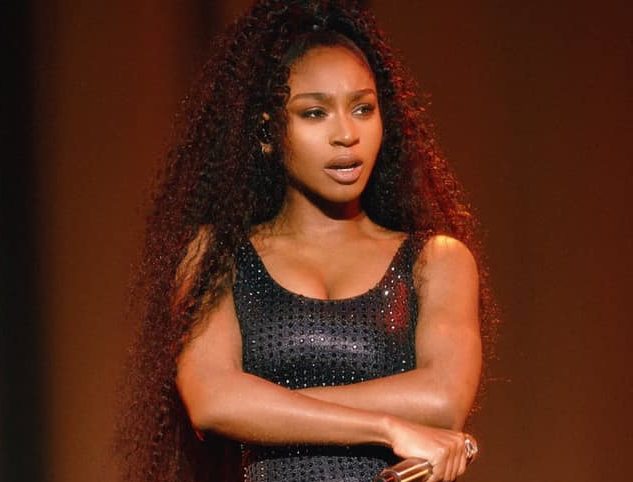 The first indication that Grande’s set would be a unique trip came in the form of a public service announcement on the screens after Normani left the stage, requesting the audience turn off their flash to lend to a more satisfying visual experience. A projection of a solar eclipse on the white backdrop to the stage marked the beginning of Grande’s performance. However, throughout her opening song – “Raindrops (An Angel Cried)” – the stage is empty aside from the band members. The first time we see her is during “God is a Woman,” rising up from beneath the stage with her backup dancers in a re-staging of da Vinci’s “The Last Supper.”

Grande managed to create a set that covered her vast discography in 90 minutes without detracting from the experience of her songs. She demanded the attention of the entire room with flawless vocals and choreography that anyone else would be terrified to attempt in platform heels during “Be Alright” and “Side to Side.” Then, she somehow also managed to make the entire crowd feel like they were at an intimate slumber party. It was as if we were all sitting on pillows sharing secrets during “R.E.M.” before dancing in an arena-sized bedroom to “The Light is Coming.”

It was clear that the only thing Grande needed to connect with her audience was her music. She spent almost no time speaking to the crowd, monologuing about her songs. But that didn’t matter. Her last two albums have a vulnerability to them that requires no extra revealing tidbits to make you feel as though you’re in on the secrets behind her music.

Throughout the night, Grande’s backup dancers felt more a part of the main event than the background. At times, she toned down her solo stage presence to meld seamlessly into the group she shared the stage with. Their unique chemistry shone through during songs like “7 Rings” and “NASA.” You got the feeling that Grande and her dancers share enough life together to have relationships more akin to a close family or a group of best friends than people who share only rehearsal time and nothing else.

Without the added theatrics of backup dancers, Grande also felt right at home being solo on a massive stage. It would be too easy to feel as though the vast space swallows her presence, but she never once lost control of the room. Instead, Grande played with the audience, sitting on the edge of the stage and dangling her legs during “Needy,” skipping around the catwalk to “Breathin” and strutting around her mic stand to the empowering and justifiably braggadocious “Successful.” 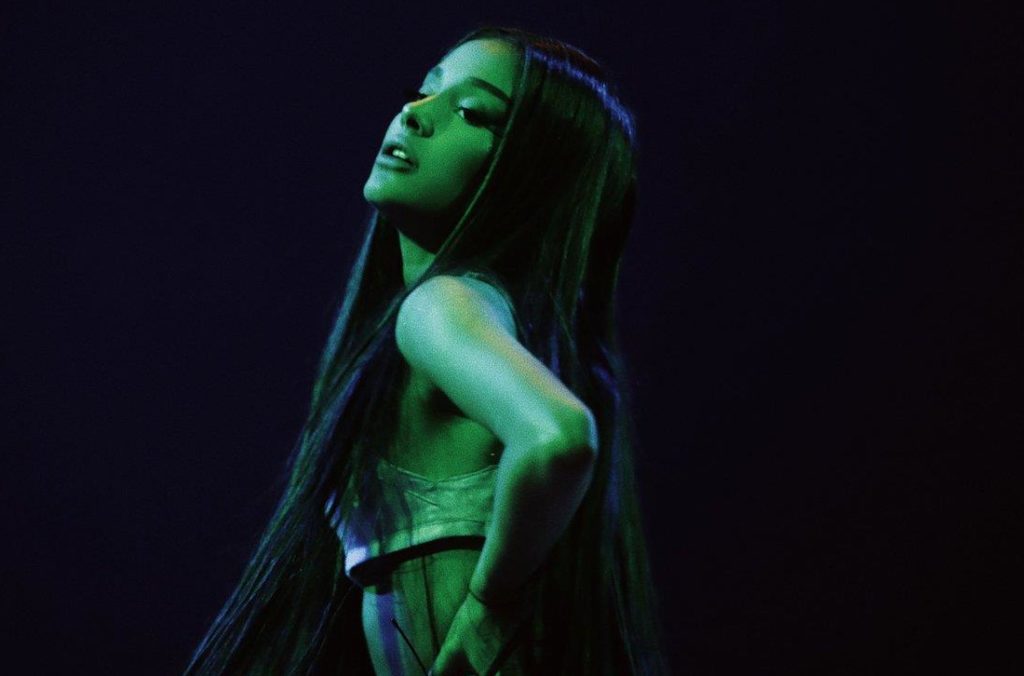 The night ended with her unapologetic smash hit, “Thank U, Next” and the crowd knew every word. The song was preceded by flashes of the many headlines she’s made in past years, Grande’s tweets, and personal photos. It’s the first time in the show that there’s any direct acknowledgment of the massive star power Grande possesses. She and her dancers ended the song parading around the catwalk waving rainbow pride flags in a celebration of the LGBTQ+ community. Confetti rained down on the audience and the crowd was still buzzing when the lights came back up. Though it was bittersweet to see the end of the show, it’s fair to say that the journey she took us on left everyone excited to see where she’ll take us the next time around.