The intersection of Colfax and Pearl is also the intersection of all walks of life. It’s where prostitutes, vagabonds, yuppies, cops, queers and families have all ordered a Complete Breakfast at the Colfax staple, Tom’s Diner. So when Jessica Caouette, owner of Tandem Bar, and her friends first heard the Cap Hill gem was for sale — and possibly leveled to make way for more condos — they knew where they were going for lunch. 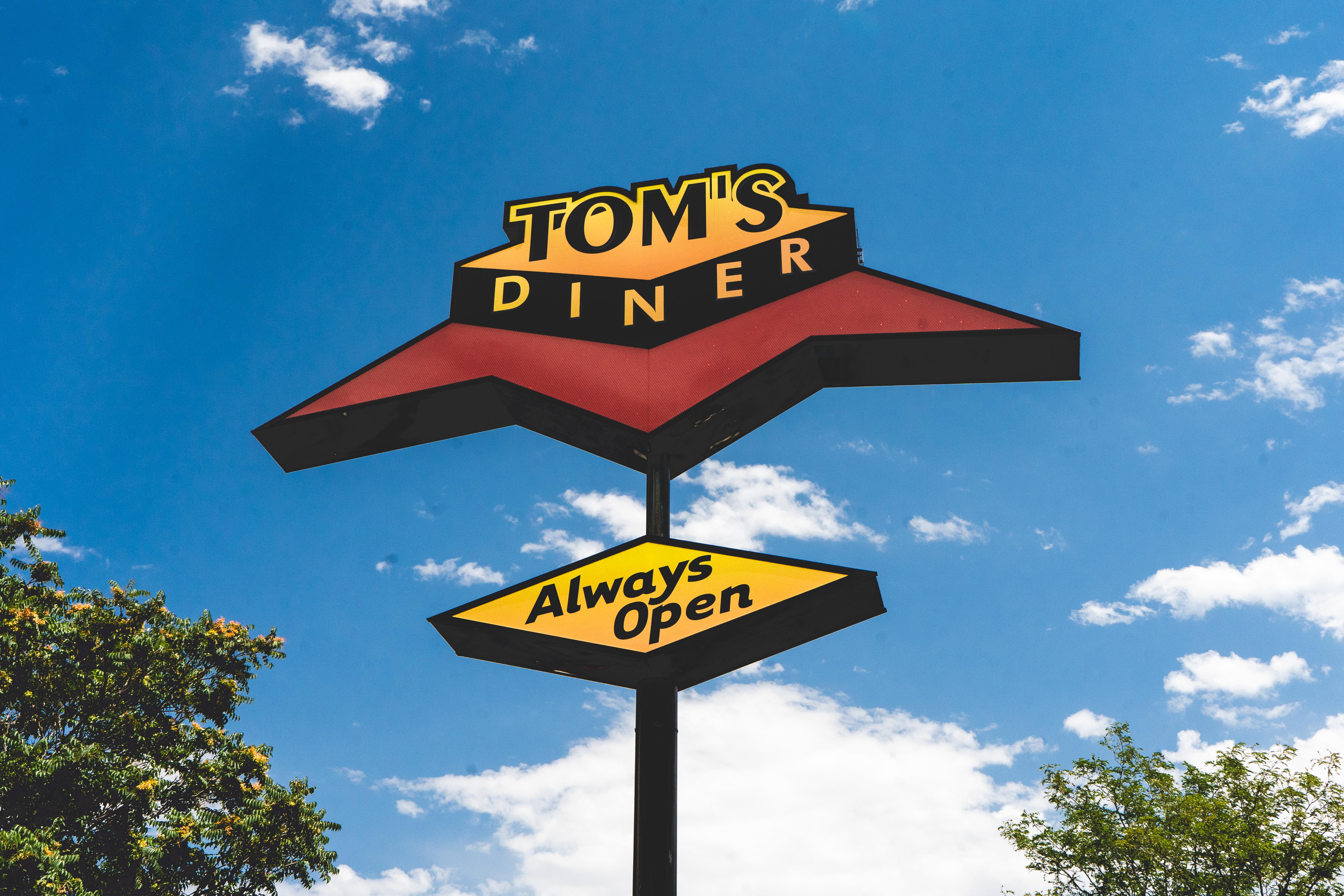 Tom’s is known for its people-watching and that day was no different. Caouette and her friends spotted a young couple assist a feeble man across the Colfax gauntlet and through the doors of Tom’s into a bygone time. The 52-year-old Googie-style building maintains the dramatic geometric roof, neon and kitschy interiors from when it was built in 1967 as White Spot, a local diner chain.

That day, a wealthy, generous diner paid every table in the restaurant’s bill. Caouette and her friends assumed it was the old sage who covered their Philly cheesesteaks and Monte Cristos but couldn’t be certain. When it was time to leave, the aging man asked her group to give him a push to the next bus stop. They unknowingly wheeled him a couple of extra stops then left, wondering if the rough-looking character was the charitable do-gooder who picked up their tab.

It’s interactions like these that make Tom’s Diner special to locals. And why Historic Denver, Caouette and other community members (Sam Dorrance, Kristin Morales, Kaye Taavlalma and Jonel Beach) are hoping to preserve the building. Caouette said owner Tom Messina loves the restaurant, but he is retiring from the grueling 24-hour diner business of high staff turnover and other challenges. (Messina did not respond to initial requests for comment.) The goal is to work with Messina to line up a developer who will think creatively about the space while maintaining the classic architecture.

“We are hoping to keep Colfax interesting and weird,” she said.

A public hearing on an application to designate Tom’s for historic preservation is at 1 p.m. on July 23 at the Webb Municipal Building. But a final decision on the diner’s fate won’t be made until late August or September. Tom’s is currently operating business as usual.

Caouette and the other members of Historic Denver collected memories from locals, some of whom have fueled up at diner for decades. Here are their stories and what they had to say about preserving the past. (Responses have been edited for clarity.)

As a teenager, it was my home-away-from-home. It was my safe space to focus on homework, away from a rough family life. It was where I could get a cup of coffee and plot my next steps when I had nowhere else to go. Those vintage booths were a grounding force in my early adult life … Twenty years after I was that teenage girl working out her math homework with tears in her eyes and her legs stuck to the booths with sweat, this year, my little sister and I filed restraining orders in the courthouse against our father. We were so nervous before court that we couldn’t eat. And as soon as the ink dried, we walked to Tom’s for a victory breakfast. I looped my fingers through the handle of my coffee cup and felt pride. In that nostalgic, full-circle moment, I knew I’d made it. — Jonel Beach, Skyland/Clayton

I dropped my wife off at the airport at 3 a.m. and then went to Tom’s Diner for breakfast, where the two of us like to go frequently. The early morning patrons all shared a sense of camaraderie — we were here together in a haven of sorts, finding community at this odd hour of the day. My neighbor at the counter and I were swigging some coffee. He looked over at me after a sip and asked, “Are you up early or are you up late?” It was a perfectly legitimate question for a 24-hour diner on Colfax at 4 a.m. and I sensed I was the former and he was the latter. Tom’s Diner is a wonderfully safe and welcoming space for Denver residents of all sorts to commune and break bread together. And it’s a place that connects us to our past and keeps a little of old Colfax alive. —Julie Chiron, Park Hill

I remember meeting there when it was a White Spot. I met with Ron Lyle, the champion boxer with my favorite writing teacher of color, Moses C. Davis, and fellow schoolmates from Gove Middle School to discuss Lyle’s complex life story and biography. I remember relishing the onion rings. —Niccolo Casewit, East Colfax

[I remember] going to the White Spot in the early ‘80s after a show — a movie! — at the Ogden.  The Ogden was a film theater at the time, and you could wander into the White Spot and watch the Colfax parade go by. Very formative experiences there! —Victoria Lundy, Wheat Ridge

When I moved here from Wyoming, it helped me find my place here. — Katie McIntosh, Aurora

We used to go to Tom’s every January 1st. We had a whole tradition of eating at Tom’s, going on a hike and then sneaking into movies. — Karen Sear, West Colfax

I saw a homeless person on the sidewalk being invited in and her breakfast bought by one of the customers seated in a booth on the Colfax side just because he wanted to do something good. I overheard the rewarding conversation from the next booth as she shared her life story.— Dennis Humphries, Golden Triangle

Places like this provide a kind of real lifeblood for a city, without which, it all becomes here today, abandoned tomorrow, dollar-fetishizing, developer hellscapes. The kind of architecture-as-atm machine investment ephemerata that guts the soul out of places that for a multitude of reasons, both tangible and intangible, keep people going to them. —Josef Rosario, Hilltop

Buildings tell the stories of our history. Are we going to mute yet another voice? — Susan Barnes-Gelt, West Cheesman

All photography by MJ Kampe. 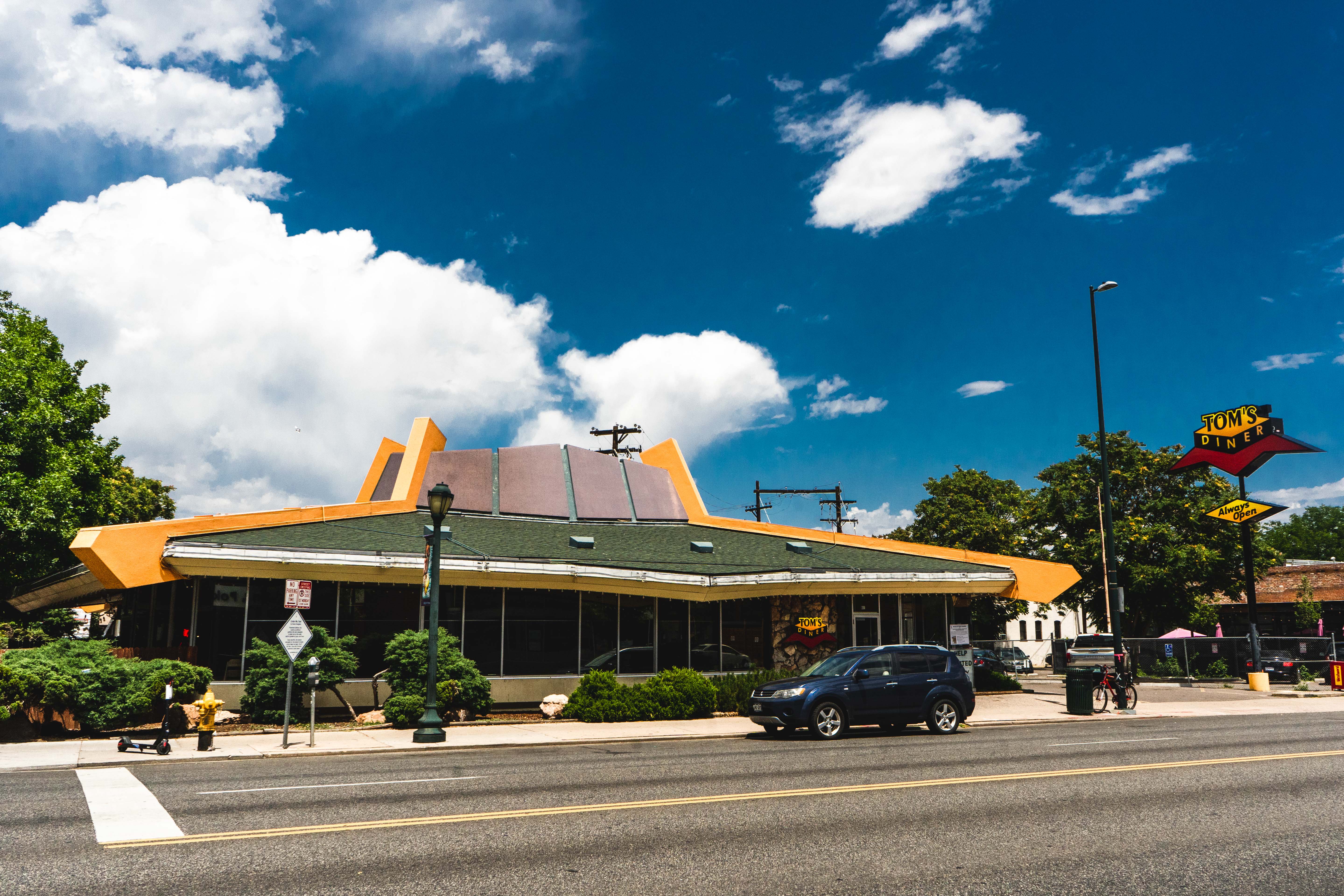