Born in a small town in rural Washington, Schuyler Lakey spent much of their formative years riding four-wheelers, fishing and hunting in the woods near their house — a conventional life for someone truly unconventional. Lakey’s young life segued tumultuously into difficult teens years, but that didn’t stop them from discovering a defining sense of self.

“Looking back, I’m thankful I didn’t become complacent. With enough drive, black sheep will do anything to find their place in the world. I had big dreams that changed constantly but at their core, they shared something similar — I wanted something bigger,” Lakey explained. “I made small changes — becoming vegetarian, dying my hair black with bright reds and blues, started sporting studded belts and wearing variously styled converse within an inch of their lives. My sense of style back then became a rebellion of the life around me.”

Now a style specialist at Buffalo Exchange in Denver’s Baker neighborhood and member of the Denver drag community — the House of Khrist headed by Kai Lee Mykels — Lakey flawlessly shatters all the rules of fashion in favor of a signature style that is both enthralling and inspiring. 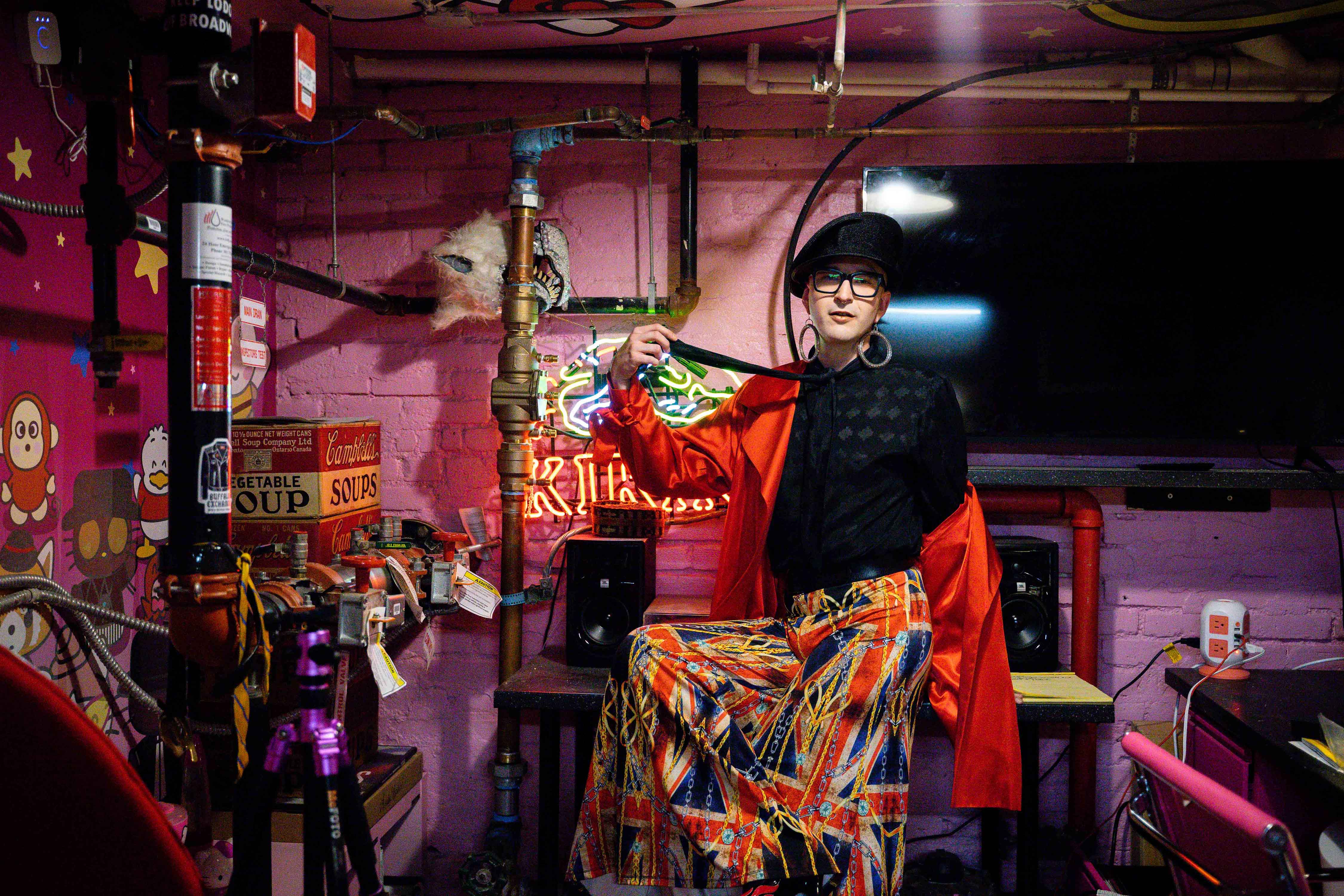 303 Magazine: What is your first memory related to fashion?

Schuyler Lakey: My earliest memories of fashion were with my mom watching shows like Project Runway and America’s Next Top Model. I didn’t express any interest in living a life within the fashion world but even so, there it was in my living room in a house in the middle of nowhere.

When it came to dressing myself, fashion was much later in my life. I found comfort in styling myself after I went from 250 pounds to 160. I was becoming more confident after coming out as gay when I was 23. I wanted the world to know that I, for the first time in my life, wanted to be seen. I started following style blogs, how to pair patterns, what to wear seasonally. It was an addiction.

303: What was the first outfit you put together for yourself?

SL: The pivotal point where I went from style to fashion was a good year into working at Buffalo Exchange. I applied there on a whim after a graphic design job I had moved to Denver for didn’t work out. There, I began another path of self-discovery. I had made friends with people I used to think would look down on me as being some small-town nobody. I frequented bars that had drag queens and was awed by them in their confidence of dressing against what society had taught me to believe to be norms.

My first outfit started with a pair of white Helmet Lang jeans and chartreuse Yohji Yamamoto sweater. Now the brands of these clothes were special enough, but there was something particular about these clothes — they were women’s. It was the first time since I was a kid trying on my mother’s heels behind closed doors that I was wearing clothing specifically designed for women.

SL: Fashion became an expression of identity after I came out once again — this time as gender-neutral. It allowed me to celebrate myself. It was my art form and my way of connecting with my community and providing myself and those around with a sense of belonging, a common appreciation for beautiful clothing and fashion’s place in art and culture. 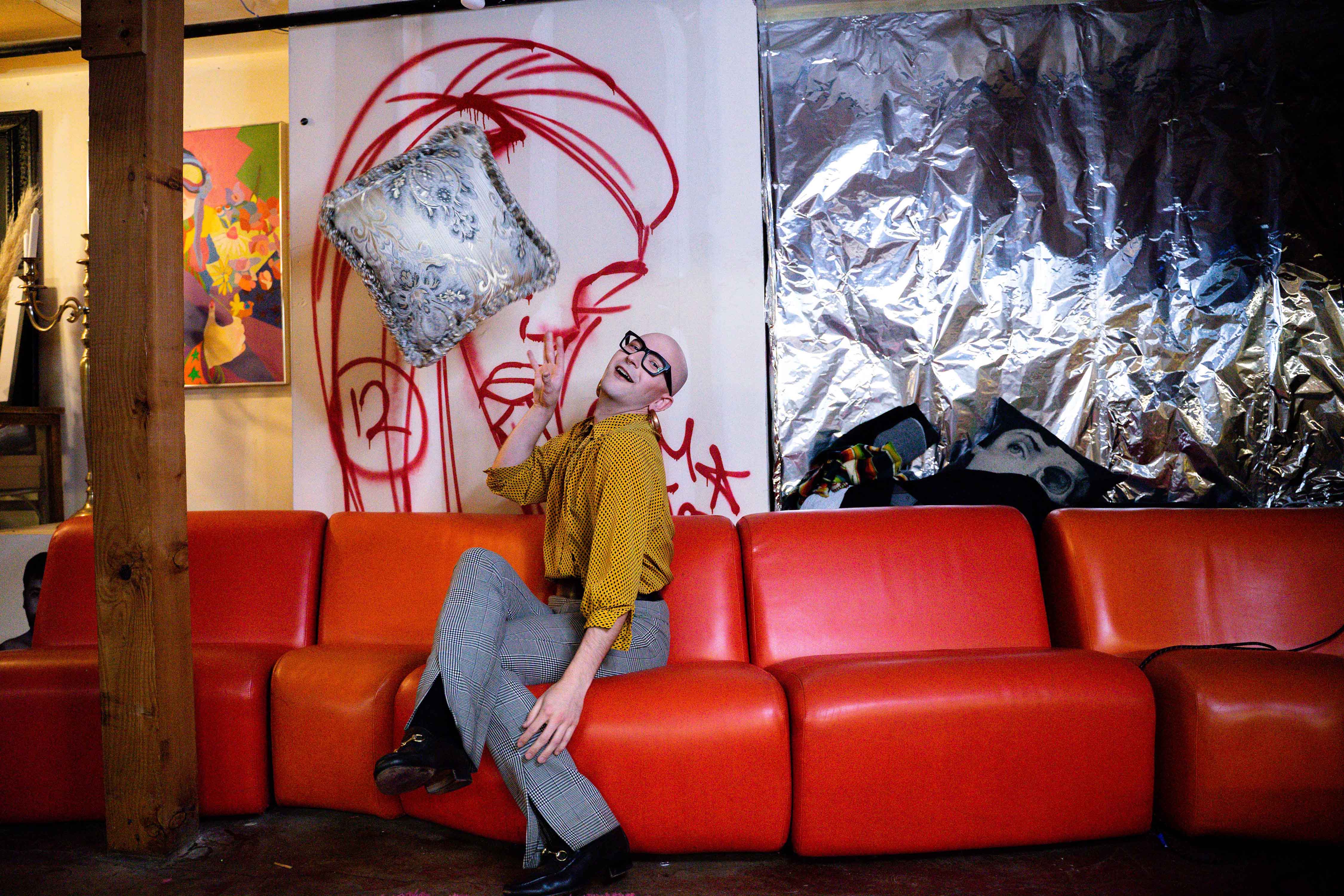 303: How did you develop your signature style?

SL: With shedding my previous beliefs of gender, I was no longer confined to the boundaries of men’s or women’s aesthetics. I love wearing vintage blouses with a modernly cut pant. Merging old and new, men’s and women’s, textures and patterns, my style became both a clash and marriage of all of how I identify myself. I have always followed designers and their influences in the industry so, with this new liberation and a long history of industry “nerdom,” something perfect began to develop that I can now in retrospect take a sense of pride and appreciation for those who came before me.

303: How does fashion relate to self-expression?

SL: Fashion can be rebellious, or confidence or it can be [an] artistic expression. It’s an attitude that you get to wear on your shoulders.

SL: I don’t think I have style icons per se but I do have countless people in my life that inspire me to continue questioning everything I grew up with. It was with mom, watching the lives beyond our own on TV. It was with the people at Buffalo Exchange, who took me under their extravagantly adorned wings and let me become part of their family. It was the drag community telling me I had found a place where I finally belonged.

303: What do you think Denver fashion will look like in five years?

SL: Who knows? If you’d had told me five years ago that I’d go from a plaid shirt and denim pants-wearing, closeted kid to being asked to be featured in Denver’s most prolific style magazine, I wouldn’t have believed you. Five years for me was a lifetime ago and I certainly can’t predict anyone’s life. 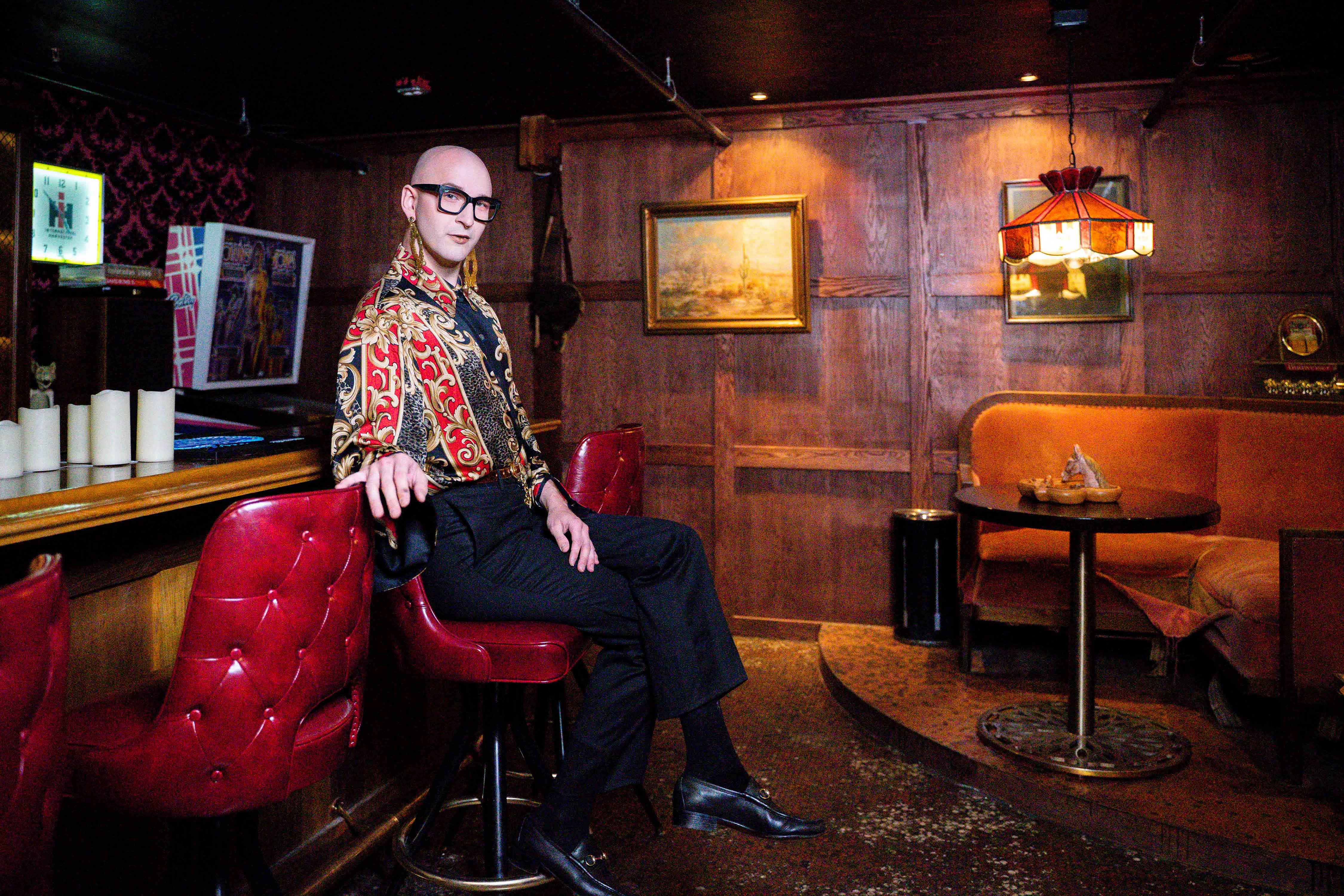