“Yes, Lawd,” Anderson .Paak really does keep getting better and better.  The multi-talented multidisciplined singer/songwriter is the gift that keeps on giving. After dropping the lauded Oxnard late last year, .Paak returned with surprise second album, Ventura, and an entirely new tour to boot. Following his fantastic Fillmore performance in February, Anderson .Paak raised the stakes, bringing  “The Best Teef In The Game Tour” to Red Rocks with none other than Earl Sweatshirt and Thundercat in tow. Not only did .Paak continue to surf his wave of hype, he downright blew the performance out of the water, securing the notion that there truly is no one today doing it like he is. 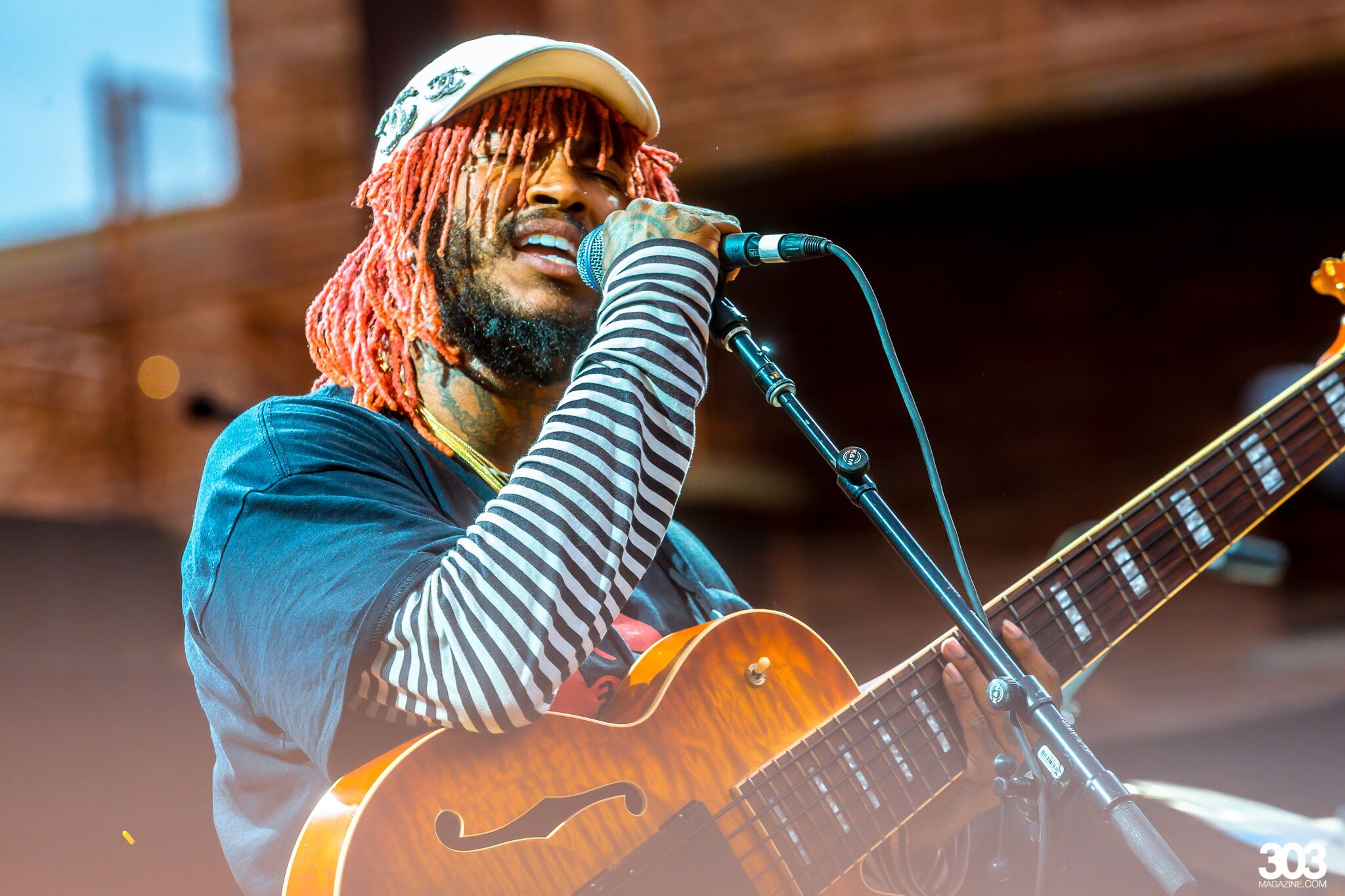 Thundercat opening for Anderson .Paak and the Free Nationals at Red Rocks

The chilled out crowd spilled into the amphitheater, slightly inebriated and slightly suffering from a second-hand high, taking in the dense grooves playing out on stage. Fresh out of the gates, Thundercat took the stage early, churning out something funky. Taking his R&B tunes to jam band heights of improvisation, Thundercat and his band were an all-out blitz of musicianship. The ease at which he’d slip from one tune to another was disarming, partially due to the sporadic nature of Thundercat himself, as he’d at one instance remind you of George Clinton and in another, Yu-Gi-Oh all taking turns at bat under Thundercat’s funk umbrella. Watching his fingers move through his bass guitar, through his many joints was something else — much like being a bystander to someone going mental on Dance Dance Revolution, you don’t think it’s possible until it is. However complicated he played, you wouldn’t have been able to tell from Thundercat himself, as everything he played poured out of him effortlessly. Ending his set on the future classic of “Them Changes,” Thundercat left the crowd an unadulterated dance party to roll into the next opener, Earl Sweatshirt. 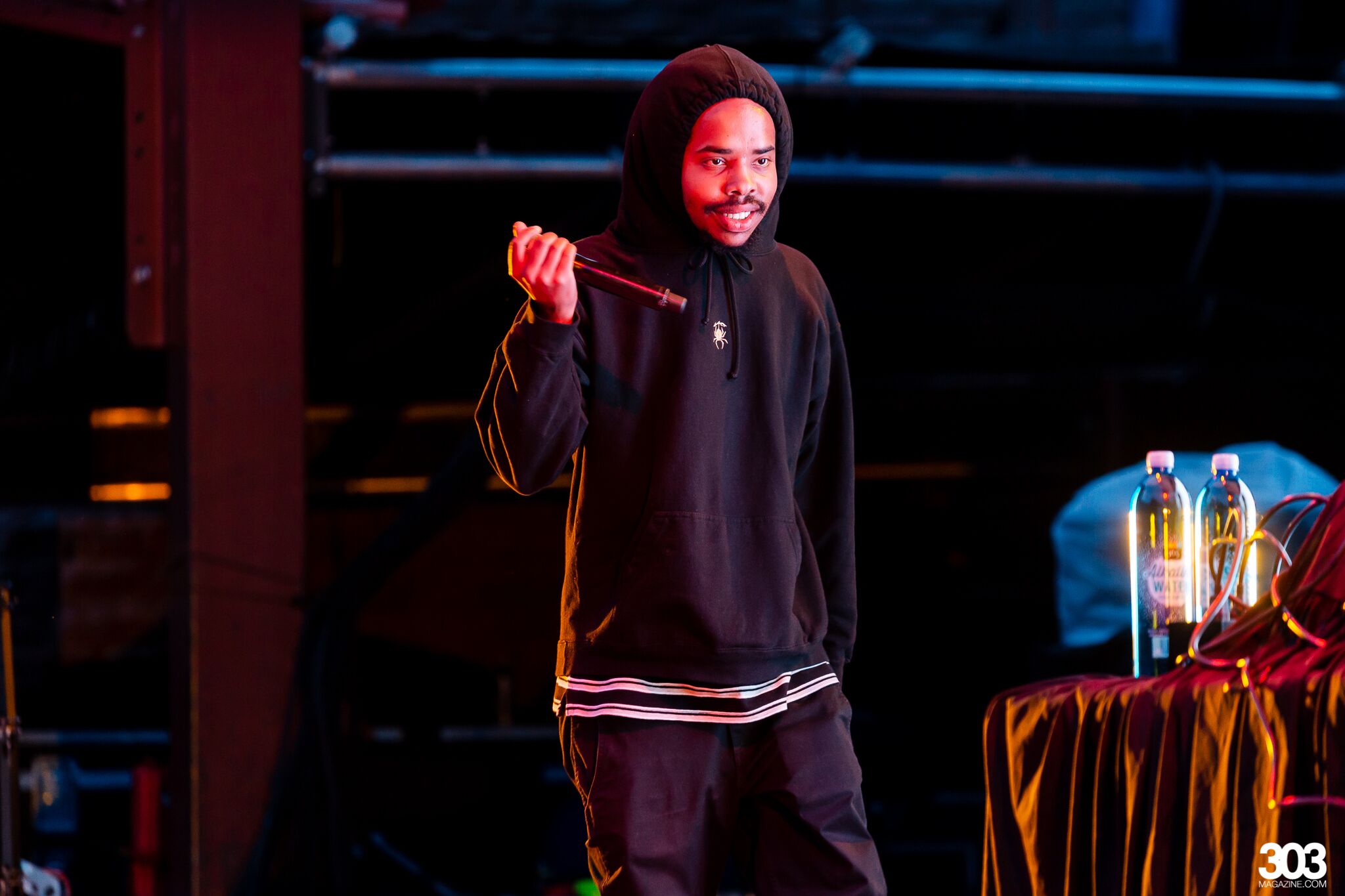 As funky and buoyant as Thundercat was, Earl Sweatshirt brought an entirely different energy. Prefacing his performance with a disclaimer to the type of vibe he’d be providing, saying he was simply going to rap at us, Earl Sweatshirt let his rhymes speak for him, and nothing else. Drawing primarily from last year’s acclaimed Some Rap Songs, Earl Sweatshirt packed heavy handed verbiage and soul samples into the overflowing amphitheater. Dialed down and casual, Earl Sweatshirt made sure the crowd marinated in his words, allowing his performance to more resemble a TED Talk from one of hip-hop’s finest than the theatrics and bombast of his genre’s contemporaries. The result was a mixed bag — some in the audience felt the joyous atmosphere deflate while others basked in ambiance, nodding along to Earl Sweatshirt’s bars. To a degree, it was refreshing to see hip-hop so unbothered it rendered itself raw, to the point where more than a few lines lingered long after he’d left the stage. 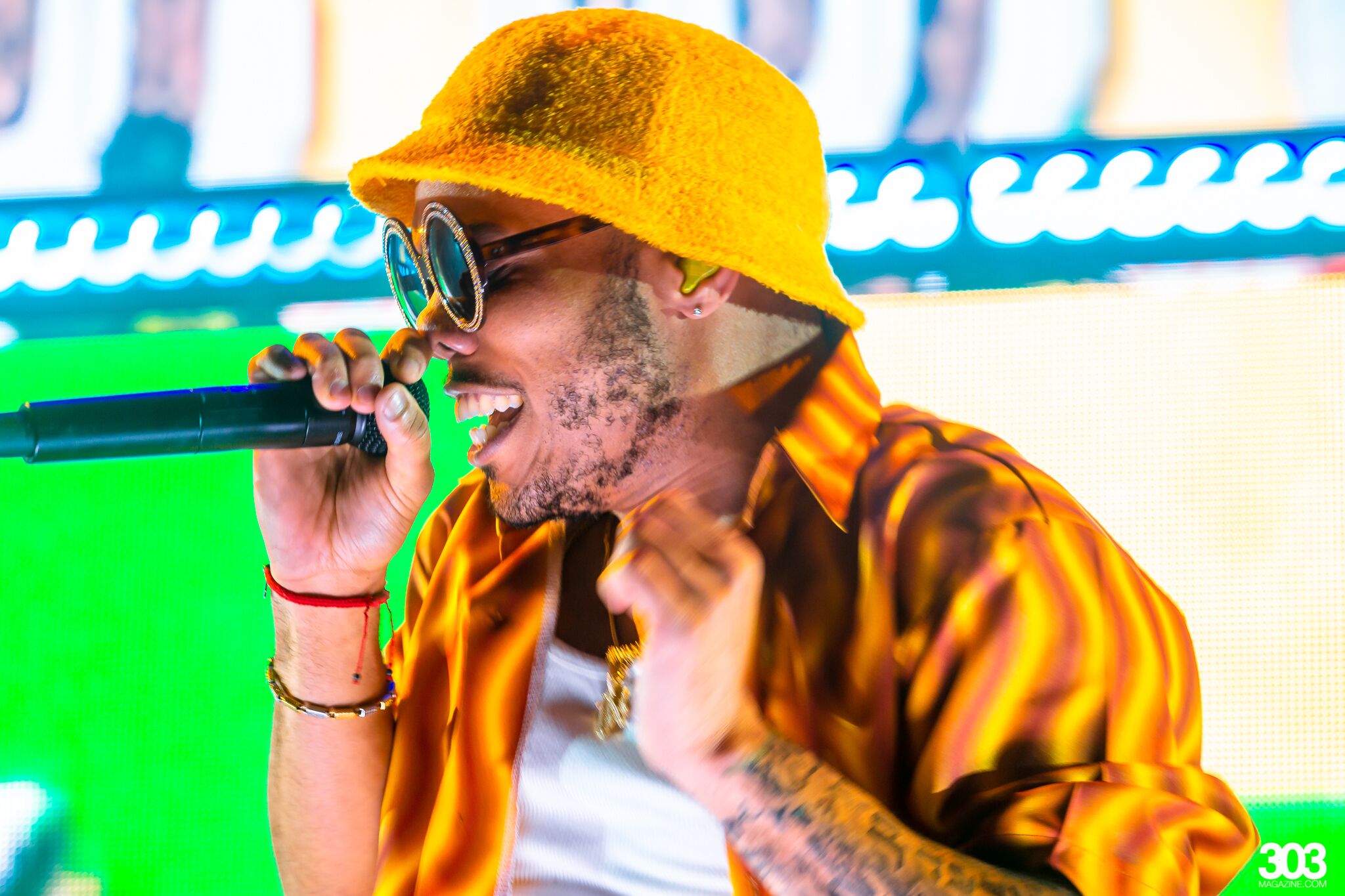 Shortly after Earl Sweatshirt’s departure, a massive LED stage build out was revealed — the time for Anderson .Paak would soon be upon us. With the house lights descending and a full moon cutting through the darkness, Anderson .Paak, rising from the depths of his structure on his drumkit, launched into “Heart Don’t Stand A Chance.” Off the bat, the energy in the amphitheater was electrifying. Hands reached into the dark of the night and bodies oscillated where they stood, as Anderson .Paak flew through one smooth groove after another. The Free Nationals, his backing band, pumped out luxe instrumentals, putting some muscle behind Anderson .Paak’s career-spanning tunes. Beaming as he crooned and as he pounded away on the drums, it was impossible to not feel the infectious propulsion to dance. 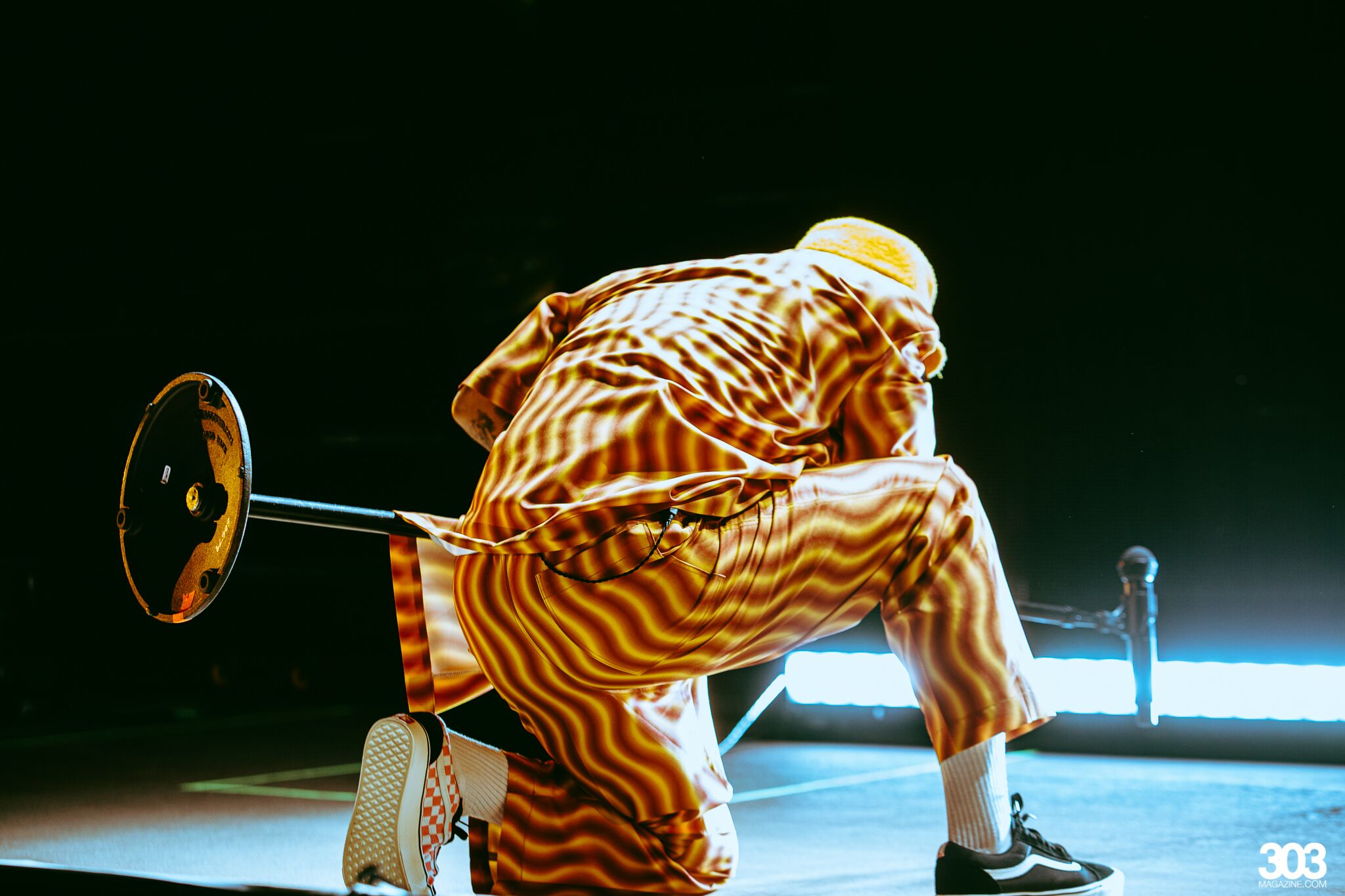 Bounding from the top of his structure to the base of the stage, and even cutting through the crowd at points, Anderson .Paak made sure all of the audience picked up what he was putting down. Whether he was riding the tumultuous bassline of “Come Down” and “Jet Black” or cruising through the commentary of “King James,” there was no slowing Anderson .Paak’s stride. It would almost seem, that the time on the road on this back-to-back tour made Anderson .Paak into an even more agile performer, doubling down on all the aspects that make him great in the first place, turning out the tour de force that proceeded to tear up the Red Rocks stage. “6 Summers” was sent through the roof on rapturous accord, “Suede” slid through the venue like melting butter and the Kaytranada collaboration, “Glowed Up” pounded on the monoliths, all on the back of Anderson .Paak’s showmanship and The Free Nationals’ all out instrumental assault. To say it was anything less than extraordinary would be an understatement. Not only does Anderson .Paak have the “best teef in the game,” he currently has one of the best tours as well.