There are a handful of bands that make infectious music. When you find one of those bands, they quickly become your new favorite – you can’t help but roll down the windows and jam out when you hear their songs on the radio. Judah & the Lion is one of those bands. Last week, Judah & the Lion took the stage at Larimer Lounge for an intimate show as part of Bud Light’s “Dive Bar Tour.” We got a chance to catch up with them before the show to talk about the good times – including their newest album, Pep Talks.

303 Magazine: How did you end up playing the first show of the 2019 Bud Light Dive Bar Tour here in Denver?

Judah & the Lion: We were very graciously asked to play the show. We actually went to the Post Malone Dive Bar show in Nashville and it was sick. It was like “Woah! That’s so cool.” So when Bud Light  asked us to play it was like “really, you want to pick us?” And then with it being Nate’s hometown, it’s gonna be sick. We’re super excited. We played [Larimer Lounge] maybe four years ago. It was one of our first official tours, and this room was so big at the time. It’s just so fun to be back and have these memories and be packed in on stage. It’s really cool. 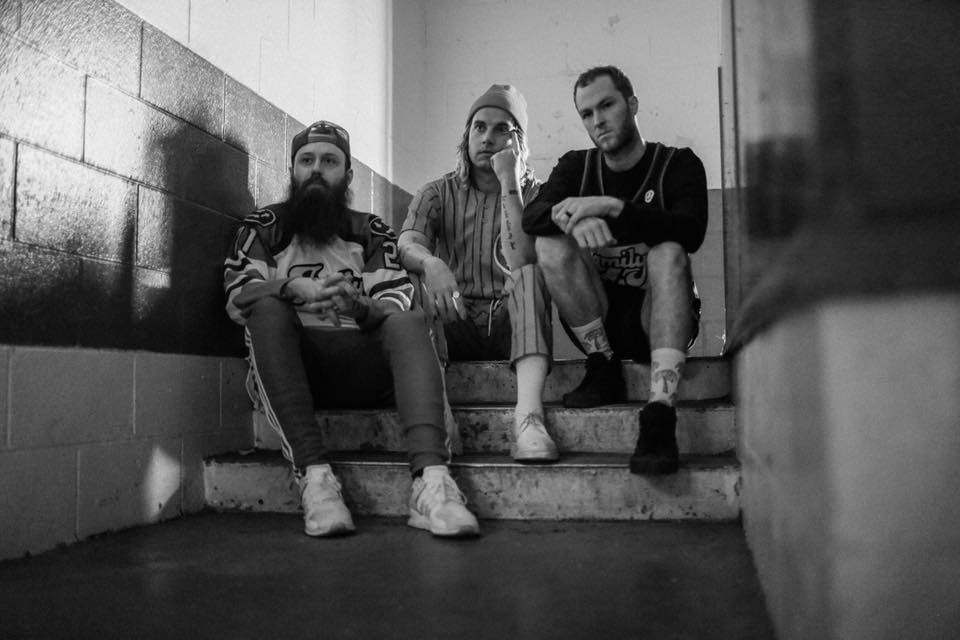 303: I know you just mentioned Post Malone’s Dive Bar show, so maybe you’ve already answered this, but what is your favorite Bud Light Dive Bar artist?

J&TL: Post Malone. It was really special. I think he had announced that he was playing the arena in Nashville, so to get to see him at a venue that we played – I think on that same tour that we played Larimer – in Nashville was really cool. And he said it was his first time playing with a band, which was amazing. So, it was such a raw feel to hear his actual voice and be like “Woah, he can sing.” It’s not just like pop-produced music. It was very real. It was a great show.

303: You just released a single ahead of your album release, can you tell me a little bit more about that song?

J&TL: “7000x” was the latest single that came out and it’s kind of funny releasing music this way. It’s like, the only way to compare it to this record – cause the record has kind of this overarching story to it – so it’s almost like releasing the first episode, the third episode, the fourth episode and then the seventh episode in a series, and then you have to kind of go back and watch the whole series to see how it actually flows. “7000x” is – the story kind of revolves around some personal pain that I’ve gone through in the past. And then “7000x” is one of the songs that kind of breaks that up and says there’s a point in your own story where you have a choice to stay down in that ditch that you’re in and this hole that I kinda felt that I was in, or an opportunity to choose to get up. We wanted this to be an anthem for our fans and for people that connect to the story in their own way and in their own lives. There’s something really powerful singing with someone else, like “look at us, we’re getting up, we’re doing it” type thing. In the story, “7000x” is midway through. It’s kind of like we’re getting to the good side of the record – the happier side.

303: You also released a track with Kacey Musgraves. What was it like to collaborate with her?

J&TL: It was really amazing. It was all so funny. It was all pretty seamless. We were fans of her and we found out she had kinda followed what we do and was supportive as well. We sent the song along, and she ended up loving the song – the demo we had made. Honestly, it was just her traveling back to Nashville. She came in one day, it took her like 3 attempts essentially, and she was done. But she was such an amazing artist to work with. We are so inspired by what she does, and heavily influenced – even the song that she’s on, I feel like she was a big influence. It was a really big honor to have her on it.

303: You spent the day before the Bud Light Dive Bar show talking to fans on social media about the new album. How were the conversations with your fans?

J&TL: It was fun being on Twitter. We didn’t get a lot of crazy questions. It was a lot of “what’s your favorite song?” and people were just studying and getting ready for finals. Either we were gonna help them focus, or they were going to get super distracted by the record. So it was a lot of just encouraging them that they’re gonna do great, they’re gonna do their best and thanks for checking out the record. And we’re super excited. 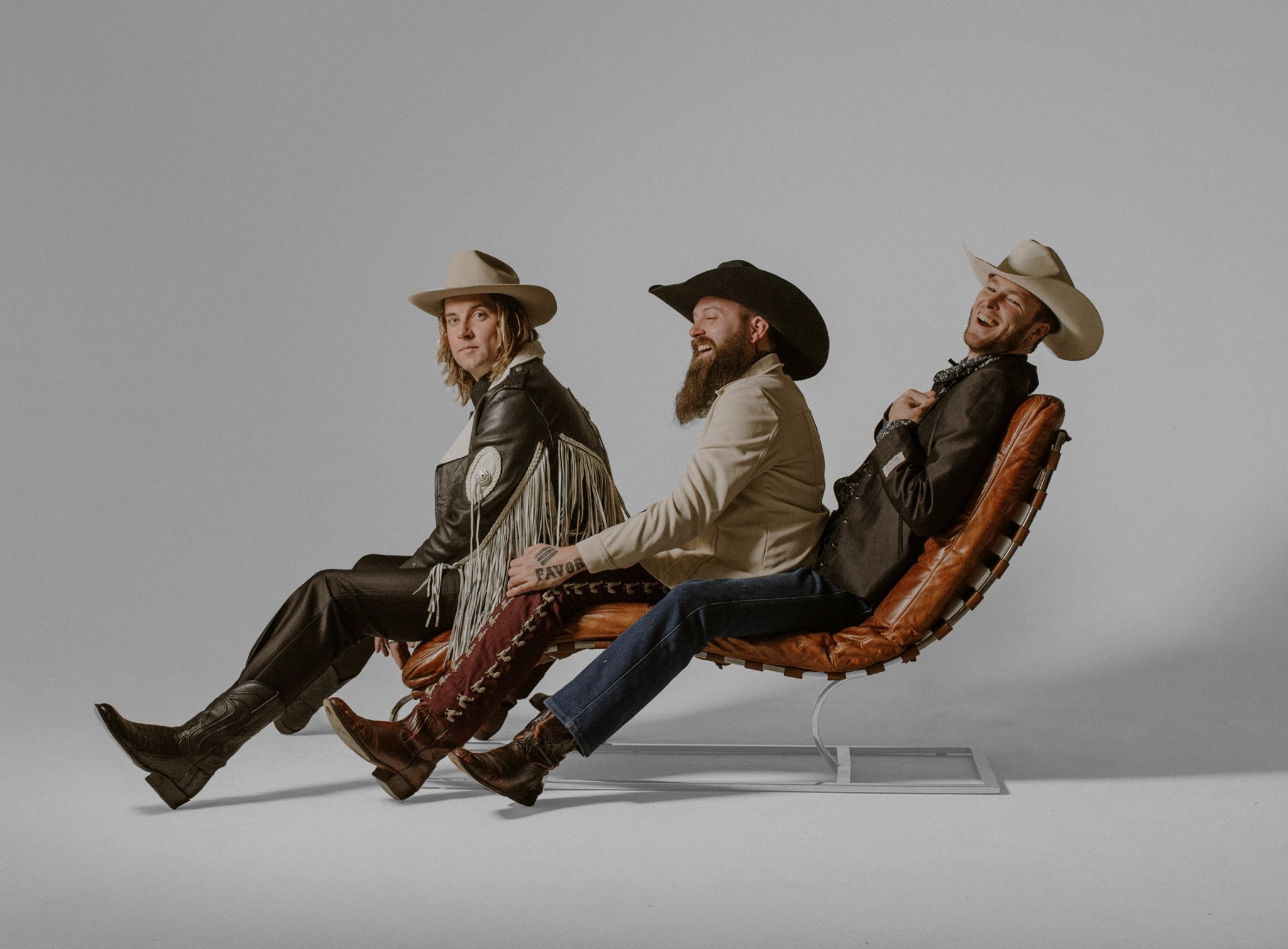 303: You have a new album, Pep Talks – what’s something interesting about the album that people might not know?

J&TL: We put two joke songs at the end. Just with the nature of the record being a little more serious and there’s the section of pain. I think we wanted our light-hearted nature to still come out, even though the beginning and really all of the record is pretty heavy at times. We still wanted our fun side to come out, so we put two joke songs on the record. One’s called “Sportz” and one’s called “17” – they’re like punk rock songs that our friends in Nashville wrote.

303: You also have a tour coming up this summer, which will include one stop here in Denver for a Red Rocks show. What should people know about this upcoming tour?

J&TL: When we go to the studio it’s almost impossible for us to not think about the live show cause we just love live performance and that interaction with the people that connect to the music. There’s nothing like a live performance from a band. I feel like we will always hold that flag up – just making records that we cannot wait to perform live. There’s a lot of moments on the record that have that intentionality of “this is going to be a really cool moment live that we are super, super excited about.” We’re playing a lot of venues that we never dreamed we’d be able to on this tour. It’s just a really cool honor to be able to do that. Especially with this story of songs that we have that we feel like – there’s a big message of hope and unity in the record. To bring that to the world, or to tour, in a world that can be so not hopeful at times and so down in the dumps and subdivided or whatever you want to call it. We’re really excited about this message we have to bring to places like Red Rocks.

Judah & the Lion will take the stage at Red Rocks on August 13. Tickets are available here.