Where in the Hell is the Lavender House? A New Documentary Explores Denver’s Most Nefarious Prank Caller

Longmont Potion Castle is a misleading name, as the man of mystery actually hails from Littleton. An avid metal-head and musician, LPC grew up in the very neighborhoods of the same businesses he later haunted over the phone. One such business, the record store Twist and Shout, began receiving calls from the prankster in the early ’90s, who pressed the confused employees to search for a song that didn’t exist amongst the store’s wide collection of records. It was a fictional song, and the poor, frustrated employee can be heard trying to appease the impossible customer in the first compilation album released by the prank caller. Twist and Shout even sold copies of the album — adorned with a sign that read, “Buy them now before we sue him.”

“The main person I made the movie for is LPC, do him justice,” said independent filmmaker David Hall, who, for the last three years, has been making a documentary about the legendary prankster. The film’s title is a reference to one of LPC’s more infamous calls, during which he pretends to be the neighbor “in the lavender house” — much to the recipient’s confusion.

“In some ways, the movie is not really for fans — I mean it is, and I think fans will like it. But at the same time, we wanted it to just be a really good movie, a movie that anyone can watch,” Hall said.

Hall has independently been making films for over 10 years. His entire body of work revolves around music, from directing music videos to band documentaries and concert films. Hall has created music videos for bands such as The Melvins and Brutal Truth. In tandem with the LPC documentary, Hall has been working on a documentary about Norwegian metal band Enslaved. “A lot of the bands I’ve worked with are bands that LPC likes or is at least aware of, so that helped me earn his trust a little,” Hall said. According to him, LPC seems to have an affinity for late ‘80s and early ‘90s alternative rock. Grunge and thrash metal seem to be LPC’s preference. However, Hall is quick to point out, LPC is a musician at heart and listens to a wide array of music. “When we were hanging out, he would put on anything from Nirvana to Fatboy Slim. And newer stuff, newer extreme metal, too.”

LPC’s work is deeply interconnected with the world of alternative rock. Travis Ryan of the metal band Cattle Decapitation edited LPC Volume IV, and Jimmy Eat World has etched quotes from his prank calls into the grooves of their records. Each prank call compilation features metal interludes between calls, all composed and recorded by LPC himself, and he’s even done a remix of a Black Moth Super Rainbow song.

A panacea for the many difficulties that plague musicians on tour — for example, Dave Hartley of the band the War on Drugs — LPC’s frustratingly comical and drawn-out prank calls fluctuate from cringingly painful to side-splitting recurring bits. For example, when the notorious prankster impersonates a UPS delivery man, he never fails to correct the confused recipient that he’s from the “United Parcel Service,” a clearly important distinction from the more recognized United Postal Service. Victims range from Eddy Money to Alex Trebek, the latter falling victim to the classic UPS bit.

Obviously, a documentary about a secretive prankster wouldn’t be fitting without its fair share of dupes and hoodwinks. Hall recounts how the publicist he had hired quit on the first day of production, not trusting the filmmakers that she wasn’t the victim of an elaborate prank herself. Additionally, the filmmakers themselves fell prey to an imposter posing as the writer of the original Rolling Stone article that catalyzed the production of this film.

One of the film’s funnier moments involved a scene with actor Rainn Wilson, who only agreed to an interview for the film. “There was a miscommunication,” said Hall, who was under the impression that Wilson wanted to be a part of the production team. It turns out that Wilson did not want to be involved in the filmmaking process whatsoever. The filmmakers held a premiere in Brooklyn last year that advertised the news that Wilson would make an appearance, which brought out a lawyer of Wilson’s to serve the team with a cease and desist order. The documentary goes more in the direction of covering all the challenges, both expected and unexpected, in profiling an elusive person who has built a decades-long reputation of dishonesty and tomfoolery. 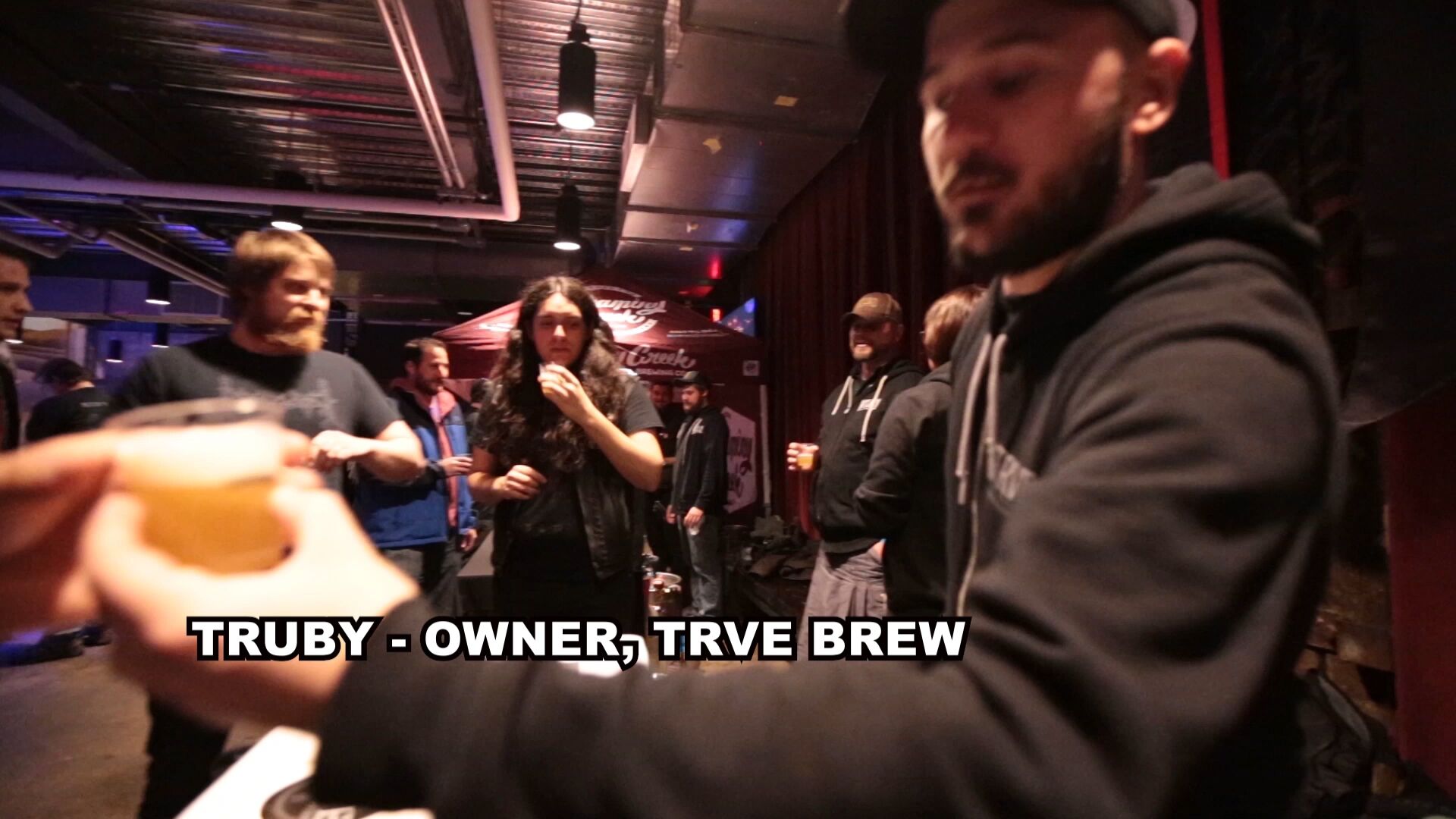 The owner of TRVE Brewery is interviewed in the documentary

To honor the birthplace of LPC’s pranking career, the filmmakers organized an LPC Fest on June 18th at the Oriental Theater. The event will include a screening of the film, followed by a bill of bands more bizarre and eclectic than LPC himself. Jimmy Flemion of the Frogs is slated to make an appearance, along with a surprise band that has, at one point, been included on VH1’s list of “Most Awesomely Bad Songs Ever.” The premiere will be an interactive event planned with pranks and confusion that will throw attendees into the dizzying world of LPC, where the line between truths and untruths is not only muddled but perhaps completely erased from existence.

Tickets for the film screening, followed by live performances, on June 18th at the Oriental Theater are available here.