Local Denverites were devastated on March 14, 2016, when Gypsy House Café shut its doors after 12 years in the quirky heart of Capitol Hill for what seemed like the last time. As an offbeat café known for its colorful mural, cozy hot chai tea, tasty Mediterranean-inspired bites and welcoming atmosphere, Gypsy House was frequented by many members of the art and music communities in Denver. At the time when it opened in 2004,  those groups didn’t have anywhere else to go to showcase their talent, hang their art and be introduced to other like-minded creators and free-spirited souls.

When twin sisters and Gypsy House Co-Owners Doniece and Dena Derani got the 30-day notice they had to vacate the building and shut down their business baby, they knew Denver would mourn the loss, but they never anticipated the amount of encouragement from old customers that would later lead to its revival a little over three years later. 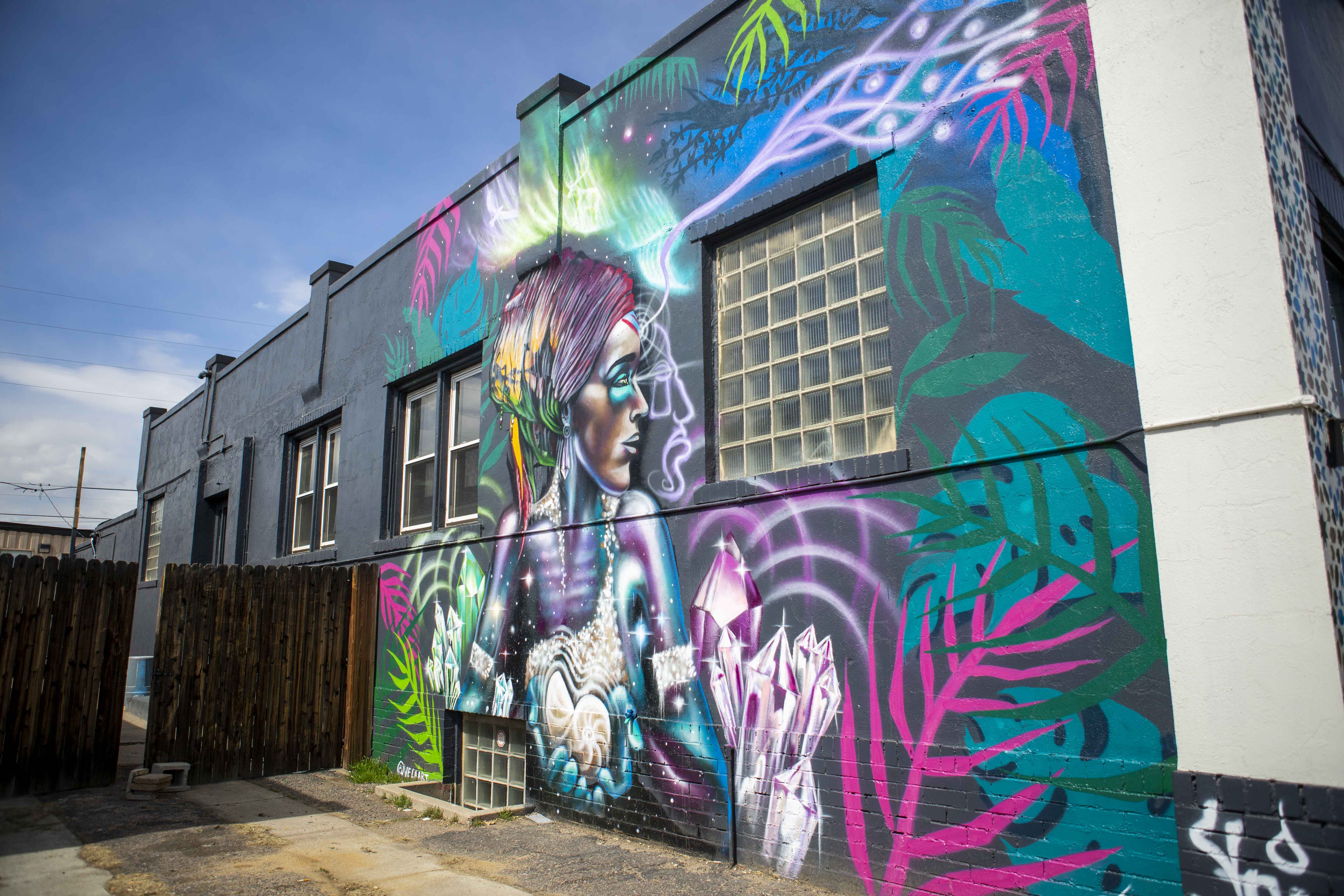 On August 10, Gypsy House Café will officially reopen at a bigger location on South Broadway with the same bohemian flair (and a touch of sophistication), booze and brilliant ways to welcome customers old and new. According to Doniece, the reason for the revival was because of public demand after the original Gypsy House closed on short notice.

“It was kind of out of nowhere, but real estate went up in Denver and the landlord got a good deal. He just sold the building and sent us a letter. It was devastating. So everybody came and shared their last times there and said goodbye to the Gypsy. We knew it was a growth spurt in the city and we just kind of had to go with the flow. There was some outcry. Some people were really devastated,” she said.

“The reason we decided to do it again was because we couldn’t go anywhere in the city without people saying ‘Are you guys going to reopen Gypsy House?’ We didn’t want to let our customers down. It was their hub and it kind of got swept away from everybody. They weren’t giving up on us.”

Both Doniece and Dena agree that their customers felt like family. For them, Gypsy House was a place where everyone belonged and some people really grew up there — including the sisters. “We are family-owned and I think we have that family vibe. We’re everybody’s family, and so I think people felt that energy,” Doniece said.

The old Gypsy House was also about inclusivity. Doniece mentioned that the café used to host a variety of events and didn’t shy away from unique talents or artists who were dubbed eclectic. From belly dancing to poetry readings, Gypsy House had some unique entertainment. They never really refused anyone.

“Anybody that wanted a space to throw this beautiful, creative event knew they could come to Gypsy House. We never said no. It didn’t matter what they were doing. It was always a good time. We’re hoping to repeat that same kind of vibe to the next Gypsy,” Dena said.

It wasn’t just the support that customers lent the sisters, but also good juju. “When we were closing Gypsy House, everybody was like ‘We hope you find a better space, we hope it has three floors, we hope it has lots of windows,’ and it was almost like fate manifested it because that’s exactly what we got,” Doniece said. “We got everything that everybody was wishing for us. So now we have a bigger Gypsy House.” 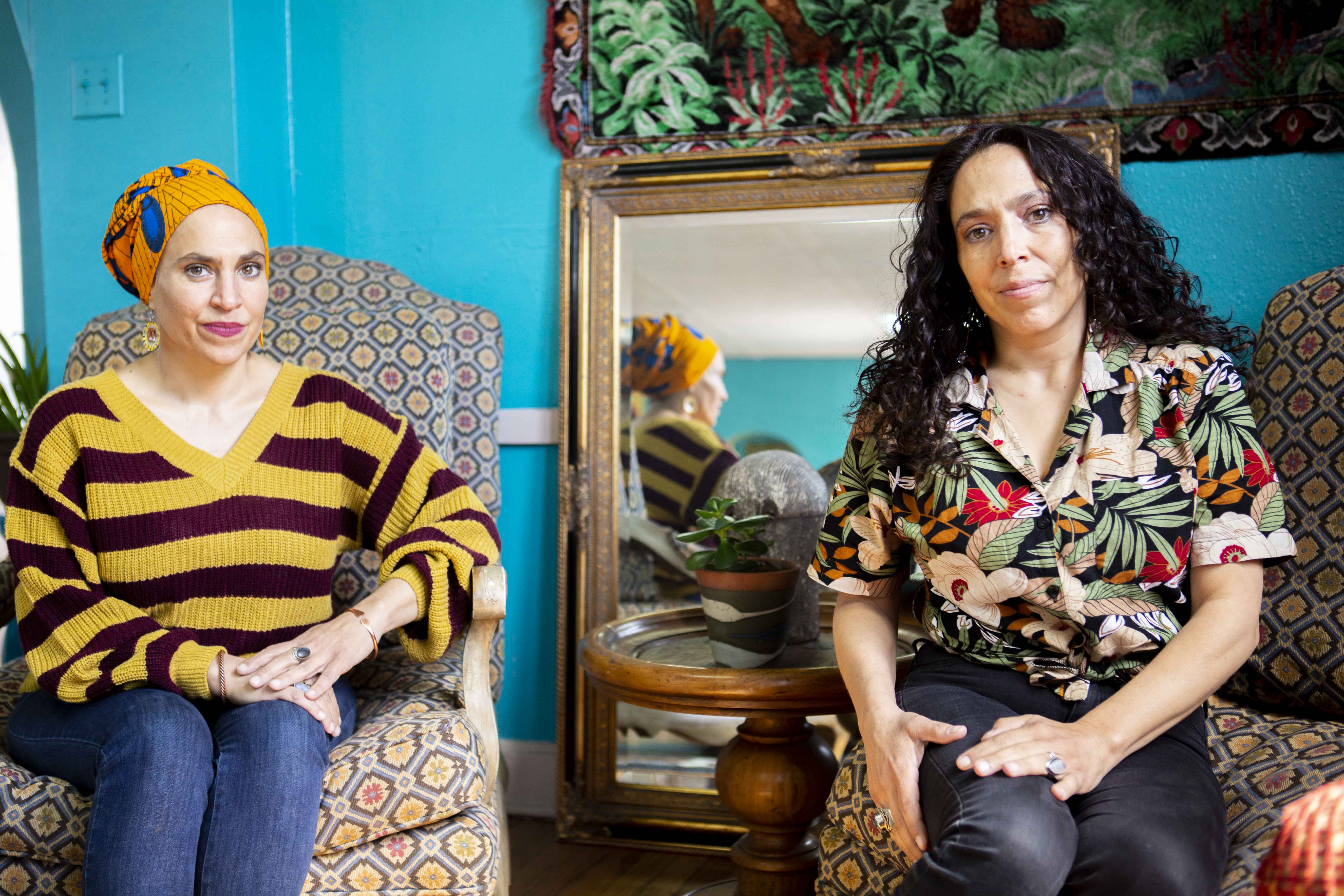 The new location isn’t in their old neighborhood of Capitol Hill, but the sisters both instantly fell in love with their new café spot and quickly bought the place before the landlord even knew it was on the market. “He [our landlord] had it for like five days when we found it,” Doniece said.

The building, which was built in 1924, has a historical feel to it. Formerly a VFW (Veterans of Foreign Wars) bar and then an art gallery, the new space has had many faces over the years, but Doniece and Dena are determined to make it their new funky home.

“That building was too nice to say no to. It’s taken a lot of work,” Doniece said. “Our landlord should get a shout out. Bryan Bozeman. If it weren’t for him, Gypsy House wouldn’t be opening. He’s excited that everybody’s excited. And that’s what I appreciate for him as a landlord. He knows he’s doing this because the community wants it. And we really appreciate that.”

With the new location, however, come a couple of changes. Doniece and Dena confirm that Gypsy House will still have its artistic energy and vibrant décor, but they’re going for something a little more sophisticated nowadays because they jokingly admit, they’ve “matured.” “We’re all grown up now so it’s more of a grown-up vibe,” Doniece said.

“We don’t stay out until six in the morning anymore,” Dena said. “We’re going to serve beer and wine, so it’s going to be more of a lounge-y, more sophisticated atmosphere.” Of course, the new Gypsy House will still feature stunning art murals, original menu favorites such as falafels, pitas and hummus, Turkish coffee, chai tea, baklava and other Mediterranean morsels and Moroccan-inspired décor in eye-catching jewel tones. 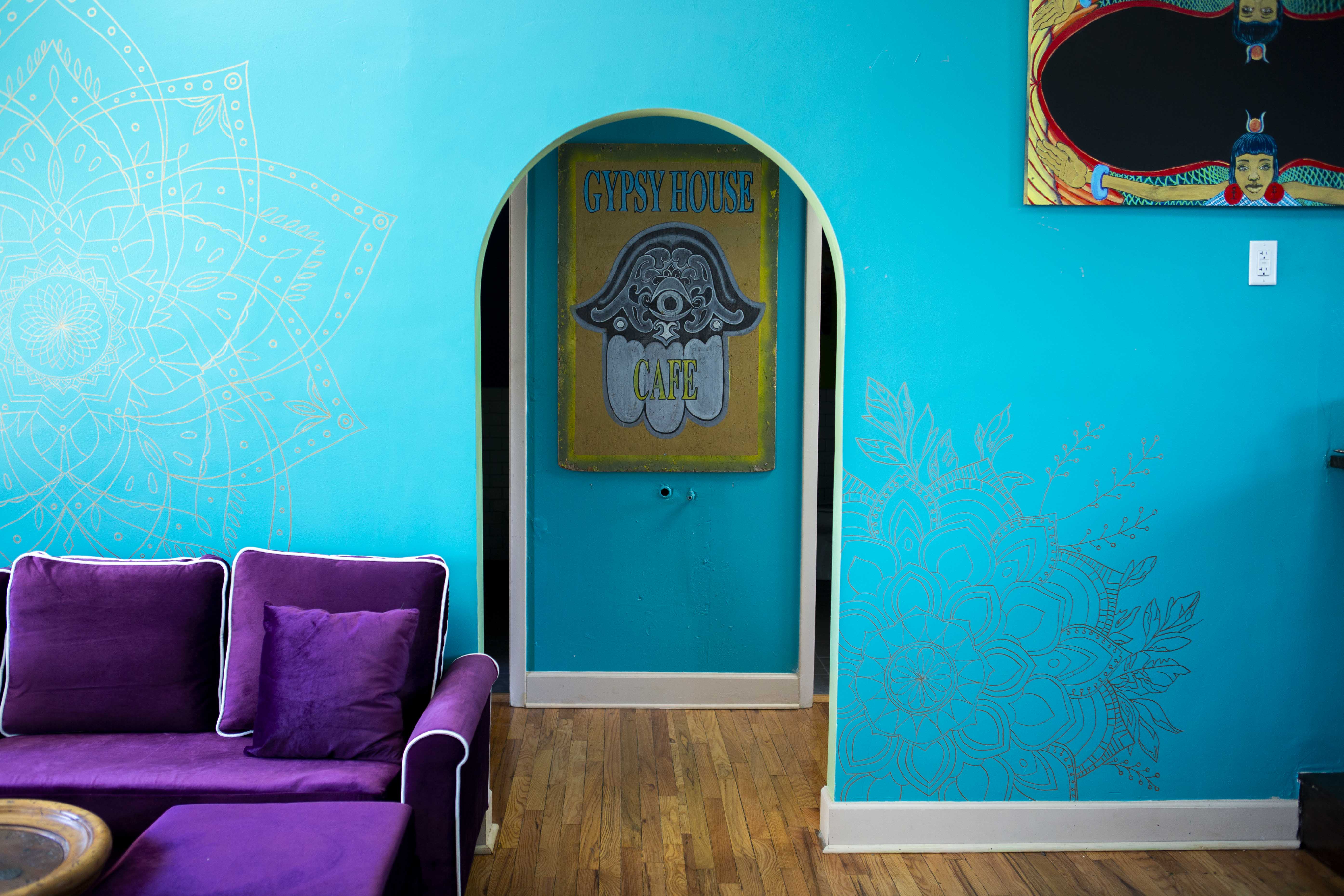 “It’s a little bit of both [modern and bohemian]. There’s still that bohemian vibe with the pillows and the colors, but we have a huge community table and there are so many different rooms that we can maybe do different vibes in different rooms. That’s the good thing about this place. We’re going to have outdoor seating. We have a huge patio, which is nice. But it’s still the same as our style before with the Moroccan color scheme and the caravan look with the blankets and the pillows,” Doniece said. She added that they definitely don’t want to feel too modern or industrial, a common interior design style in Denver at the moment. That’s not really them. “We’re not looking for that cold atmosphere like get in and get out. We’re looking for people to hang out and talk and meet each other and feel comfortable,” she said.

The sisters believe there is a new energy in the city with all the newcomers and businesses opening, and they hope to accommodate that at their new location. “We’re going to revive with the times — accept the new energy that Denver is offering with all the new people here, but we also want to give it the Gypsy House vibe where it’s in a neighborhood that’s diverse and eclectic. We want to be there for everybody,” Doniece said.

The new Gypsy House will be close to the University of Denver, so the sisters hope to attract some new faces looking for a comfy place to study and meet people. “If you’re a student, you can lounge out and do homework. We want that Seattle vibe. We want the old-style coffee house,” Doniece said.

They’re also excited to welcome back familiar faces in the art community in addition to some new acts and upcoming artists. They’ve already gotten sip-and-paint art classes and yoga lessons lined up. 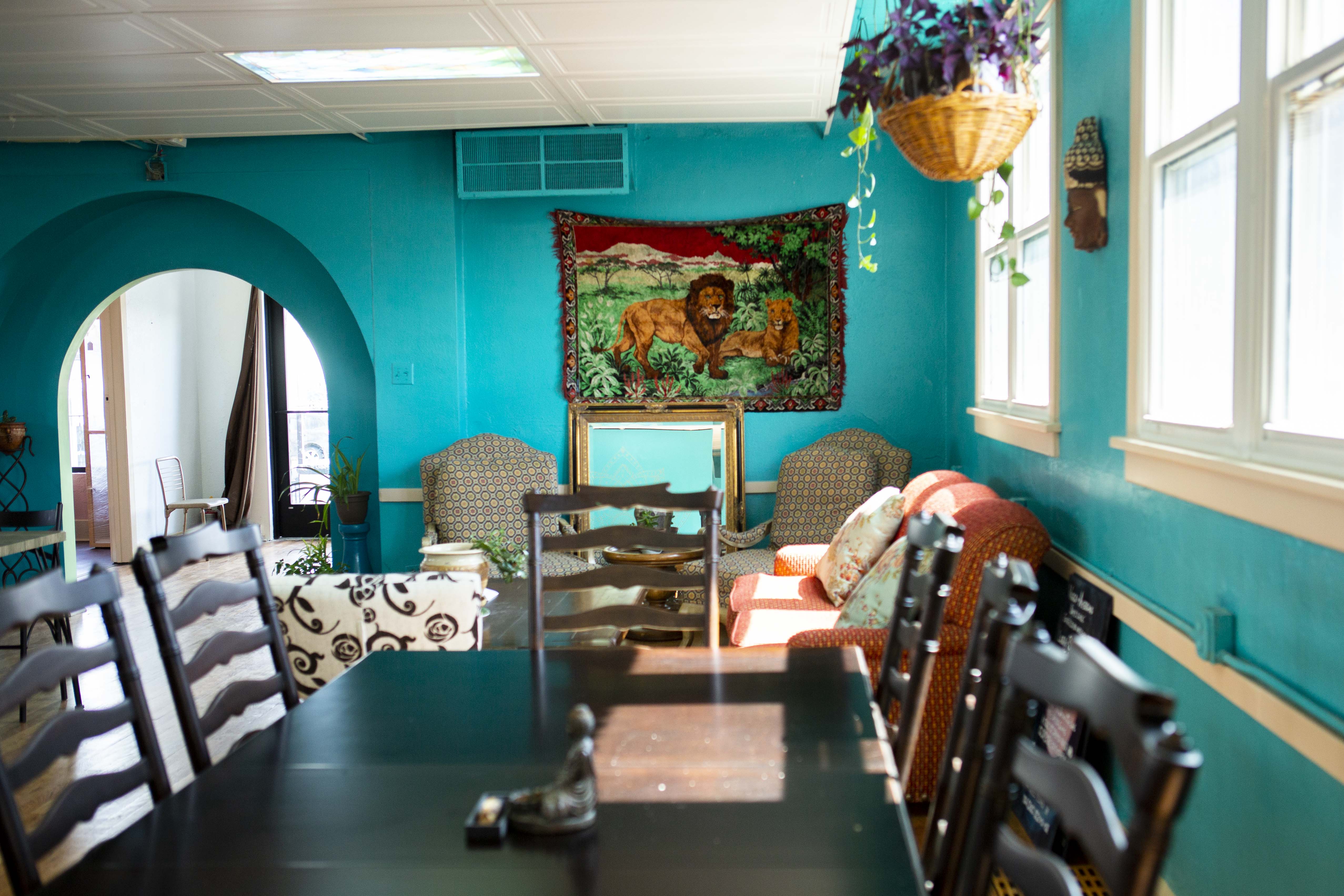 Although the two sisters are Denver natives, they are excited about the changes to their city and the growing pains that come with it. They want people to know everyone is welcome — especially transplants who haven’t found their community yet and don’t know anyone. In regards to Denver’s dramatic population growth, Doniece says she loves meeting new people from out of town, but she hates the traffic.

“I like change. We’re in a new era now. Twenty years passed by and I don’t think anybody really noticed. Denver’s sleeker now. It used to be a bit quirkier, but with the new era, a different pressure is on us. New neighborhoods are opening up. But Denver’s always been a baby compared to other cities. We just needed to grow up.”

Gypsy House Café might have matured a bit, but its philosophy is still the same as it was years ago when it opened.

“Capitol Hill was a really eclectic neighborhood. It was one of the neighborhoods where people didn’t want to be in because of gay people and the crazy punkers. And we were like, ‘This is the coolest neighborhood ever!’ That’s what makes it fun,” Doniece said.

“A city needs culture. You can’t be a community if you have just one type of people. It needs to include everybody. Once you get to know your neighbor you realize they’re just like you. I like that we’re known for that too. That’s pretty cool. That’s what always made us so popular. We never shunned anyone away or judged anyone.”

Doniece and Dena don’t feel like they need to advertise their acceptance of other cultures. Just like always, they know that the right customers will find them. “If they have that Gypsy spirit, they’ll find it themselves because they’ll be attracted to it. They’re going to come to Gypsy House,” Doniece said. 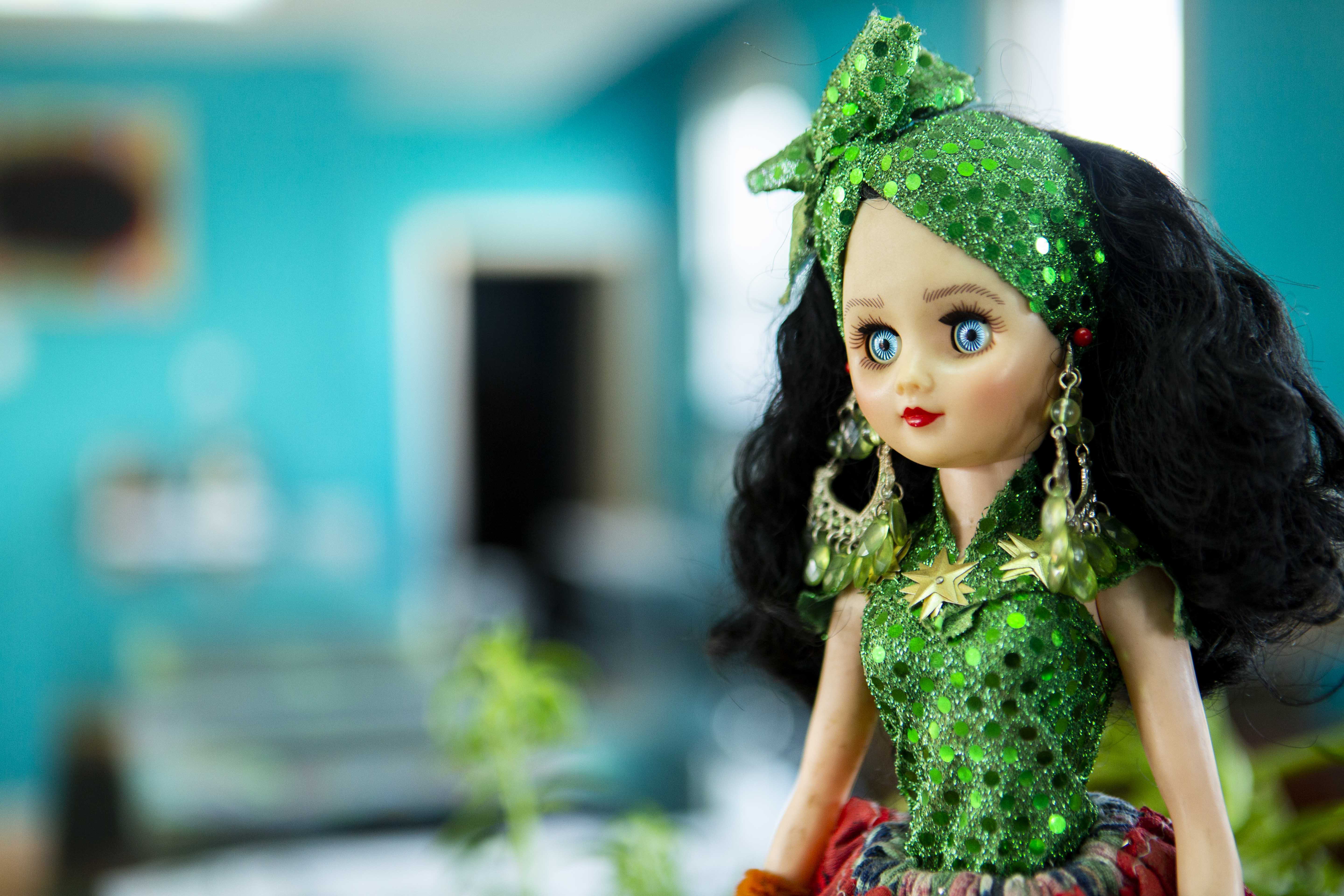 Gypsy House is expected to open early Spring 2019. The new Gypsy House will be located at 1545 South Broadway, Denver, CO 80210. Café hours to be determined.