There’s no way any of the part-time or volunteer staff at ReCreative Denver on Santa Fe Drive can keep the shelves organized. Filled to almost maximum capacity with yarn, paper, stamps, paint, colored pencils, markers, glue, felt, beads and any other fine art or craft gems you might search for in Michael’s or Meininger’s, it’s hard to imagine anyone spending hours trying to sort it all. 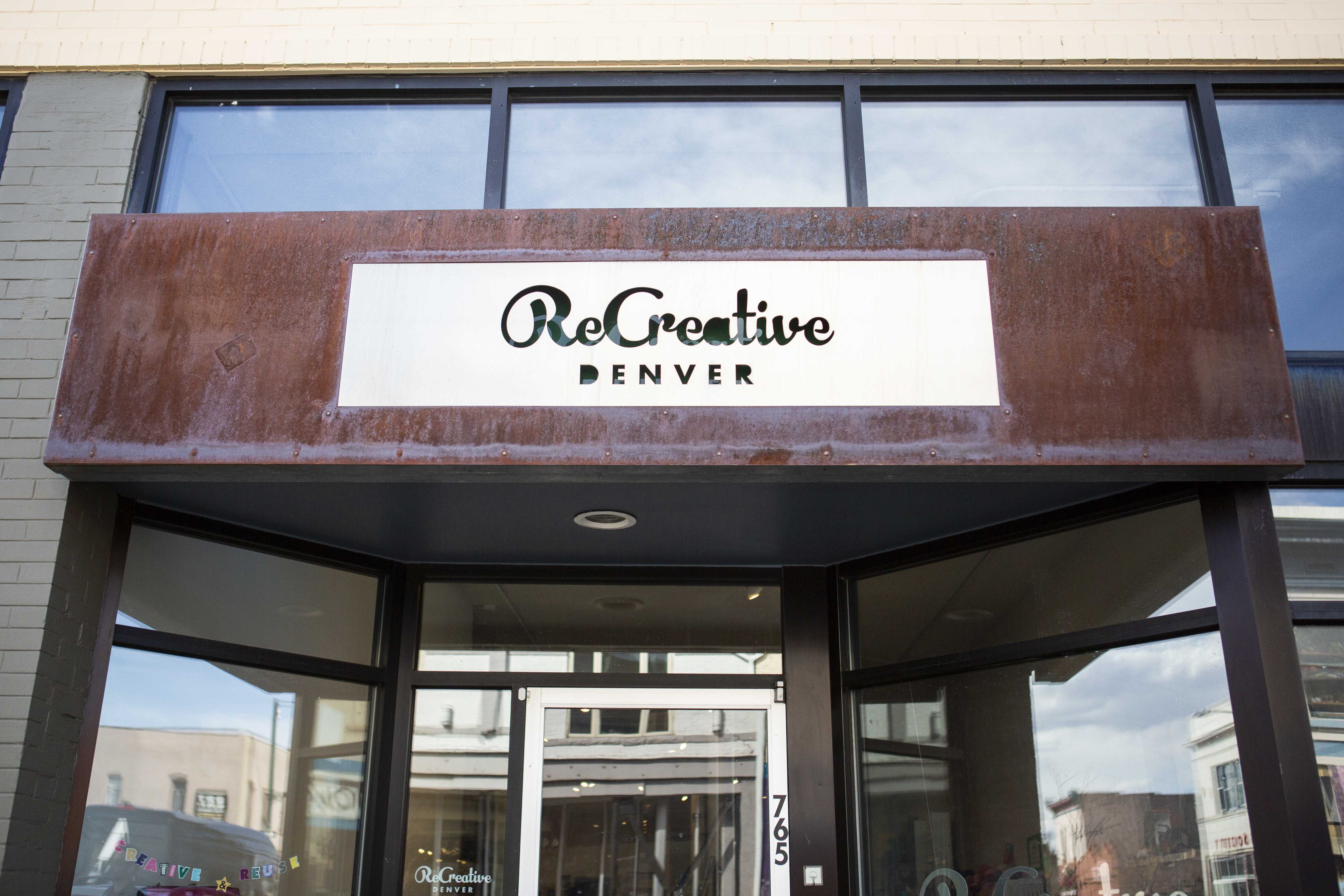 ReCreative, a nonprofit store and creative gathering space in the Santa Fe Art District of Denver is what Scott describes as a Goodwill for art supplies, craft supplies and creative material in general. Founded in 2016 by Scott alongside his friends Emily Korson and Matt Shaw, ReCreative was the brainchild of Korson who opened a similar concept nonprofit store of the same name in Seattle while she was living there. After moving to Denver, Korson decided to open the Denver location and met the same enthusiasm for the idea in the Mile High City.

“Everything’s donated,” he said. And he really means everything. You might find brand new supplies still adorned with price tags hidden among the heaps of fabric, utensils and stacks of paper, but another member of the Denver art community generously gifted even those products.

According to Scott, the reason for starting ReCreative stemmed from a mission of helping local and aspiring artists by giving them a supply store that is affordable on any budget. 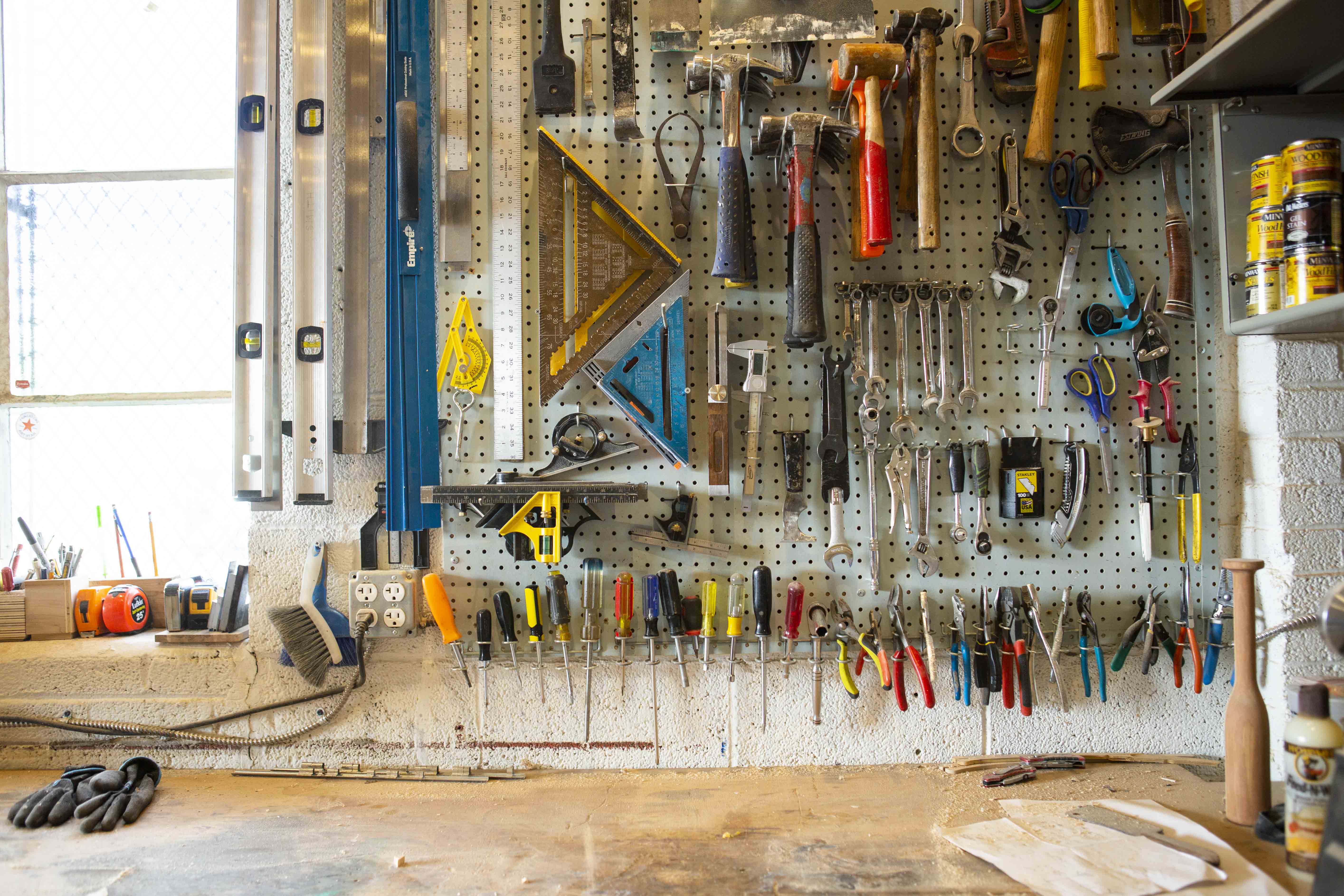 The materials run cheap. Scott says that ReCreative’s main rule of thumb is to sell used supplies at 75% off whatever price they’d typically be in your average arts and crafts store. Unopened and unused supplies will be priced higher. A piece of cardstock paper, for example, only costs you a dime, and you’ll even find lower than that depending on what materials you’re searching for.

“Twenty dollars will get you very far in the store,” Scott said. He believes the low prices are what keep shoppers coming back. “Art supplies are exorbitantly expensive or they can be. Especially for people just starting out or who want to try something new. I think the appeal to not break the bank to do that is pretty strong,” he said.

ReCreative is appealing to donators as well who have admitted to Scott they feel guilty about just throwing their partially used paint or other materials in the garbage.

“Say somebody got into watercolors for a while and decided it wasn’t for them and still has paint and brushes that are valuable. I hear from people all the time that they don’t want to just dump stuff in the bins at Goodwill necessarily. They’re not sure it’ll get in the hands of someone that can actually use it,” Scott said. 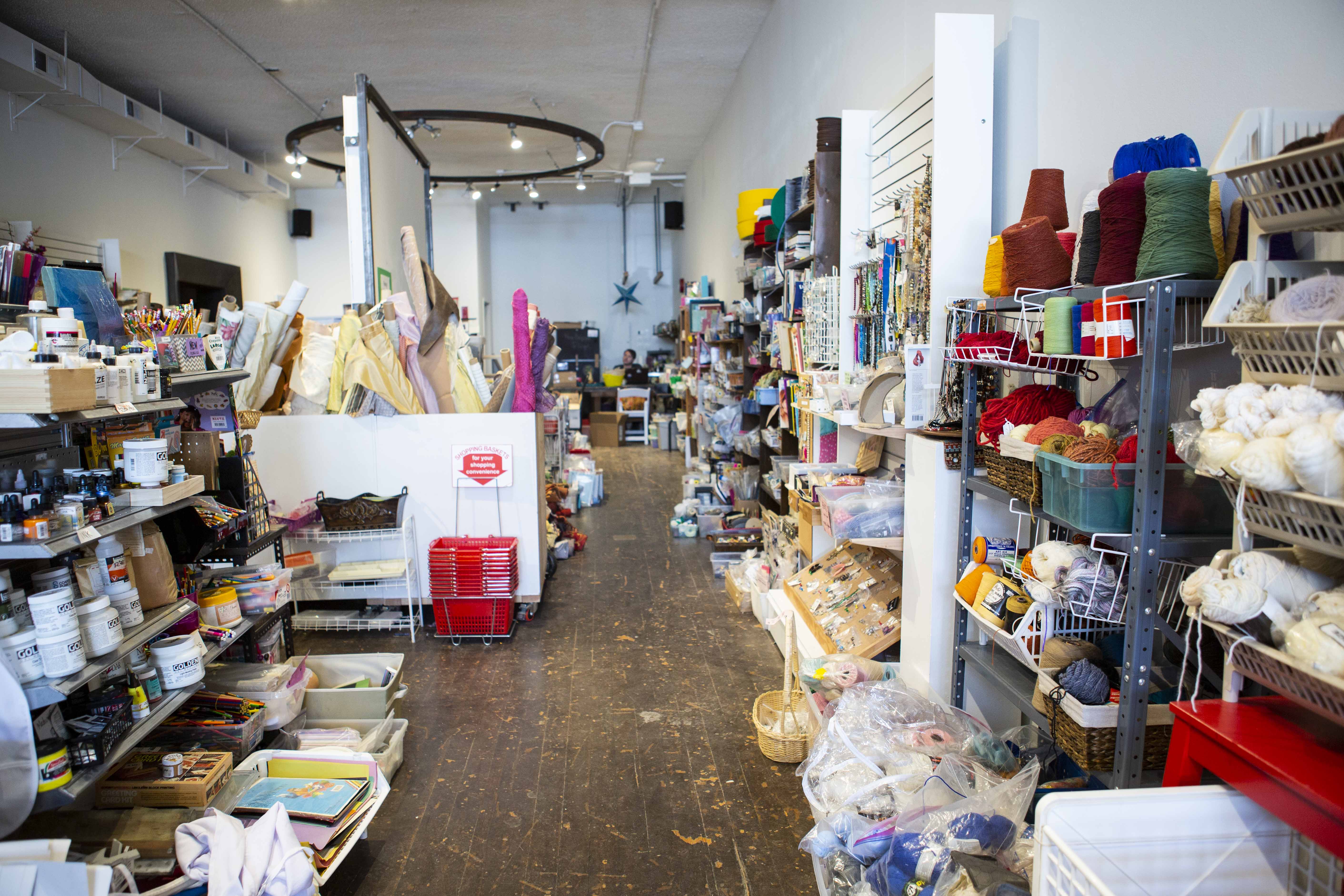 Although Scott, Korson and Shaw would like to, they can’t accept every donation they receive. Scott says they get roughly 100 pounds of materials a day, and for storage reasons, they can’t house it all and donate some of it to nearby thrift stores. ReCreative never says no to fine art supplies but is selective about fabric scraps — specifically anything less than a yard in length. They get a lot of interesting donations too — some of which doesn’t necessarily fall into the arts and crafts category but is interesting nonetheless, and they’ll take a chance on it.

“People will donate clothing and that stuff just goes straight to Goodwill. There’s a lot of stuff that could conceivably be useful. You could find a use for it but it’s a hard sell,” Scott said. “Sometimes you get something that’s just weird — or cool — and I have a feeling of what will sell and what won’t, so I’m sort of willing to go outside the main thrust you know?”

The staff at ReCreative really does try to relieve some of the art supply waste dumped in landfills and their environmental objective is incredibly important to them. In addition to selling arts and crafts supplies and offering art workshop classes and private studio space, ReCreative also features a gallery space where they typically display works that center around recycled art and using repurposed materials. ReCreative wants to educate people on this matter and inspire people to find beauty in reuse and continually create with that in mind. Customers at ReCreative sometimes post Instagram photos of their creations, and that really resonates with the ReCreative staff. 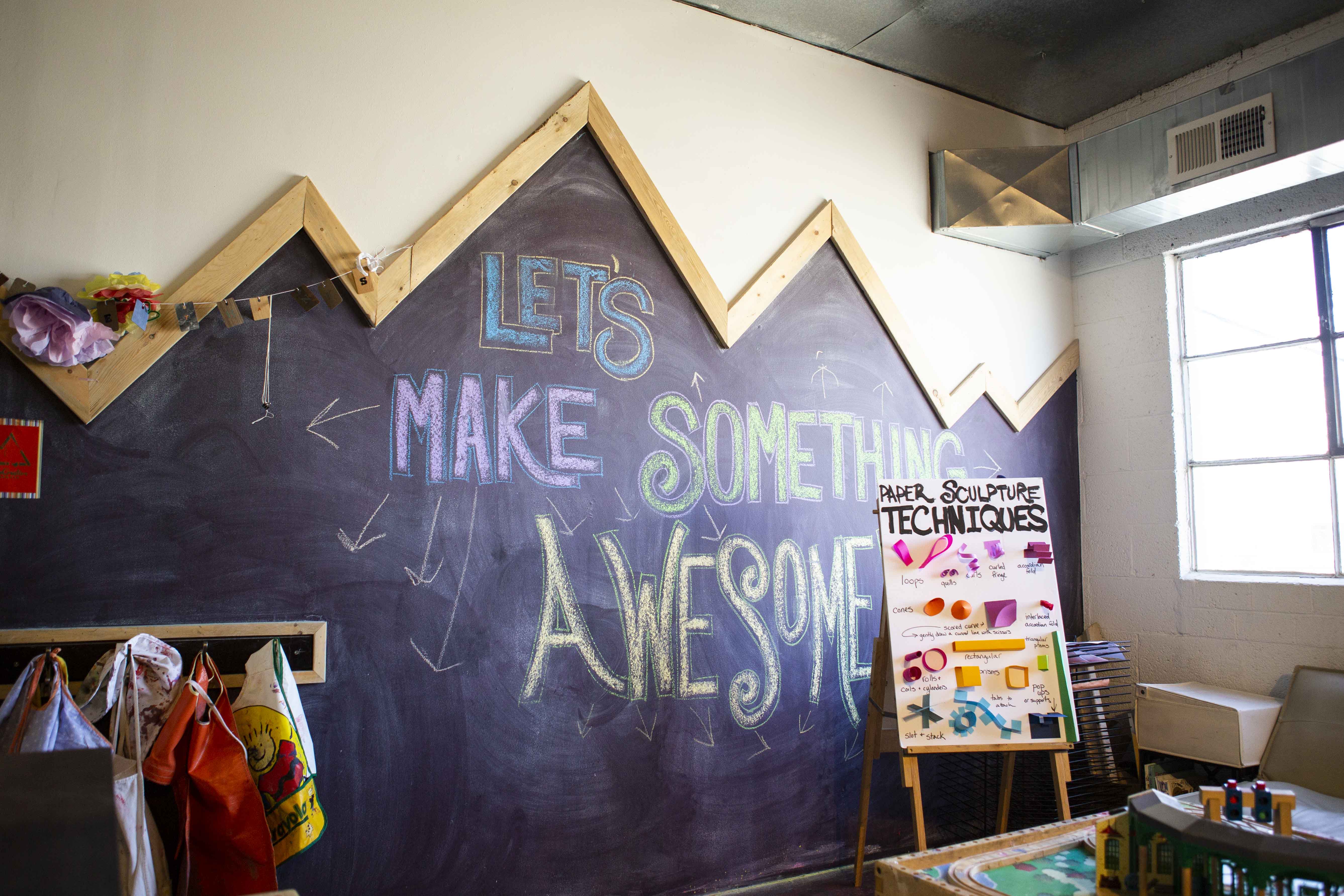 “It is really fun seeing the crazy things that people end up making with our stuff. I always encourage people to do that,” Scott said. While working at ReCreative, Scott has seen people sew costumes for entire theater productions using scrap fabric from the store. He has even seen a lady sew a dress entirely from old neckties. According to Scott, these artists are incredibly important in inspiring others to take better care of the world and shop locally and for reused goods.

“You look at the world now and it’s totally alarming. It’s haunting with all these totally damning reports from the New York Times. We’ve got to do something,” Scott said. Scott believes the Denver art community is its own ecosystem. He frequently witnesses former customers coming back to donate and vice versa, which means ReCreative really is giving back to the neighborhood. 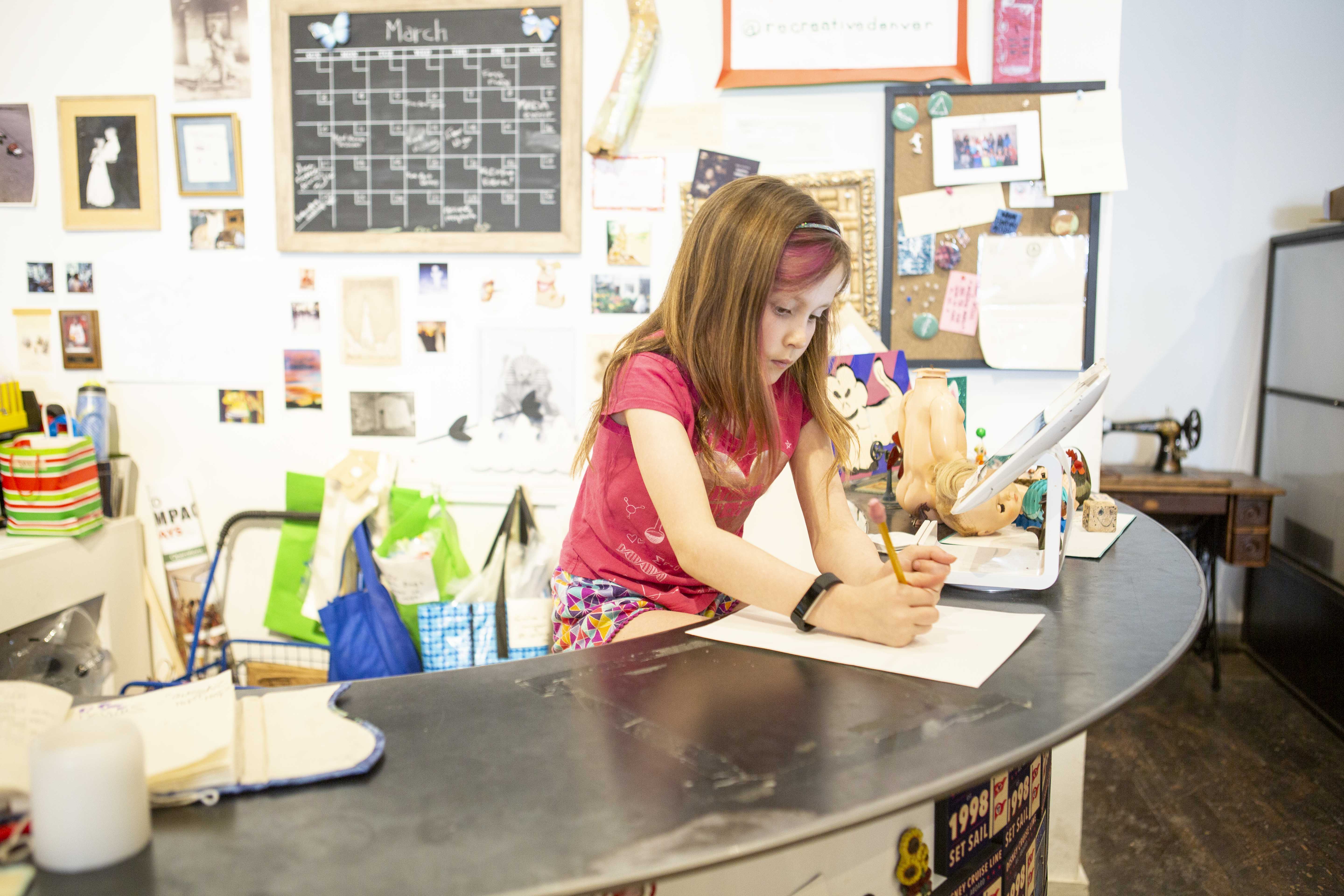