5 Art Shows To Check Out For First Friday This Month

First Fridays in the Denver art districts are a time to shamelessly gallery-hop and see as much art in one night as possible. Galleries are open later, with many offering free bites and drinks, and the overall atmosphere is casual. As spring starts to feel more palpable, this First Friday will likely attract many art lovers who may have been hiding out during the cold winter months — and for good reason. These five shows are some of the shining moments for the night, although they are only a small portion of the possibilities you have.

Check out our Definitive Guide to Denver Art Galleries or the Guide to First Fridays for a more complete list of your options. 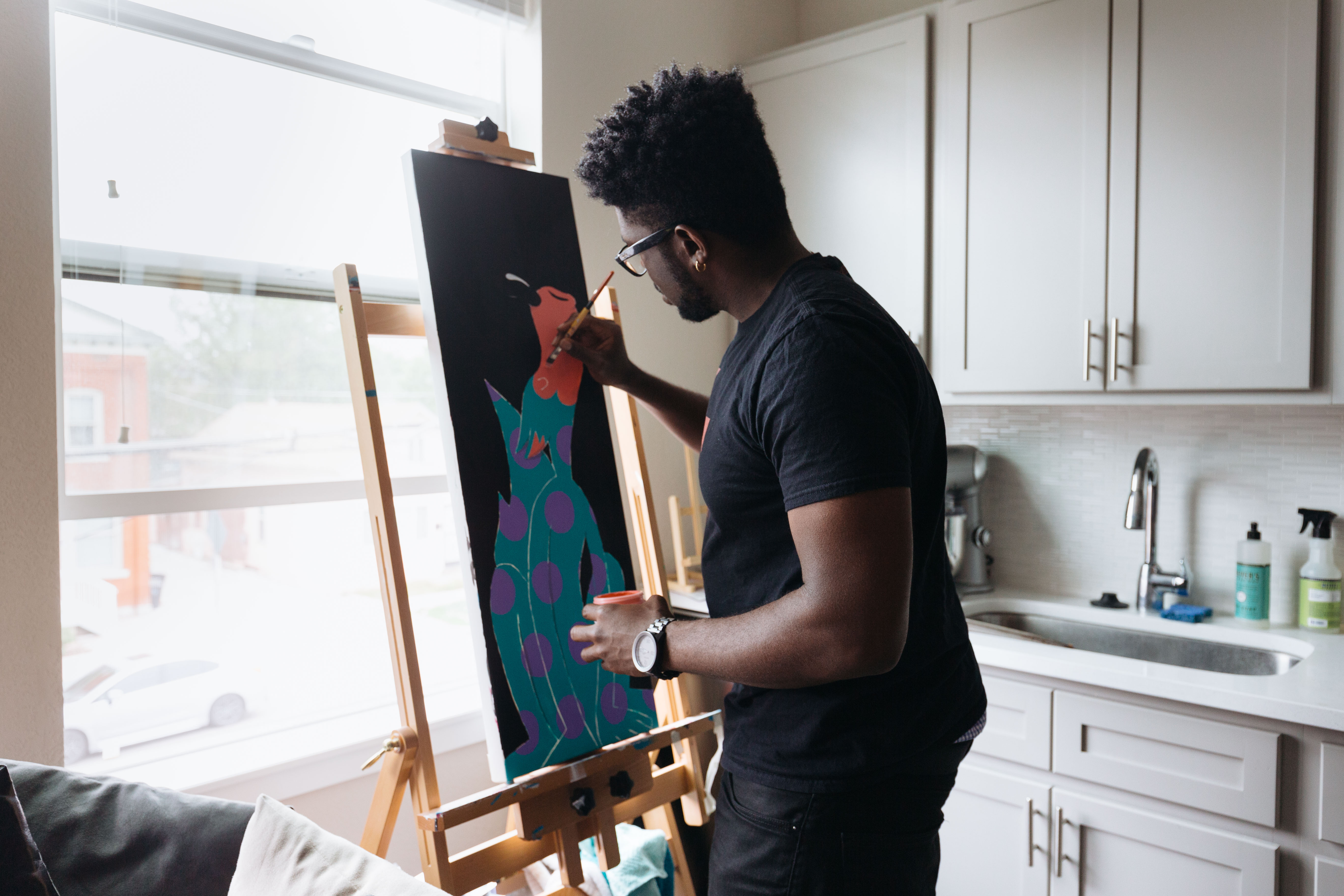 The Lowdown: Featuring a solo show of local artist Johnny Draco titled Year One, this show is for fans of pop-art, comics and those with a healthy sense of humor. Draco will exhibit his paintings, although he is also a toy designer for KidRobot — a job he admitted was a “dream” and the reason for moving to Colorado. Year One marks a “radical shift” in Draco’s subject matter, where instead of internal observation, he seeks to explore the human condition.

READ: Denver Toy Designer Talks Creating an Alphabet For the City and His Dream Job 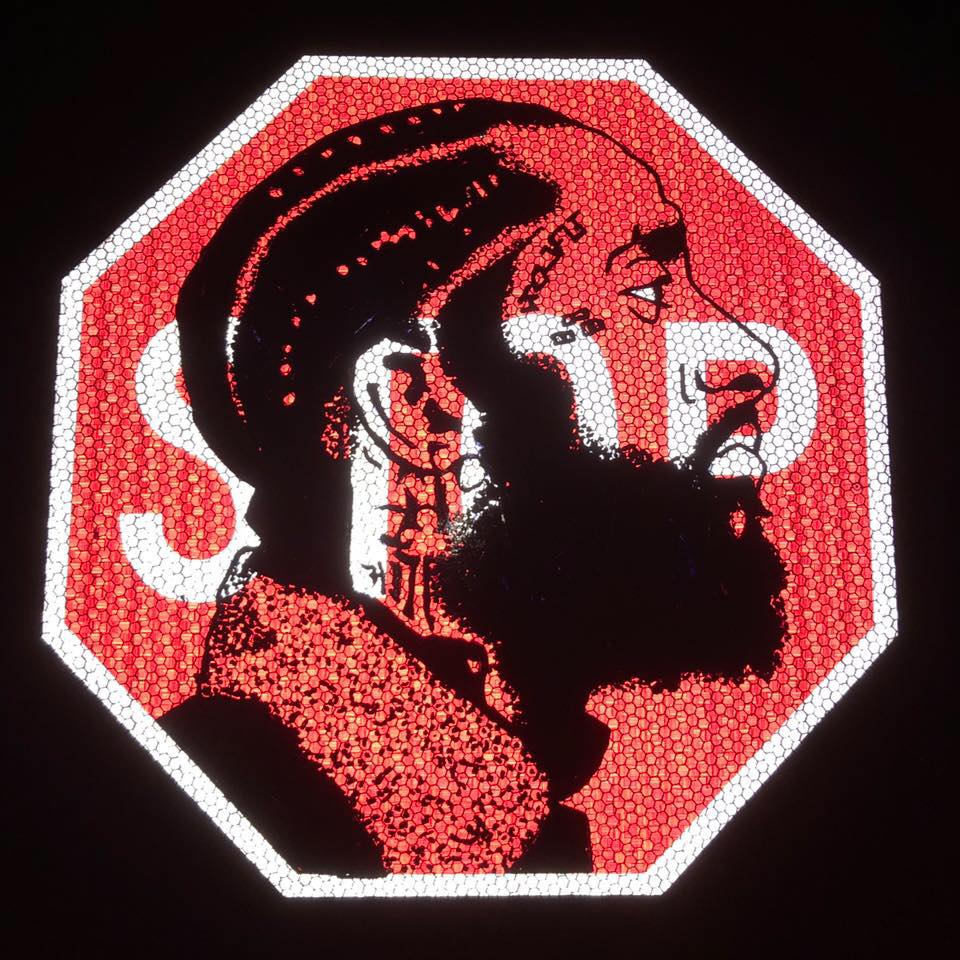 The Lowdown: If you’re looking for something outside the typical First Friday locales, check out Sally Centigrade in Belmar for a pop-up of Denver’s The Signtologist. With work featured at the Center for Visual Art on Santa Fe Drive, at various restaurants in the city, and in major cities around the country, artist Dan Ericson calls himself The Signtologist because he employs street signs as his canvas. By not painting a primer over the signs, Ericson repurposes their meanings with his overlaid images. Joining the special pop-up with some of his street sign work will be Elena Gunderson and “The Narcissist Gallery.” Sally Centigrade isn’t giving much away as far as what that means, but they did mention to bring your camera and an open mind.

Plus Gallery at 808 Projects – Daily Driver 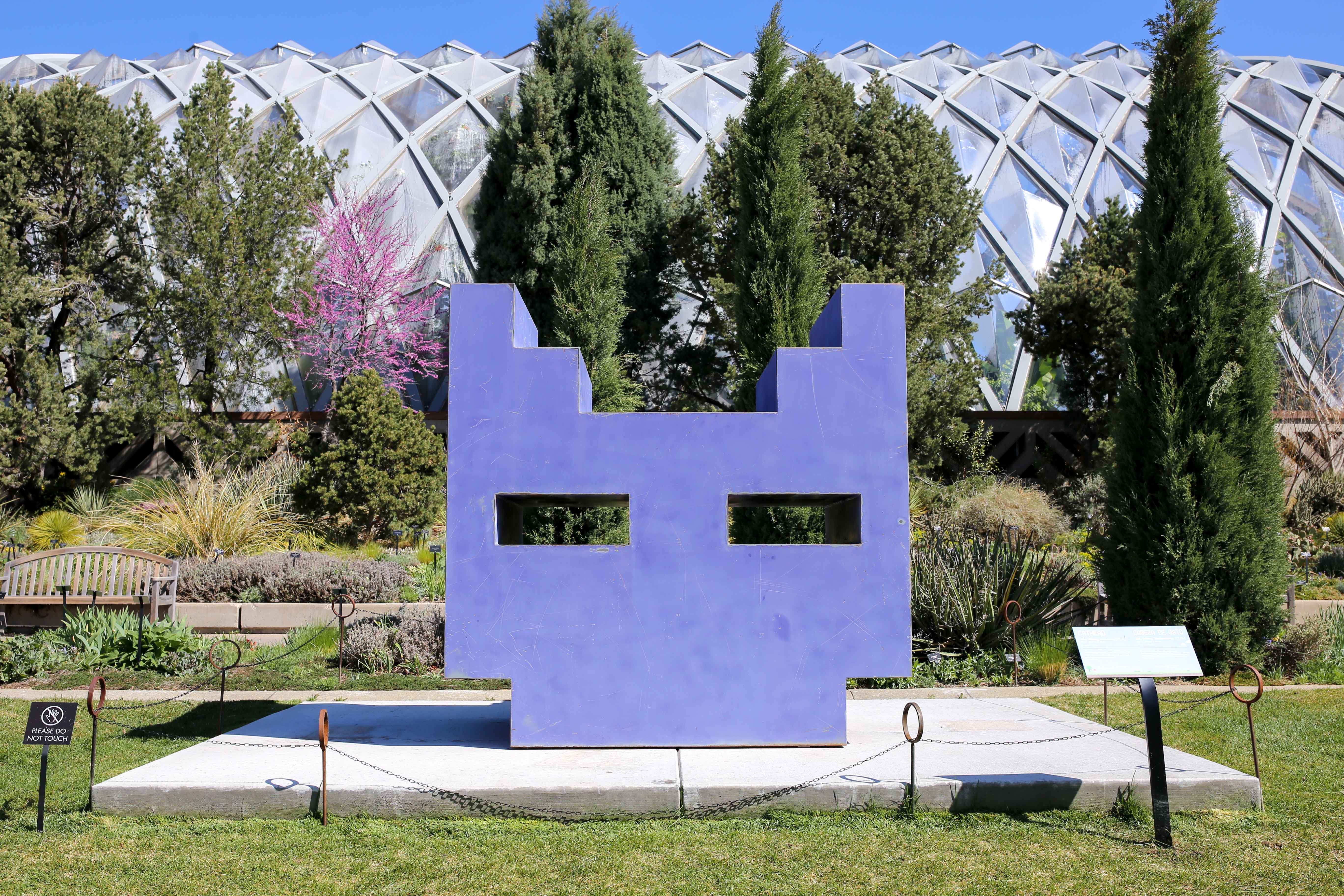 The Lowdown: Artist Mike Whiting has made his mark in Denver with his large steel sculptures. Three of them greet visitors at the entrance to RiNo — one is actually a rhino and the other is a pair called Pinkie and Mr. Green — and last year an entire solo show of his pieces titled Pixelated at Denver Botanic Gardens garnered national attention. But Whiting’s experience in Denver has also been punctuated by exhibitions at Plus Gallery, including Daily Driver which opens on Friday and is on view until May 12. Daily Driver steers away from Whiting’s previous work in some ways, while adhering to the artist’s interest in over-simplified representations and hard, cold lines. For this show, Whiting used the term “daily driver” to encapsulate his love of car culture and oddities of a commuting life. The pieces in the show reflect the facades of cars, from racing stripes and hoods to the concept of cars as vehicles of freedom and, consequently, freedom of expression. 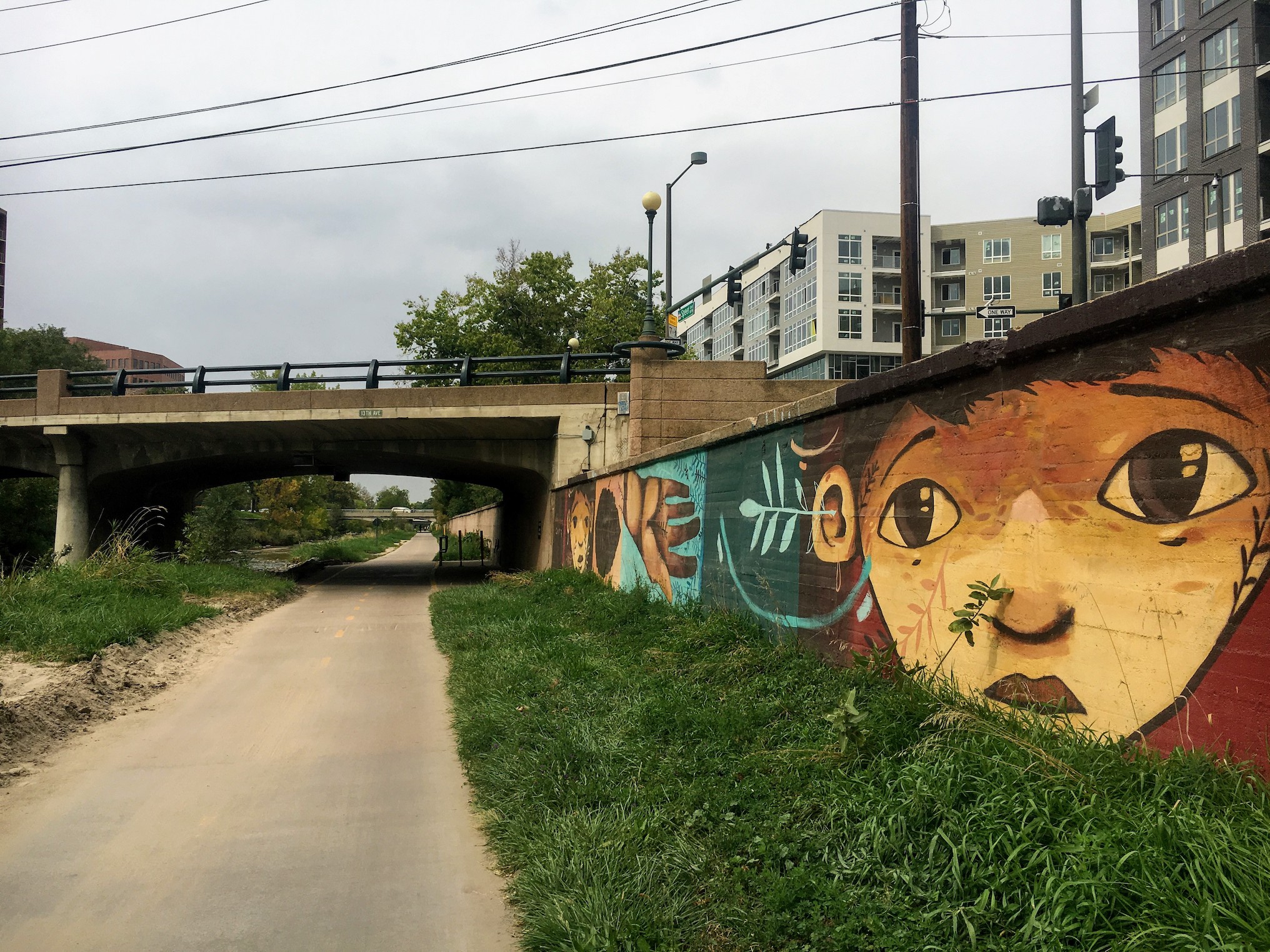 The Lowdown: Alto Gallery, holding down a spot in the Tennyson Cultural District, often represents street artists, both local and international. For this show, You’re Majesty, Alto is presenting a group of artists that include muralists Pol Corona and Victor Escobedo as well as illustrators Sofie Birkin and Tanner Wilson. Corona is a Franco-Argentinian artist who now calls Denver home, after painting murals on the Cherry Creek Bike Path as well as in alleys in RiNo. He learned his trade in the streets of Madrid and is now known for the comforting faces he paints with warm color palettes. Escobedo has called Denver home for over a decade, spending his time as a muralist — who painted during CRUSH Walls last year — and graphic designer. Much of his inspiration comes from legends, myths and indigenous world views. British illustrator Birkin, who now lives in Denver, draws “powerful women in gaudy colors” that speak to many different cultural phenomena and betray her interest in historical research. And finally, Wilson uses iconography — especially in religion — to portray the inner workings of different narratives. His graphic, saturated style is sometimes at odds with his passion for Russian Orthodox paintings and their subjects, but in that tension there is friction, and in that we find the joy of art. 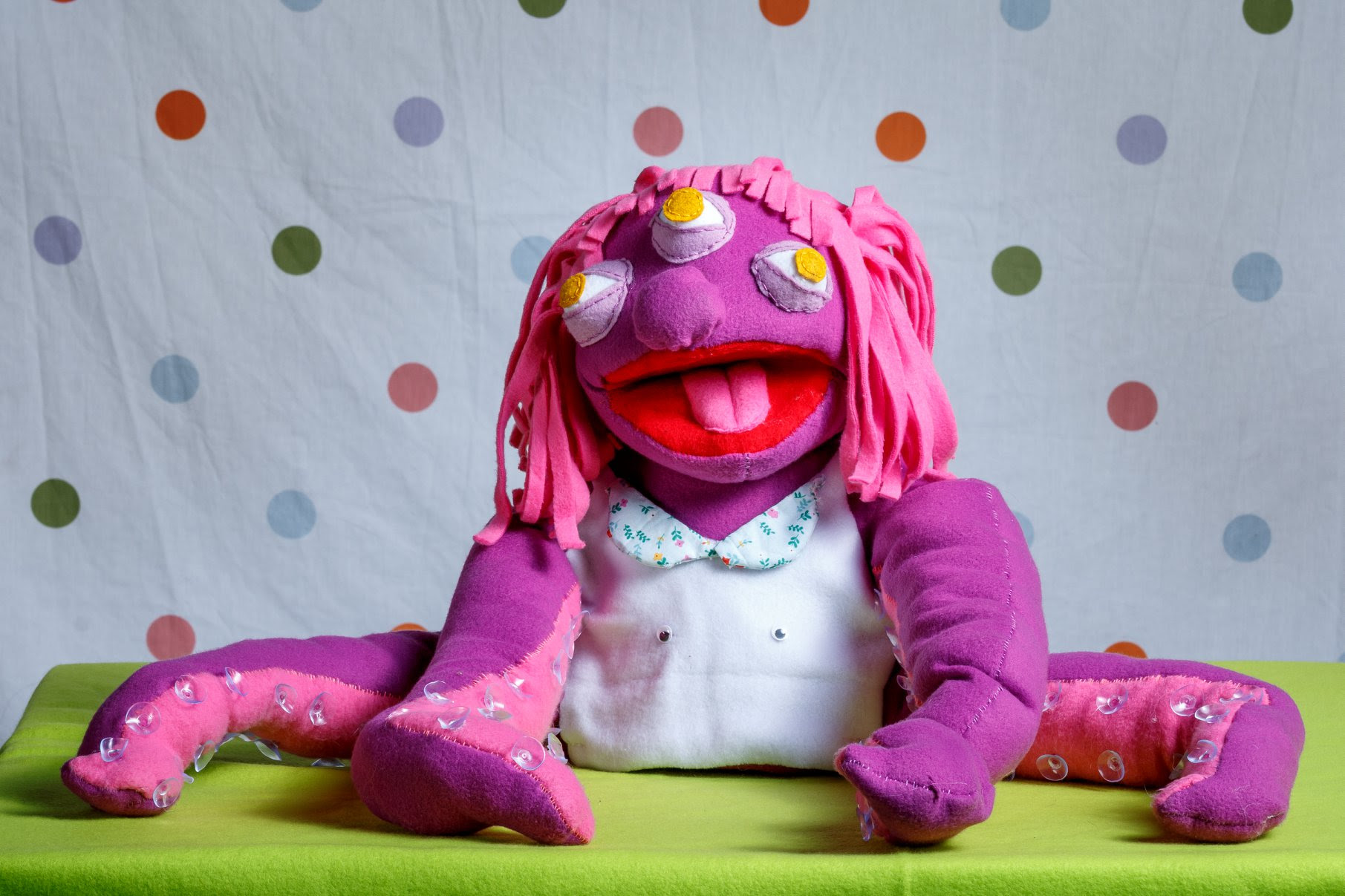 The Lowdown: Starting at 6:30 p.m. in the parking lot of Lamar Station, a puppet parade will make its way around the 40 West Art District, visiting the handful of galleries and creative spaces. This puppet parade will be made up of portable puppets and inflatable installations and encourages people to tag along, take photos and enjoy the bizarre experience. If a parade is too odd for you, then check out the Colorado Mosaic Artists opening reception at the 40 West Studios. These pieces of art are intricate, painstaking works that combine kinetic creativity with problem-solving and visual acuity.