The Moon Room at Summit Music Hall feels like a launching pad for artists on the verge of breaking through the stratosphere. Tuesday night’s performance — featuring Wet and Kilo Kish alongside singer/songwriter Helena Deland was no exception — as three uniquely different artists converged, creating an atmosphere on their own terms. Wet, an emotionally ethereal outfit that digs into lead singer/songwriter Kelly Zutrau’s vulnerabilities, Kilo Kish an experimental auteur wading in industrial waters, and the haunting beauty of Helena Deland’s solo dirge gave Denver a breath of fresh air from a group of music outsiders breaking in.

Deland opened the show, softly strumming her guitar while her childlike vocals waivered in and out of her delicate chord progressions. For as gentle as her set was, Deland had everyone transfixed in her melancholic tunes and the bare honesty with which she sang them. The Moon Room, nestled in the corner of Summit Hall was a cavern of silence — no sideline conversations punctured the still air, no rustling of stiff drinks nor hard shoes scrapping the floorboards— there was nothing but Helena Deland, her guitar and the audience. Between the cyclical looping of her voice and the calm of her demeanor, amid her forlorn solo material Deland set the night off on the right note. 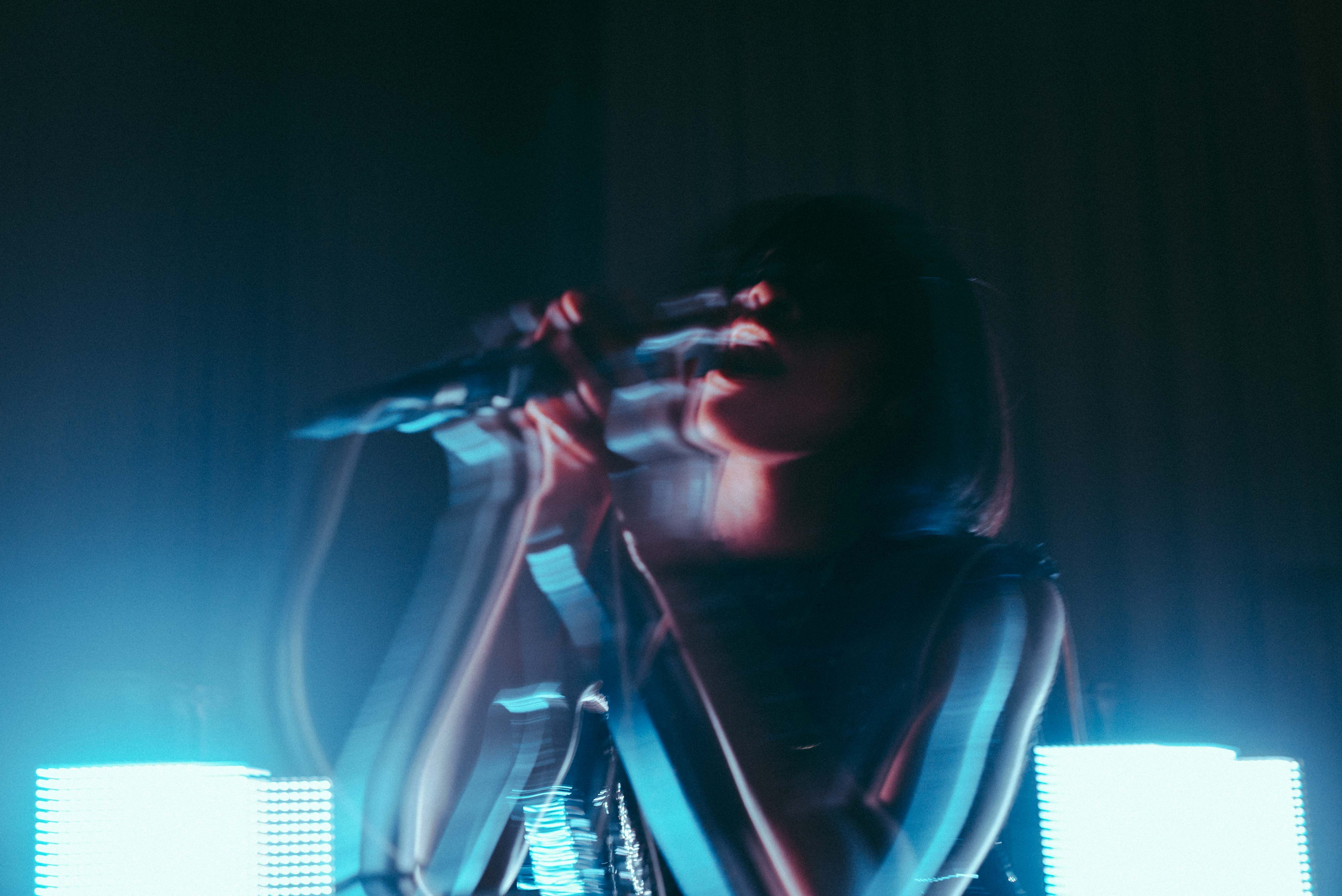 Following her lead, but going against her grain, Kilo Kish followed Deland’s set in an abrasive stroke of industrial chasms. Arriving to the stage amidst the glowing LED panes to her back, Kilo Kish offered a sense of mystery and mystique before dive-bombing into songs like “Void” and “San Pedro.” Dancing in strobes capturing real-time stills of her frantic frame, the black bob wearing Kilo Kish manifested an otherworldly image — an Ex-Machina A.I. blurring the lines between reality and fiction. Her voice, though limited in its range, bobbed and weaved precariously amidst the twisted wreckage of her bombastic beats. Her sharp robotic movements punctuated and drove the songs, like “Self Importance” through the walls, barring down on the many nodding heads congregated around the stage. Ending her set on the magnificent “Elegance,” Kilo Kish had the entire room spinning — orbiting her imaginative world. 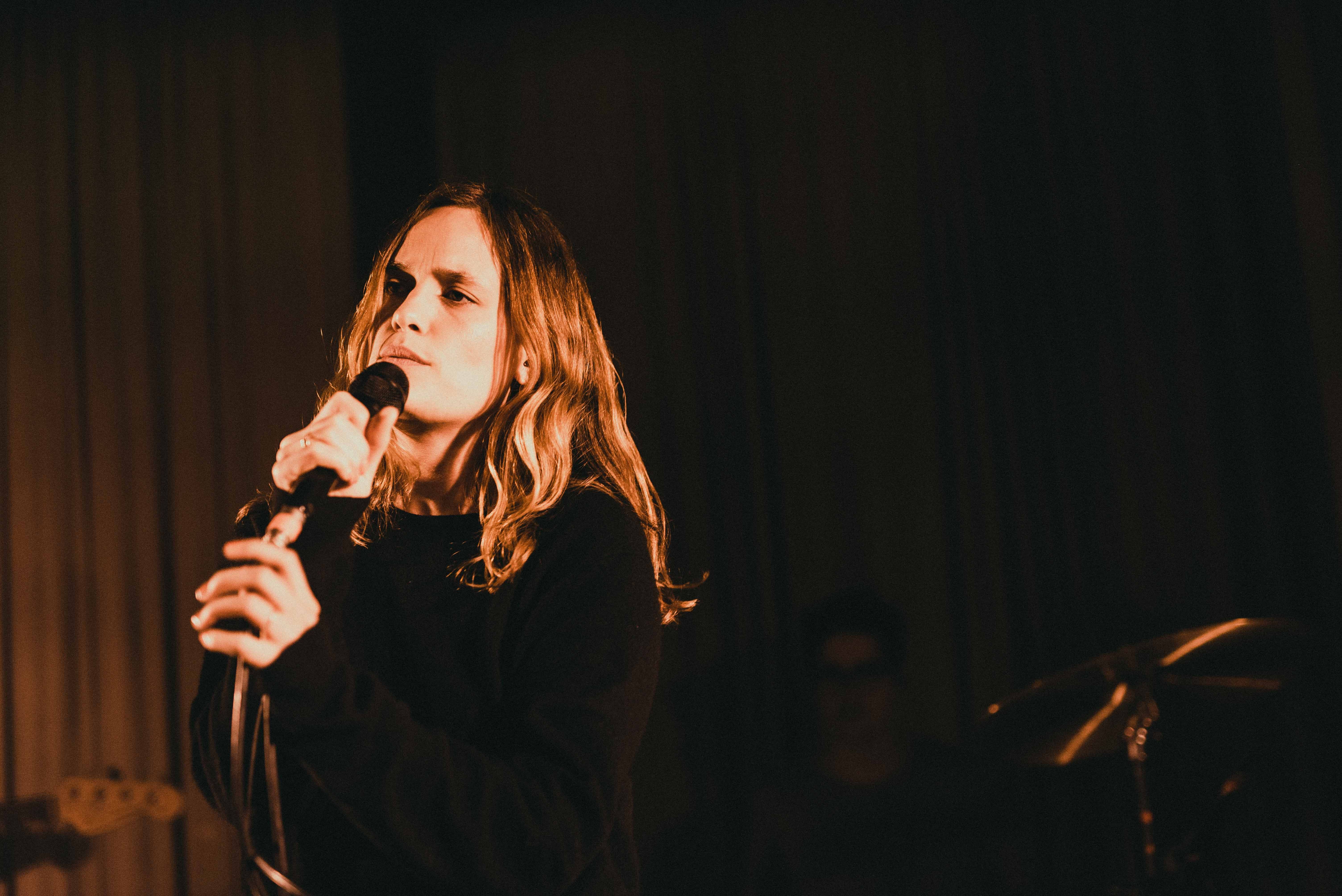 The last to hit the stage, Wet, innocuously arrived sedating the metallic symphonies of Kilo Kish and flooded the room with their sad yet saccharine pop tunes. The band, framed around discourse and disconnect in much of their lyrics, instantaneously took hold of the audience. The arrestingly bare songs, diary pages of vulnerable misfires, washed over the audience like the tide lapping at the shore. Zutrau’s voice bobbing about as the ethereal waves of their music probed an emotional pressure point within the audience. Small whispers from the audience grasped at her words singing along in bated breaths, as to not overshadow Zurau onstage — wilting as she did, rising as she’d collect the emotions betrayed by her shimmering eyes. Meanwhile, the mood in the room was a precious thing. Molded by the women who came before, and Wet sauntering through their emotional gripping set, the room was positively smothered by the music — engulfed.

It’s rare to see three vastly different acts, much less three in youthful stages of their careers, taking over a room and find solace amongst the audience in the immersion of their craft. However, the trio was anything but ordinary musicians, in their own unique way, they were extraordinary.