It’s hard to believe that a band that has played more than 300 shows in the past five years and has repeatedly performed at large festivals like South by Southwest, Treefort Music Fest, the Underground Music Showcase and the Westword Music Showcase — has only just released their debut LP. But we sure are glad they did. The Fort-Collins/Denver-based band Slow Caves performed at Globe Hall on Saturday to celebrate this milestone with support from local alternative rock bands, One Flew West and Gestalt.

Their new album, Falling, is a collection of 11 tracks that highlights a shift from their 2017 EP, Desert Minded. Where Desert Minded is reminiscent of a “modern indie band inspired by the Beach Boys,” says vocalist, Jakob Mueller, Falling has embraced the edginess of ’90s era Brit-pop and grunge. “We spent the last two years touring pretty extensively and kind of learned how we wanted to sound like as a live rock band. We were discovering our genre and discovering how we want to feel onstage,” Mueller tells 303 Magazine.

Self-discovery seems appropriate — considering that the band members are relatively young, with ages ranging from (nearly) 23 to 26. Despite their age, Slow Caves has garnered envious momentum over the past few years. With a complete LP under their belt and two large-scale US tours planned for spring and fall, Slow Caves seems to be on a trajectory to stardom. As 303’s own Kori Hazel put it, “we may not be able to keep our best-kept secret a secret for long.” Slow Caves’ album release show certainly proved this to be true. 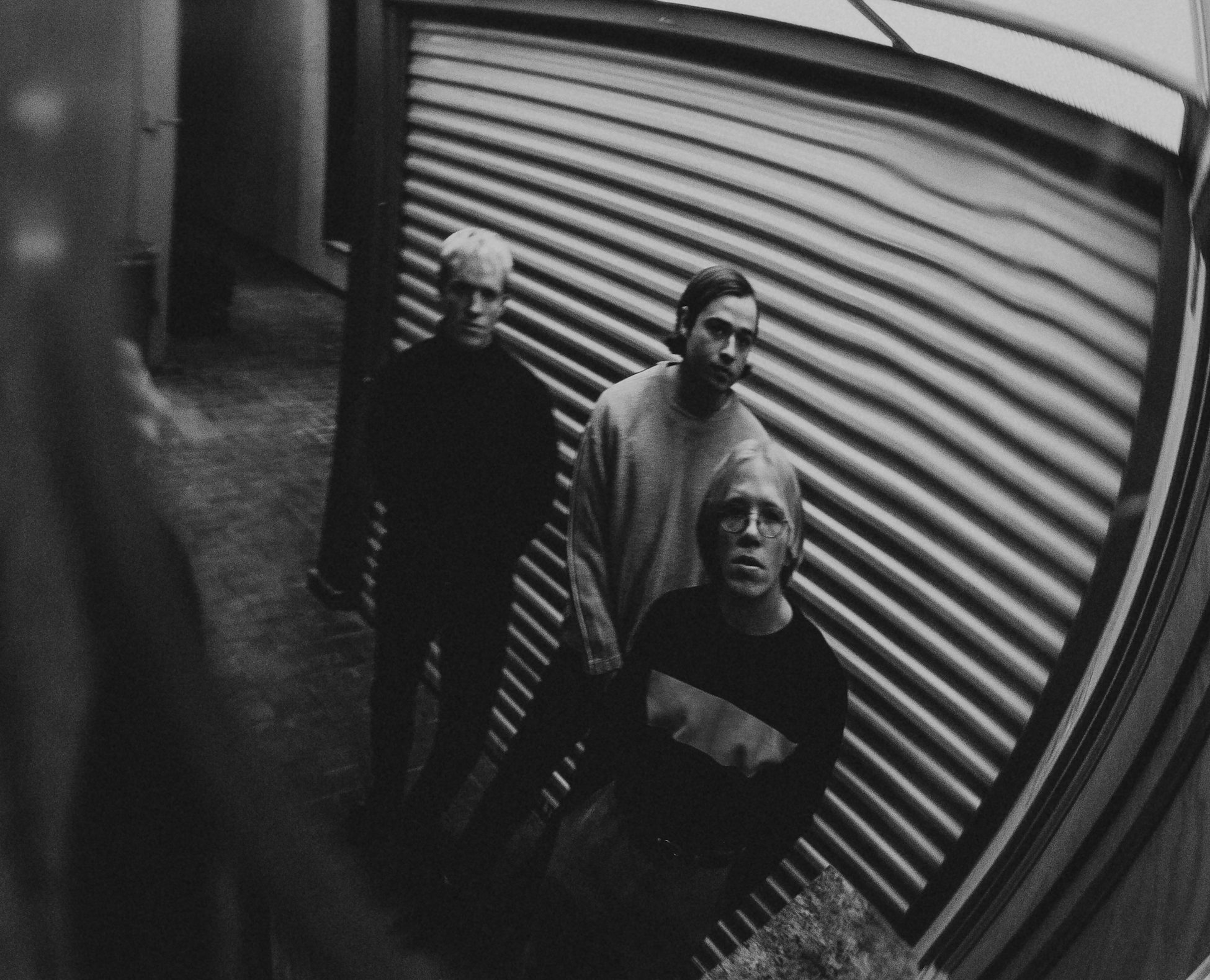 Powered by the wry defiance of youth, indie pop-punk band, Gestalt, took the stage promptly at 9 p.m. Although the band members appear to be quite young, their musicianship and stage presence is far from inexperienced. Their catchy high-energy tracks poked fun at issues like vaping and unfortunate run-ins with the police — culminating in a small but enthusiastic mosh pit at the end of their set.

Backed by blue, red and white stage lights, One Flew West began their set with a bang, playing their track “What Do I Know” — showcasing the obstacles of being a millennial with lyrics like “what the hell do I know, I still feel like a child.” The band recently won KTCL’s Hometown for the Holidays 2018 “Crowd Favorite” award, and for good reason — if anyone knows how to rile up a crowd, it’s One Flew West. At one point, frontman Linden Jackson coaxed the crowd into flipping the bird while screaming “fuck you!” during the chorus of their track “Trial and Error.” After effectively warming up the audience, One Flew West conceded the stage to Slow Caves. 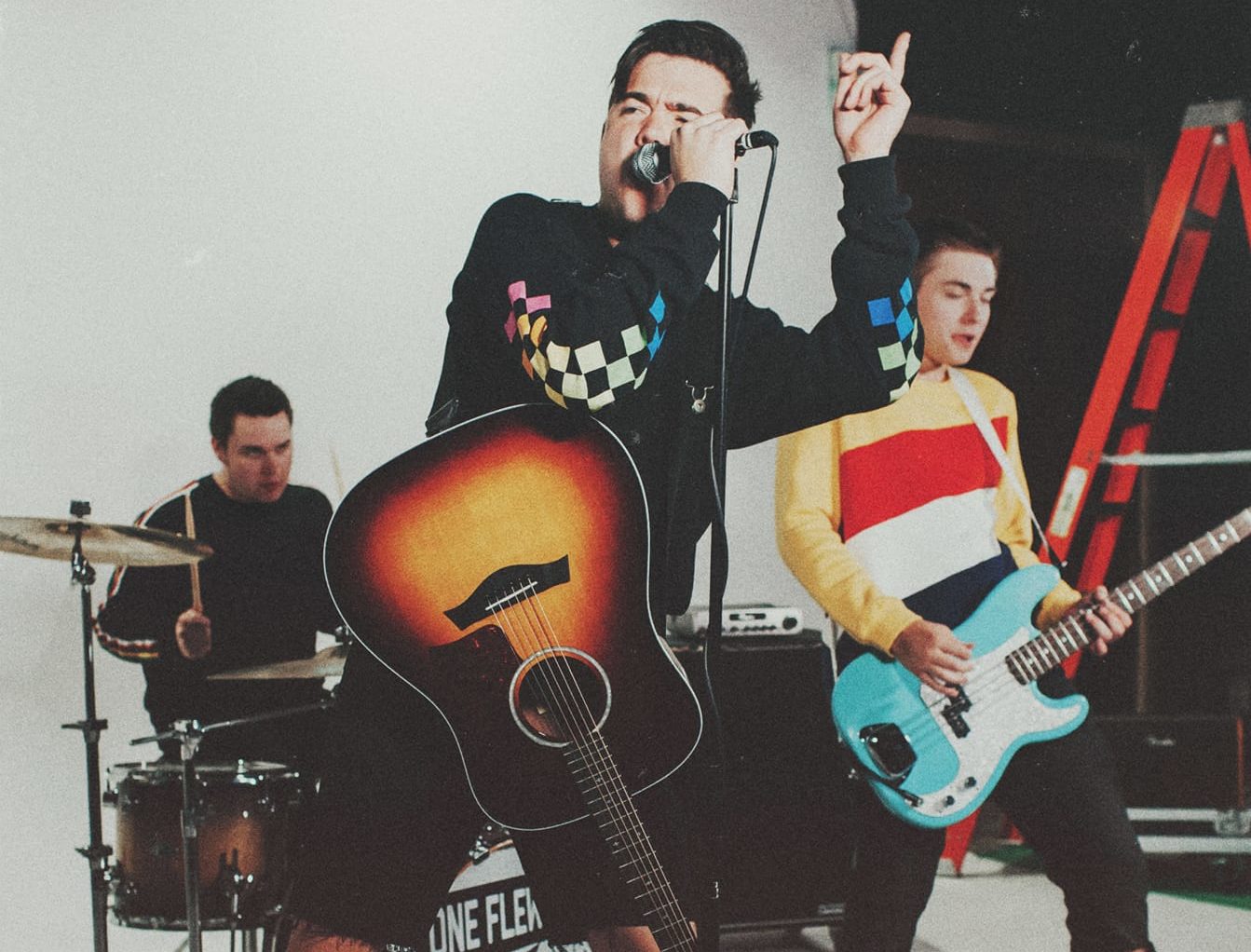 Slow Caves consists of Danish-born brothers, Jakob and Oliver Mueller on vocals and guitar and their childhood friend, David Dugan, on bass. Fresh off playing eight shows over six days at South by Southwest in Texas just last week, Slow Caves took the stage with the confidence and vigor of seasoned professionals. Cutouts of silver stars hung from the ceiling, glinting off the stage lights that mimicked the color motif of Falling’s album artwork.

While they may have moved on from their surf-rock days, Slow Caves still knows how to have fun. Despite the often heavy subject matter of their lyrics, the band manages not to take themselves too seriously — pulling off a tongue-in-cheek attitude in their performances and levelling out the angst of the previous acts of the evening. Band members dressed in typical ’90s fashion with Jakob Mueller wearing round, wire-rimmed glasses paired with his signature blonde bowl cut while Oliver Mueller donned a black turtleneck and Dugan sported a baggy grey shirt. 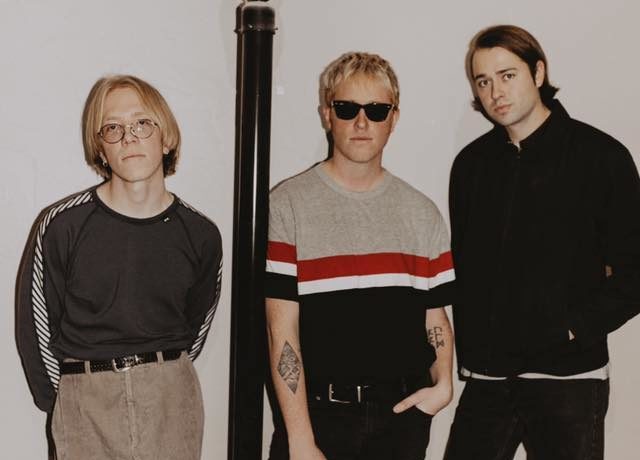 Staying fairly close to the album tracklist with a few digressions, the set began with heavy hitters, “Sorry,” “Out of State,” and the stand out track, “Falling Through the Clouds.” Similar to the flow of the album, the set began with high-energy tracks and eased into the more melancholy songs like “Follow Up” and “Girlfriend” before building the energy back up. Slow Caves appeased the sold-out crowd with the throwback song “Desert Minded” off of their first EP but still managed to play nearly every song on Falling. After the powerhouse two-part closer “Veil of Smiles/Favorite Tragedy,” the band exited the stage without ceremony.

It was clear that this was not meant to be the end. A sole Jakob Muller took the stage for their encore with an acoustic guitar and began playing the dreamy song, “Andy Warhol.” The audience was entranced by Slow Caves’ ability to fully rock out and then strip down for a soft, acoustic track in a matter of minutes — without creating dissonance in the performance. The energy ramped back up when the rest of the band took the stage for their final song — a cover of The Verve’s classic “Bitter Sweet Symphony.” 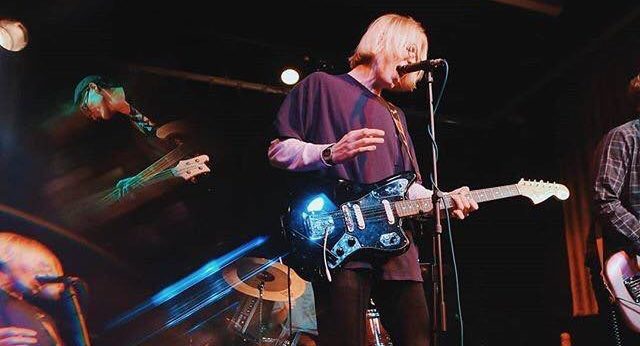 Photo of Slow Caves by Alyssa Leicht — Courtesy of Facebook

It was clear that Slow Caves once again solidified their reputation as one of Denver’s fastest rising stars. Their ability to engage the audience and play consistently good shows is something that will undoubtedly take them far. And while consistency may not be regarded as generally sexy in the music world, it’s often what separates the good bands from the great bands. Slow Caves has a lot to look forward to — Oliver Mueller tells 303 that the rest of the year holds “Loads of touring, definitely a lot of writing.” The Mueller brothers also hinted at a United Kingdom tour in the near future. If you have a chance to catch Slow Caves around Denver, don’t pass it up – it’s only a matter of time until they’re selling out Red Rocks.

Keep up with Slow Caves, One Flew West and Gestalt through their respective websites here, here and here.