Colorado’s charming little mining town will once again open its arms to rock fans July 12-14 at the eighth annual RIDE festival in Telluride. This year’s festival features headliners Widespread Panic and Jason Isbell and the 400 Unit. Once a two-day festival, RIDE added a third night this year — a response to a lineup chock-full of local and nationally-renowned talent.

Widespread Panic, which currently holds the record at Red Rocks Amphitheatre for playing the most sold-out shows, will be the headlining act on Friday, July 12 as well as on Saturday. Acclaimed singer-songwriter Jason Isbell and his band The 400 Unit will headline Sunday. Colorado acts returning to Telluride’s stage include Big Head Todd and the Monsters — they’ll be joined by local talent such as Rose Hill Drive and the Yawpers, among many other acts. 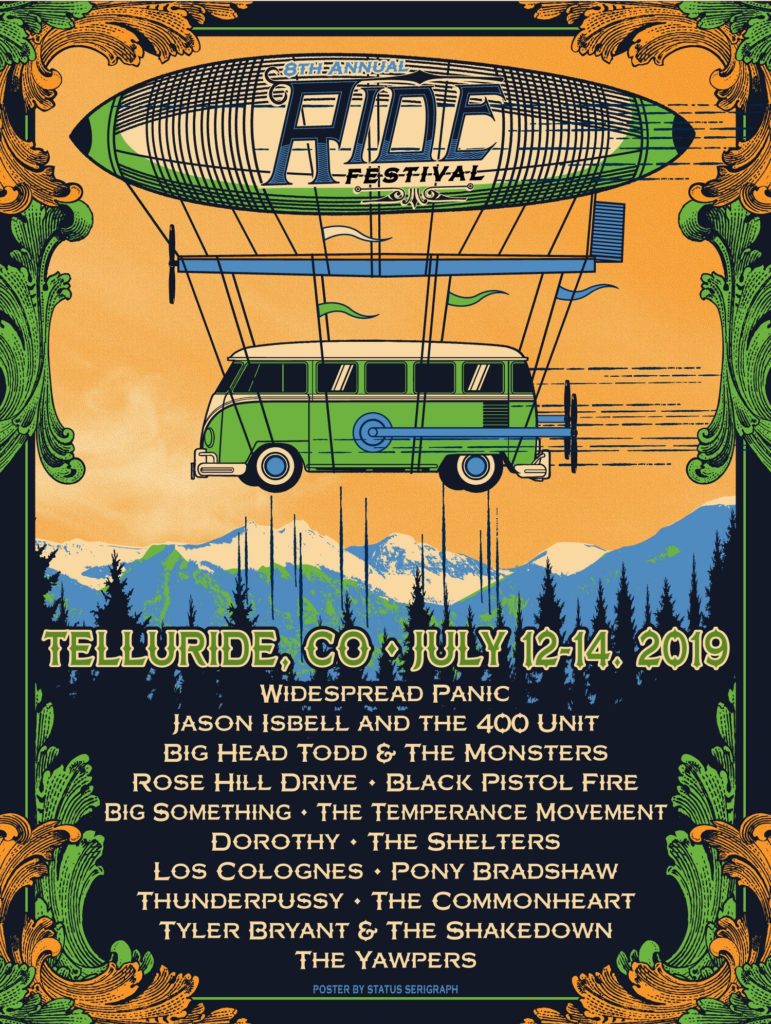 RIDE Festival 2019 will be beloved for its merge of rock, folk, country and bluegrass, as well as excellent lyricism. Come for the music, whatever your preferred genre, and stay for the magic of Telluride.

Tickets for the festival can be purchased here, along with camping and VIP passes.