Bob Seger took his place center stage at the Pepsi Center last night, and proved to the world that rock ‘n’roll will always be in style. The show was one of more than a dozen rescheduled stops on Seger’s “Travelin’ Man Tour.” The tour began more than a year ago but was sadly cut short when Seger suffered a ruptured disc just a few short weeks into the tour. Originally dubbed the “Runaway Train Tour,” it was rescheduled under the new name last year — and fans couldn’t be happier.

Fans were still finding their seats when Seger’s opening act The Record Company wrapped up their set just after eight p.m. By the time Seger took his place center stage, it was nearly impossible to find an empty seat, though there were a handful of tickets still for sale. Seger walked onto the stage backed by his award-winning Silver Bullet Band  — once the hits started it seemed like they would never stop. 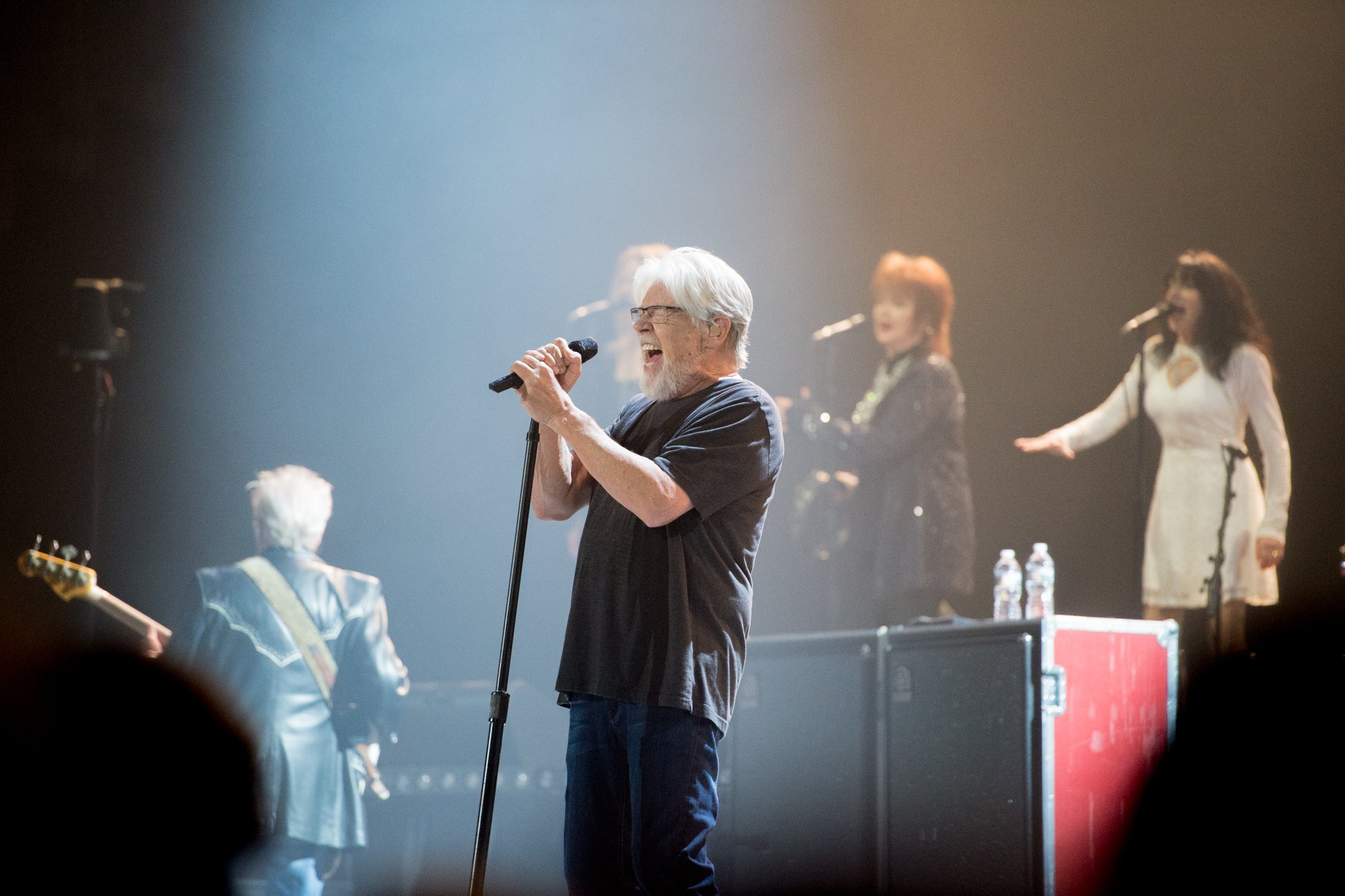 At the start of his set it was questionable if Seger’s vocals could stand the test of time. With more than 50 years of touring under his belt Seger is now a senior and his voice was carried away by the big band backing him up. While it seemed that the years of waiting would ultimately result in a letdown, fans were not disappointed. After a song or two Seger had warmed up his vocal cords enough to dominate the instrumentals. When the piano sounded the memorable first notes of “Old Time Rock & Roll” everyone was on their feet and ready rock the night away.

The night was the perfect end to a decade’s long touring career.  Seger performed every song you’d expect on a farewell tour — providing one last chance for fans to hear the hits live. One particularly high note occurred halfway through the evening. The unforgettable saxophone solo signaled the start of one of Seger’s biggest hits, “Turn The Page.” A solitary spotlight shone on Alto Reed and his saxophone as he played the famous intro. Despite Seger’s vocal comeback, his voice was nearly drowned out when everyone in attendance sang the song.

Seger may be getting older, but neither his age nor his back injury stopped him from rocking the night away. Fans may have expected the 73-year-old to take it easy and spend most of his performance in one spot, but Seger proved to be rock ‘n’ roll to the end. The break in the tour gave Seger enough time to recover from his injury and he spent the entire evening working the stage at the Pepsi Center. He peered into the crowd from the two side stages and jumped up to sing with his back up vocalists. Throughout the night Seger had a smile plastered across his face, begging the question of if Seger will ever be as happy anywhere else but on stage.

Near the end of the show, Seger played a heartfelt tribute to his dear friend Glenn Frey who passed away in 2016. Frey — who was the frontman of classic rock band The Eagles — was a close friend of Seger’s. The two met and began collaborating with one another when they both lived in Detroit, MI. Seger’s heartfelt tribute was a touching rendition of Bob Dylan’s “Forever Young.” Not only did Seger pay homage to his friend, but to many other artists who inspired him as well. The big screen on stage featured photos of great musicians — from Aretha Franklin to Prince, as well as old photos of Seger and Frey together. 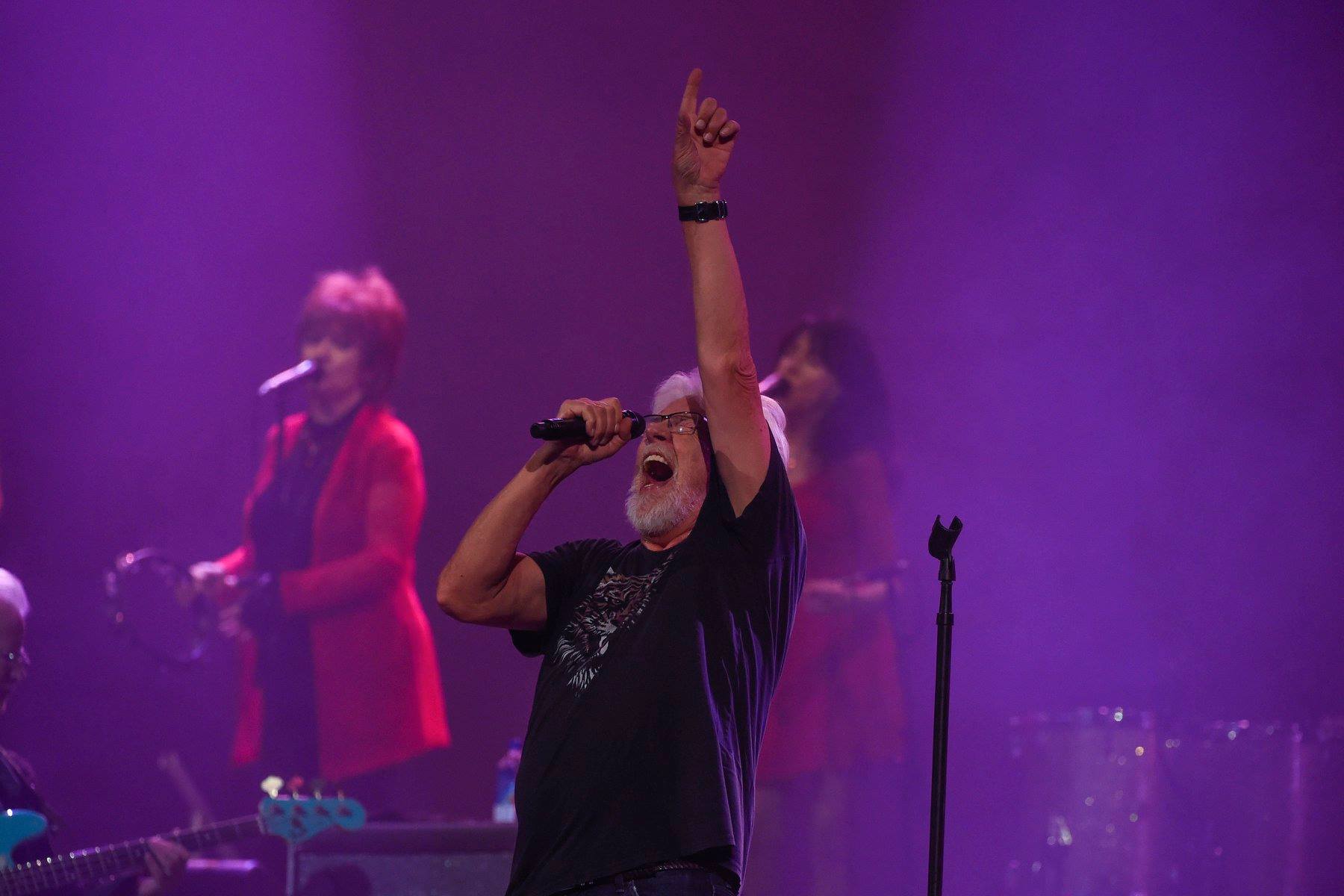 Perhaps the most exciting moment of the night came during the encore. After just one song Seger decided to change things up. “Listen up band,” he declared “we’re going to do something different.” The band scrambled across the stage to get set for the updated set. “No one was ready for this,” Seger admitted before announcing that he would be playing a couple of extra songs for his fans in the Mile High.  The band kicked in and it was apparent right away that the song Seger added was “Against The Wind.” A song which he has been criticized for leaving off the set in previous cities on the tour.

After nearly two full hours of rock ‘n’ roll, Seger ended his set with “Rock & Roll Never Forgets.” While it was a perfect song to end a decades-long career in rock ‘n’roll, it also voiced the truth of Seger’s career. The rock icon may be ending his touring career, but his influence on rock as a genre will have a lasting impact. Seger’s career began more than 50 years ago and in that time he has toured, topped Billboard charts and collaborated with countless rock legends.  And after seeing Seger take the stage one final time it’s clear that Bob Seger is a name rock ‘n’ roll will never forget.