LP Leaves Denver With A Piece Of Her Heart

Singer-songwriter Laura Pergolizzi — known as LP to everyone both personally and professionally —  has a lot to say and she seldom holds back. We sat down for an interview where we discussed fame and her forthcoming tour stop here in Denver as a part of her ” Heart to Mouth Tour.” Talking to her was like catching up with an old friend. There was a lack of filter or pause in her words that transitions into her music so effortlessly. She is holding herself accountable on all of her songs, showing the world her true face without any apologies. 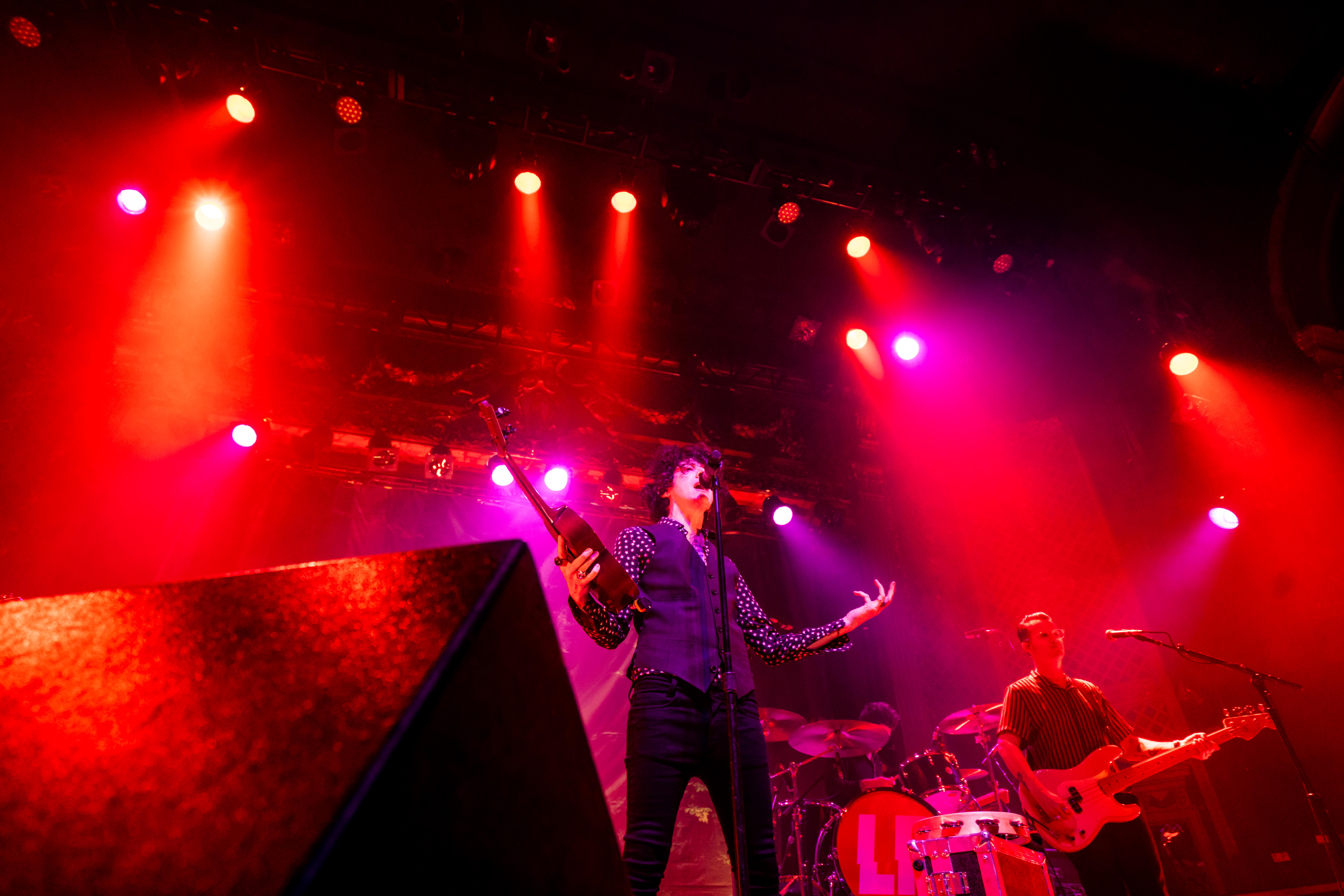 LP has been in the music scene for quite some time. She signed with two major record labels and left due to artistic differences. This shift resorted in her songwriting for other artists — including superstars like Christina Aguilera and Rihanna — to make ends meet. She has discussed that dip in her career extensively including during our conversation, but LP is no longer a background character in this field of work. Although her adversity in the past is worth discussing, what truly sets LP apart is her artistry and her future. Her newest EP, Heart to Mouth, is her rawest project yet. She has expanded on the critical acclaim 0f her 2017 success Lost On You and entered the mainstream ring with reckless abandon.

LP took over The Ogden on Tuesday, February 5 with opener, indie-rock sensation Yoke Lore, in tow. This is not her first stint in Colorado. “This is such a douchebag thing to say,” she concedes between laughter, “but last time I played in Boulder I found out I got my house. I put a bid on a house. So that’s what I remember about Boulder. But no, seriously, Colorado is such a beautiful place, and for somebody who grew up in New York and now lives in California, I definitely can appreciate other parts of the country where I’m just like so not familiar. It’s such a different lifestyle. To me, like a lifestyle that I don’t really know much about. These very intense cities [New York, LA] are a little annoying. It’s about different shit. They [Colorado natives] have a different aura. They have this beautiful, mythic aura.” Although she may not be from around these parts, LP’s aesthetic fits right in. She whistles along to her songs with a ukulele in hand and rocks short curls a la Bob Dylan. A transplant she yet may be.

With so much experience under her belt, we got to talking about the piece of it all that she can’t live without. “You know what I can’t live without?” she said jokingly, “fucking money. I just feel lucky to be an artist because I get all of these different sources of income. They say one of the healthiest things for a career is to do a few different things. When you’re an artist and you’re songwriting and you’re playing it’s like you’re almost forced into that kind of thing. You gotta deal with marketing yourself, and doing things like this where you’re talking about yourself ad nauseam, and then to actually become the character when you’re on stage and to, you know, strip that all away and you’re just like a fucking floating brain thinking of what to say in a song and how to say it.”

She later reflected on her slower start with the wisdom of someone who realizes everything in life happens for a reason. “I think the nature of all of those activities kind of helps you thrive in a way. I feel really lucky to get back to my artist self. I was pretty resigned to being a songwriter. I didn’t think I had the choice, to be honest with you. Songwriting is the window out when the door is blocked. I kind of just buckled down and embraced my diversity.” Her diversity reflects itself in more than just her multi-faceted talents. Her vocals paired with her stylistic choices make her a hard genre to place. Talking about her sound, LP stated “I’m kind of a lowkey pop singer but also a rock singer. By the end of my show, I’m pretty sure everyone in that room is convinced that I’m a rock singer and that it’s a rock show.” 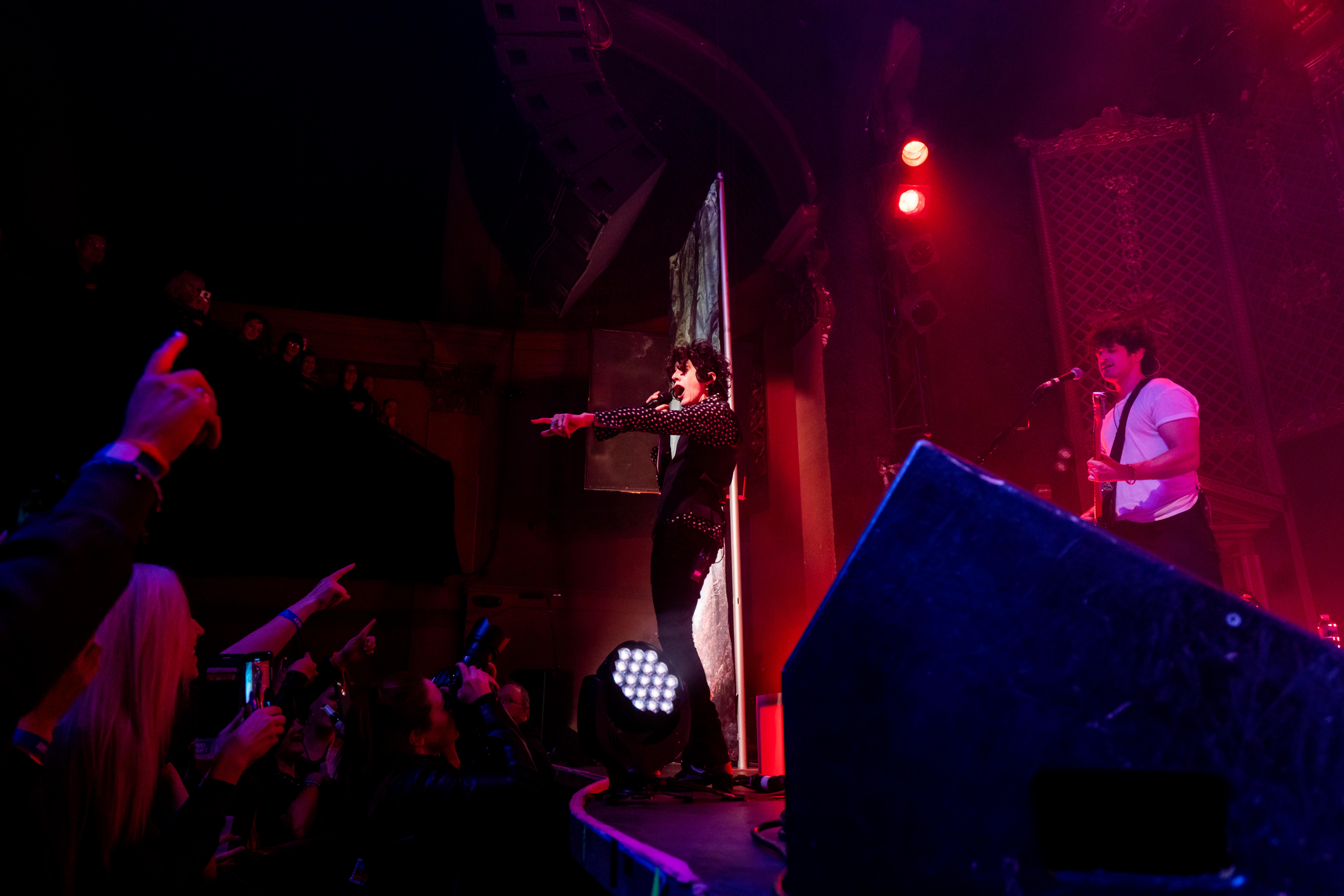 Tuesday night at the Ogden was true to her description. Yoke Lore played for a surprisingly short amount of time, ending their set a half hour in. The uniting factor of the diverse crowd — ranging from teenage girls to older attendees not usually at smaller venues like the Ogden — was the electric anticipation behind the excited murmurs echoing across the room. Everyone erupted into cheers the minute LP’s band hit the stage. LP herself swaggered in moments later with a broad smile and a cup of tea in tow. She later explained that she was fighting off a cold that “smacked her right in the fucking face,” but her vocals showed no hints of giving in. She maneuvered her way through her new album effortlessly, taking very few pauses. The ebbs and flows of some of her songs required a serious amount of skill and she hit every note. She whistled along to certain harmonies, pointing and winking at several concertgoers in the midst of her more provocative lyrics. Her single from Heart to Mouth “Girls Go Wild” caused a furious amount of swaying and chanting from the crowd. In the midst of her tracklist, she would break out into covers of other bands work including “Sex on Fire” by Kings of Leon and “Paint It Black” by The Rolling Stones.

LP managed to squeeze in some of her more stripped down songs as well. The band shied away backstage during “Recovery” where she lamented her broken heart. The single spotlight on her face as she moved through the emotional whirlwind of a tough breakup brought a spectacular silence through the crowd. Everyone experienced that moment with her and that’s exactly what she wanted. All in all, LP carried herself with confidence and performance — alluding more to rock ‘n’ roll theatrics than pop-singer tropes — and she held it all together with her heartbreaking lyrics and emotion in all of the right moments.

When speaking to her about lyricism and musicianship days before the show, she mentioned that honesty was really the point of her work.  “You get to this point where you just feel like, you just have to say the truth… I never felt really bound. The longer I’m doing this the less and less I feel bound by anything, really. The hard part is the getting through with being your truest self on stage. It’s a harrowing experience in a way.” For everyone who managed to squeeze inside of the Ogden on Tuesday night, LP’s truth projected itself through any discomfort she might feel at putting on a face every night to please hundreds of strangers. The diversity of the attendees alone speaks to the appeal her honesty conveys. In a world full of filler sometimes people need a straightforward moment. Someone who represents everyone and manages to say that she’s not okay sometimes in a messy, real, way. And that that’s okay, too.

Check out LP’s newest album Heart to Mouth below: