Review – ATOMGA Reminded Us Why Music Is the Great Equalizer

If you weren’t at the Bluebird Theater this Saturday, you missed out on a wild time. Afrobeat powerhouse, ATOMGA, co-headlined with Chicano hip-hop orchestra, Pink Hawks — with support from Latin ska band, Roka Hueka — to curate a night of exclusively local jams and true Denver artistry. It was a party on stage from start to finish.

The energy never wavered, often feeling more like a jam session turned wild house party than a formal concert. Rather than the audience acting as onlookers, each band interacted with the crowd and encouraged audience participation. People of all ages and ethnic backgrounds found common ground in the infectious jams — dancing with abandon and reminding us why music is the great equalizer. 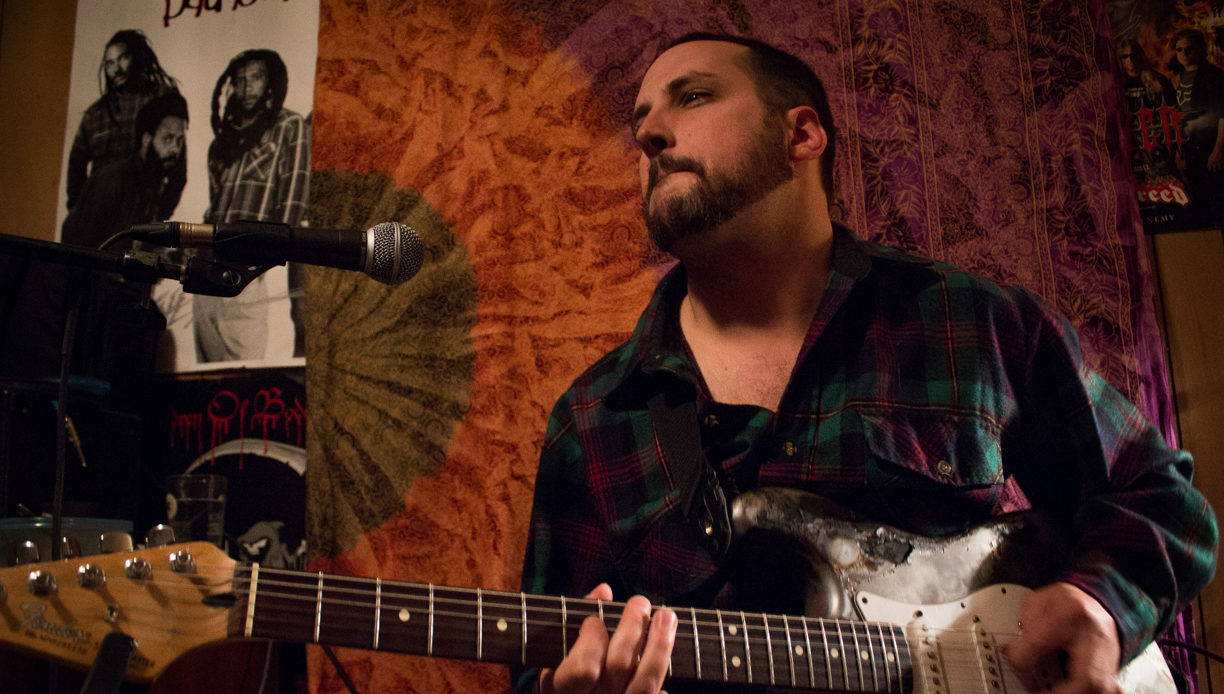 Photo of ATOMGA by Kenneth Coles

Seven-piece Latin ska band, Roka Hueka, took the stage first. Lead vocalist, Andres Gonzales, warmed up the crowd by yelling “Who’s ready for dancing?!” — effectively setting the tone for the night. Music started promptly at 9 pm and — while the venue wasn’t quite packed yet — those trickling in couldn’t help but shimmy as they claimed their spots in the crowd. Although the lyrics were sung mostly in Spanish, the band conveyed enough meaning through their energetic ska mixed with sexy cumbia beats that even non-Spanish speakers were dancing and singing along. 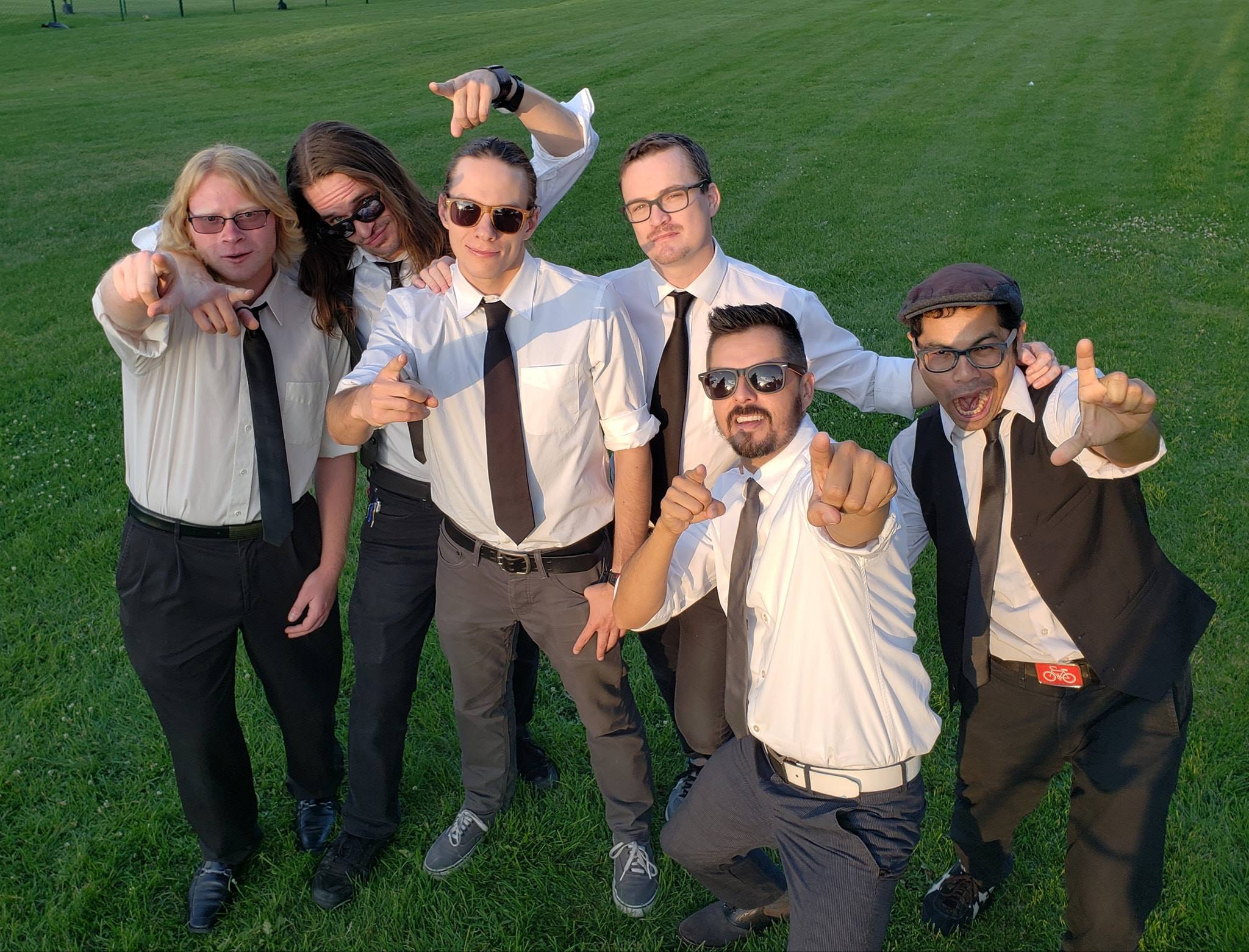 Photo of Roka Hueka courtesy of their Facebook page

Pink Hawks continued the Latin influence with their unique blend of funky Chicano, Afrobeat hip-hop. The 10-piece outfit took the stage and immediately demanded the crowd’s attention. Frontman, Yuzo Nieto, clad in a white jacket with a silver sequined vest, encouraged the audience to dance and fill the space directly in front of the stage. Vocalist Rachel Christia chimed in, saying “I’m here to sweat you guys, let’s do this.” Another member, Alejandro Fuentes-Mena spoke up, “If you missed your workout session today, this is it.” The energy between the stage and the audience was palpable, culminating in wild displays of dancing by band members. A bubble machine added to the carefree vibe and struck the audience with childlike joy.

Poet and hip-hop artist, Molina Speaks, emboldened the crowd “to lose your cool and get funky as f*ck.” And they did exactly that. At one point, the group spotted former member, Koffi Togo, in the audience and invited him on stage to play the djembe — a West African drum. It’s obvious that the Pink Hawks genuinely love playing together — something that is truly fun to watch.

Towards the end of their set, the Pink Hawks introduced a new song that focused on “separating the corporation and state.” This launched an interlude where the band lamented the separation of families at the Mexican border and other human rights crises. Fuentes-Mena even expressed the fact that he is an undocumented immigrant who came to the United States when he was merely four years old. “This is my home,” he said, which was met with enthusiastic cheers from the audience. It was a powerful moment that seemed to unite the audience in love and acceptance for all ethnicities and cultures.

Photo of Pink Hawks courtesy of their Facebook page

By the time the Pink Hawks finished their set, the audience was drenched in sweat and hungry for more. Luckily, ATOMGA had arrived and was ready to get down. The group has been a staple of the Denver music scene since 2011. If there’s anything they know how to do, it’s how to get even the most stubborn audience member up and dancing. The stage was packed with people and instruments of all kinds – leading one to wonder how such a large band can still sound cohesive — but ATOMGA has their craft down to a science.

The group consists of the charismatic LaSha “Calyptic” Afarko on vocals, Leah Concialdi on baritone saxophone, Casey Hrdlicka on guitar, Peter Mouser on keyboards, Alice Hansen on trumpet, Frank Roddy on tenor saxophone, Sam Lafalce on bass guitar, Jared “Jball” Fischer on the congas, Matt Schooley on timbales and auxiliary percussion and J.R. Ranck on drums.  Despite their large numbers, each band member had a chance to shine — a few seconds where their individual talent took the spotlight while the rest of the group looked on, relishing the moment and cheering for their bandmates.

About halfway through their set, Calyptic invited the Pink Hawks — who were mingling in the crowd — back on stage to dance with them. Watching the joyous mayhem on stage, it was obvious that these bands are rooting for each other and building each other up rather than trying to compete with or top one another. Everyone was thankful to be there, celebrating a night of local music with eclectic roots.

Wearing an African inspired dress with sleeves that nearly dusted the floor, Calyptic’s strong vocals focused on social and political issues. The song “Rat Race” on their latest EP, AGA, pumped up the audience and implored them to “learn to love your neighbor like you love yourself.” Lyrics like “we’re more alike than we are different” seemed to echo the evening’s theme of accepting our differences. It’s refreshing to attend a concert where the lyrics spread such positive messages while also having the power to keep you dancing for hours on end.

Amidst the bubbles and balloons floating above the audience, ATOMGA closed the night out with a bang — solidifying their reputation of throwing one of the best parties in Denver.  From hipsters to your high school math teacher, ATOMGA appeals to everyone. Because — let’s be honest — who doesn’t want to get down to funky beats all night? If you have the chance to see ATOMGA live, take it, you won’t be sorry.

If you’re in the area, don’t miss ATOMGA at The Lariat in Buena Vista on January 18. Keep up with ATOMGA through their Facebook and Instagram pages as well as their website.