Last year, during the doldrums of winter, RiNo Art District worked with 10 local artists to activate buildings around the neighborhood by projecting their short films onto exterior walls, calling it Side Stories. It was an experiment in providing free and accessible art, while also highlighting the sometimes overlooked expertise of digital artists. This year Side Stories will return for a second time with the same format, but what makes it different from last year is that the project is currently asking for artists to apply and offering a grant to those who are accepted.

After a successful inaugural event last year, the organizers wanted to expand the possibilities for this year by opening the call to all digital artists and changing the location. “The goal for 2019 is to connect arts and our community through this immersive, engaging experience in the Brighton Boulevard area of the RiNo Art District,” remarked Fiona Arnold, the president of the company who originally thought up Side Stories, Mainspring. 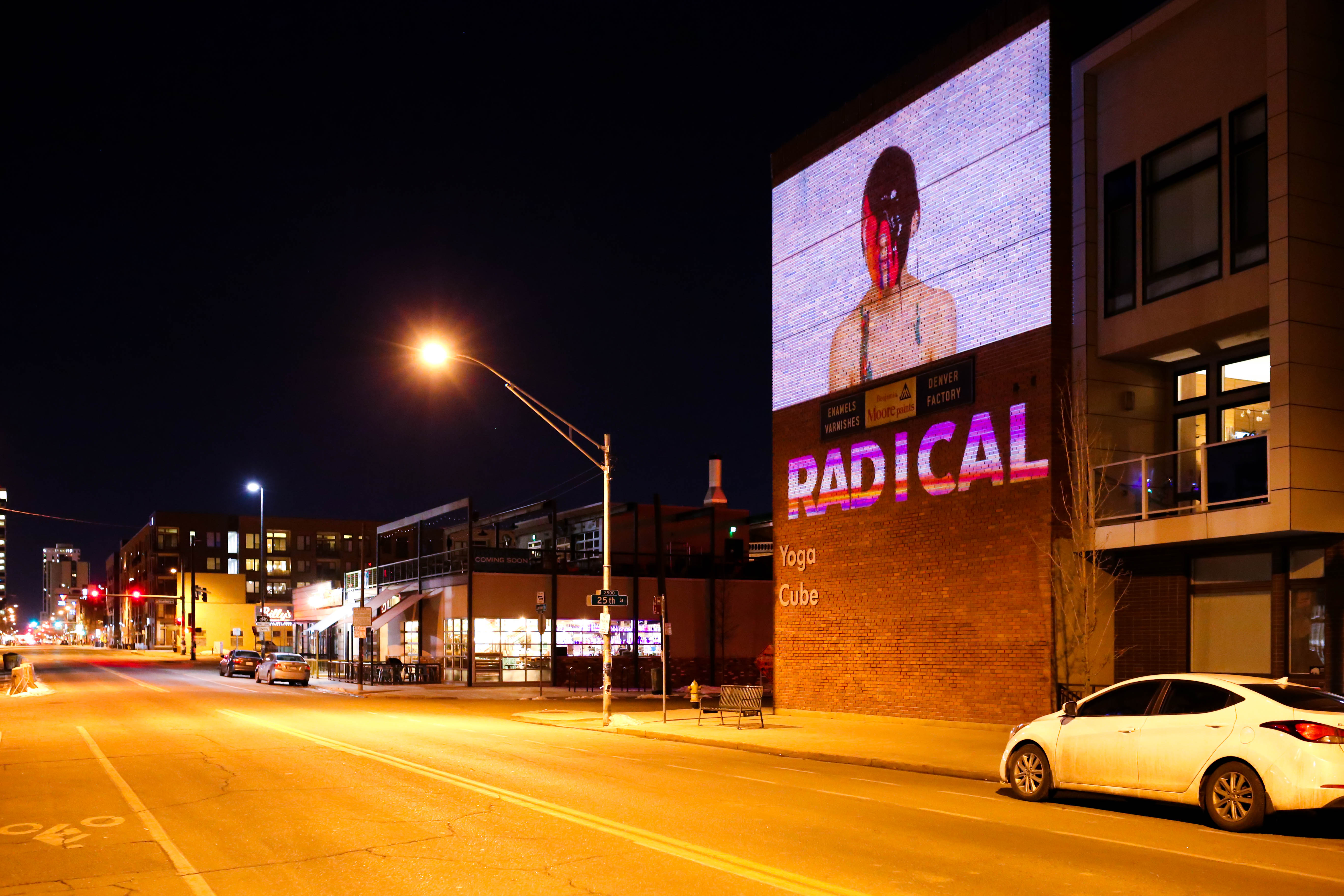 Ivar Zeile/Denver Digerati for Side Stories 2018. Photo by Danielle Webster

Each artist will receive a $5,000 grant to produce a five-minute looped video that will need to be projected in a large format. Last year, many of the participating artists commented on the challenges that arose when trying to project their video onto different textured surfaces — a point that interested artists this year should keep in mind. Genres to apply with aren’t limited and the organizers encourage live action, documentary, historical, motion graphics, animation and experimental, among others. And this year, they have a nice symmetry to the format, with eight nights to view the eight artists on eight walls. Every night, all of the films will play simultaneously around the neighborhood on the five-minute loops between sundown and 10 p.m.

There are eight walls available this year, and like Arnold stated, they are all situated along the Brighton Boulevard corridor, rather than in the central part of RiNo like last year. Pushing events and activations to that corridor has been a theme in the RiNo Art District in 2018, with the expansion of the annual street art festival CRUSH Walls into that area as well as the opening of Zeppelin Station and The Source Hotel. After years of construction and redevelopment, people started avoiding the Brighton area and RiNo is ready to direct foot, bike and car traffic back to it. “Much like CRUSH Walls brings new energy and people into the RiNo district, Side Stories showcases digital media as yet another layer within Colorado’s talented artist community,” said Tracy Weil, President and co-founder of the RiNo Art District.

READ: How RiNo Will Change in the Next 5 Years

The walls will be located at Mountain Towers (behind The Source), Denver Diesel and Radiator, Great Divide’s White Tower, Catalyst, Denver Spring/Colorado Food Trucks, Plinth Gallery and the south and east sides of the Ardent Mills grain elevators. Though the locations are different from last year, there will again be an audio tour to follow along and guide your way, accessible via the Side Stories website on your phone. Since the films are projected onto the side of buildings, the whole experience is a combination of a walking tour and a scavenger hunt. The audio tour includes snippets from the artists themselves about their films, as well as suggestions for where to keep you warm along the way — an effort to direct visitors to local businesses during the festival.

Ultimately, Side Stories is an event that not only breaks the boundaries of a typical film festival — since you won’t be sitting down much — it also immerses an entire neighborhood into that experience by using business’ walls as “screens” for the films.

Side Stories will take place this year from March 1 through 8, 2019. Artists must submit their proposals by January 4, 2019, on this website.