Pop concerts are expected to be fun. After all, the pop genre is filled with songs meant for dancing to in the car, at clubs and in your living room. However, some fall short of the expectation. Attendees walk away happy but have a lingering feeling that something was missing. On December 10 at the Fillmore Auditorium, Dua Lipa showed us all what that something was. 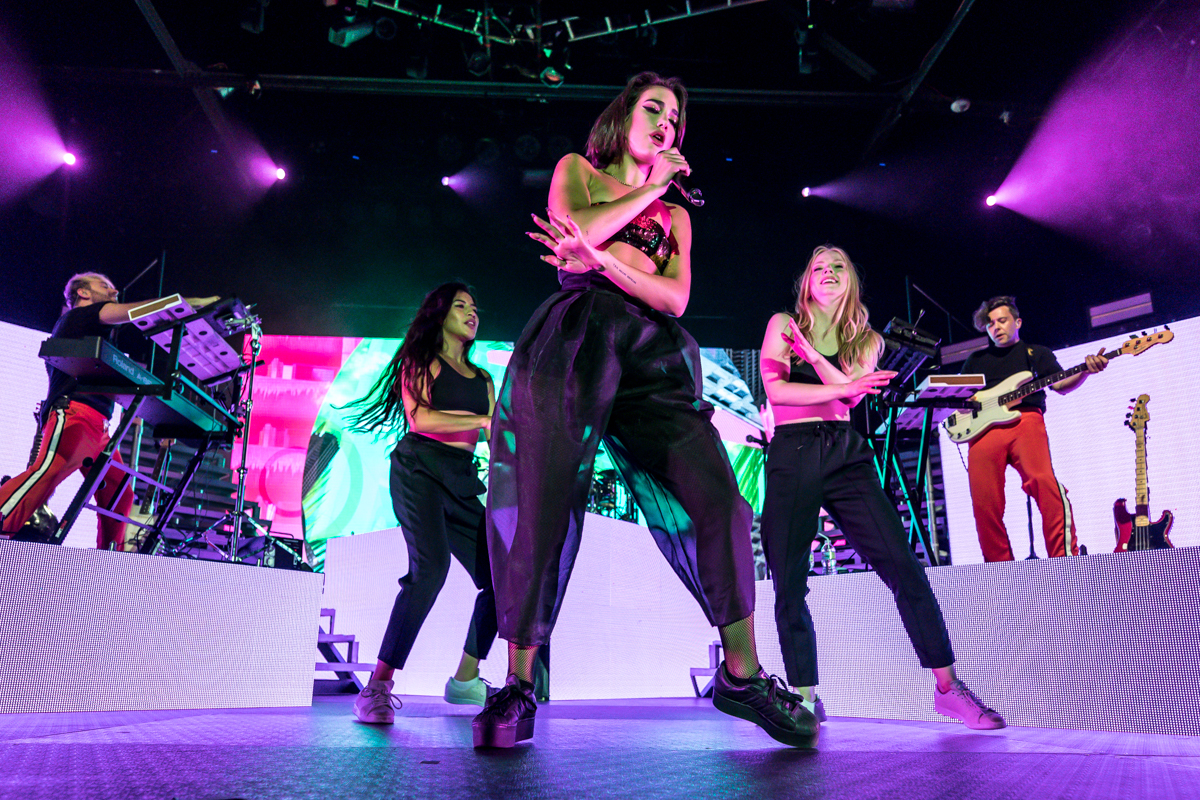 At 8 p.m., local singer Chloe Tang opened the show. The general feeling of the crowd was that not many had heard of Tang. But that didn’t stop her from giving a performance that deserved the attention of everyone in the audience. Tang had a strong voice that carried throughout the auditorium, with solid riffs and runs that grabbed your attention. Tang even surprised the audience by telling everyone, “this is my motherland. Just a couple months ago I was working security here…thank you to my Fillmore and Denver family.” Tang was a strong choice for an opener but the audience was here to see Dua Lipa and it seemed as if they were just passing time until then.

Dua Lipa came on a little after 9 p.m. to an audience full of exuberance and anticipation. She immediately launched into “Blow Your Mind (Mwah).” Lipa didn’t leave one corner of the stage untouched as she danced, moved and literally jumped around, her energy palpable and contagious. One could almost feel the electricity and light radiating off her. If pop music was an aura, it would continuously surround Dua Lipa. “Denver, are you fucking ready?” Lipa shouted into the crowd. Were we? We most definitely were not. Lipa’s concert wasn’t simply a concert, it was a pop performance and she reminded us all what that looked and sounded like. 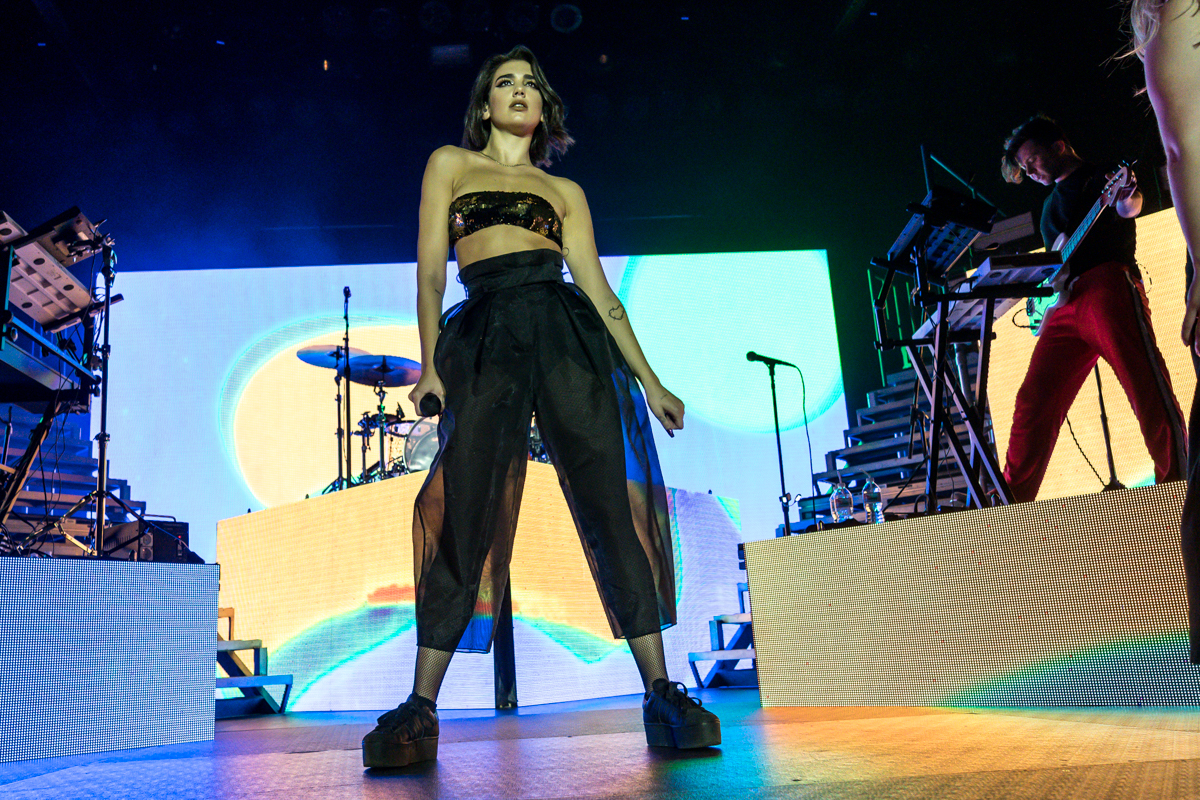 Throughout the night, Lipa sang songs such as “Be the One,” “Last Dance,” “New Rules” and “IDGAF” as well as songs she was featured on, including “No Lie” with Sean Paul, “Scared to Be Lonely” with Martin Garrix and “High” with Whethan off the Fifty Shades Freed movie soundtrack. With her four background dancers, Lipa danced to song after song, each one with a specific choreographed routine, accompanied by vocal arrangements that varied from the original recording. Even her slower songs, where she stood at the mic stand, had rehearsed arm motions and hip movements. This is what a pop concert should be. Lipa did all of this on a stage that’s arguably meant for more contained performances. She didn’t have the grandeur of large venues like the Pepsi Center or a setup that only venues of 20,000 people could accommodate. She had a small stage at The Fillmore that she used to its full potential. It reminded me a lot of a concert back at the Gothic in March of 2009. There, an artist brought her pop performance to life through choreographed dances with memorable and jaw-dropping vocals. The artist? Lady Gaga.

Watching Lipa felt a lot like watching Lady Gaga at the Gothic, from her pitch-perfect voice to her carefully crafted and vibrant dance moves that lasted the entirety of the night, something that made her vocal performance even more impressive. The only noticeable hiccup was a mishap with her earpiece during “Lost in Your Light.” Even then she executed the blunder flawlessly, calling it what it was and telling the audience, “Sing with me because I can’t hear a fucking thing,” while holding out the microphone. 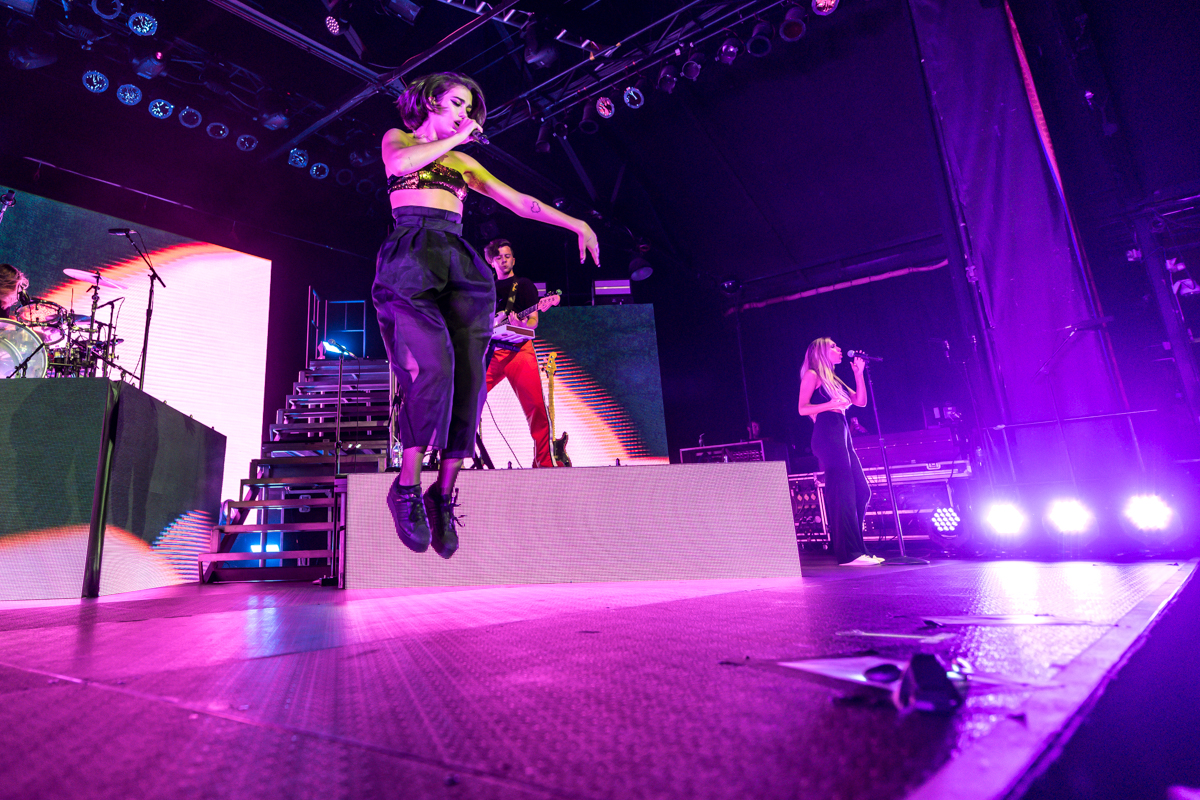 Lipa touched on the fact that this concert was initially postponed due to an ear infection. “I know this show has been a long time coming,” Lipa said to the adoring crowd, voice cracking and tears starting to form. “I’m finishing [the tour] off with you tonight…I’m just so happy.” The night proved that Lipa is a pop sensation — with her true stardom yet to come — and she’s given new rules to what a pop concert should be.