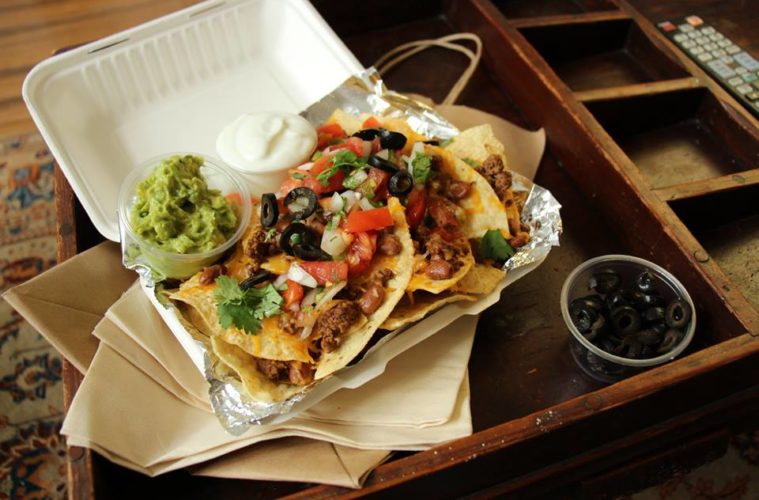 By the mid-1960s, pizza and Chinese food delivery became a norm in America, giving folks the luxury of not having to cook or go out and pick something up. After a long day of work and you’re too tired to move, delivery is a present from the gods. Up until roughly 10 years ago, if you wanted delivery and weren’t in the mood for pizza or Chinese, that was too bad. But today, you can get almost any food item you want to be delivered: burgers, sushi, salad and even coffee drinks. Throw in Amazon and grocery store deliveries and you don’t even have to leave the house anymore — except to go to work (sometimes).

Sure, this newfound convenience is great, but how is it affecting cities as a whole? Is it changing the way restaurants operate? Making people lazier? Creating more jobs?

Denver has been on board with most food delivery apps for a while now — DoorDash, GrubHub, Postmates and UberEats. Other cities are still adapting, for example, Charleston, South Carolina implemented DoorDash delivery service just this fall. In July, Postmates added more than 100 cities in the US making its count up to 385 cities. And every day new restaurants across the country and world are adding these services. Restaurants in Denver are having their own struggles and successes trying to adapt to this newfound phenomenon. 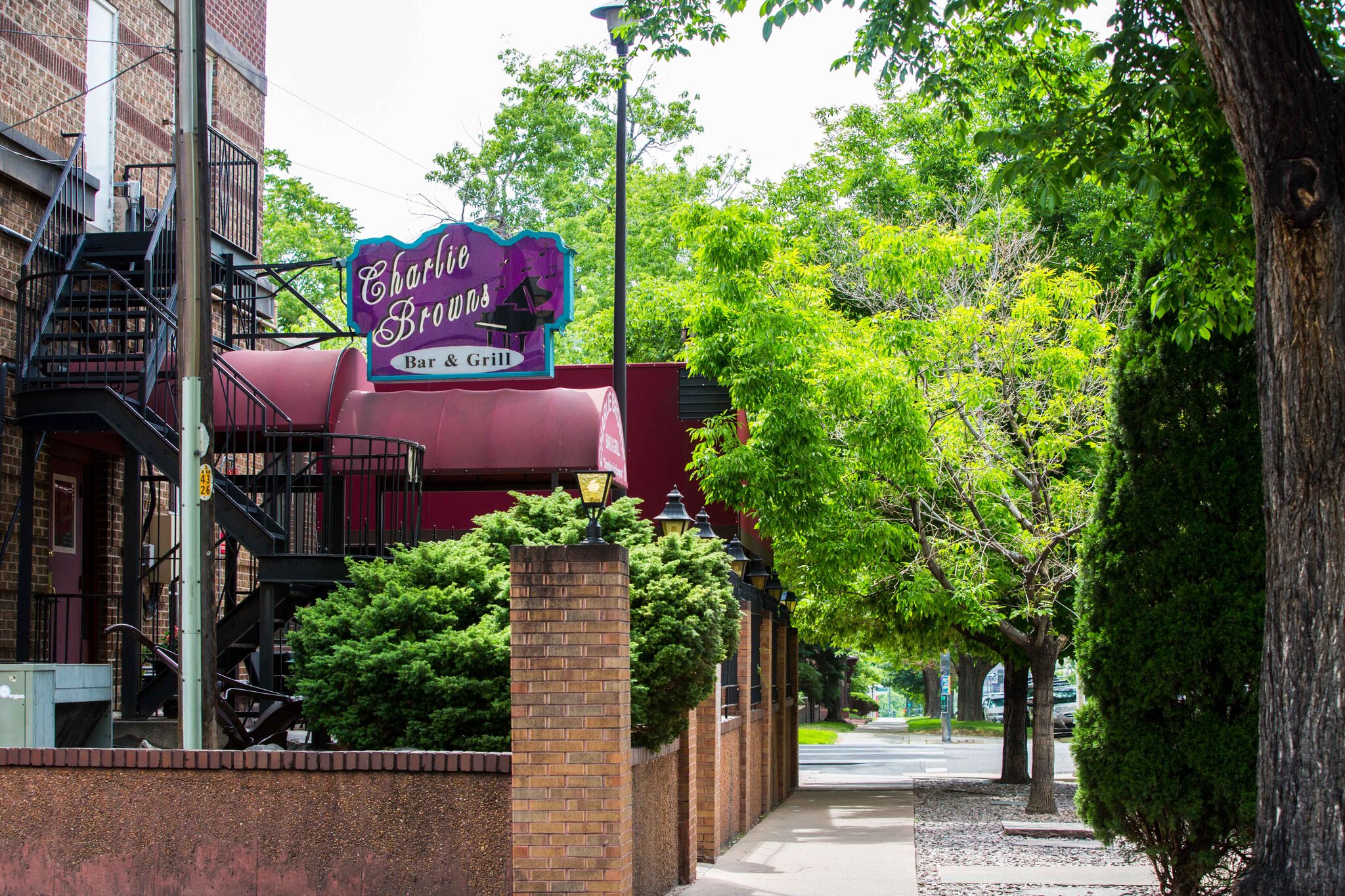 The first thing that comes to mind is the restaurants that have been around in Denver for 30 plus years. They’ve been doing things the same way for years — serving up meals to in-house diners. Now, these apps are changing how the industry operates. These places may not be equipped to deal with high demand deliveries.

Recently, the four restaurants under Premier Ventures that have been around for a combined 100 years: Marlowe’s, Govnr’s Park Tavern, Lala’s Wine Bar + Pizzeria and Paramount Cafe announced their closing. One of the reasons listed by owner Mike Plancarte was food delivery service along with new restaurants, breweries and food trucks popping up daily. The competition is very real these days and the food delivery service makes it even more competitive. But this most certainly doesn’t mean that the older establishments can’t survive.

“I don’t believe it affects our dine-in business,” said Chris Becker, general manager of Blue Bonnet Restaurant. “I believe it brings us the business we wouldn’t normally have had.” Denver’s Mexican main-stay, the Blue Bonnet just celebrated 50 years in business and recently started using food delivery apps. Becker explained that it accounts for five percent of the business’ revenue. Although it brings extra business, that doesn’t mean it’s without its challenges.

“It can be difficult when a driver doesn’t show up,” said Becker. “We have had to deliver it ourselves a few times.” Since drivers have so many other restaurants they’re delivering with, sometimes they show up late or not all. Even though it’s the driver’s fault for arriving late to the customer, it still makes the restaurant look bad.

The two apps the restaurant uses are DoorDash and GrubHub which Becker claims to be manageable. “If too many orders are coming in, we can shut off one of the apps,” said Becker. “And then catch up and reopen.” So if you’re wondering why when you try to order from your favorite spot, it’s shut off for some reason — it’s because they’re slammed.

We spoke with Maria Katsaros, manager of the even older restaurant, Charlie Brown’s Bar & Grill which has been open since 1933 about how food delivery apps are affecting the restaurant, if at all. “It’s not hurting the business, no,” said Katsaros. In other words, the number of people coming in to dine has not changed. The restaurant has never done delivery, just pick-up orders, so implementing food delivery apps was not difficult, but actually helpful. “We have these apps like DoorDash that come in and order,” said Katsaros. “We are getting more to-go orders.”

Restaurants that didn’t do delivery before, because of the hurdles of having to pay another set of employees and insure them as drivers, are able to do so now because these apps take care of all of that.

Impact on Younger and Newer Restaurants 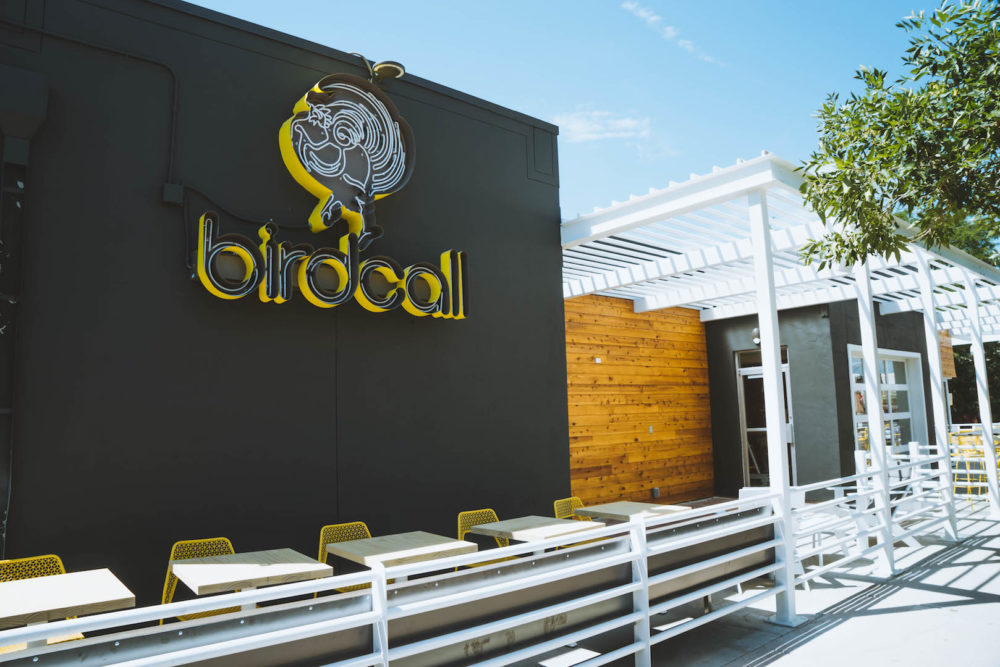 For the 10 years and younger restaurants, you could say it’s a bit easier to change with the times. When you go into starting a new restaurant now, you know that technology is a huge component. Every year, there’s a new software or device — updating technologies are a large part of running a restaurant nowadays.

Just BE Kitchen in LoHi uses several apps: Uber, Postmates, GrubHub and DoorDash. This paleo, counter-style restaurant has a loyal following — but the apps help give access to even more customers. Although, that access comes at a price. “It’s a double-edged sword because there’s a value to being on them,” said founder and chief ‘foodie officer,’ Jennifer Peters. “But, they do take a good amount of revenue. In addition, they gently nudge you that in order to market you further then you need to give them an even greater percentage.”

But a more problematic factor is the lack of communication and customer service from the apps. There is no way to fix an order if it’s wrong after it gets to the customer because ordering and payment go through the app. The closest thing to customer service is a support hotline, which you’ll be lucky to resolve anything quickly. “I don’t feel like I’m always able to deliver the best customer service,” said Peters. “The way that I would with people who come directly to us.” But Peters believes things are getting easier since she got an EPI that connects the tablet to the POS streamlining the order data, rather than having to enter them in. Although, each restaurant has its own story of how they are navigating this new service.

The first Park Burger restaurant opened in 2009 and has since opened four more locations along with two Homegrown Tap & Dough and three Birdcall locations. Like many restaurants, they never did delivery until the growth and takeover of these food delivery apps. Although, they’ve always had a pick-up. Each of the restaurants uses DoorDash except for a few Birdcall stores. “It’s something so new,” said Peter Newlin, President of Park Burger. “We’re still trying to navigate if it’s good for business, is it bad for business? Are we making money on these deliveries? Is it affecting our in-store experience?”

The group started off using several different food delivery apps, but it proved to be too difficult to juggle. “At our Birdcall restaurant we had multiple carriers going,” explained Newlin. “But now being more focused on drawing a great experience, we just want to have one partner.”

Newlin explained that these apps haven’t changed the in-store traffic, but rather switched from people coming in for to-go orders to ordering through DoorDash. But the difference between pick-up and delivery is the timing, which can affect the quality of the food. “Our food was packaged before to be picked up and consumed within 15 minutes but we know that’s not the case for orders going through third party delivery,” said Newlin. “I know one thing that we’re actually looking at is completely changing the packaging of our food.” New and better packaging that keeps food warmer for longer, is something that restaurants like the Park Burger group are looking at in order to meet the high demand of deliveries that could take 30 minutes or more to get to a customer’s home, depending on the distance.

“I think it’s a change and it’s hard to ignore change,” said Newlin. “We realized it’s hard to see a future where delivery doesn’t take over a larger segment of our business.”

The international food hall, Zeppelin Station opened earlier this year and just started using DoorDash a couple of months ago. It’s complete with seven food vendors —Indian, poke bowls, Korean, Vietnamese, Japanese, gelato and Montreal style barbecue. Located in RiNo by the light rail on Wazee — it’s not the easiest place to get to by foot. So if you think about it — this is the perfect place to implement this remote service.

“We waited about seven months after our opening to vet the right fit to better establish ourselves and set up an internal platform for success,” said Justin Anderson, director of hospitality development at Zeppelin and managing partner at Zeppelin Station. “We also wanted to roll out a more exclusive partnership with the right app based Food Delivery service that we could form more of a longer-lasting partnership opportunity and at the same time would also integrate seamlessly with our POS system.”

Zeppelin being so new — already knew that technology was extremely important for the business. This made it easy for them to transition to implementing food delivery service. “So far so good — DoorDash has been great to work with and extremely hands-on with our vendors,” said Anderson. “We look forward to the next few months as we really dig into their reach and marketing strategies.” 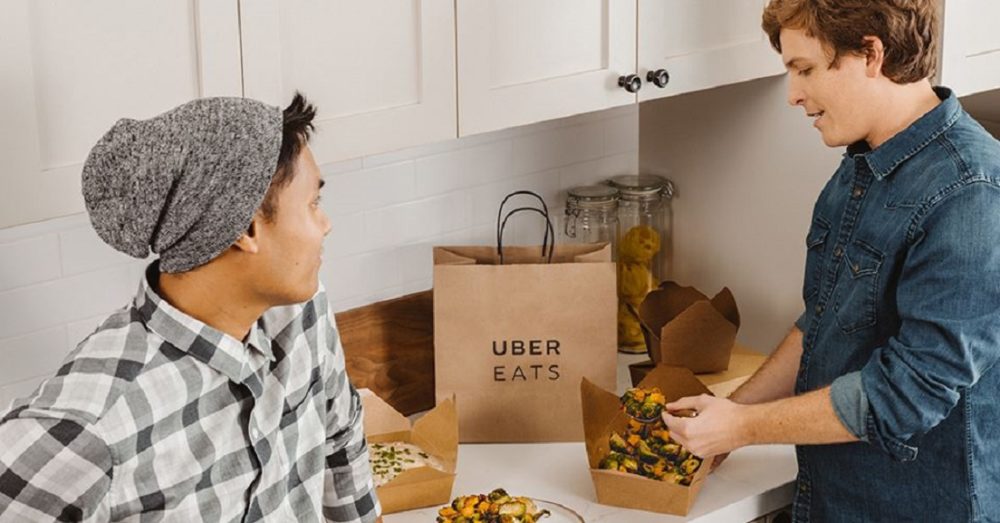 Ultimately, food delivery apps, much like Uber and Lyft are relatively new in the scheme of things.

Without a doubt, Uber and Lyft have created more jobs making for a good side hustle or full-time job. As for food delivery driving, it seems to be a good supplemental income rather than a full-time job. Though, it’s increasingly getting to that level where it can be a full-time gig.

Is it making consumers lazier? Judging from the restaurants we’ve talked to, people are still dining out as much as they were.

For most restaurants, delivery apps are just adding to their revenue. But does more marketing and revenue outweigh the problems that the apps cause? The majority would say yes. With anything new, the apps have several kinks that need to be worked out. So it seems things will hopefully get better with time for both the food delivery apps and the restaurants that use them.

As Newlin said, it’s hard to tell how it’s affecting the industry because it’s so early in the game. It does seem as though restaurants that don’t adapt could have a hard time in the long run. Doing a trial and error of several apps and seeing which one fits best seems like a good process. This isn’t to say that a restaurant needs to use one of these services to be successful. Of course, fine dining establishments and cafes are exempt because of their sit-in nature.

For consumers, just as you may prefer Lyft over Uber or vice-versa, choosing one food delivery app you like best might make your life easier. If you’re ordering delivery, you may want to think about how far away the restaurant is from you. If a restaurant is six miles away, don’t expect your food to be piping hot when it comes to your door — that is neither the restaurant nor the delivery service’s fault. To be able to get anything from a quinoa salad to a Shake Shack burger delivered to your home or work is pretty awesome, but just be mindful of all of the work that goes into getting it your doorstep.