At the corner of 10th Avenue and Grant Street rests Charlie Brown’s Bar & Grill, an enduring staple of Capitol Hill. Patrons are drawn time and time again to its culture, its classic vibe and its piano-centered singalongs that take place every night from 6 p.m. to 1:30 a.m. Its rich history is both well-documented and ambiguous, stirring the imagination into nostalgic recollection of a lost time enduring like a faded photograph.

At the back of the extensive menu — which features standard fare of burgers, burritos, pizzas, and sandwiches — you’ll find a pamphlet detailing that history. It all begins with a man named Judge Ernest A. Colburn.

Colburn was one of Denver’s first millionaires, making his fortune operating a coal mine at Cripple Creek. His fortune grew upon opening the Colburn Automobile Company with his two sons, the first automobile production company in Colorado. After the business closed due to disagreements with his sons — apparently sparked by his sons’ discovering the Judge’s infidelity to Mrs. Colburn — Colburn started construction on the Colburn Hotel in 1924.

In an effort to rival the Brown Palace, Denver’s top hotel at the time, the Colburn was designed to be the “modern hotel,” whose elegant offerings included running water and bathrooms in every room. In 1928, the Colburn Hotel opened, with rooms starting at $3 a night. 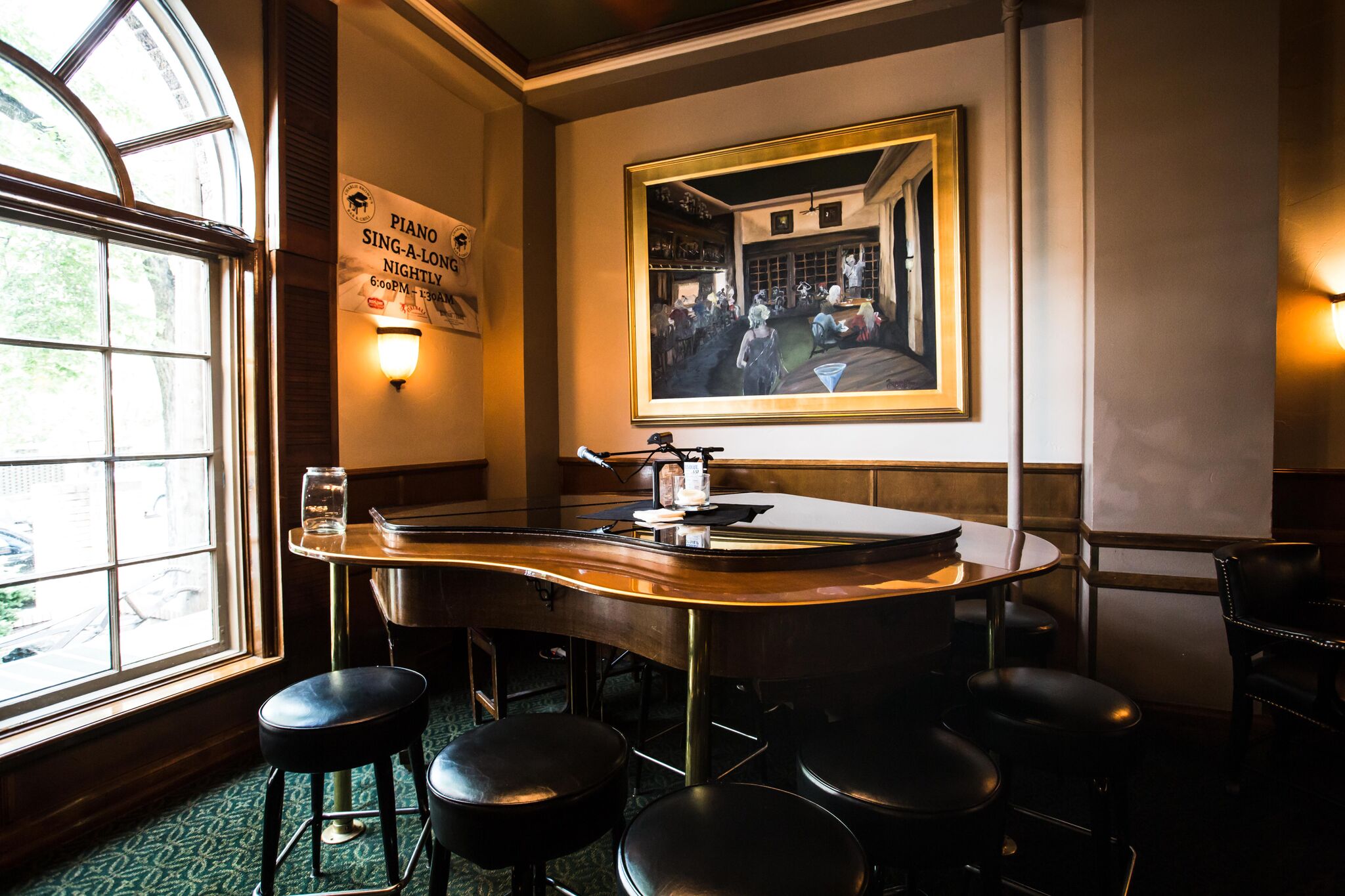 As Prohibition was still in effect, the Colburn had no bar. Instead, it offered a piano lounge downstairs. Charlie Brown’s current owner, George Andrianakos, an affable man with a heavy Greek accent, indicated that in the center of the restaurant, precisely where the bar now sits, the grand piano once rested.

“Guests would have their coffee, their breakfast, their tea,” Andrianakos said. “They’d listen to the piano, wishing they had a shot.”

Legends exist of a hidden elevator shaft discovered in the hotel, indicating secret tunnels used to transport illegal booze. Regarding this element of the Colburn’s lore, Andrianakos smiled, saying, “I’m sure a select few had their connections.” Whom those select few happened to be has faded into lost memory.

Prohibition ended in 1933, but due to a bureaucratic belief that a Capitol Hill bar would corrupt the youth, the Colburn did not attain its liquor license until 1947. Once it did, it transformed its piano lounge into a bar, and in 1964, that bar was given the name “Charlie Brown’s.”

Among the most famous elements of Charlie Brown’s lore is its role amidst the Beat Generation. Misogynistic and flawed as the novel may be, Jack Kerouac’s On the Road helped define a generation of drifters and rebels seeking truth beyond the status quo. On the Road details the adventures of Kerouac’s ragtag group of artists and outlaws journeying to “discover America” in the post-WWII ‘40s, adventures for which Denver played a central role. Not only was Denver a key rendezvous point, but Denver was where Kerouac first met his muse, fast-talking Neal Cassady, the Beat Generation’s “holy fool”. In the mid-‘40s, Cassady’s girlfriend — and eventual wife — Carolyn Robinson was staying at the Colburn while studying at DU, and Kerouac and Cassady — along with poet pal Allen Ginsberg — crashed in her room for several weeks. Thus situated, the jazz-loving vagabonds frequented the piano lounge downstairs, singing their nights away in Beatific ecstasy.  (It’s worth noting that Carol Barnes, a legendary Charlie Brown’s waitress, recalled a slightly less romantic story. She remembered Kerouac as a “smelly hippie” who never had any money). 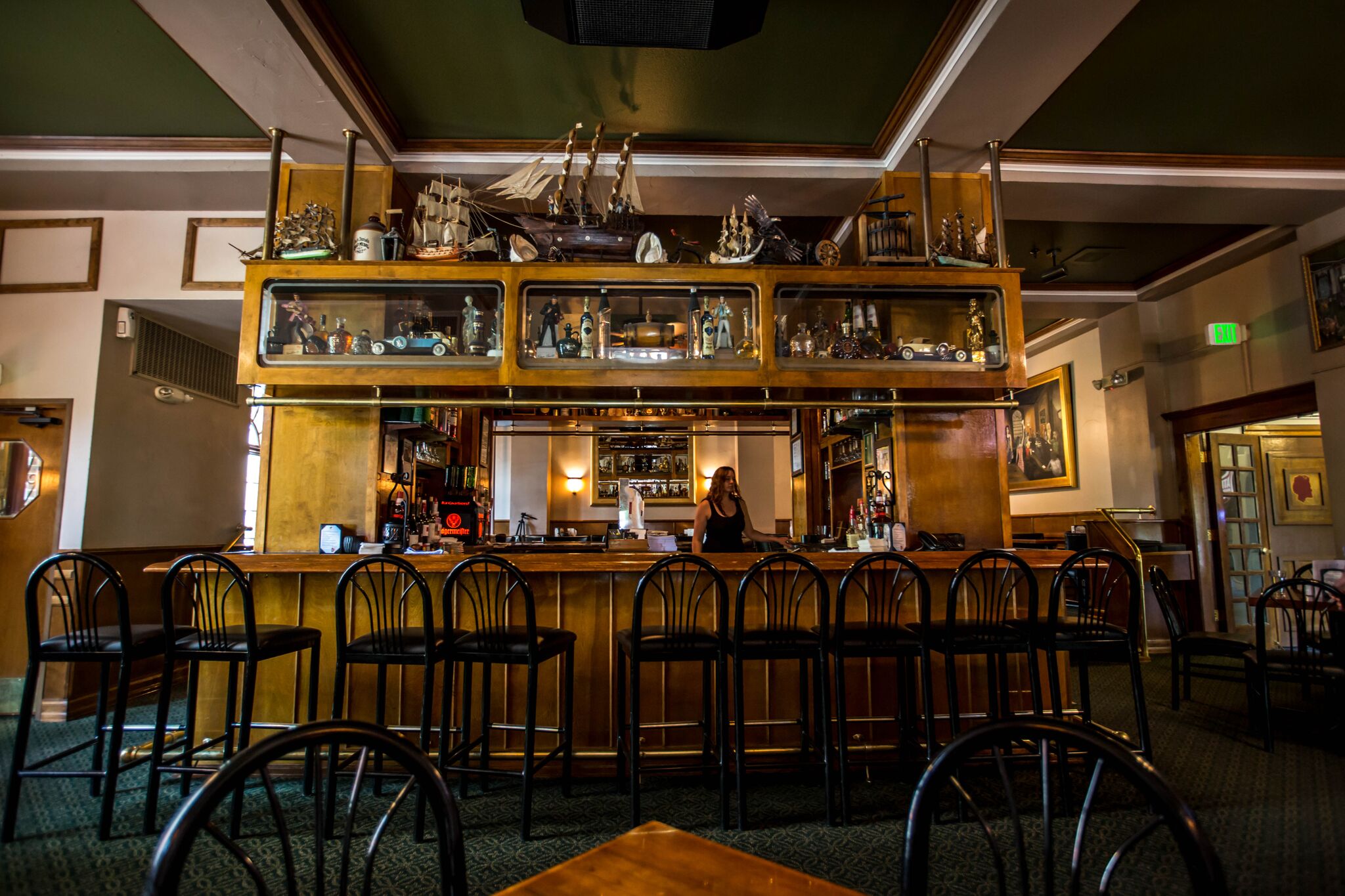 In the decades beyond the Beats, numerous movie stars stayed at the Colburn, including James Stewart, Clark Gable, Marlon Brando and Marilyn Monroe. More recently, celebrities the likes of Tony Bennett and Bill Murray were known to drink and sing around the piano — the menu’s pamphlet suggests Murray last visited in 2006.

Andrianakos entertains and appreciates the history, but he’s a businessman, and he’s concerned with the present. He desires nothing more than to provide a memorable experience for his customers. He speaks with pride of the decorations he’s amassed over the years that rest in a glass case hanging over the bar — he’s particularly fond of the old Elvis statues that are actually Jim Beam bottles in disguise. Even if you know nothing of Charlie Brown’s history, you’ll sense it upon entering. You can’t help but notice the fading awning, the impressionist paintings hanging over dim lights on the walls, the ambiance of a timeless, Shining-esque ballroom (albeit without the creepy ghosts). And of course, there’s the core attraction: the old brown grand piano resting in the corner like an object from an American myth, inviting new patrons to its side every night.

Andrianakos himself came to own Charlie Brown’s in a roundabout way. He moved from Greece to the US in 1967 with plans to get an engineering degree and return home for work. While in school, he made money washing dishes, and when he realized he wouldn’t make his first dollar as an engineer until he was 34 years old, he decided to go further into the restaurant business. Now, he’s worked in restaurants for over 50 years, through which time he’s “done everything there is to do in this business.”

After owning and operating several restaurants with his two younger brothers, Andrianakos purchased Charlie Brown’s on May 17, 1990. In ‘92, after his brothers had left to pursue real estate and other endeavors, he became the sole owner, a position he’s held ever since.

Though Charlie Brown’s rich history paints the portrait of an everlasting, untouchable establishment, things weren’t so blissful when Andrianakos took over. “In 1989, the whole place was shut down,” he recalled. “There was a six-foot fence around the property.”

The oil industry was dominating Denver. Andrianakos ruminated that between ‘85 and ‘92, downtown Denver was “like a ghost town.” Bars and restaurants were closing left and right, and Charlie Brown’s — known then as “The Colburn Tavern” — faced a similar fate. Andrianakos knew a woman working at Charlie Brown’s, and she informed him the owners planned to file bankruptcy. Andrianakos’ interest was piqued. Soon after, he met with the owners and, alongside his brothers, signed a two-year lease.

“We figured if we didn’t make it, we were only responsible for two years.”

The first order of business? Restoring the original name, the name the public desired. The Colburn Tavern became Charlie Brown’s once again.

The day Charlie Brown’s reopened, Channel 4 News dropped by. They asked Andrianakos how he would succeed with so many bars and restaurants closing throughout Denver. Andrianakos replied, “One person’s misfortune becomes another person’s fortune. This might be my opportunity.”

Over 28 years later, it’s safe to say that gamble paid off.

As fascinating as the history of Charlie Brown’s may be, Andrianakos emphasizes that the history itself won’t keep people coming back. They return because Charlie Brown’s, the “Cheers of Capitol Hill,” treats them with love. For instance, if you drop by on your birthday, you’ll be treated to several free drinks. And every Friday during happy hour, from June to August, Charlie Brown’s does a complimentary pig roast outside.

“We give it to our customers for free,” Andrianakos said. “To show them our appreciation.” 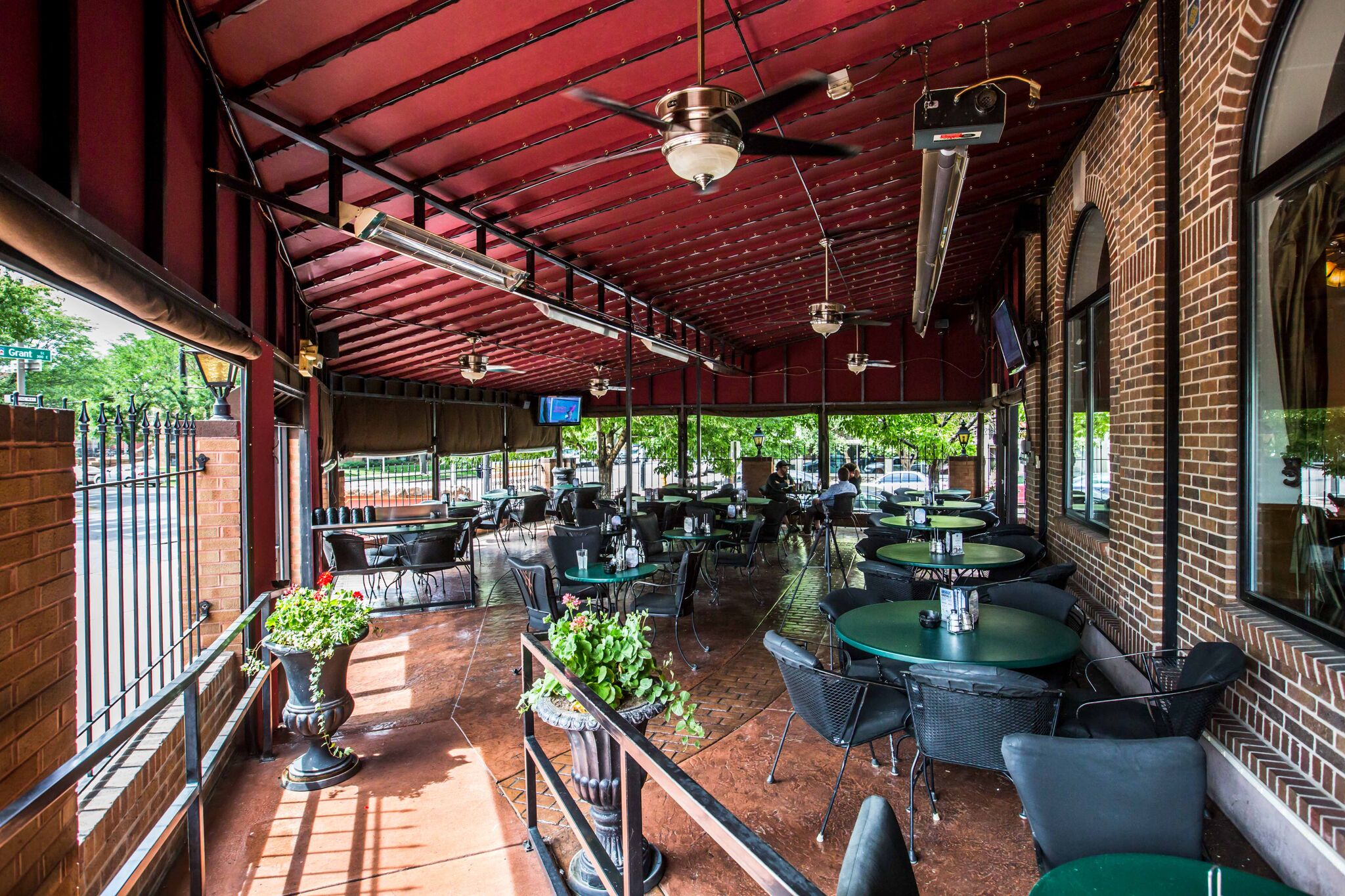 But you don’t have to get extravagant with your plans. You might simply kick back on the impressive outdoor patio, which Andrianakos humbly calls “the best patio in Capitol Hill.” A scarlet tarp overhead will shade you from the sun, and a half dozen rotating fans will keep you cool. You can watch a game out there, enjoy a happy hour, or smoke cigarettes and vape pens to the ’60s and ’70s tunes wafting amidst the comfortable cushioned chairs. On top of it all, you’re bound to glimpse a character or two — on a random Wednesday afternoon, a portly fellow who looked like a blend of Wilford Brimley and Al Capone sat alone, puffing a stogie, watching the 10th Avenue traffic go by.

Despite no longer being associated with the Colburn — which now provides housing for individuals and families of low income — Charlie Brown’s stands as a testament to the past, preserved for enjoyment in the present. Stepping inside is like stepping into an old film. Even when the grand piano is vacant, you can’t help but imagine people surrounding the grinning pianist, singing along as smoke swirls through the moonlit night. No matter what evening of the week it is, Charlie Brown’s invites you to sit around the piano with friends and loved ones to sip cocktails and join the faded voices of the past in eternal song, echoing the chorus of ongoing history animating the Cheers of Capitol Hill.