As a kid, jewelry designer, Kara Reddel, traveled to Colorado from North Carolina almost every year to go snowboarding with her dad. She was so amazed by the topography of the state that she moved to Denver after college. “I remember every time we stepped off the plane it smelled so fresh. There was no humidity and the sun was always shining. Most of the time after a vacation, you look forward to going home but Colorado was the only place I had ever visited that I truly didn’t want to leave,” Reddel said.

Growing up, Reddel believed she was artistic but equated that with being good at painting or drawing, which wasn’t her strong suit. The artist said, “As I got older, I searched for outlets to express myself creatively — from cooking to DIYs — then eventually gave jewelry a try.” She immediately fell in love with the craft. This led to the inception of Raven & Riley, a handcrafted jewelry line that uniquely evokes elegance and boldness using rustic and natural materials. The line not only took off in Denver but rapidly expanded nationwide and onto the shelves of retail giants like Free People. 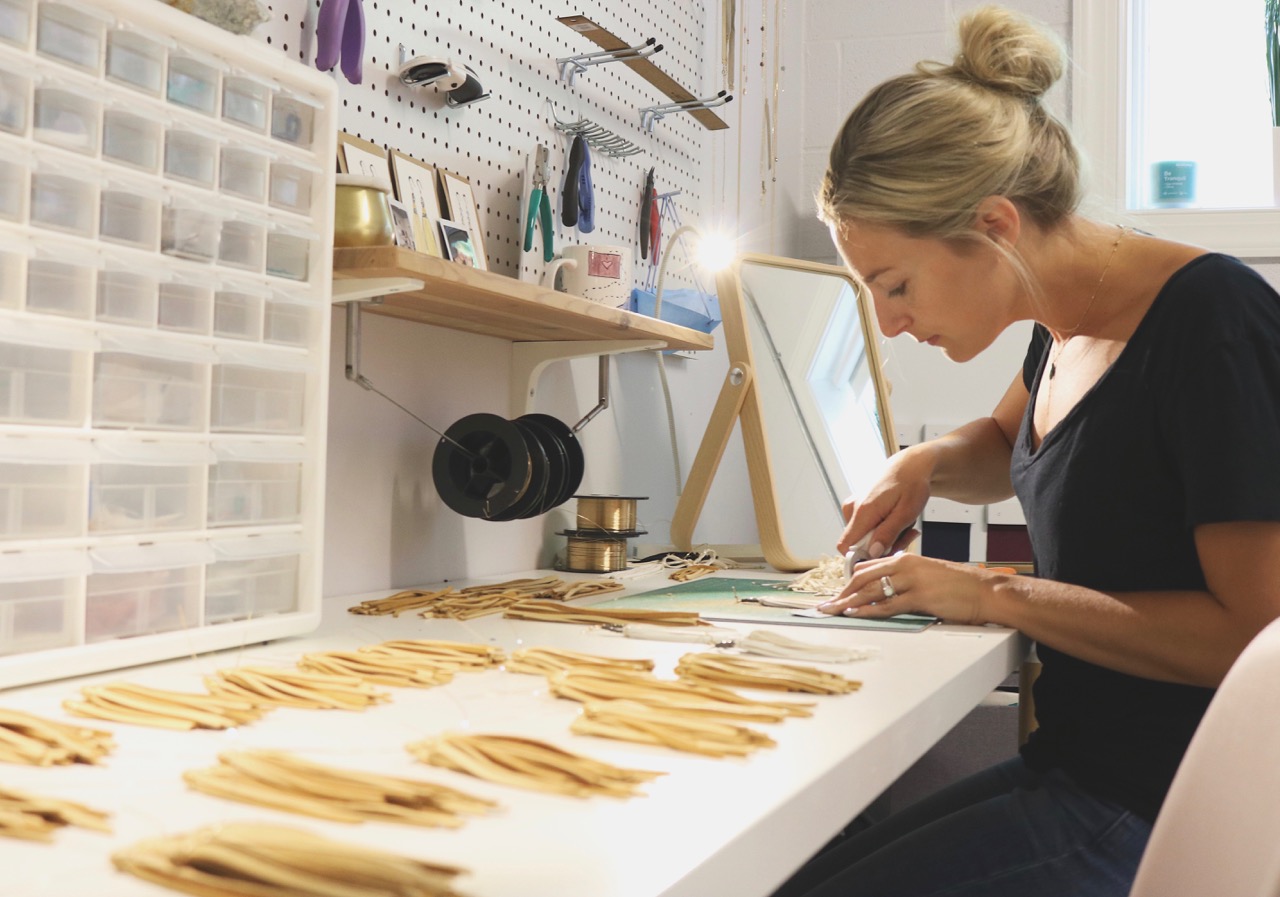 Once Reddel saw tassel earrings, she knew she wanted to make them herself. She also wanted to incorporate something identifiable to Colorado, which led her to a local tannery to pick out scrap leather, which she still does today. Beginning in the tannery, Reddel hand selects each leather hide and scopes out new colors and textures. She shared, “Once I have some ideas in my head, I put them on paper. Then, I create samples of different leather and stone combinations to see what complements the other best.” Reddel went on to say, “When I look at leather and smell it, it reminds me of the rustic beauty that makes up Colorado.”

As a young entrepreneur, Reddel has experienced peaks and valleys that have undoubtedly shaped her as a businesswoman. She has learned so much about herself and that she’s capable of far more than she gave herself credit for. It has also been paramount having someone there to push her.

“My husband and I started this company together. He has done everything from setting up shows all over the country with me to even stringing stones on earrings for me when I have huge orders to fulfill. During this amazing era of women empowerment, I think it is important to recognize those men who are supporting women. We all need someone to push us to our fullest potential,” she shared. 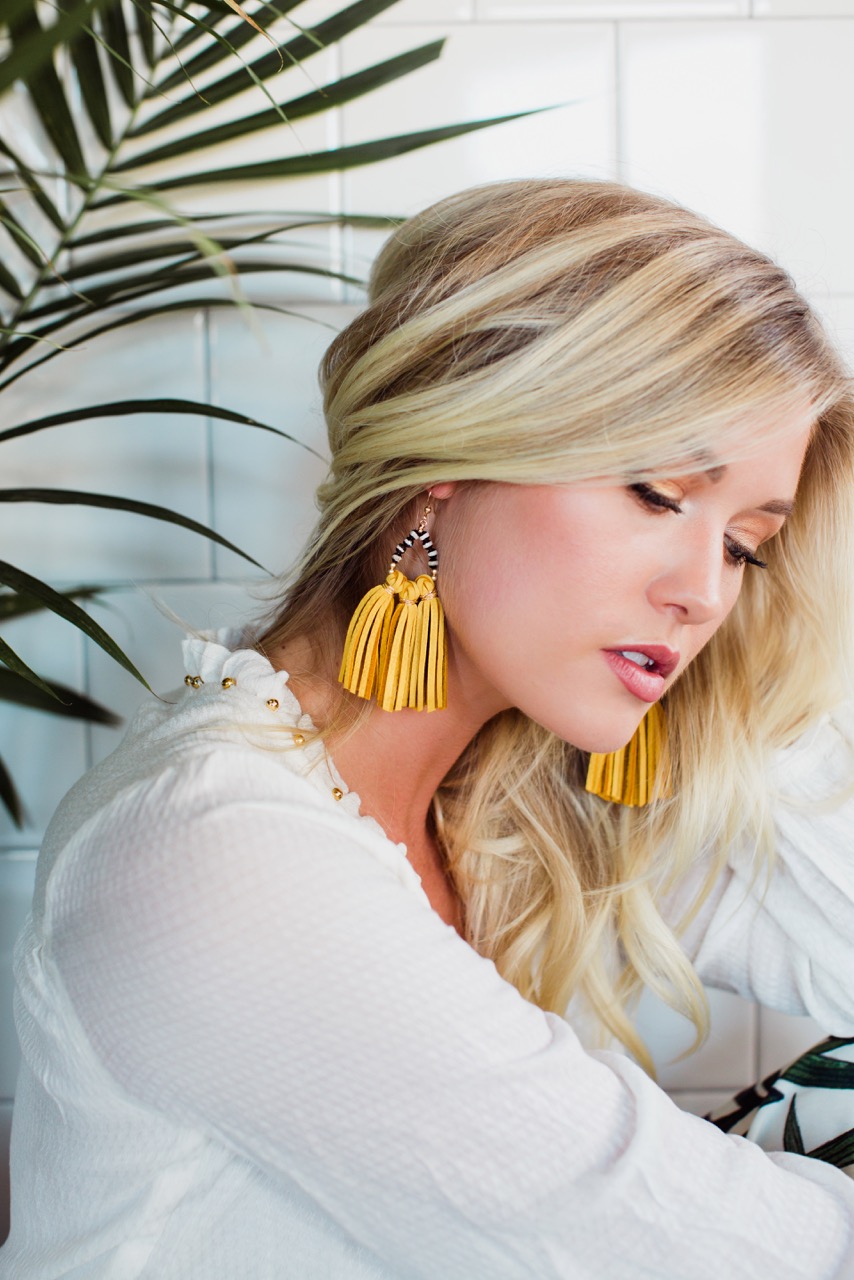 One of the essential keys to Reddel’s nationwide success has been her ability to build relationships with boutiques and stores. Instagram has also been an unparalleled resource in the connections because it expands the reach and appeal of Raven & Riley. Reddel said, “Marketing is hard but essential. As an English major, I can write up an ad or a product description pretty easily. It was challenging learning how to target the right customers and how the ever-changing world of social media and advertisements work.”

Between Reddel reaching out and boutiques contacting her, she has managed to convince businesses to carry her jewelry line. “After about a year in business, I applied for a booth at shows in New York City and Las Vegas during the buying weeks and was accepted to showcase R&R there. That was how I reached Free People and nationwide boutiques,” Reddel said.

Although Reddel’s vision may have started with a simple pair of handmade earrings, her drive and creativity brought her to a whole new level of success. She is a true example of the grit Denver artisans and makers have and how dedication can open the doors to an unimaginable future. You can expect Reddel to continue to elevate her designs as 2018 comes to a close. Raven & Riley’s holiday collection features completely new, lustrous silhouettes, organic textures and neutral tones. It is sleek collection designed to be worn every day. Be sure to check out the collection sold online and in more than 30 boutiques nationwide. 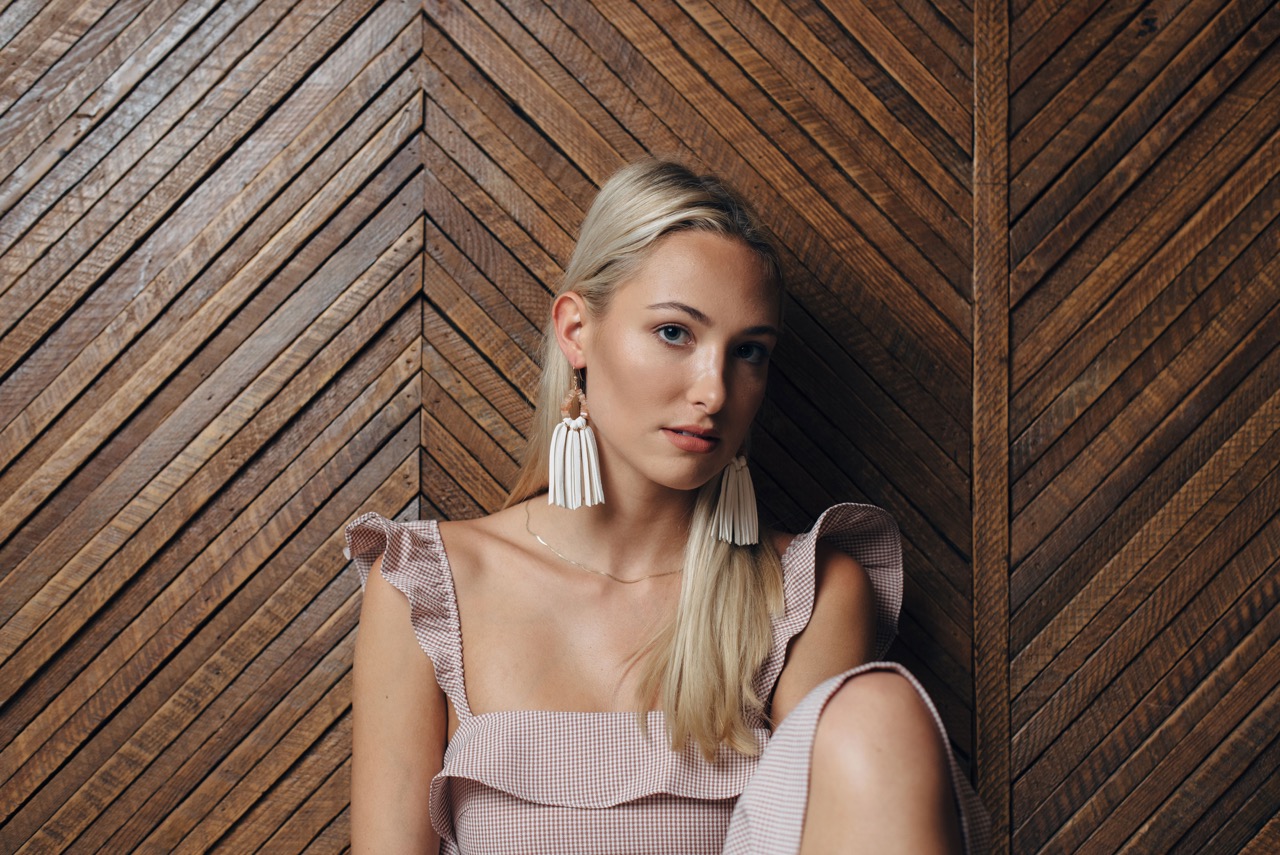