If you were to imagine a hybrid between a science fair and a trade show, you’d have a decent idea of what Maker Faire will resemble. Started in the Bay Area in California in 2006, the gathering of “makers” has spread across the world for over a decade and we have one here in Denver on October 13 and 14 at the National Western Complex. The “makers” include everyone from engineers to students to amateur inventors to artists — all of whom showcase their newest thoughts, experiments and projects to attendees. It’s the kind of atmosphere that attracts curious people on both sides — whether they are showcasing their innovation or experiencing someone else’s.

This year, Maker Faire Denver has set a theme of “inclusion” — a goal that was thought up as a result of acknowledging that technology can help us level the playing field, in many different areas. “We thought it was a special way to highlight people who don’t have all the same faculties,” explained Dan Griner of Making Progress Colorado (the producers of Denver’s Maker Faire). “So we have been reaching out to people who wouldn’t normally be in a fair like this.” 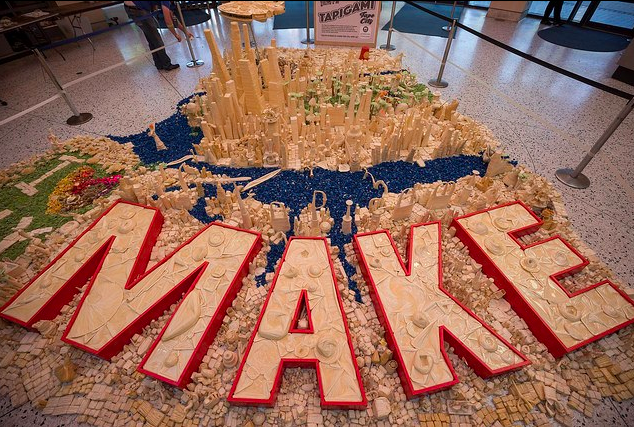 One such example is a “tactical escape room” called Mission to Nocterra, created in partnership with the Colorado Center for the Blind. Unlike any other escape room in Denver, the puzzles in the room must be solved in complete darkness (or under the cover of a blindfold) to ensure that participants use other senses in order to figure out the space. Because it will be in a fair setting, participants will only have 10 minutes (instead of the usual hour that is allotted in escape rooms) to do the work, but it’s more about re-training your critical thinking so the experience is done without using sight. Each puzzle in Nocterra has been created with the help of a team of designers — Dan Griner, Matt Gesualdi, Jenny Filipetti, Alexi High, Mara Maxwell, Brice Sullivan and Bailey Van Etten — and therefore each one requires a different way of thinking to figure out.

Gesualdi — owner of the company Tact-Ed — was the initial brains behind the innovative approach to a live-escape experience. He explained, “my first designs for the escape room were STEM [science-technology-engineering-math]-oriented and made to be adapted to challenge both school-aged kids and adults. I knew that to put blind and sighted people on a more equal footing the room had to be totally dark and dependent on only touch, so the idea started out as sketches of puzzles that would work in total darkness.”

But the overall experience isn’t only about changing your typical escape room into one that accommodates people with visual impairment — it’s about changing the way we approach a problem by changing the setting we solve it in. There’s a degree of uncertainty that descends upon participants who make their way into Nocterra but that loss in confidence in one sensory input is quickly made up in another one. After appearing at Maker Faire, Nocterra will tour the country with its puzzles in the dark. 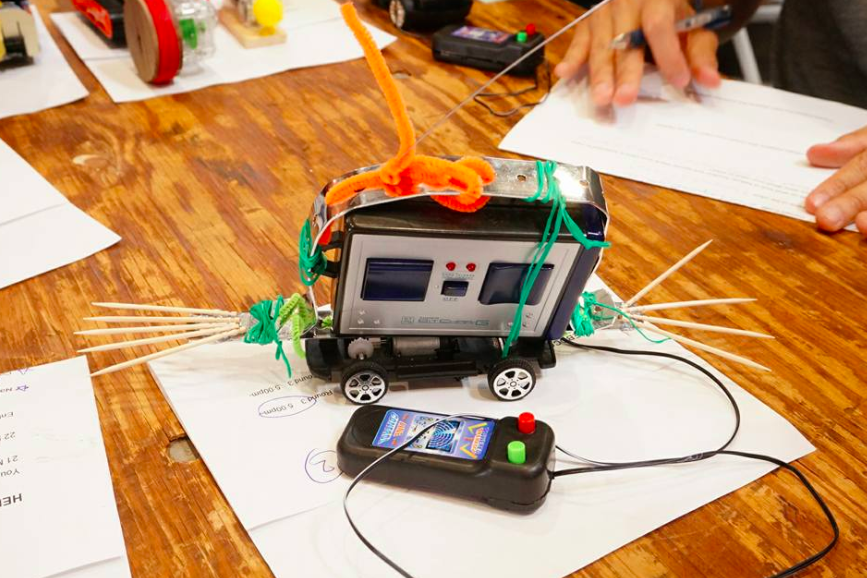 An example of a ‘crappy robot’ at HeboCon. Photo courtesy of HeboCon on Facebook

Nocterra is only one highlight of Denver’s Maker Faire though. The two-day event will also feature a robot-building contest called HeboCon, educational workshops and an inventor’s showcase focused on Colorado inventors. This is the first year that HeboCon will make an appearance in Denver and the tagline for that part of the fair is “a robot contest for crappy robots” — or in other words, you don’t have to be an actual robotics engineer to participate. HeboCon was originally started in Tokyo in 2014 as something for the “technically ungifted” to compete in. The website encourages anyone, of any age or skill level, to either come prepared with a DIY robot or make one at the fair. If you choose to make one there, organizers are providing motors, batteries, holders, switches and other basic moving pieces to help your robot come to life.

If you want to see better engineering than the crappy robot contest, then you’ll want to check out the Colorado Inventor’s Showcase, where over 100 inventors of varying skill levels will display their designs in engineering, manufacturing and capital investment. There will be judges present as well, scoping the floor for the best ideas in a “Shark-Tank” style competition. After all, with so many inventors in one place there is bound to be at least the seeds of some great ideas. To top off the weekend, visit one of the maker demonstrations where you can include yourself as a maker by trying out something new.

Denver Maker Faire will take place on October 13 and 14 at National Western Complex, 4655 Humboldt Street, Denver. Tickets are $15 in advance and $20 at the door.