Local Listen – The Hollow Are No-Holds-Barred on New EP

The Hollow is a band built on unpredictability — existing on a divisive plane somewhere between a teeth-grinding “fuck it” of an attitude and the careful caress of a callused hand. Such is the case of the band’s newest EP Contact (released October 1), which quite literally straddles between the two mentalities — grinding the gears of its own binary opposition to great success. One needs to look no further than the album’s own cover — minimal and effective, a lightning bolt striking through a feather representing severity alongside serenity. As each track on the five-song EP progresses, you’re never quite sure which version of The Hollow will burst from the speaker, but as the project evolves, it’s nothing short of arresting. Most impressive and despite the loops the band is willing to throw the listener, The Hollow has never sounded as sharp and biting in their vision as they are on Contact. 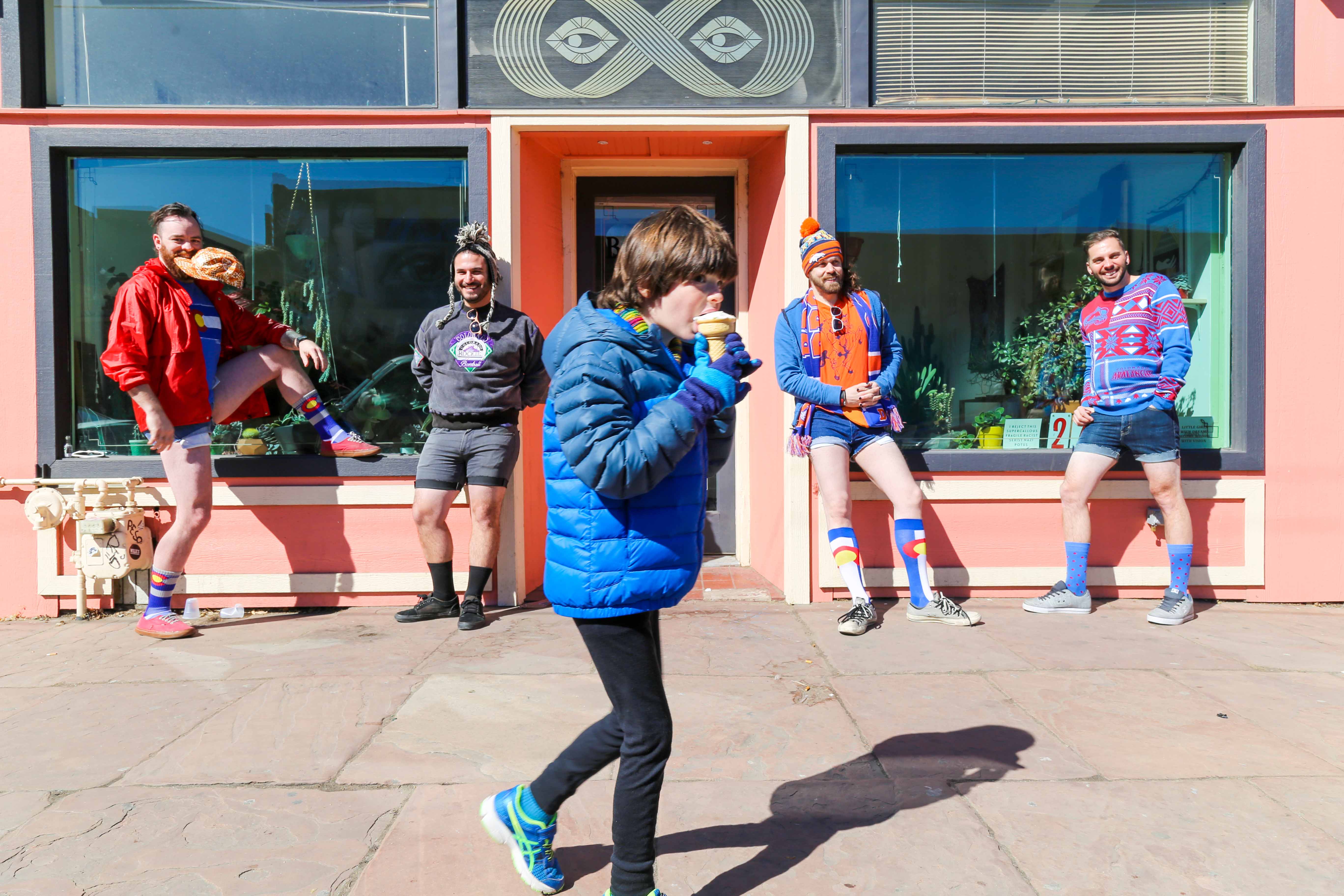 Take, for example, the introduction to the EP, a cover of “Pure Imagination” originally sung by Gene Wilder, the classic Willy Wonka. The song, a burgeoning staple in the band’s live performances, is striking in its beauty but disarming in its vulnerability, with lead-singer Spencer Townsend Hughes crooning with theatrical wonder backed by nothing but a harp and his own layered vocals. For those gripping the armrest awaiting the release of this EP, this is probably not the way they saw the album unfolding, however, though unexpected, the song does not diminish the ambitions of the band in the slightest. In fact, the song serves to amplify them — by serving the unconventional with flying colors.

Following, their previously released single “Sleep Talkin’” — a delirious hell-raiser of a seething party anthem — promptly and rather jarringly unleashes The Hollow many have come to know and love. It’s a barnburner of a track that’ll have you kicking the doors down with its fiery performance singeing the very hairs in your eardrum as you blast the replay button. “Catch As You Can” circles back to the tender territory laid out by “Pure Imagination,” except on this number, the band is taunting as the haunting track builds to its incendiary face-melting climax. Hughes howls as the band crunch away in vengeance and no shortage of drama. 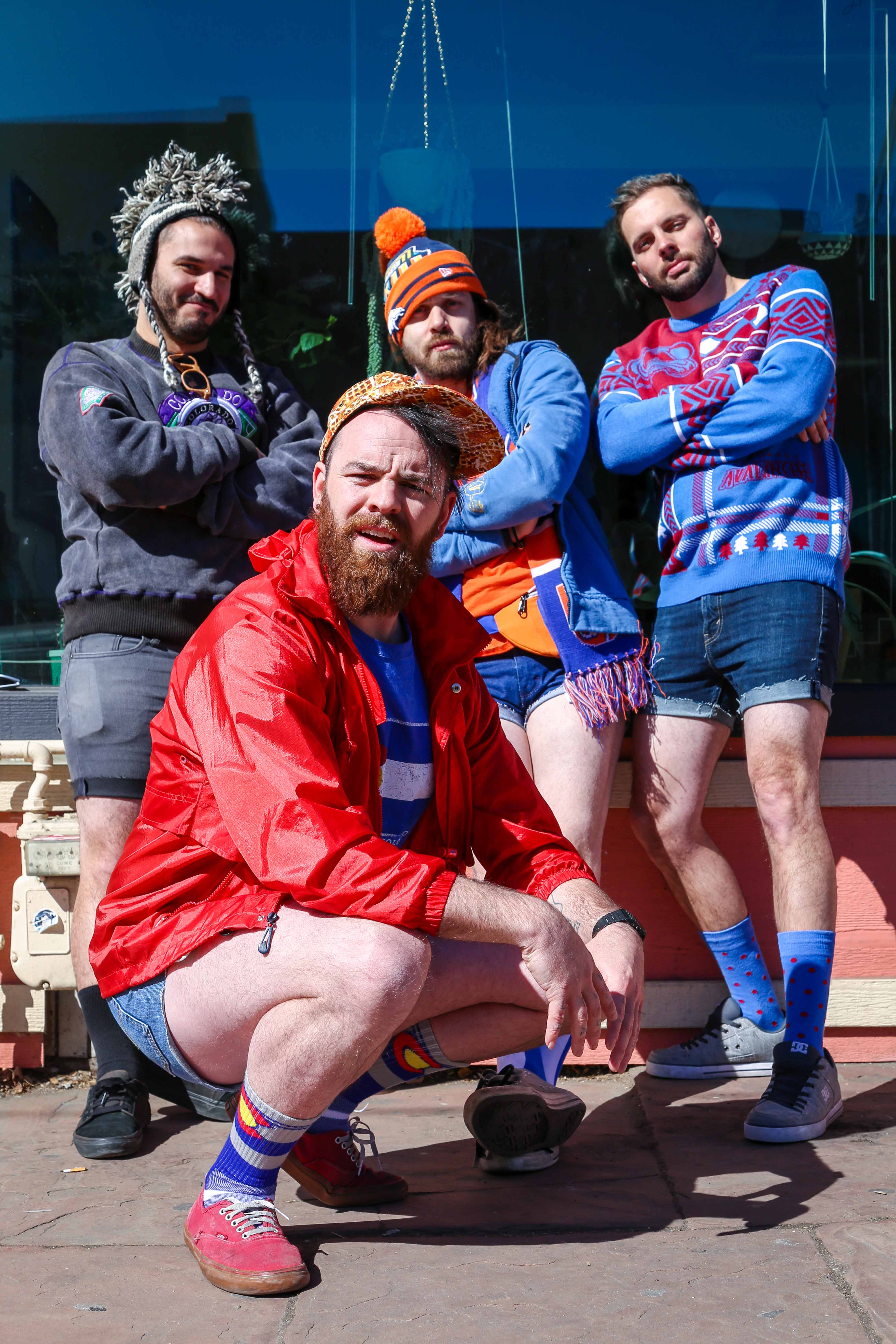 Perhaps the standout and most moshable song, “Mask Of The Pearly Whites” launches an all-out assault to the tune of a downright menacing bassline and Hughes singing as if the song were the resulting lovechild between Muse and Incubus. Just when you think the band might dial it back, and in lesser terms “chill out,” the band closes the EP with the reflective and equally exceptional “Way the Wind Blows.” For what it’s worth, the song begins rolling on a bluesy note with some of the best guitar work on the album and the powerful chorus — “the basement is adjacent to the halls we buried our souls” chorus. but, just when the track appears to be over, the band gear up for one last hurrah. Rolling drums, manic guitars and clashing high hats send the track into the stratosphere and never comes down as Hughes stalks the fringe he’s created completely unhinged — yelling the chorus until his voice becomes hoarse.

For an album titled Contact, for much of the project, The Hollow hit the ground running — to the extent where you hardly see their feet touch the ground. Touch and go, the album is equally brash and beautiful, with an absolute refusal to stay in its lane. The best part of it all, and what makes the EP as well as The Hollow such an intriguing band is that there uncompromising approach to being uncompromising. For many artists, the pressures to subscribe to a certain style or narrative directs them along their artistic journey, but The Hollow, made evidently clear on Contact, they’ve said “fuck all that” and let their engine roar. The boys have not only shown up, but they came to show out too.