If you’re involved in the local music scene, chances are you already know — or have at least come across — Spencer Townshend Hughes. The multi-talented musician and mental wellness meet-up organizer has become, well, somewhat of a growing local icon. He works relentlessly in the music industry and puts himself out there — he’s ambitious and modest all at the same time. 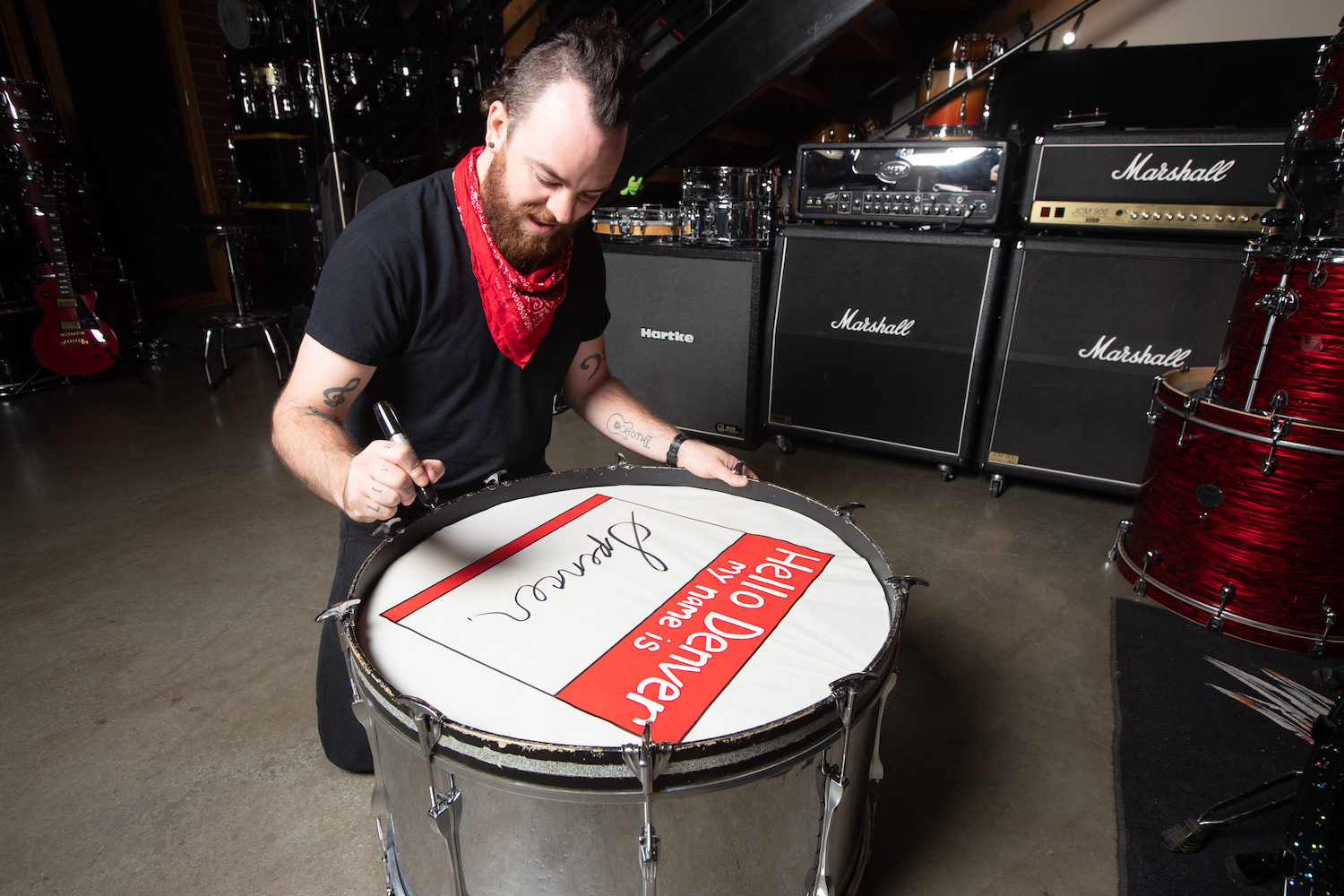 303 Magazine: Tell us more about how being involved in the music industry can have a negative impact on your mental health.

Spencer Townshend Hughes: Oh man… I think the first thing is ego. I think there’s a lot of ego in music and I think people can sometimes be consumed by that instead of what we think we’re doing it for, or what we’re trying to do it for, which is to help people or to release something that you can’t communicate with words in everyday conversation. And unfortunately, I think that happens a lot more than we think. And then I think that we end up producing music that you can’t really trust or believe.

Ego is probably the biggest thing because in that there’s this expectation of what fame looks like. I think people are so enamored with the idea of being famous, but the amount of work and preparation that goes into it is a lot and then when you start to get a little successful, people expect you to get very successful so there’s a lot of pressure and anxiety that comes with that, depending on how serious you want to take your music and your art. Some people are fine with doing cover band stuff and some people are fine playing once every three months, but we’re trying to go after it hard and in doing so you deal with a lot.

STH: I think it’s both. I think some people don’t really understand the talents that they have as songwriters or musicians and when people start telling them that they’re really good, they can be easily inhibited by that. And on the flip side, I think other people start playing music because of the ego. I think they say, ‘Hey, look, I can play four chords on a guitar. Look how cool I am.’ So I think it’s a yes and no, which is great. Whatever makes you feel better as an individual, you should absolutely pursue. 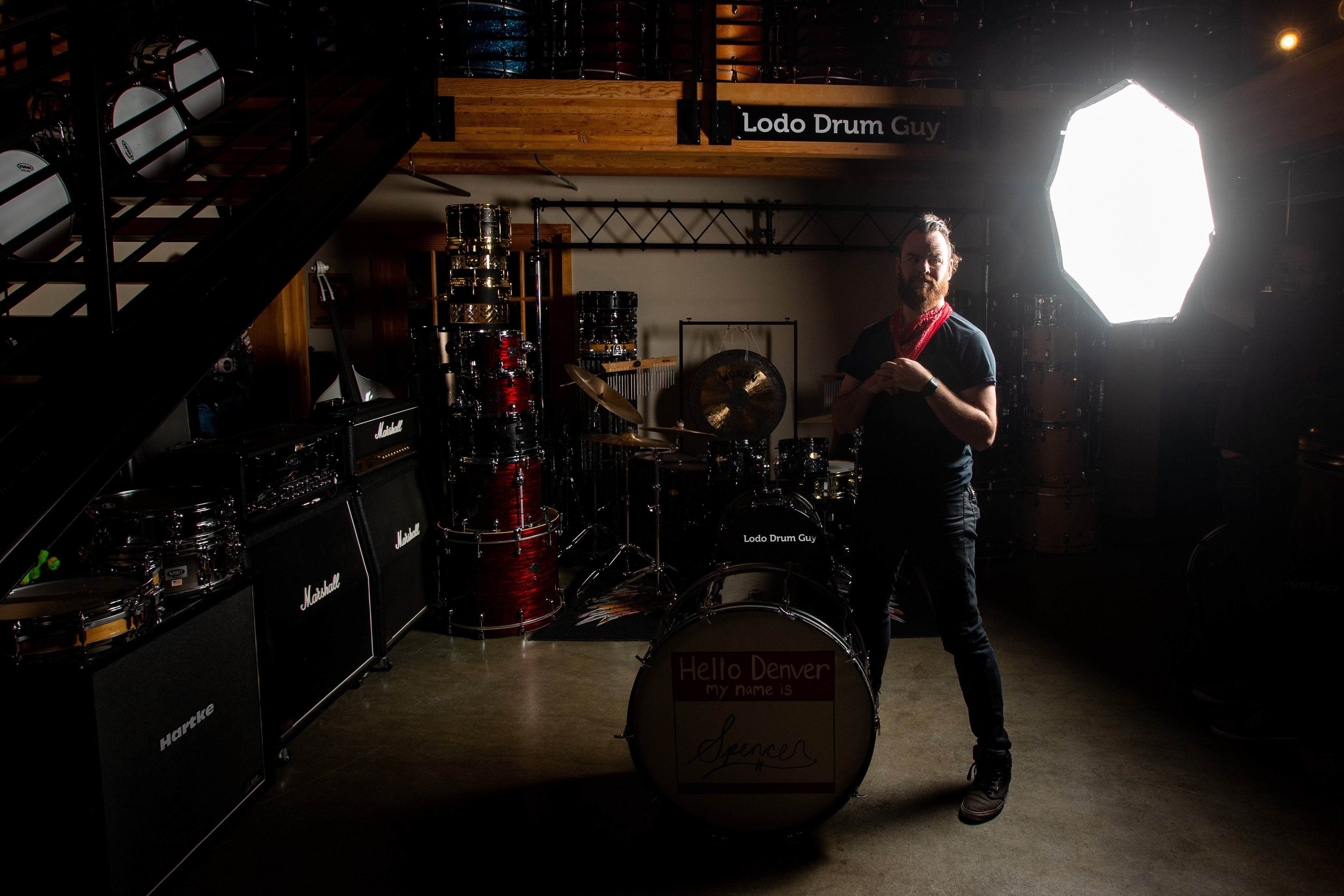 303: What would you say is the most common form of mental illness that you come across working with other music industry professionals?

STH: Anxiety and depression — and I can speak from experience with that. I think a lot of it, for me at least, is that it’s based out of expectation. So much of my fear and anxiety and depression comes from what’s next and what people are going to think of what’s next, which you can’t control. “How cool is your next step going to be? What’s next? What are you going to do?” But it ranges across the board. Mental illness is a beast in the music industry for sure. There’s certainly help out there.

303: And it’s interesting that mental illness — anxiety, depression — they are all so prominent in the music industry yet music is very often known as a release for anxiety and depression. So in that sense, how do you think music helps you cope with these elements?

STH: That’s a great question and I think that we know each other well enough that you could see that outside of the band and the music that we write, we laugh and have a really good time and my attitude or my energy is very optimistic and jovial, but our music tends to be a little bit darker or dealing with heavier subjects and I think it’s just because of that. I’ve written songs about heartbreak and working in the service industry and mental illness and all of those songs seemed to be really heavy. So people kind of pigeonhole us into this category of like — “well your name is The Hollow and you write all these heavy songs, you guys must be a metal band.” But it’s not. I mean, that’s just how we deal with things. And people are often surprised, too when they know who I am without knowing who the band is. They say, “I listened to your music. And it’s really unlike you,” when it’s exactly who I am. I’m able to present this on the outside while inside, this is how I filter through my emotions — the music. 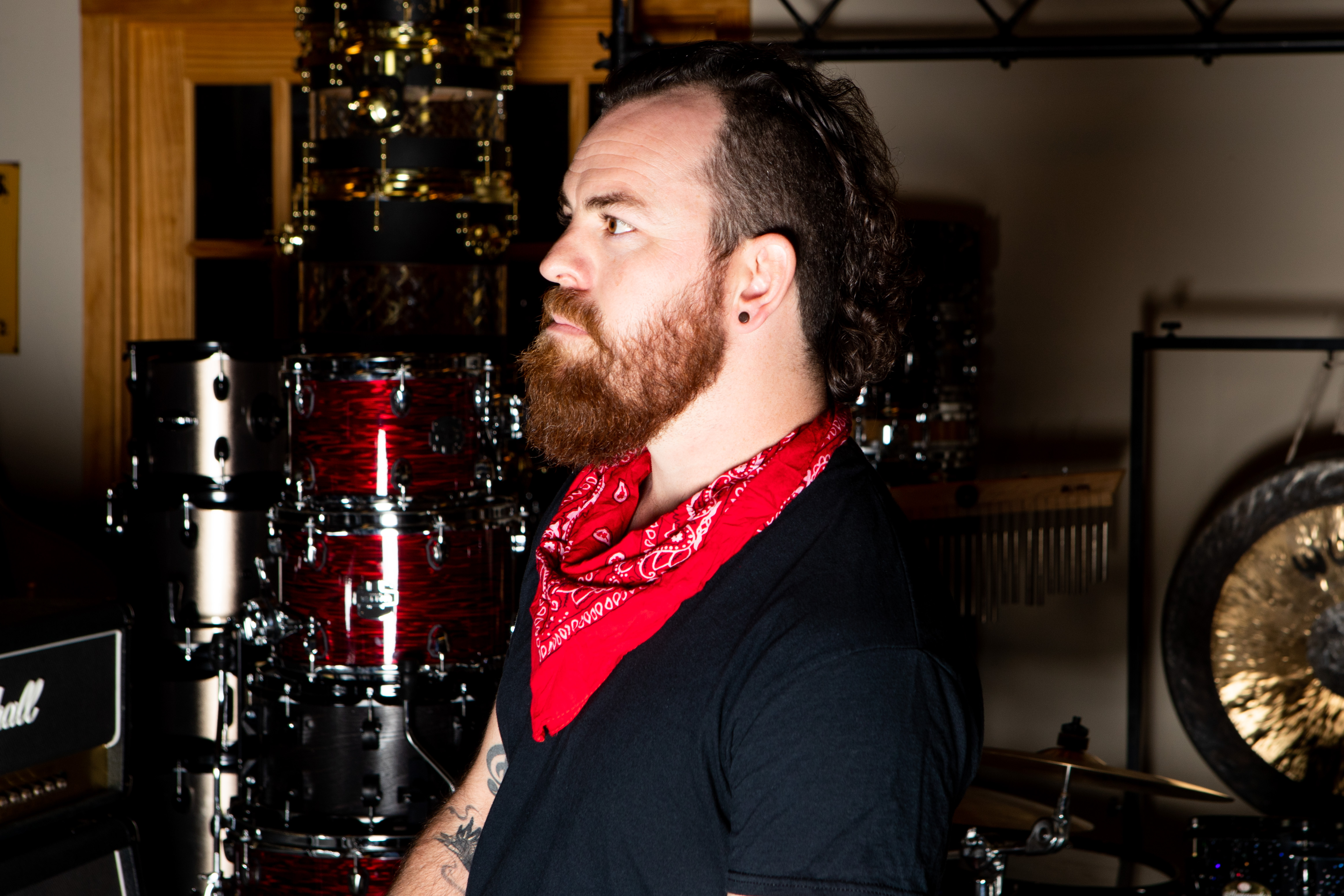 303: On the other side of things, how do you think your mood affects The Hollow’s music?

STH: I think that for me, some of the best songwriting comes from despair and agony and heartbreak and I think we’re starting to flirt with the idea of still writing those same songs, but in major chord progressions so that we can at least flip it up and give ourselves a creative challenge. But it’s unreal — when I’m in a negative state of mind — how simple it is for me to pick up a guitar and start writing a melody. I can’t explain it. I’m sure whiskey plays a part in it too [laughs], but it’s pretty unbelievable.

303: What’s the biggest piece of advice you can give a young musician struggling with mental illness?

STH: You have such a support group. Everyone who is in this community is dealing with the same exact thing whether they like to admit it or not. So for those who would like to admit it, you should find a group of people to talk about this with. Every single person who plays music has an opportunity to impact and it helps so much. If you don’t share your music with anybody — if you don’t share your art with anybody — it doesn’t matter. If it serves a purpose for you, then you should continue to do it and never quit. And find those who love your art, who hate your art and start a conversation. 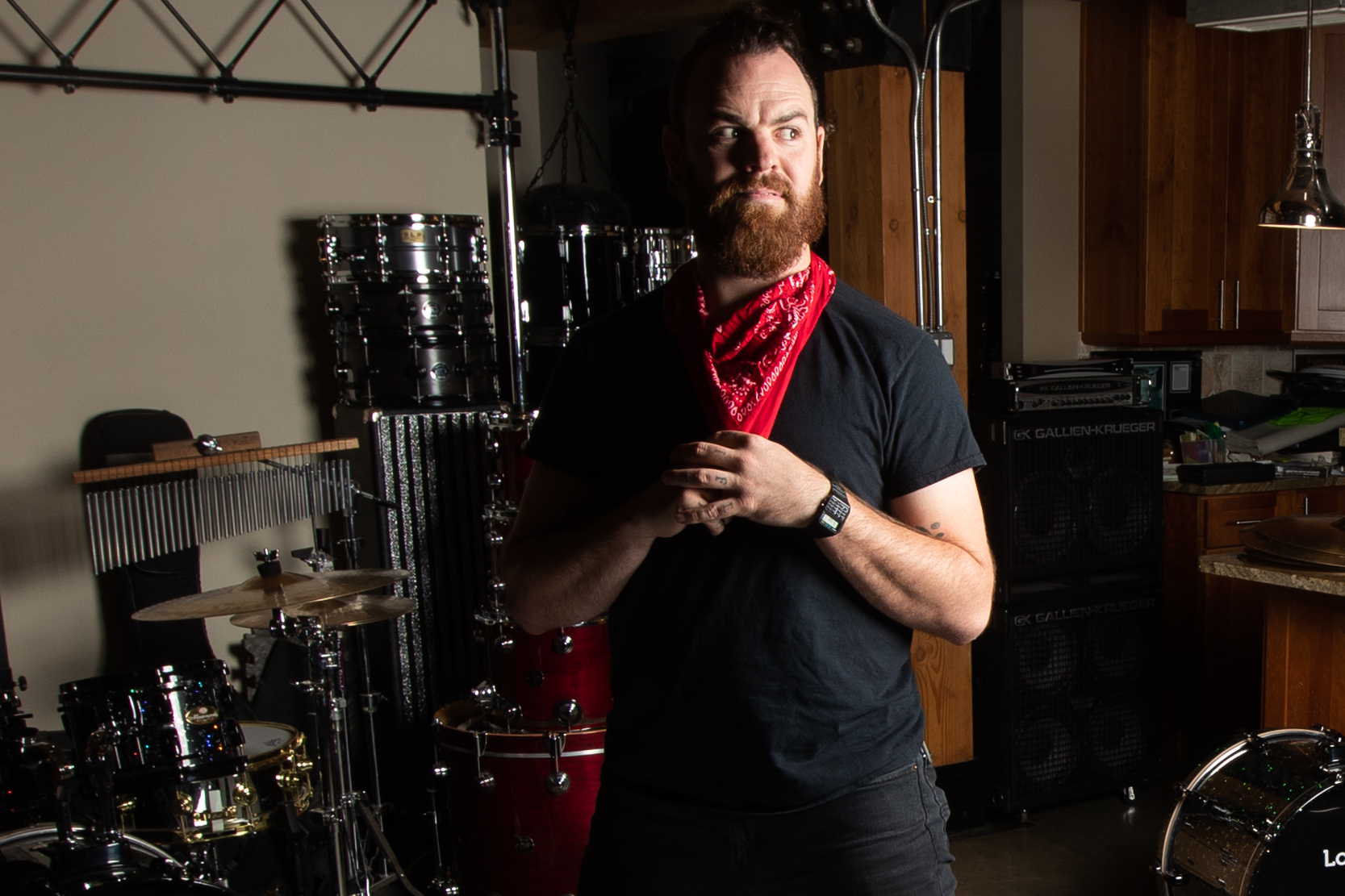 303: If you could create an orchestra where each instrument represents one of the basic human emotions, name a couple of instruments and emotions.

STH: I would say anger is the drums. And in my orchestra, I have a full-on drum set. I want Dave Grohl playing drums in my orchestra, you know. But also I think sorrow would be the woodwind section. I would definitely have a full-on choir, too. And they would range from sadness and depression to overwhelming joy and happiness because I think that that resonates so well. Probably the bass and altos would be super sad, but then the tenors and the sopranos would just be the light. I think that if I’m creating the piece in which they’re playing, it would be so frantic and all over the map. There would be moments of just really manic [music] where it doesn’t make any sense and I don’t think it should because you don’t have to explain anything that you’re doing to anyone. So just kind of let it happen.

303: Since this is a continuous series, we asked the next person the series to ask you a question, though they didn’t know who you were. The question is, “If you were going to die in a month with unlimited money, what would you do?”

STH: I would donate a majority of it after taking care of family and friends. I would want to take better care of our homeless and veterans. I would donate the remains to mental health centers all over the country. I would start a program in America which the BBC started recently as a crisis hotline for musicians and artists. There was an article published recently by BBC where they were talking about how they started a mental health support system for artists in the UK. I think that’s brilliant and the fact that we don’t have one here is baffling to me. To support organizations like Youth on Record who are paving the way for getting troubled youth and young adults off the streets and into institutions where they can learn music and produce music and make a change and tell their stories.

Oh, and I would buy out Red Rocks for a night and play as loud as I could with my band and charge zero dollars for tickets [LoDo Drum Guy claps].

Go here for more information on The Hollow and their upcoming shows.

All photography by Kyle Cooper and shot on location at LoDo Drum Guy‘s loft. 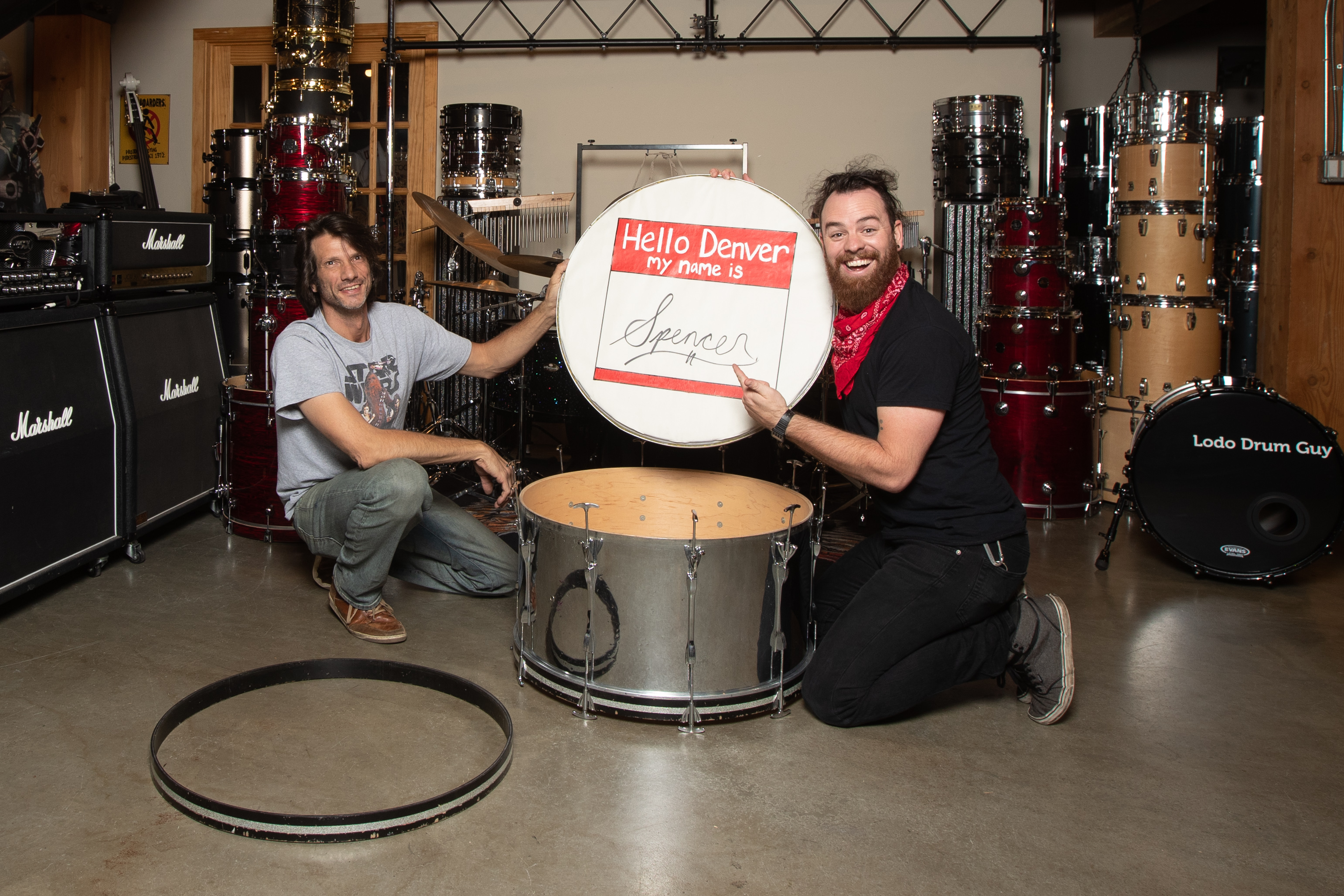