One thing that keeps coming up in conversations around the art scene in Denver is the cost of rent — a woe that has been felt by most artist communities in other cities around the world for many years. This problem has been felt especially in neighborhoods like RiNo and the Art District on Santa Fe, where art helped shape the neighborhood into a suitable and desirable locale for other businesses. But these tribulations are sometimes made more tolerable when victories for the creative community occur, much like the moving of Wonderbound — a contemporary dance company that has rented space on Park Avenue and Broadway for five years. On September 1, the move will bring Wonderbound from the familiar but too-small 1920s post office garage and into a different neighborhood. It also provides the possibility of a permanent setting for the dance group, who hopes to set down their roots deeper than ever before.

Wonderbound has made a name for itself in the Denver art community since its inception in 2007 with its innovative dance performances that always couple with live (and local) music. They’ve partnered with Paper Bird, Flobots and Ian Cooke, to name the more notable ones. This coupling of live music and choreographed dancing elevates Wonderbound’s performances above many other contemporary dance productions and falls in line with their goal of uplifting the community they create within.

“It will be hard leaving our neighbors and a place that is filled with fond memories, but the new space offers the potential of a permanent home,” explained co-founder Dawn Fay in a press release, “something that we have dreamt about for years.” The new location will be at 2535 East 40th Avenue, at the intersection of the Elyria-Swansea, Clayton and Cole neighborhoods. That move will take the company off the busy thoroughfares of Broadway and Park Avenue and put them in an area with schools, the Denver food stamp office and the Denver staple Lucero’s.

Garrett Ammon, the other co-founder, agreed with Fay, stating “[the old] space was a perfect fit for us when we moved in and it helped define Wonderbound’s identity, but we are a growing organization and our new home can accommodate the needs we have moving forward.” 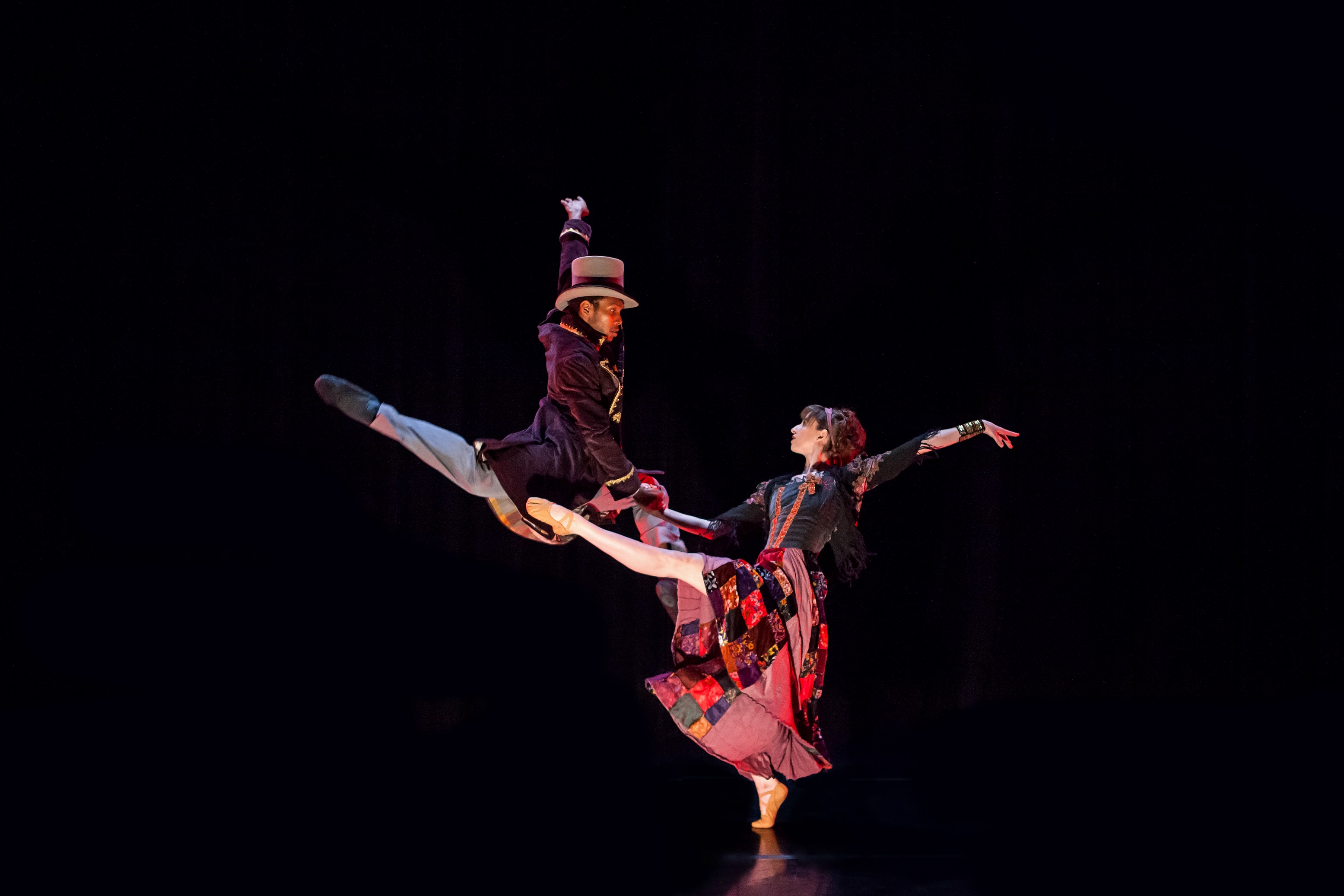 The Ringmaster and Fortuna Teller in Wonderbound’s, A Gothic Folktale. Photo courtesy of Wonderbound.

With help from their sponsors, Wonderbound will hopefully see more growth in the direction they’ve helped pave for the last decade, rather than find themselves outpriced from the up-and-coming area. This new move for the nonprofit comes as a result of an investment group led by Brooke and Tom Gordon, both of whom are “longtime advocates and supporters of Wonderbound” according to the press release.

As before, with the remodeled post office garage, Wonderbound’s rehearsals in the new space will be open to the public, should anyone find themselves curious. And if you aren’t curious, you should be because it’s not every day that a contemporary dance company in Denver garners enough community support to move into a bigger, better space. And for that, we consider this an incredible pas de bourrée in the right direction.