It’s already hard to find the right run club that fits you, but if you like consuming weed and running then Denver’s Runner’s High Run Club is a perfect match. It is Denver’s first cannabis run club and it meets right at Native Roots in Lower Highlands. Enjoy running along the Platte River, as well as ending with a burger and beer and a couple of goodies from Native Roots and Stratos. It is also completely free to participate and definitely a run club you don’t want to miss out on.

Runner’s High Run Club started with two companies, Native Roots and Stratos, who combined their love for running and weed into an after-work club. If you haven’t heard of Stratos before it is a company that created a line of pharmaceutical-grade THC, and CBD infused tablets. Many people (myself included) usually think that cannabis and running don’t go hand in hand. However, the cannabinoids in cannabis such as THC and CBD activate the receptors in the endocannabinoid system causing a “high” feeling, while running releases endocannabinoids into the body creating a runner’s high.

The Runners High Run Club offers two running routes: the Sativa route which is 4.20 miles and the hybrid route which is 2.10 miles. Both routes run along the Platte river and are basically the same trail, just the hybrid route you turn around quicker than the Sativa route. You will start at Native Roots in LoHi, where you will meet with everyone at 6:30 p.m. on Thursdays. Then once you have completed your run, there is an after party right next door to Native Roots, at Highland Tap and Burger, where you get happy hour prices for your meal after your run. 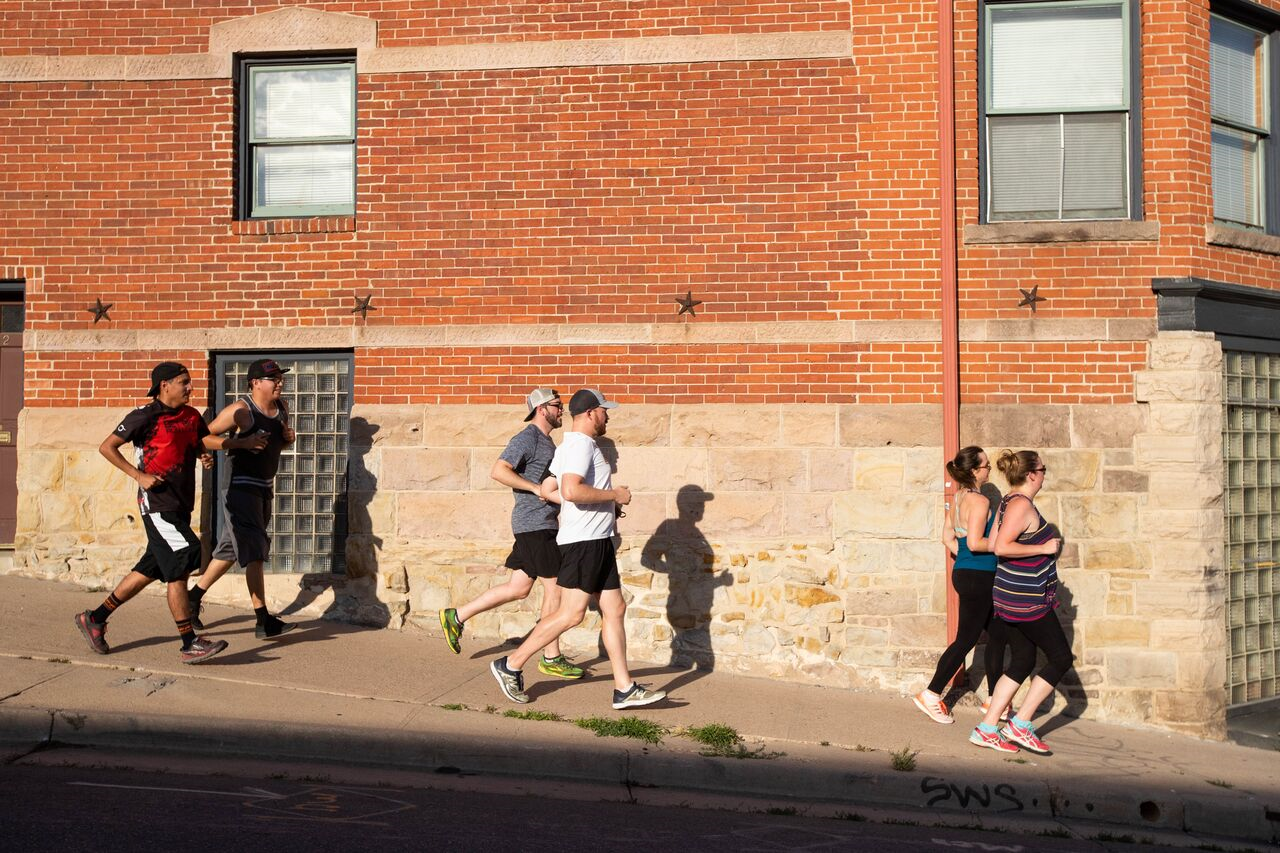 The run begins at 6:30 p.m., however for people that are new you have to arrive 15 minutes early in order to sign a waiver and have your I.D. checked — you must be over 21 to participate. After signing the waiver you choose which route you want to take, I personally chose to do the Sativa route. When you start the run it feels too easy at first since it is all downhill, but gives you a false sense that it is going to be an easy run. Running along the South Platte River is something I’ve never done before and I really enjoyed it due to the scenery. The people that are part of the run club are super friendly and try to talk to you while you run, so it makes the run go by faster. It is an uphill finish which was kind of hard but doable, and the fact that you have beer and a burger waiting for you at the finish line makes you want to finish quicker.

After you finish everyone grabs their goody bags provided from Native Roots and Stratos which includes a lanyard, stickers, and other miscellaneous items. You also get 25 percent off anything in Native Roots so you can get some goodies for yourself while you’re there. You then head next door to Highland Tap and Burger with the group for some good happy hour options. 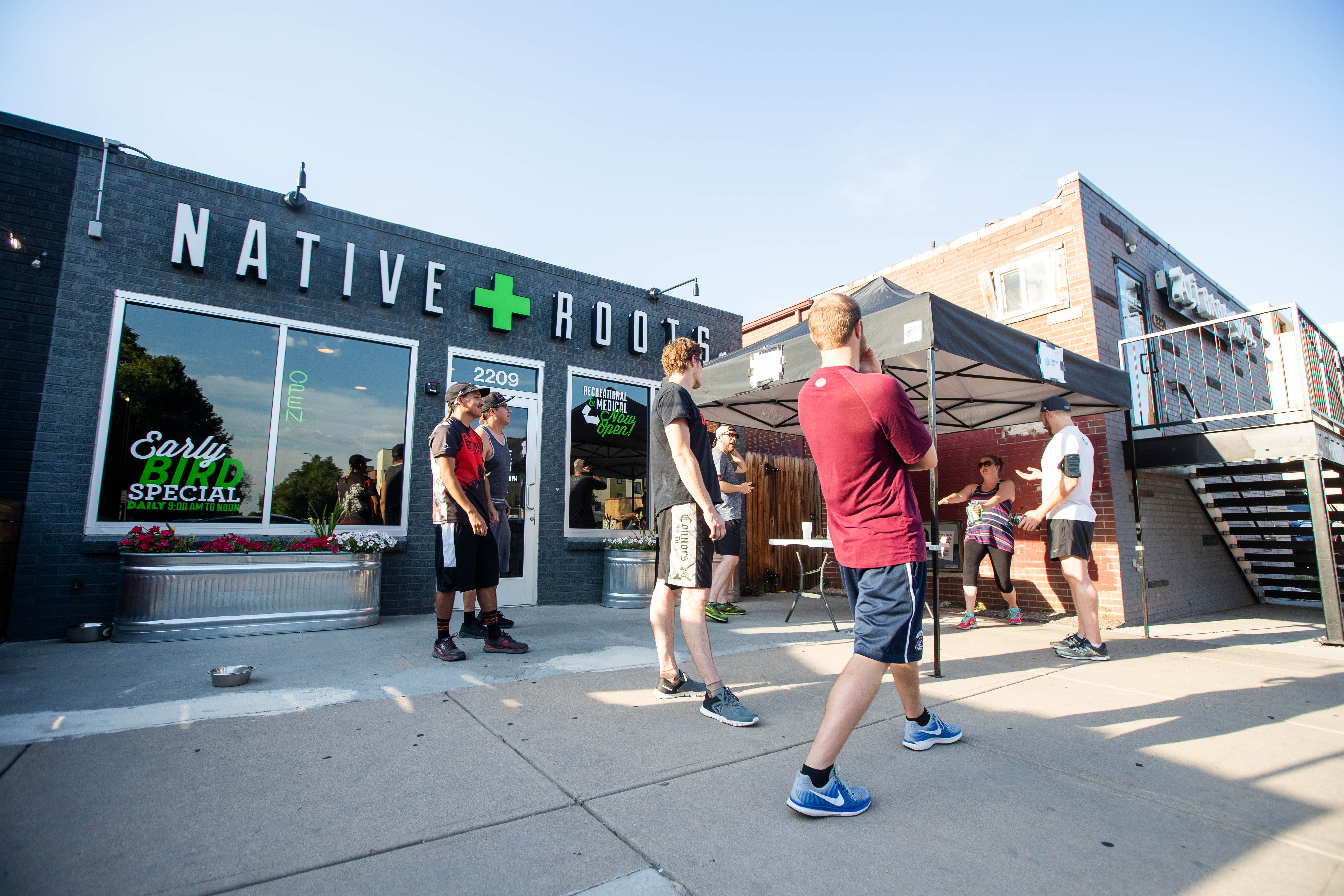 If I’m being honest, I barely smoke weed so I was a little nervous that I would be an outcast coming into the run club. However it was very opposite, everyone was very friendly and wanting to get to know you/make you feel welcome. The conversations were never, “what kind of weed do you smoke?” They were regular conversations that you would have with your friends. I also really enjoyed the route along the Platte river, and seeing Elitch Gardens. Due to the scenery it really didn’t feel that long, the only hard part was the uphill battle to the finish line. Since I really enjoyed not only the run but the camaraderie also. I do plan on attending upcoming runs.

Native Roots in Lower Highlands is located at 2209 W 32nd Avenue, Denver. If you would like to participate, register here.