Marilyn Manson and Rob Zombie are no spring chickens. On their Denver stop for the “Twins of Evil: The Second Coming Tour,” the two elder statesmen of horror inspired heavy metal played to a full, but not entirely sold out Pepsi Center crowd. Both have been at it a long time, and each around 50-years-old or just shy — Zombie clocking in at 53 and Manson 49. The remarkable staying power of each act was evident at last night’s show, as the artists continued their shtick, largely unchanged, to remarkably satisfying result. While both artists have released new music in the last couple years, their sets were filled mostly with classics. There’s a reason both bands have survived the industry as long as they have — they know how to play to their audience, giving them the hits and not tinkering too much with what they know to be a good thing. 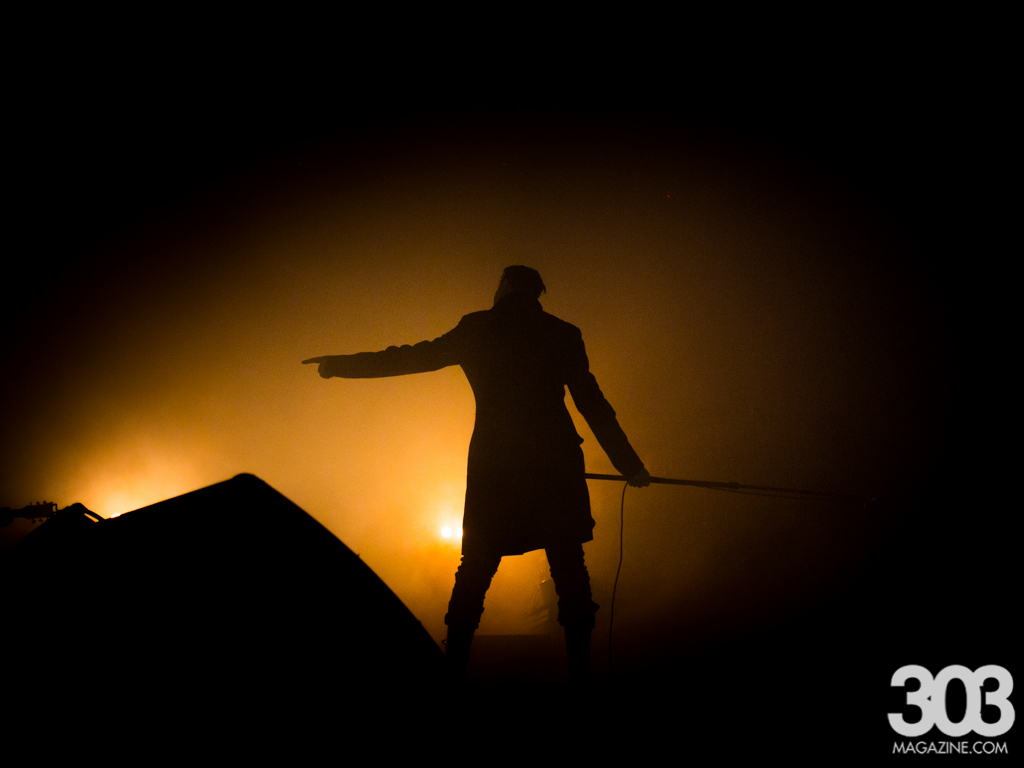 Marilyn Manson in 2015 at The Fillmore. Photo by Camille Breslin.

Manson hit the stage around 8 p.m. The notorious shock rocker was still a bit weak, having collapsed just the night before during a show in Houston. While he did his best to maintain his thrilling stage persona and villainous antics, his diminished state forced him to do much of the performance kneeling or leaning on the microphone stand for support. Despite his health difficulties, the singer — born Brian Hugh Warner — gave it his all and performed the entire duration of his hour-long set. The dedication was impressive, especially considering his 2017 injury at New York’s Hammerstein Ballroom — where he broke his leg after a mishap with a heavy prop. His vulnerability added an interesting aspect to the show — the performer’s larger than life persona has been integral to the group’s success. To see him obviously struggling wasn’t necessarily deeply unsettling, but in a show where death sits front and center, real concerns about mortality made it hard to glorify it without some reflection. 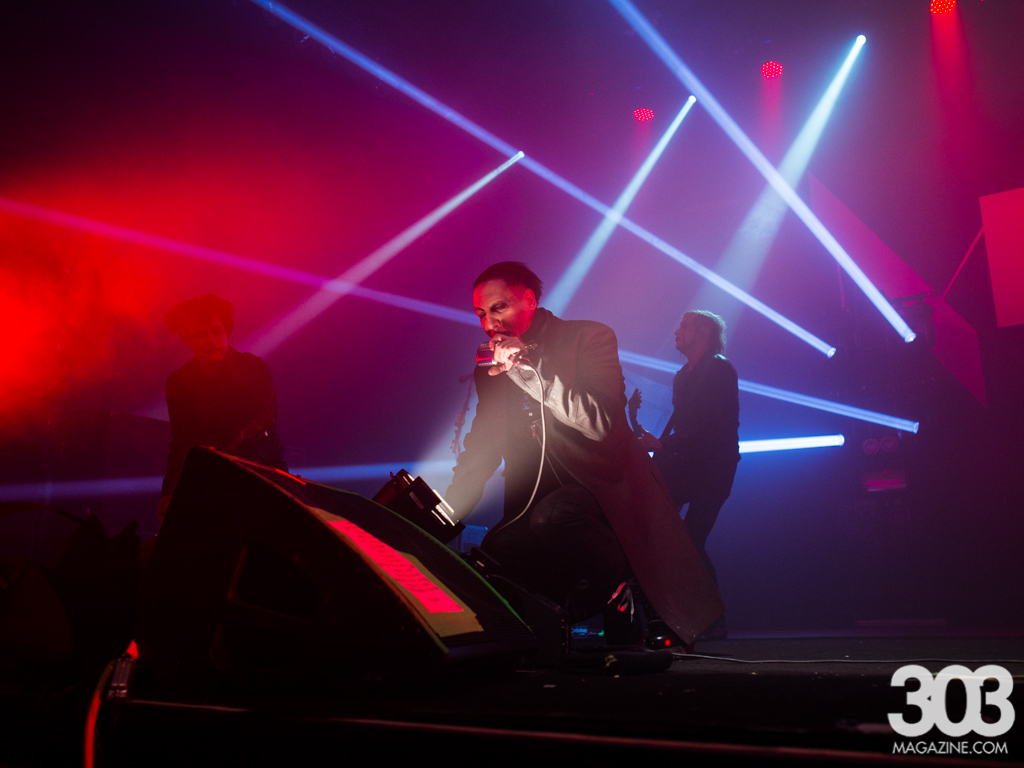 Marilyn Manson in 2015 at The Fillmore. Photo by Camille Breslin.

Zombie hit the stage dressed like a rodeo hero from hell. Clad in bell-bottoms, a jacket with oversized fringe and a cowboy hat propped neatly atop his wild dreadlocks, the former White Zombie frontman addressed the crowd with the ferocity and articulation of a Baptist preacher. Despite having been born in Massachusetts, Zombie growled out his stage banter with full southern inflection. Some of it made sense, other bits were a bit more cryptic. “Ever since Beatlemania, it’s the ladies that need the fuckin’ rock revolution,” he barked without much further explanation.

The imagery that accompanied the music was appropriate for Zombie’s aesthetic, though there was surprisingly little gore considering the man’s penchant for the truly unappetizing. A montage of creatures from classic horror cinema — Wolfman, Frankenstein and The Creature from the Black Lagoon — was joined by pentagrams, flames, aliens and ’70s porn. A 12-foot-tall Satan meandered around the stage for a couple songs, as did a slightly shorter alien with Wolverine-like claws. In addition to his classics, Zombie played The Ramones’ “Blitzkrieg Bop” and Alice Cooper’s “School’s Out for Summer” — a somewhat ironic choice considering that most Colorado schools resume session this week. Following the covers, Manson joined Zombie on stage for their cover of The Beatles’ “Helter Skelter,” images of a young Charles Manson filling the screens behind them.

After the cover, Zombie returned to the stage atop a giant, four-horned demonic effigy to play his biggest hit, “Dragula.” Even in 2018 the massive theatrics of both the song and the persona somehow managed not to become stale. While the music is undoubtedly dated to a certain degree and the camp elements are more glaring than ever, one would be hard pressed to ever call what the two groups are doing “dad-rock.” With any luck, all the involved performers will be able to keep their health and continue to spread their sinister vision for years to come.