It’s fairly easy to become sensitive to the grand appearance of something legendary — especially after almost 35 years of being dormant. Jeff Lynne’s ELO returned to the U.S. with resounding force and traveled through time and space to get here, with Denver being the third stop on their cosmic journey. If that’s not exceptional, then nothing is. People waited light years to experience something as momentous as this. After ELO’s break in 1986, no one knew if they would have the chance to feel unequivocally electrified again. This miraculous performance truly awakened the noteworthy sensation that anything in the world is possible and that dreams do come true. 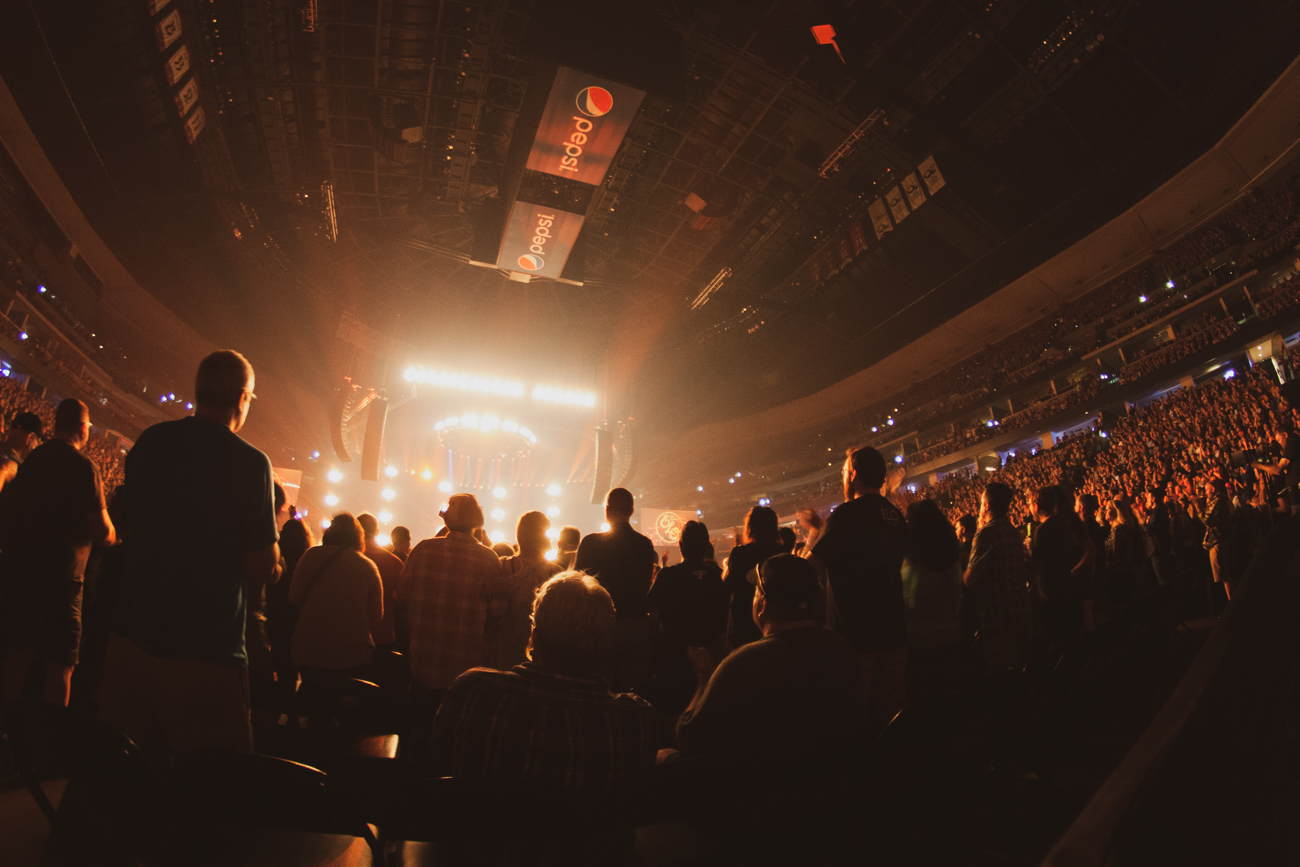 Folk-rock band Dawes joined the musical voyage and is igniting the eve of every ELO showdown on the tour. Their compelling style cultivated a fresh perspective for listeners far and wide. Seemingly exposing a storytelling essence, their sense of soul held powerful reverberation. The audience was visibly partial to the tracks yet believably unfamiliar with the group but quite enthused nonetheless. Their most recent album Passwords was a promoted staple in their display while tapping into previous songs to satisfy the hopeless romantics. Dawes perpetually wanted to relay ambiguous messages with their belting nature which felt like an illustration of life’s theme music based on overcoming hardships and battles. 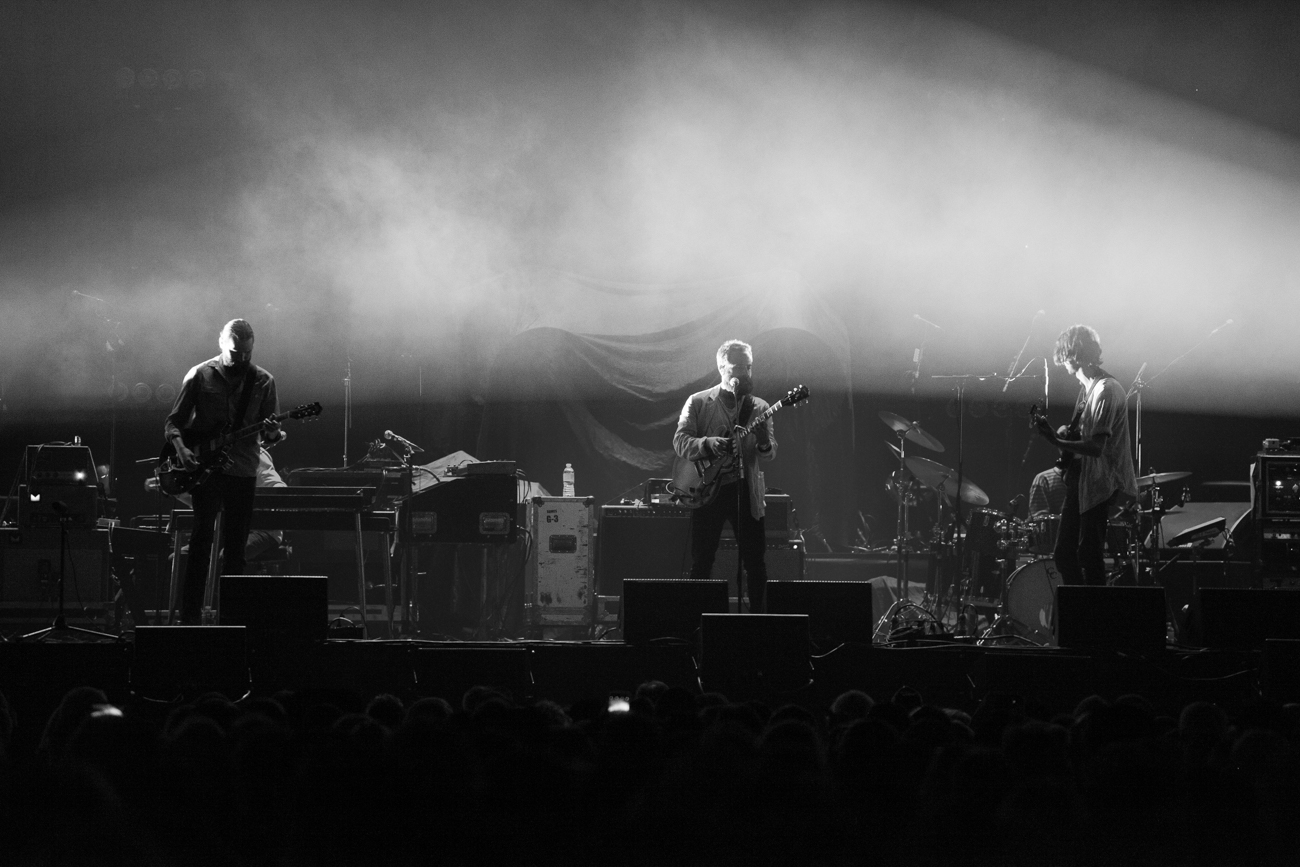 Following the unexpectedly pleasant opener was the world-renowned Jeff Lynne and his tantric ensemble containing a whopping 12 eclectic musicians. Lynne’s galactic shuttle and co-captain Mike Stevens penetrated the stratosphere and intoxicated the passengers who were all ready for take-off. Blasting into the night, “Evil Woman” embarked the historically monumental adventure into euphoria. Suddenly, the entire venue transformed into a timeless cosmic vessel. It’s believable that Lynne was orbiting the Earth in a time capsule before landing because his performance sounded solid and astronomically fossilized.

There was clearly a colossal amount of energy that had built up throughout the years which was thoroughly expended through tantalizing light projections. Listeners were utterly shocked at the heart-pounding performance which demonstrated astonishment for even Lynne himself. Without hesitation in between tunes, ELO made every livin’ thing hit home in the cosmos with classics such as “Can’t Get It Out Of My Head,” “Sweet Talkin’ Woman,” “Turn to Stone,” “10538 Overture,” “Shine A Little Love” and threw it back to “Handle With Care” from his glorified Traveling Wilburys moments. 1976 must have resonated with Lynne as a few songs from A New World Record were proudly featured in his arrangements. 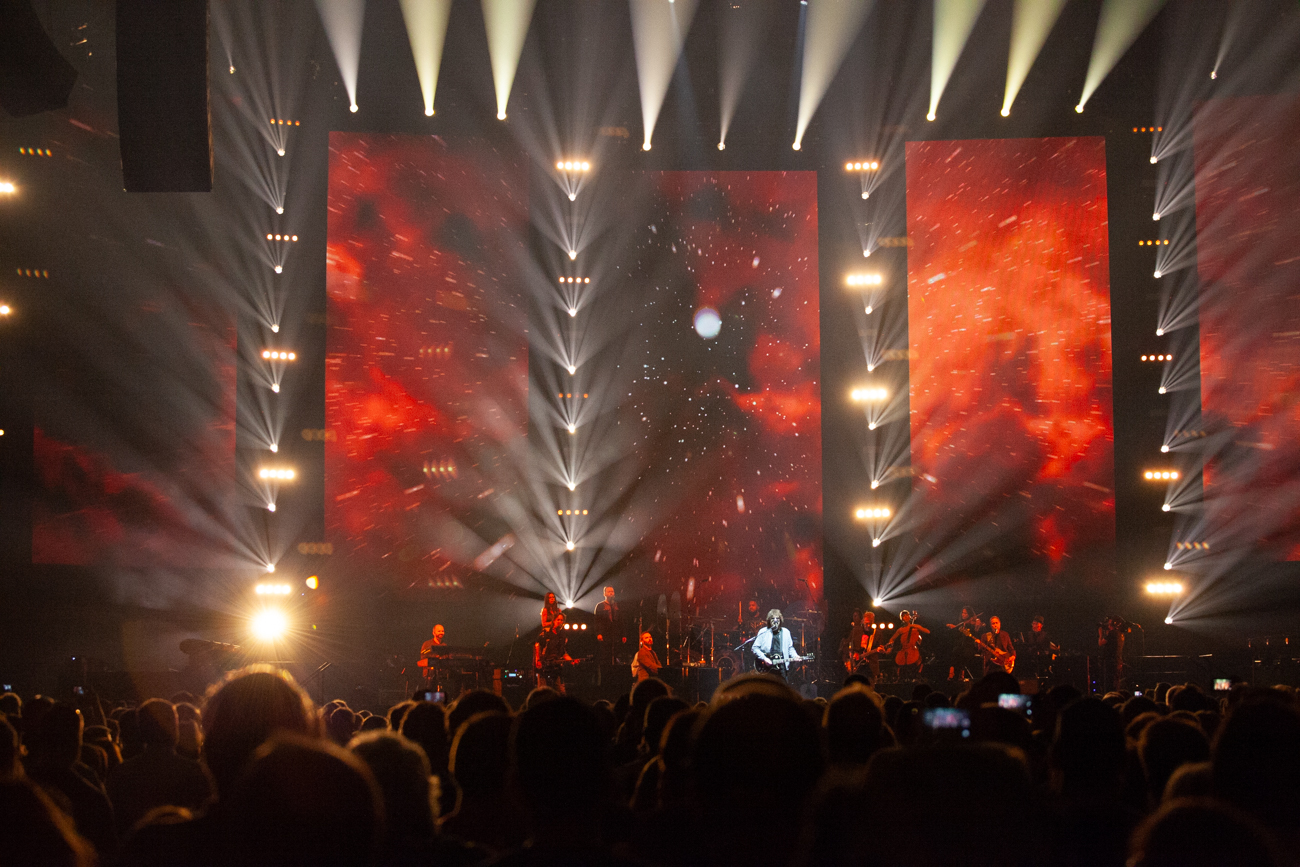 Every traveler propelled deeper into the symphonic rock void where orbs of reflective light evidently hypnotized the crowd — who seemed to be either standing the entire time in a stoic manner or sitting because it possibly meant too much to stand. Although viewers seemed enraptured by the performance, there was still a lingering expectation that they should remain less composed. ELO’s extraterrestrial presence painted an image of futuristic iconography complimented by classical arrangements and compositions. A designated hovering graphic spacecraft consumed the screen which also depicted the band’s historical video footage that carried you away to the previous planet where ELO was alive in the ‘70s. 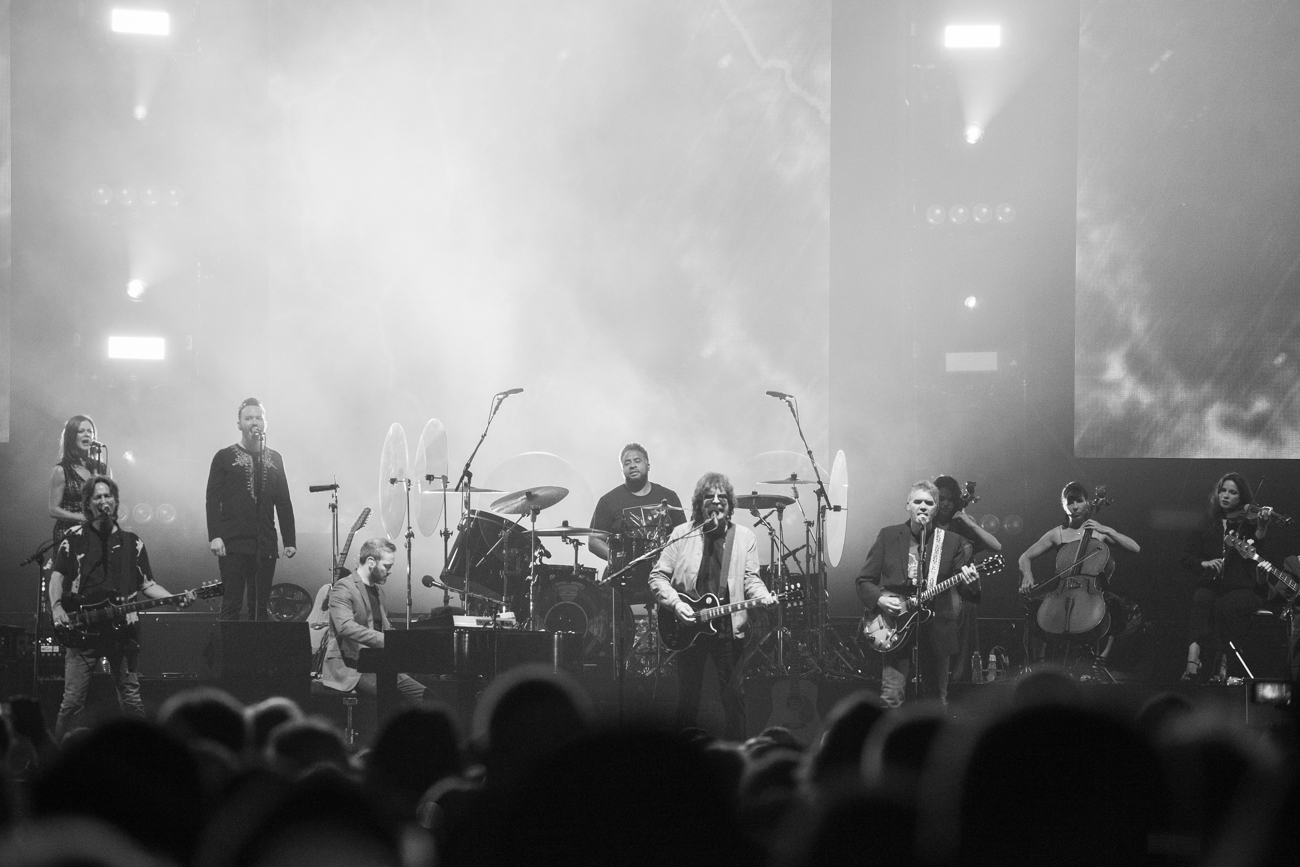 Towards the final nostalgic descent, the musicians expressed their deepest sentiments with songs from Lynne’s most recent album Alone In The Universe and almost ended the evening with one of his most profound songs “Mr. Blue Sky,” which is where it should have landed. After a space-shaking standing ovation, ELO returned to the stage to perform “Roll Over Beethoven” which sealed the night’s exploration through time. Throughout the years that have passed, the tears that have shed, the children that were born and the death we have faced — Jeff Lynne’s ELO remains alive and kicking.

All Photography by Zena Ballas