Get a Sneak Peek of Morin’s Innovative French Cuisine

Denver is not a big town for French food. There are a few excellent spots — Bistro Vendôme and Mizuna have been bringing classic fare for years, while newer joints like Coohills and Bistro Barbes have been updating the bistro tradition with widespread influences. So the forthcoming French spot from Max MacKissock, Juan Padro and Blake Edmunds — of Bar Dough and Señor Bear fame — opening in the old Wazee Supper Club space is an enormous treat. Not to mention the beverage program is being developed by Rino Yacht Club’s Mary Allison Wright and Mclain Hedges — a development that should have the city’s cocktail-savvy on the edge of their seats.

Morin’s cuisine will be decidedly original. The chefs intend to not be confined by bistro tradition, producing fare that will take as many cues from the movements in modern French dining as it does from their own experience innovating on various styles throughout their careers. The modern vibe will feature an array of French hip-hop and a casual atmosphere not entirely in contradiction with the upscale cuisine. The intentional juxtaposition of the chic and urbane with excellent menu items have come to be synonymous with the restaurant group — with Morin set to be the most lively yet.

Their decision to fill out the space of the old Wazee Supper Club has been a thrill for the many diners who felt that one of the best interiors in Denver was perhaps being underutilized by their former residents. The location’s two stories, complete with a dumbwaiter, are iconic. Morin will update the space to fit the vibe, but the bare bones will remain true to original, with the cozy upstairs continuing to be the crown jewel. 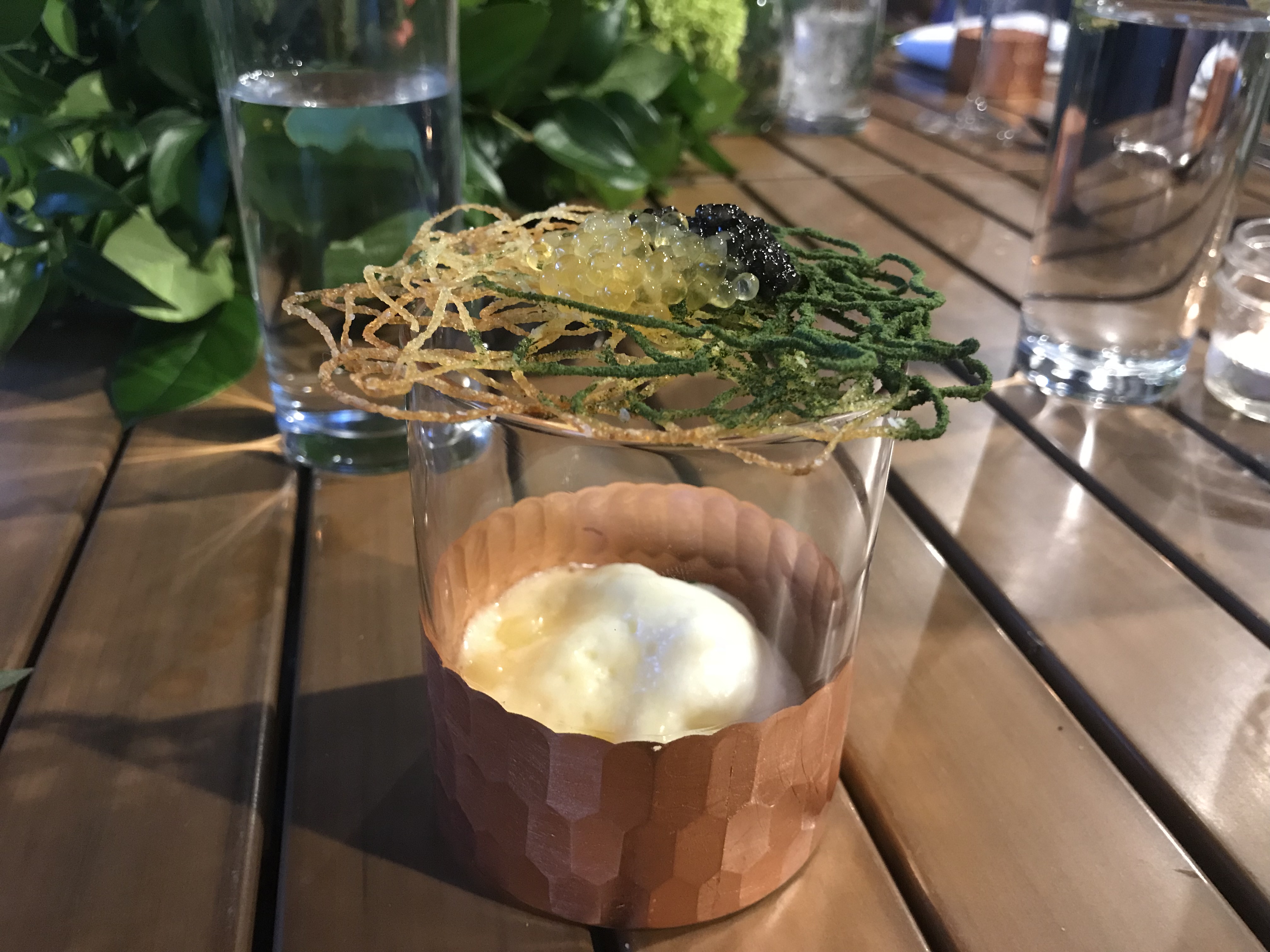 All photos by Colin Wrenn

The space will surely be intriguing, but it’s hard to imagine that even despite its history that it will be able to match the food. Featuring both a tasting menu, and a la carte selections, the food is set to be impressive. More traditional items like boeuf entrecote will be updated to feature many hours in the sous vide and an avocado bearnaise properly fit for the tender cut. Wilder items like the duck and foie gras terrine — made to vaguely emulate a bành mí — with nuoc cham, pickled crudite and milk bread, prove the chef’s versatility. The potato verrine — taken from an entire section of the menu dedicated to all things spud — is potato chip tuile, potato balls, mousse and caviar. What separates this dish is the preparation. The mousse and potato balls are served in a glass with the crisp tuile forming a lid on which the caviar sits.

Wright and Hedges manning the helm of the beverage program are just as important as the people in the kitchen. Wright will be in charge of wine, while Hedges covers beer and cocktails. As the owners of the RiNo Yacht Club and The Proper Pour the two have been making a name for themselves as some of the city’s more thoughtful and creative purveyors of all things alcoholic. Wright’s wine choices are particularly inspired, focusing on organic selections with sophisticated terroirs that perfectly match the food. The many involved parties are more than colleagues, most of them hang out with one another when not on the clock. This camaraderie will surely continue to inform the synergy after opening — the many elements of the meal combining with familial grace. 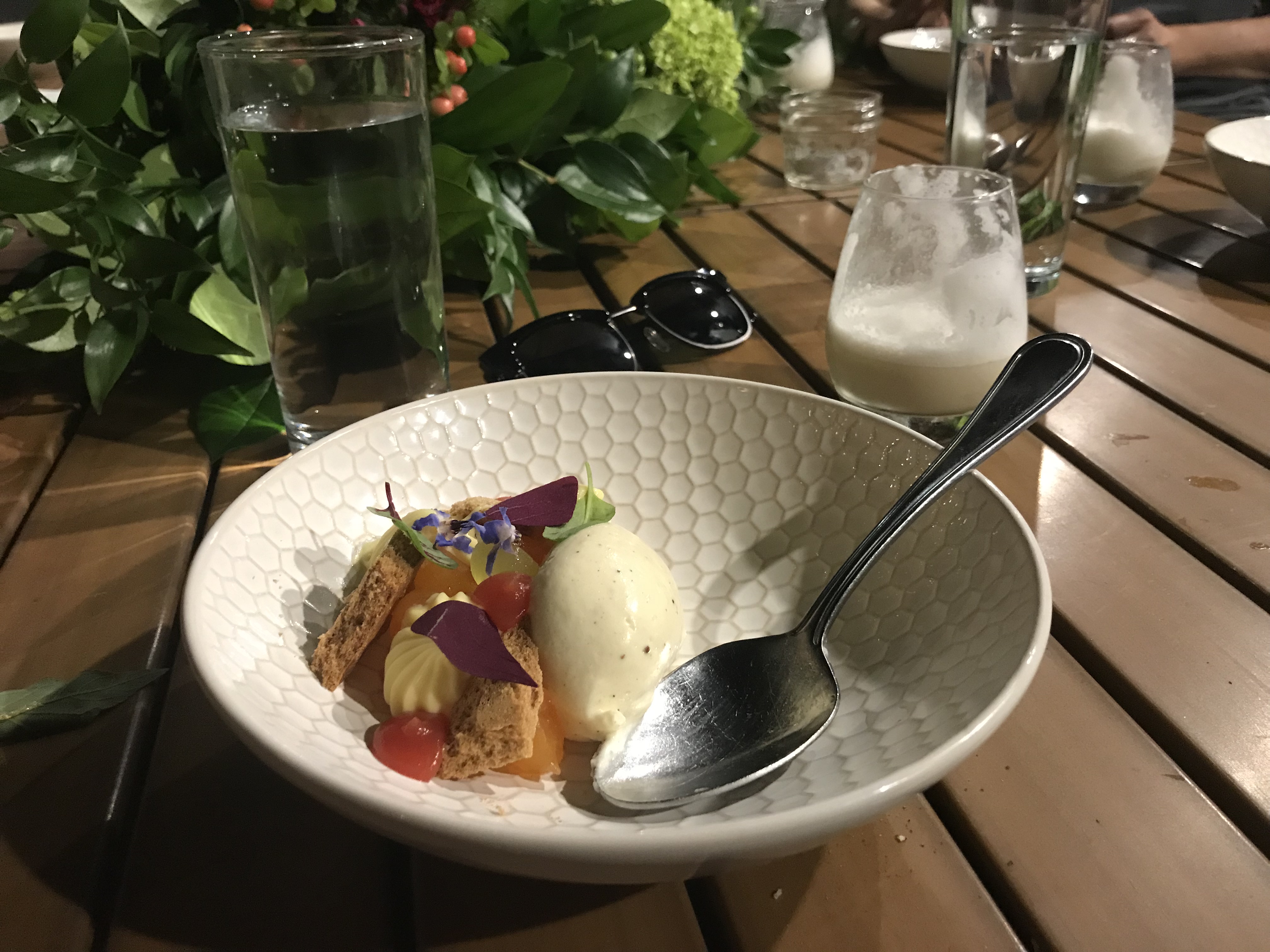