Denver has become a food destination. There’s no doubt about it. Zagat recently voted the city its “Fourth Hottest Food City in the US,” Top Chef filmed one of its most recent seasons here and it seems to be continuously attracting and cultivating an increasing number of award-winning chefs. So it’s no surprise that people are looking for new ways to explore all the unique things that our thriving food culture has to offer. If you are looking to kick your culinary adventures up a notch, or just try some dishes that are outside your normal comfort zone, one local food tour company is taking the reins to serve up curious diners exactly that. 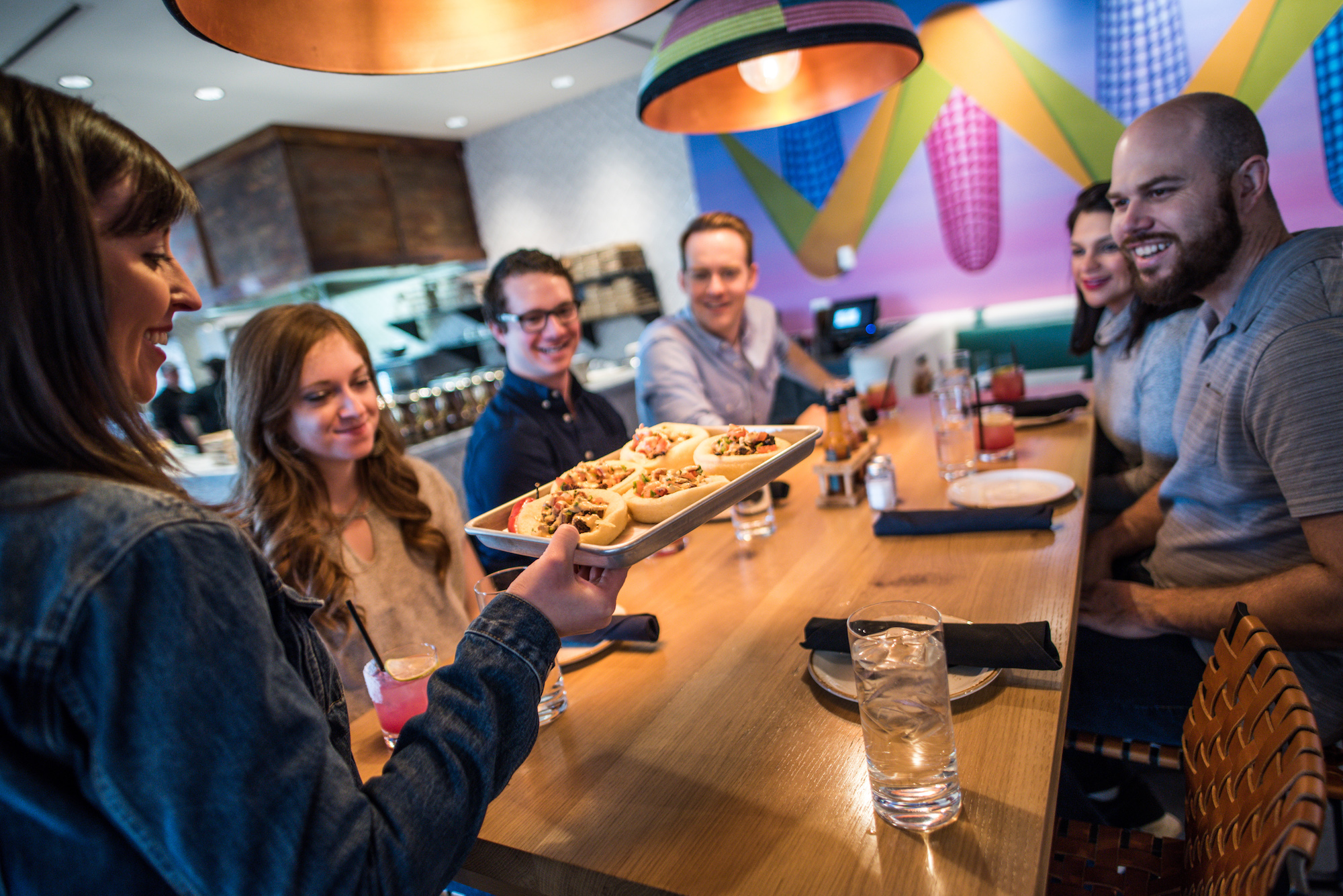 Delicious Denver Food Tours has been leading walking food tours for just a few months now but has quickly grown to become a food tour favorite. The idea sprouted from the culinary mind of owner and founder Jessica Baumgart, a self-proclaimed “passionate foodie” who started the tours as a way to introduce visitors, and locals, to all that Denver and its food scene have to offer.

Baumgart and her team of fellow food guides lead over 200 guests a month through the culinary backdoors of six local restaurants — two of which have won a James Beard award. Patrons get the opportunity to go behind the scenes to meet chefs, owners and learn more about what’s up and coming, tried-and-true and just plain out there in Denver’s affluent food scene.

These tours are great for anyone that likes to eat. Even if you have food allergies or diet restriction, Baumgart and her team have made sure there are equally delicious alternatives for those who graze vegan, vegetarian, gluten-free or even Paleo. And it’s not just the food that you’ll be learning about, Baumgart and her team have some of Denver’s best-kept history secrets and stories scattered along the tour as well.

The event lasts three hours and runs every day year round. The walk covers a multi-block perimeter that starts a stone’s throw from Coor’s Field and ends at Union Station. Don’t worry if walking — particularly in the extreme temperatures as of late — is not your thing, the tour covers a total distance of less than a mile through lower Downtown and the Ballpark neighborhood. 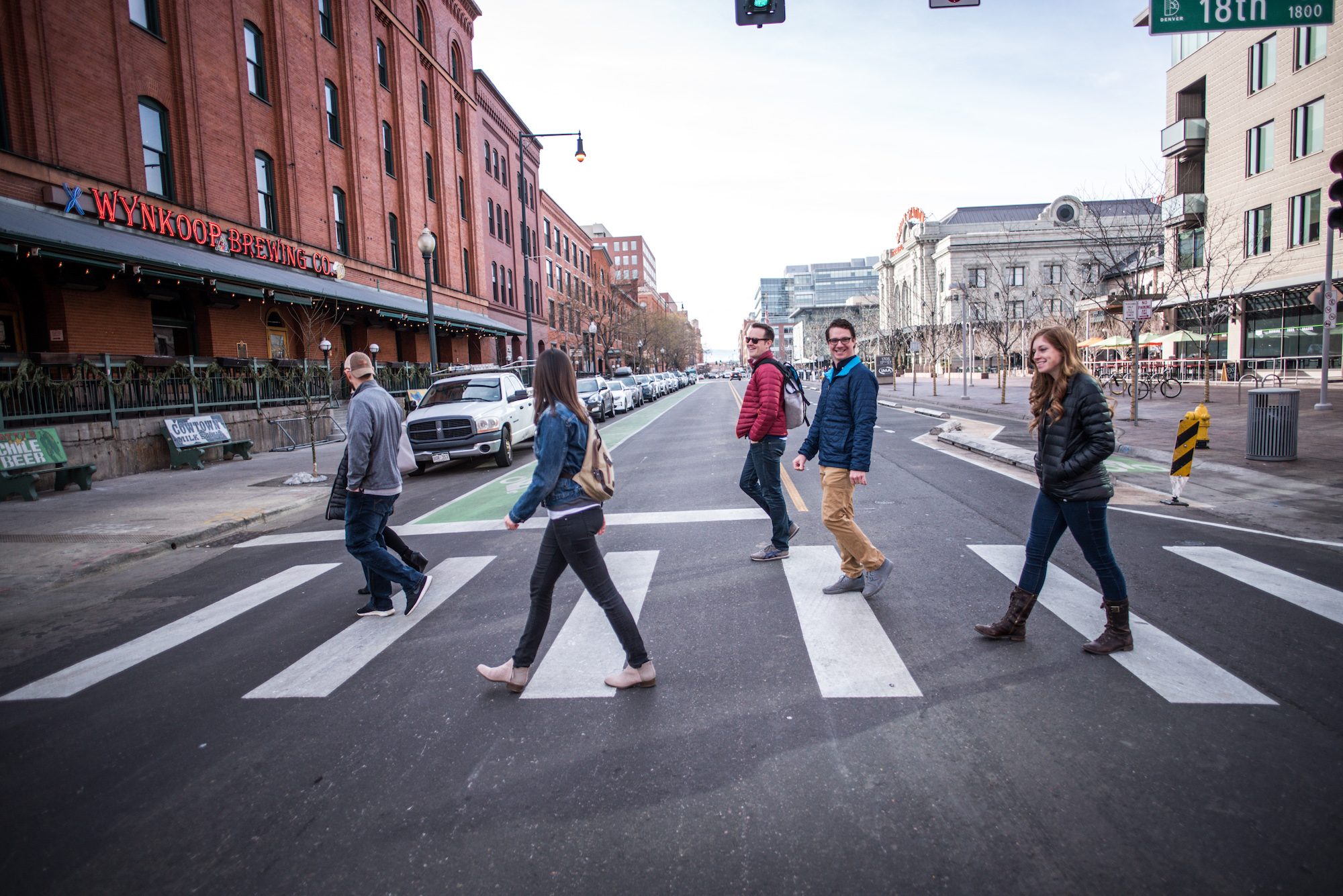 We tagged along with the guide of the day, Chris Iacono, for what turned out to be an afternoon stuffed with a little walking, some serious grubbing, a lot of knowledge, and a few more things to check off our food bucket lists. Here are the highlights from some of the things we tasted—and learned—along the way.

We started the afternoon off right with wood and coal-fired pizza and a shot of limoncello. Owner Mark Dym passionately walked us through the extensive, dedicated process his restaurant utilizes to bring Denver residents pizza that is AVPN certified, (by the Associazione Verace Pizza Napoletana), and simply outstanding.

For those of you who are not familiar, this is an organization that essentially acts as the godfather of all pizza and decides which restaurants are serving authentic Neapolitan pizza — meaning pizza made with ingredients that are actually from their dedicated regions, i.e. San Marzano tomatoes from San Marzano di San Giuseppe, Buffalo mozzarella from Caserta or Salerno in Campania, etc. Pizza godfather watching over or not, Dym is doing something right — the tour group was almost dead silent as we sat melting into our chairs with how good the pizza Margherita was. Dym later sent us off with wise words: “Treat the pizza like you would a beautiful woman — softly and gently.” Keeping that in mind, it was onto the next stop.

Stop number two on the tour already had some of us pushing our boundaries with its offering — “Pig Head Amuse,” from the Butcher’s Bistro, located just a stone’s throw away from Marco’s. Check any hesitation at the door, this nose-to-tail butchery and charcuterie tells things as they are and not as they seem. From their avoidance of “delicate” menu jargon — e.g. “Bison Balls” instead of “Rocky Mountain Oysters” — down to their decor- dainty signs adorned with phrases like “Our meat your mouth,” this is one place that is as in your face with their meat as they are with their humor. To wash it all down, we topped things off with a cold glass of local whiskey served with a lemon peel.

The name of our third stop may ring a bell if you’re an Anthony Bourdain fan. This establishment first made it’s famed appearance on Bourdain’s show, No Reservations, back in 2010. At the time, Biker Jim’s was just a food cart, but today has expanded to several brick and mortar locations. It was Jim Pittenger’s — owner and founder of Biker Jim’s — unique meats that caught Bourdain’s eye and what has made his locale a noteworthy stop today. Elk, rattlesnake and wild boar are just some of Pittenger’s more gamey meats that you’d be hard to find anywhere else.

For our dog, we tried the “Alaska Reindeer Gourmet Hot Dog with Classic Topping” — classic being Pittenger’s signature onions marinated in Coca-Cola and topped with cream cheese served a la cocking gun. Yes, you read that correctly. The hot dog was surprisingly not too gamey and filled with rich, deep meaty flavors. The group enjoyed the unique taste that the Coca-Cola brought out in the topping, a new level to caramelizing onions.

Location number four led us through the new Milk Market area to stop next door for a well-deserved house margarita and taco from Kachina Cantina. This restaurant is serving modern and Native American twists on Mexican and Southwestern fare. Our taster included the “Texan Navajo Taco,” a Native American flatbread topped with beef, chipotle aioli and charred peppers. A little heat and a little spice from the taco balanced out nicely with the refreshing, on-tap house marg.

Our next stop made an appearance as the backdrop for a full episode of the Bravo’s, Top Chef, which called Denver home for a season. Here we got some time to take a “break” from all the walking and eating and peruse the beautiful Mercantile Dining & Provision which is housed in LoDo’s Union Station. A little snack of a local sheep’s milk ricotta served with a slice of butter pickle atop a house cracker gave us a little taste of some of the curated meats and cheeses the establishment offers. After admiring the tucking and folding of handmade tortellini at the front of the open kitchen, we headed to our sixth and final food stop.

The sound of, “It’s perfectly acceptable to drink the chocolate, I won’t judge you,” floated over to our table at the lofty overhang at Ultreia. Plates of golden, crisp, cinnamon-sugar coated churros made their ways on little white plates in front of every guest. Next to each sat a small, silver cup filled with warm, liquid chocolate fondant. After a few drinks, the heat, and all the eating, none of the adults here seemed to disagree. For those who had gluten allergies, a cup of rose petal sorbet was served in place of the churros— light, dewy and sweet with summer flavors.

This was the last stop on our afternoon of eating and learning, and although most of us felt we had eaten enough to hold us over until breakfast the next day, the time-old saying held true—there’s always room for dessert.

From classic favorites like oven-fired pizza and spicy tacos to those dishes that push just shy of the comfort zone — pig head amuse or “gamey” hotdogs — Delicious Denver Food Tours dished up the good, the weird, the tried-and-true and the something-news. If you are looking for that next culinary adventure be sure to check them out. We recommend coming with an empty stomach, an open mind and a large appetite.

And if drinking is more of your plan this summer, be sure to check out their cocktail tours as well — five tastings, two hours, and an insider view of some of the city’s best bars. 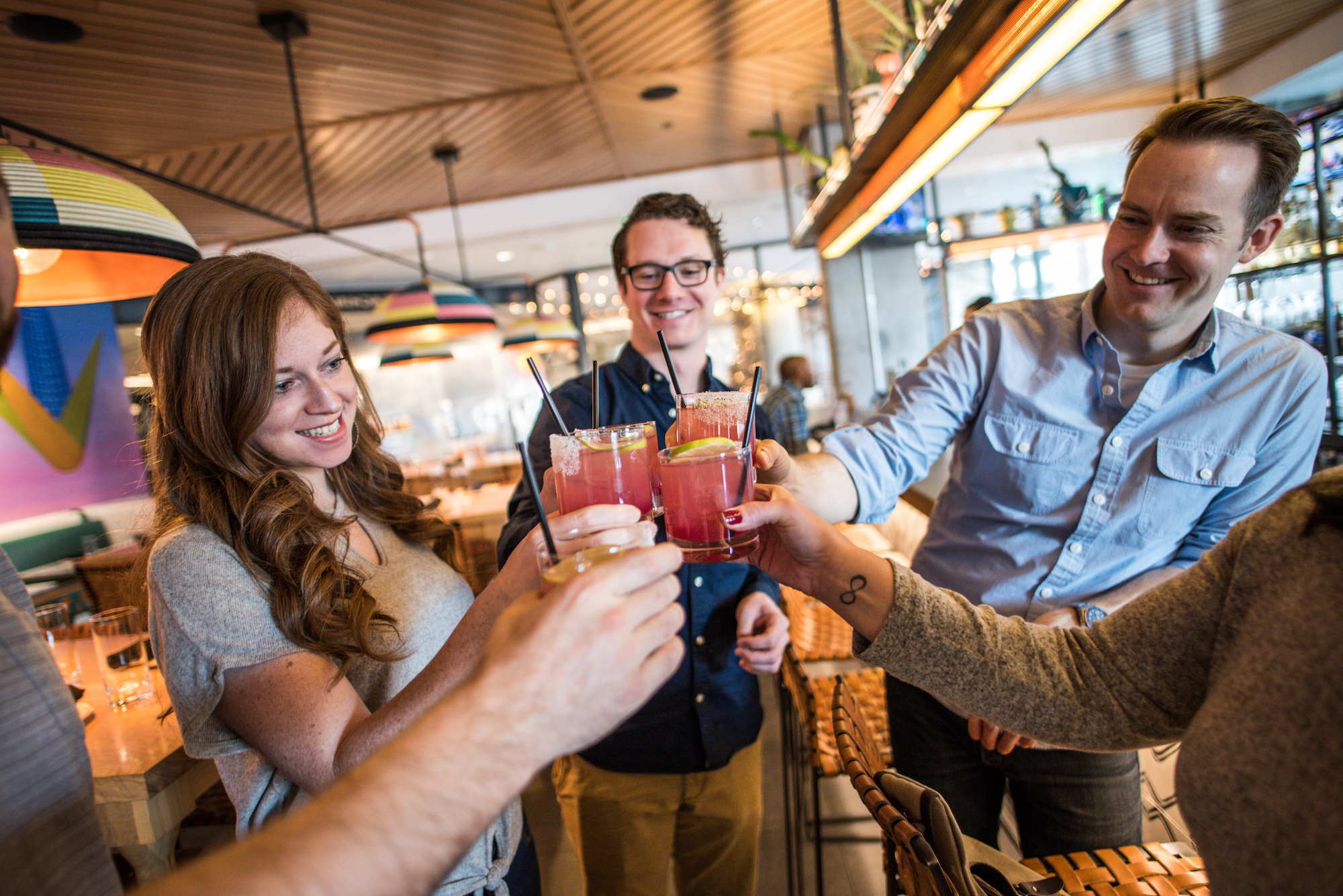