It’s July in Denver, and that means that the temperature is only getting hotter and you’ll need new music to cool down at the pool with or to listen to while 0n a summer road trip. We have new music from Denver favorites like StayLoose and Kayla Marque and from up-and-coming locals to check out like Rotten Reputation, Ramakhandra and Elle. You can decide which you think is hotter Denver in July or the new music from these locals.

Rotten Reputation is a fem punk band from Denver. Their latest EP Castration Station dropped June 20 and it is sure to make you want to punch-dance, headbang and get rowdy. If fast guitars, rough feminine vocals and punk fashion are your thing then you’ll want to give this badass group a listen. Find the band here.

Ramakhandra is an experimental, fusion band from Denver. They are a blend of a myriad of instruments including a pedal harp, bass, drums, synths and vocals that create a sound that is truly unique to them. Their music is perfect for closing your eyes, sitting back, smoking a blunt and vibing to. Find the band here.

Spirettes are an all-women pop-grunge band in Denver that throw you back to the ’90s. The band are a mix of ghostly production, heavy guitars and emotional lyrics. Watch out for them at this year’s Underground Music Showcase. Find their music here. 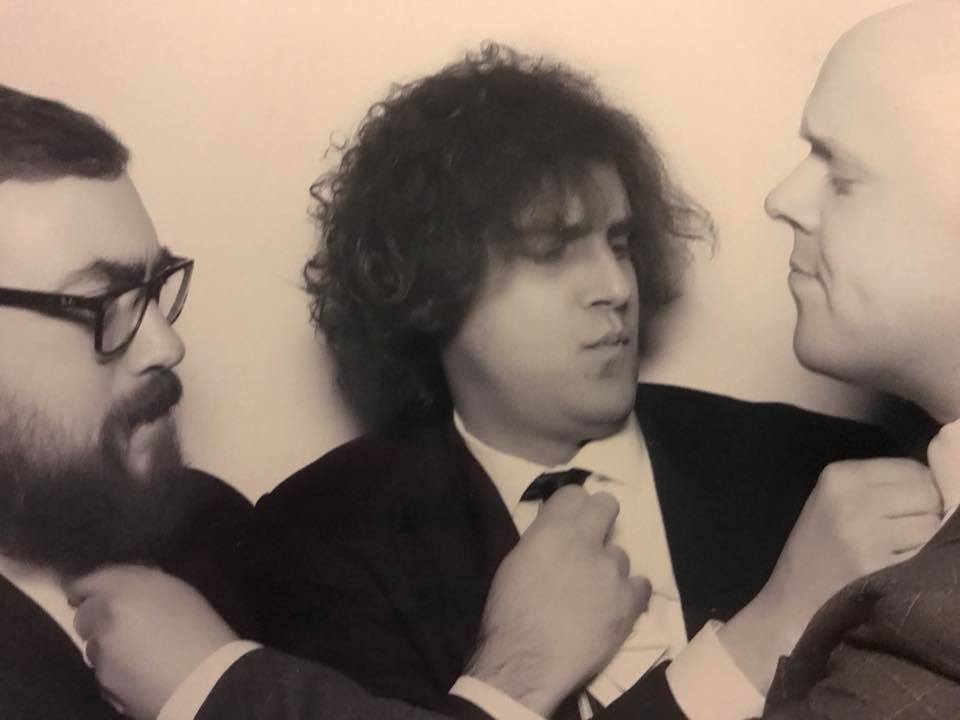 Major Glen is a rock trio based in Denver. The band just released their debut album Major Glen with five songs that will suit your rock needs. The lead singer, Barrett Ward, plays with his voice like in songs like “The T A” will catch your attention if the fun bass-heavy intro doesn’t. Check them out here. 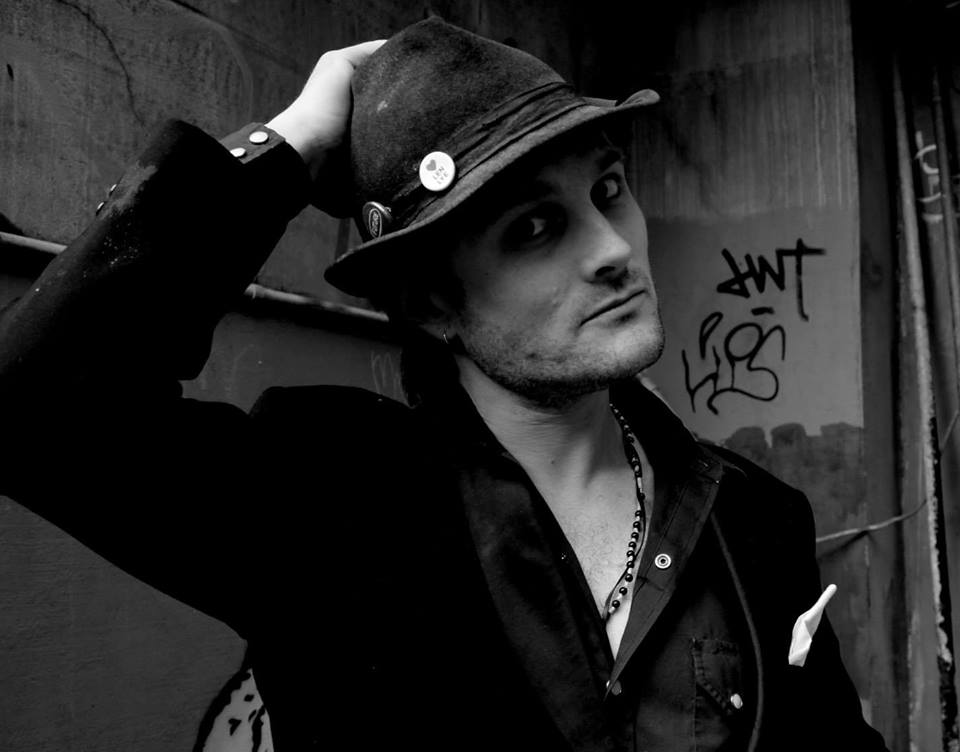 Callum Gentleman is a folk-blues singer with a dash of country sprinkled into his music. The singer is originally from New Zealand but he has just moved to the United States and is now based in the Mile High city. His latest EP titled Smoke is set to drop in early August so find his latest single to hold over until then here.

If you need caffeine to get you through your day, then you’ll definitely enjoy this little love ballad about coffee from Aural Elixir. The video for “I Like Coffee!” was in NPR’s Tiny Desk Contest for 2018 and highlights singer, Jesse Maclaine’s soft and jazz-folk voice along with unique percussion like cans, glasses and barrels. This video is sure to brighten your day with the upbeat piano, Mclaine’s infectious smile and the fun-going bloopers at the end. Find the band here.

Elle is a local Denver rapper who just dropped a video for one of his freestyles. A lot of mainstream rap and hip-hop music focuses on the glitz and glam of coming up in the industry, but in Elle’s video he shows a more human side. Though he raps with confidence and smoothness, the video focuses more on the fact that he’s hanging out with his friends at a baseball field just enjoying his time and smiling and laughing and still practicing his craft. Find his music here.

Decatur is an alternative rock band from Denver with an unexpected Latin flare. Their music video for “Shadows” is like something you might see in a Buzzfeed video because it incorporates a recipe alongside the band’s edgy song. The video starts out like any lovely dessert recipe and then takes a turn for the worst when the baker decides to throw in some questionable ingredients like dog food, baked beans and cheese. Find them here.

Take yourself back to 1980s glam rock with Love Stallion’s “Slow Release” music video. The video has visual effects to look like its shot from one of those old school handheld cameras from back in the ’80s. The band are all dressed in leather pants, have big teased, and the song has powerful riffs and melodic hooks comparable to White Snake and Def Leppard. Find the band here.

Seven Sea Voyage is an emo-rock band from Denver that combines melodic singing, harsh screams and heavy drums. Their video highlights the wide array of emotions that come when you feel like you have lost everything. Throughout the video we see three characters going through painful times in their lives and coming close to ending their lives, but as the energy in the song shifts, we see the character find the strength to keep living because of the help of those closest to them. Find the video here.

Kayla Marque — “Fold In Half” 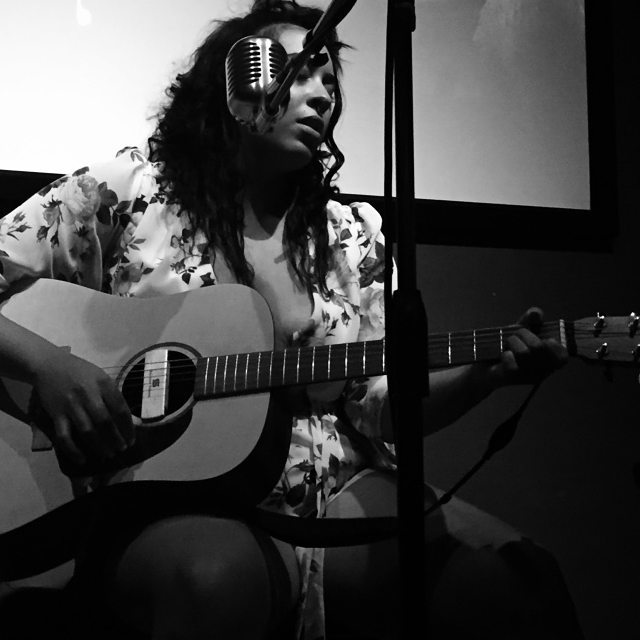 Kayla Marque is a local favorite who has been hinting at new music for the past few weeks, and she has delivered a new single that has been worth the wait. “Fold In Half” is an emotional song about holding on to love, heartbreak and the emptiness of lost love. This new song mixes Marque’s R&B voice with some new elements like subtle electronic beats and synth voice distortions for something truly refreshing. Find the song here. 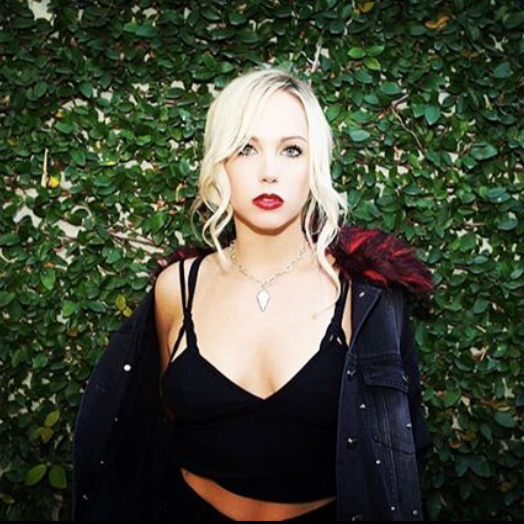 Danni X is a pop singer with an unapologetically sexy, strong and sultry voice. Like the title implies, “LU$T” is a song unleashing the singer’s intimate desires. If the intense July weather isn’t keeping you hot already then this catchy, pop song definitely will.  Find the song here. 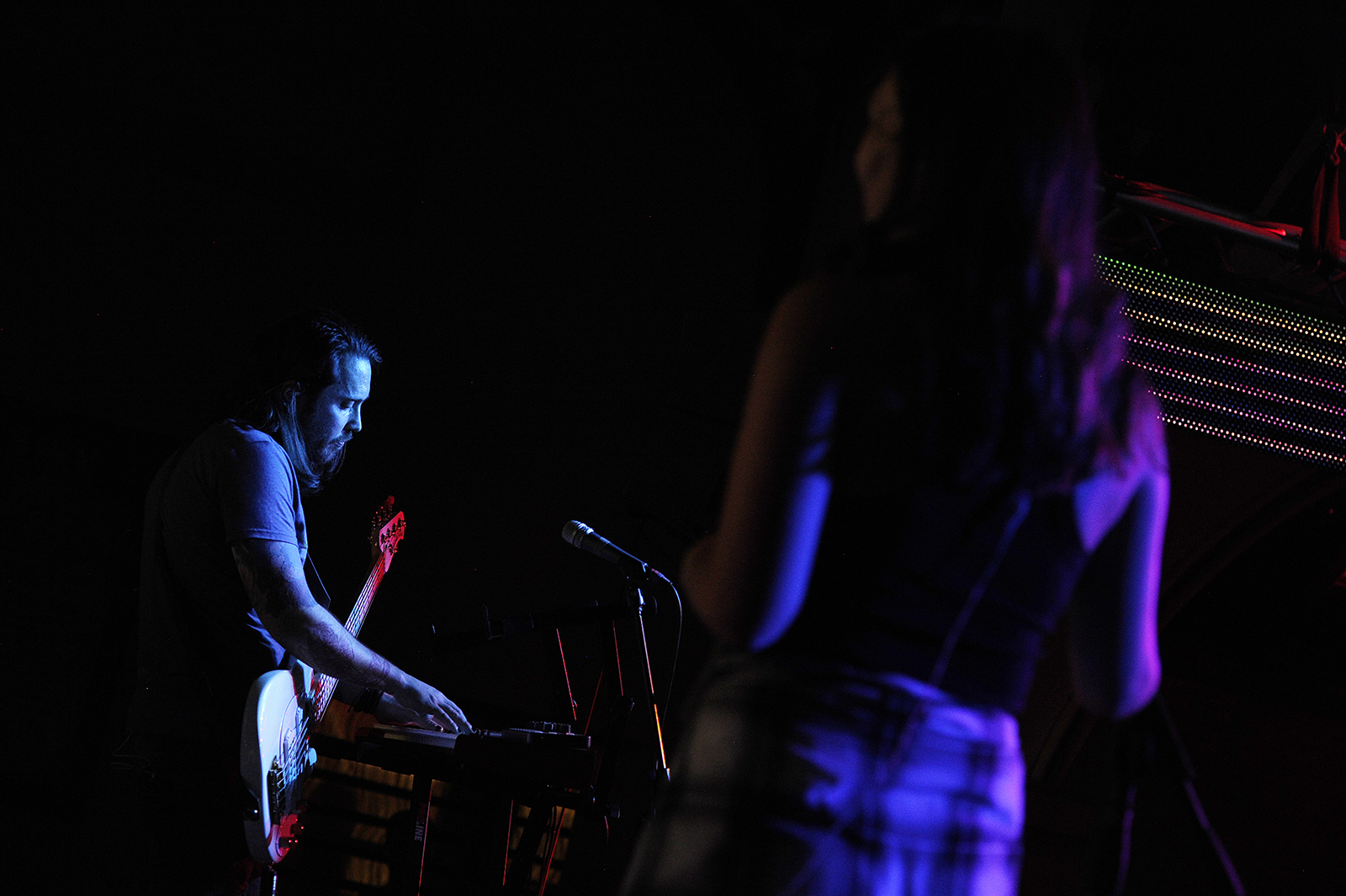 StayLoose is an electronic artist and musical favorite at EDM festivals across the nation. His choices of mixes, beats, instrument incorporation and vocals are unique in a genre that is dominated by heavy bass and synths, and his latest song “Hey Mama” proves his distinctive sound. The catchy whistles that start out the song combined with the empowering lyrics will have you dancing to and singing along to by the time the song ends, and you’ll probably think about giving your mom a call or a hug the next time you see her.  Find the song here.

déCollage — Womb Of The Dawn 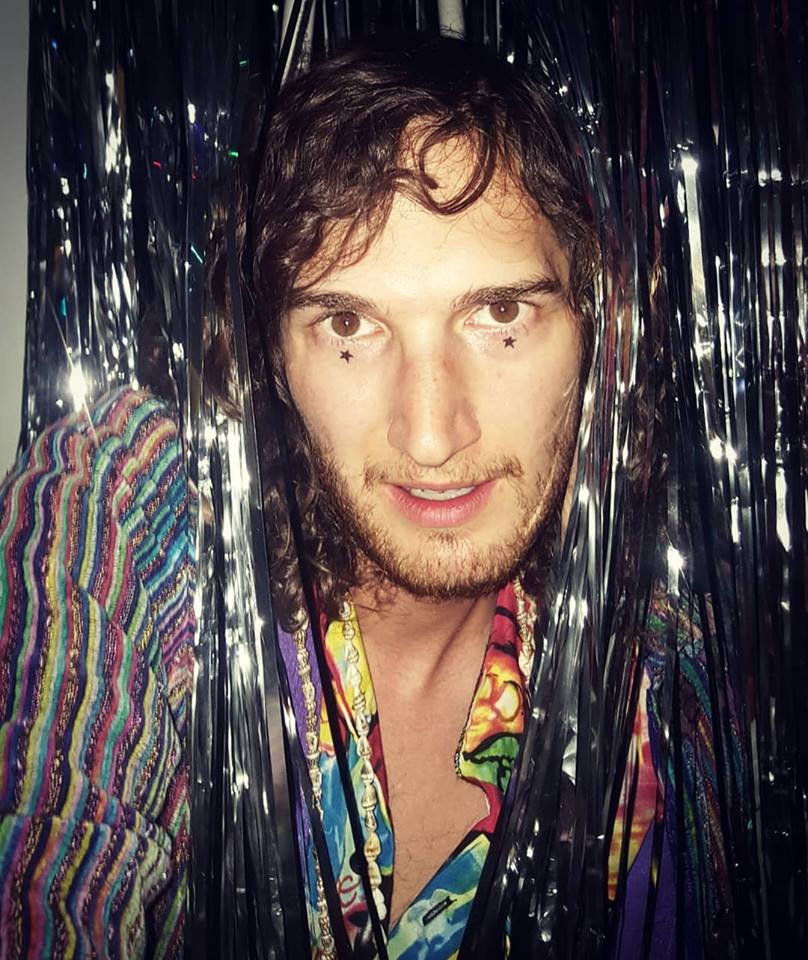 DéCollage call themselves a kaleidoscopic avant-pop band creating space for imagination, and they have just released their first single in two years. “Womb Of The Dawn” is a bouncy, bubbly and underwater-y dance song. The song is similar to a video game theme song, is energetic and has one-of-kind production and vocals and synths. Find the song here. 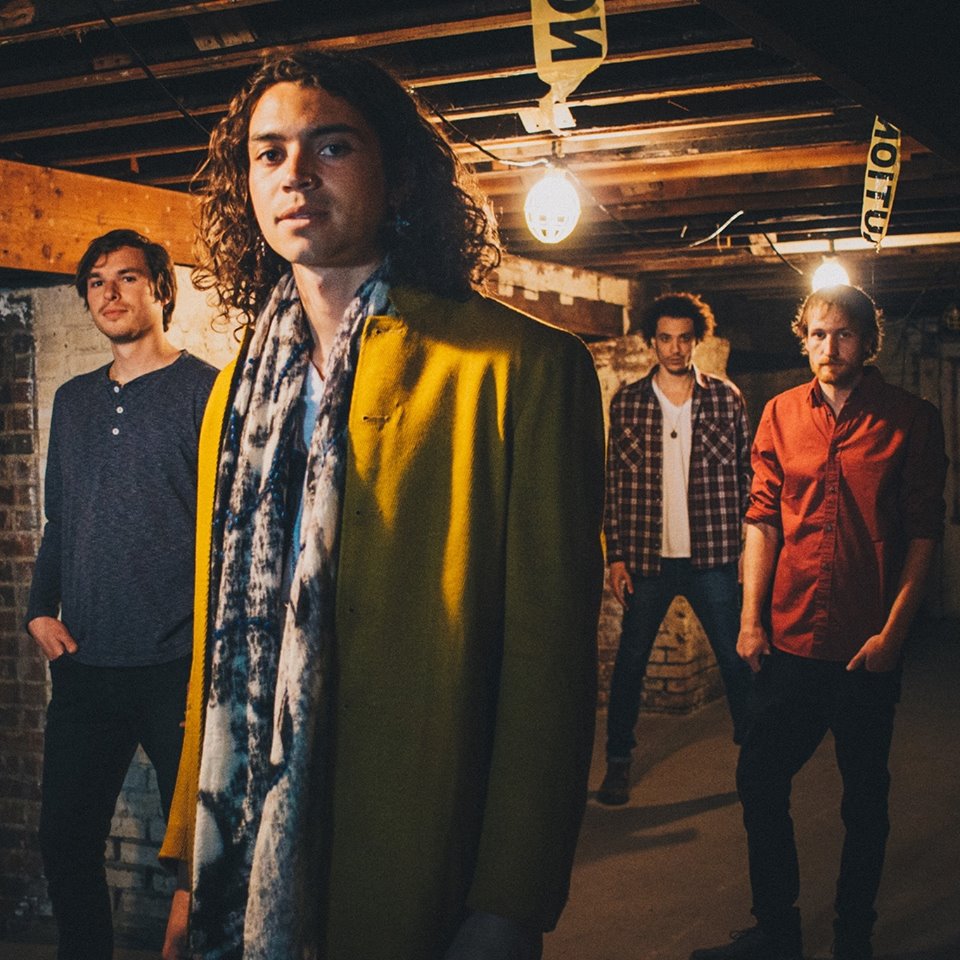 Dream feed is a funky, alternative rock band from Denver. If you like long bassline intros, loud riffs and powerful guitar solos then you’ll definitely want to check this song out. “Sun and Moon” is something you’ll want to vibe to, pass a joint around to and start a jam band to. Find the song here.