Catching up with Chef Daniel Asher before Slow Foods Nations

With the three-day Slow Foods Nation festival kicking off this Friday, chefs around Denver prepare to feed the eager crowds. One of those chefs is Daniel Asher — culinary director of Denver restaurant Acreage, executive chef/founder of EcoChef Culinary Services and chef/partner of River and Woods in Boulder. 303 Magazine got to catch up with chef Asher as he prepares for Slow Foods this weekend.

READ: What We Learned at Slow Food Nations 2017 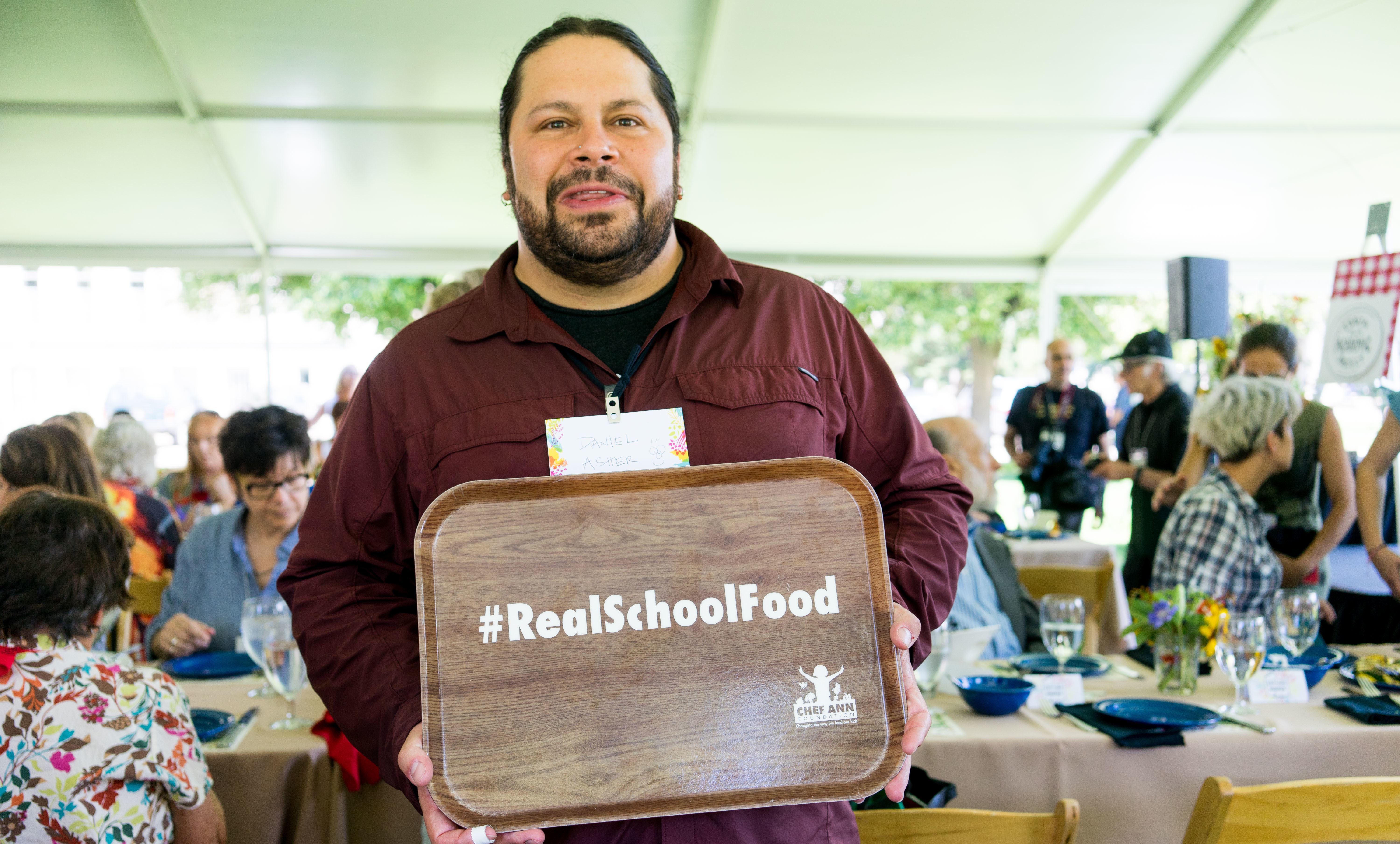 303: How did you first learn to cook and when did you know you wanted to become a chef?

Daniel Asher: My first inspiration would be my mom. I grew up with my mom being very much into sustainability, growing her own food and making things from scratch. She’s amazing in the kitchen and I think from a pretty young age I found the smells and the activity in the kitchen to be pretty mesmerizing. I wanted to hang out in there and learn more about it. By the age of seven I was by her side helping her make dinner and observing what she did, and it stuck with me. I was captivated by the whole experience of cooking and transforming ingredients. By the age of 11 I was cooking dinners for the family one night a week and by 14 I jumped into my first commercial kitchen.

303: How has working in Colorado been beneficial to your career and your passion?

DA: Things like sustainability, organic agriculture, the local food system, the local food movement, land management and organic agriculture are all easily explored here. There are a lot of amazing people that are deeply engaged and passionately dialed into many different elements of a thoughtful food system. To be able to work amongst that expression makes it so much easier to do the work that I’m trying to do.

303: How have things like sustainability and local agriculture changed in the Colorado food scene since you first arrived here?

DA:  There’s been a large shift in consciousness in general, not just in Colorado. In the United States, there’s been a shift in people wanting to know where their food comes from and being connected to simpler times. People now have the opportunity to have their hands in the soil. People want to bake bread again from scratch. People want to make soup. People want to find out who is growing their beets. That evolution in consciousness is a return to a previous lifestyle where things were a little bit simpler. There is a beautiful craft in that and a beautiful process that is very natural. It involves time, patience and anticipation. It’s an important moment in time and its important moment in the consciousness of America. 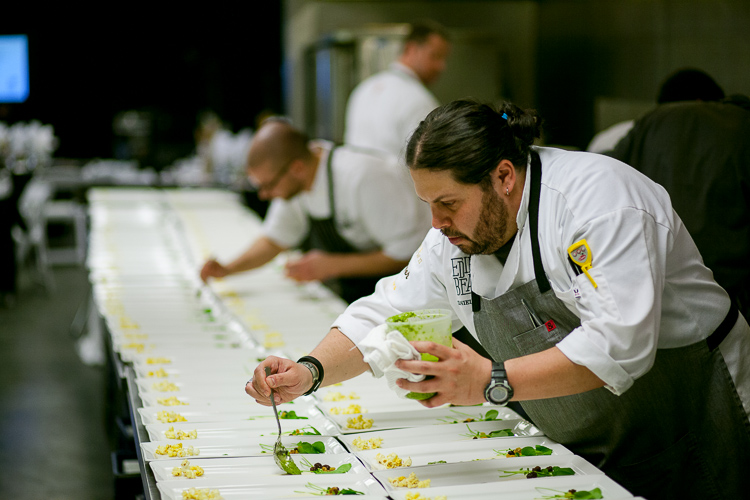 303: When did you first learn about the Slow Foods Nation festival?

DA: Well the first year of the Slow Foods Nation in Denver was last year. Now it will be an annual experience which is great. I was first aware and involved with Slow Foods a couple decades ago. It’s a movement that’s been around a long time, but it’s a movement that’s rooted in community and connecting with one another. I think that’s a pretty important thing especially when it comes to our food system. I was very excited when Slow Foods Nation exploded on the scene last year. I got us involved in it as much as I could.

303: How will your role change at this year’s festival as compared to last year?

303: What excites you the most about a food festival of this magnitude?

DA: To be able to watch the magic unfold of thousands of people that are deeply engaged to a global culinary community come together in the greatest city in the country was a pretty amazing thing to be a part of.

303: How does a festival like this affect local agriculture and sustainability in Colorado?

DA: I think whenever a bunch of people gather together over a shared passion and common goal, inevitably there’s a lot of power in the moments. The festival is the gathering point for thousands of people that are deeply connected to wanting our food system to function properly and to have a high level of wellness. There is a lot of limitless potential that unfolds from those meetings and those experiences.

303: What is the most promising aspect of the Denver food scene?

DA: Denver is kind of creating a giant restaurant for everyone to come dine at. Our goal as a community is to create a memorable food and hospitality experience for the thousands of people that are joining us, the same way we do every night at our dinner tables.

303: Who are some chefs you’re looking forward to seeing at this year’s festival?

DA: There [are] so many great people and so much talent coming into town. Being Canadian I’m excited to connect with Slow Foods Canada. Being from Chicago, Rick Bayless is one of the founders of the sustainability food movement in Chicago, and so to see him and reconnect is always amazing. It’s not just about the chefs; it’s about the craftsman and craftswomen, the people on the ground, the farmers and ranchers, the people that are pushing the needle forward in making the right decisions for our food system. It’s about the heart and soul, and the vision and passion of so many people doing great work. 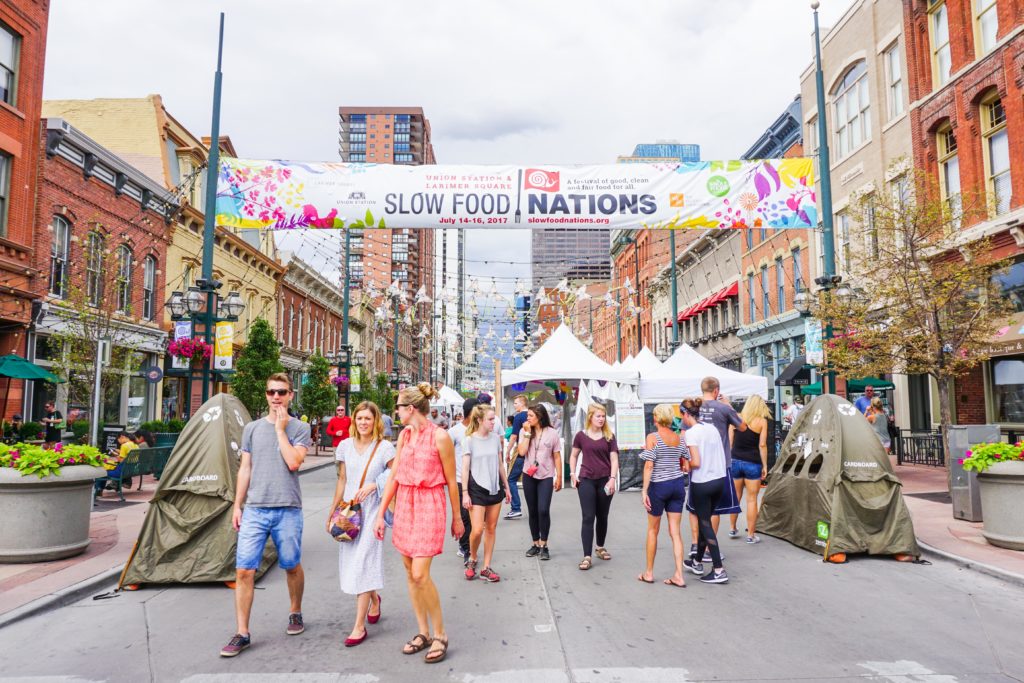 303: Does the Slow Foods Nation festival do enough to promote the city’s food scene and its chefs?

DA: I think Slow Food Denver does a tremendous job, Slow Food USA [makes] sure the mission is followed and the inspiration is in endless wealth.

303: Festivals of this size are notorious for creating a lot of waste, do you think Slow Food does a good job to negate this issue?

DA: I think through composting and recycling and repurposing the goal is for the entire experience to be zero waste. It’s an extremely challenging and a very noble goal. The food waste dinner at the end of the festival is basically gonna utilize all the little pieces and parts of all the culinary demonstrations, taking those scraps and turning them into something glorious and beautiful. At the end of the festival, were re-feeding everyone with different parts of the entire festival, which is really cool.

Chef Asher will be heavily involved in a number of events throughout the weekend. Kicking off the festival on Thursday night at 6 p.m, Asher along with other Colorado restaurant chefs will showcase their cuisine at the Big Eat.

On Friday Asher will start his day off at the Slow Food Leader Summit at 9 a.m. (tickets $250 per person). Later in the day he will take place in the Colorado Fare (tickets $65 per person), in which he and other Colorado chefs will prepare some of their best dishes made from local ingredients.

Saturday night (6-9 p.m.) Asher will host an outdoor dinner at the West Bijou Bison Ranch (tickets $150 per person), about a 30-minute drive from Denver. Lastly, chef Asher will participate in the Zero Waste family meal (tickets $40 per person). This event utilizes the recovered food from the festival, and turns it into a spectacular meal to close out the festival weekend.

This Thursday, the Colorado food scene will be on full display as the Slow Foods Nation festival hits Denver for the second year. Don’t miss chef Daniel Asher at any of these wonderful culinary events throughout the weekend.