It is extremely difficult to write a concert review for a show that extends beyond the English language’s capacity. Words cannot begin to explain the religious experience that takes place when ODESZA assembles on the Red Rocks stage. Emotions of euphoria manifest in numerous ways throughout the crowd — beaming smiles, tear-stained cheeks and palms lift towards the heavens in a sense of exaltation. ODESZA represents the scope of just how far music can go — of what pure and innate talent can manifest when harnessed to perfection.

Those lucky enough to see the Washington-hailing duo experienced a rare performance that genuinely occurs only once in a lifetime. And yes, Harrison Mills and Clayton Knight have many-a-time graced Red Rocks and undoubtedly will again. Yet each and every spectacle of theirs contains unique attributes that only happen once, with the same holding true for their back-to-back Friday and Saturday headlining shows.

With openers such as Pluko, Chet Porter and special guest Jai Wolf taking over night one, night two attendees were eager as ever to discover which special guest would join fellow announced openers, Yahtzel and Kasbo. As the golden Colorado sun slowly descended below the Red Rocks monoliths, the large black screens slowly displayed a large array of white, painted letters — BIG WILD (birth name: Jackson Stell). As each fan began to slowly register the reveal, their body language mimicked the DJ’s stage name… they simply went wild. “Red Rocks, how we feelin’ right now?” Stell questioned as his silky hair swayed as fluidly as his voice rang out. “My name is Big Wild and it’s a pleasure to be your guest tonight.” 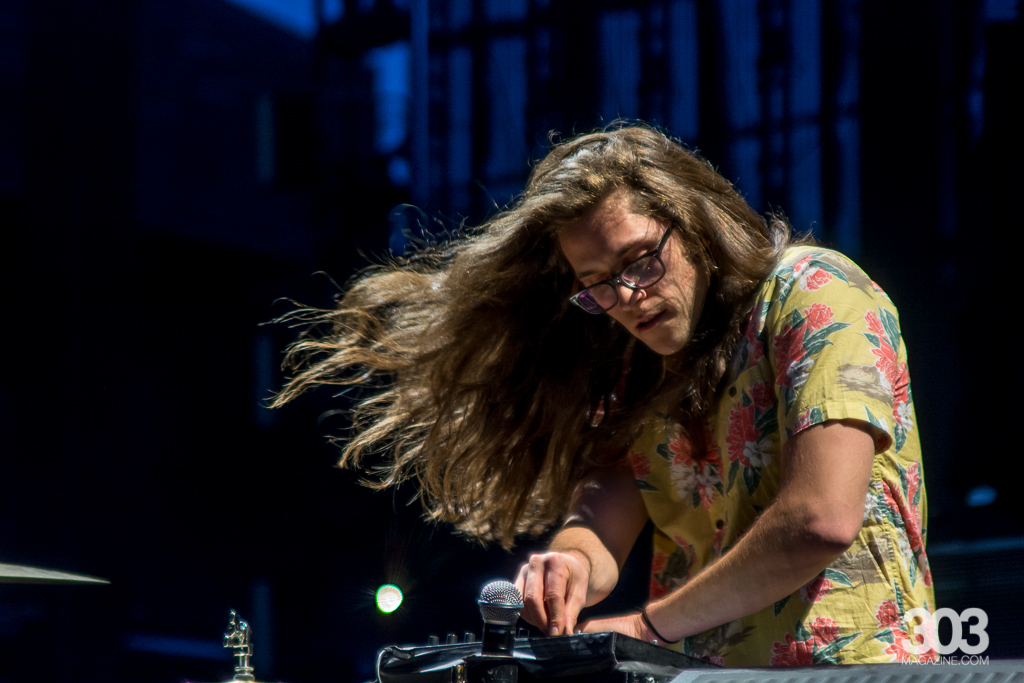 After co-headlining Red Rocks less than a month ago, fans were stunned to hear that the EDM record producer would be back so soon — after all, this would be Stell’s fourth Colorado performance this year alone, proving the Rocky Mountain state to be an obvious destination for the DJ. Naturally, Stell performed his hits such as “When I Get There” and “Aftergold”  but not before first showcasing his latest release, “Ascension,” a debut that took place only weeks prior. While ending on a literal high-note — yes, he produces, DJs and also sings likes an angel — the people of Red Rocks greedily hoped that maybe, just maybe, he’d come back for the sixth time and selfishly give us more.

Finally, it was the moment we’d all been waiting for — ODESZA’s arrival. As white lights downpoured over the eager crowd, the familiar notes of “Bloom” began to play, slowly blending and transitioning into “A Moment Apart.” Joined by a thundering horns section that could possibly paralyze you with its beauty, it felt like we had ascended to heaven’s glorious gates. 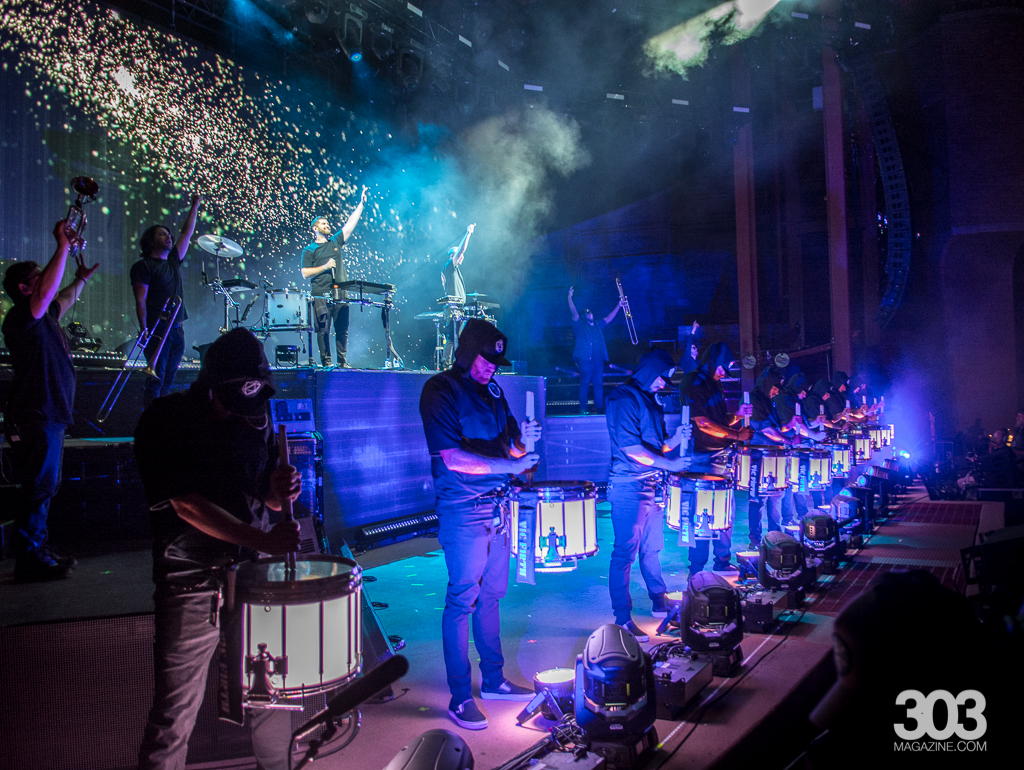 What separates ODESZA from other artists is, hands-down, their ability to combine live instruments, vocals and electronic music into a subliminal and hauntingly perfect fusion. Every element, from something as simple as the drumline’s head movements, is worked to perfection, creating a harmonious synchronization, unlike anything I’ve seen before. Mills and Knight have clearly become such masters of their art that no energy or thought even appears to exude from them as they create otherworldly magic. For them, everything is second-nature — an extension of their being.

“Red Rocks, I can already tell this is going to be one of the best night of our lives,” the twosome announced right off the bat, with an entirely mutual feeling from the crowd. Joining ODESZA in their performances were vocalists Naomi Wild and WYNNE for their songs “Higher Ground” and “Line of Sight.” With transcendent voices, the two couldn’t be more flawless in their individual renditions, somehow supplying more perfection to an already perfect show. Additionally, the night featured showings of ODESZA’s other sensations, “IPlayYouListen,” “Falls,” “Say My Name” and “Divide.”

Sadly, as midnight was fastly approaching, ODESZA reminded us that all good things must come to an end, closing the night with an eerie final VIP edit of “It’s Only.” With ominous lyrics situated over a juxtaposing, ethereal melody, the song represents the pinnacle of the talented group’s capabilities. Simply stated, there is nothing quite like an ODESZA Red Rocks concert, and after reviewing a fair amount of works at this point, I can confidently say this was one of the best shows I have attended in my life thus far. 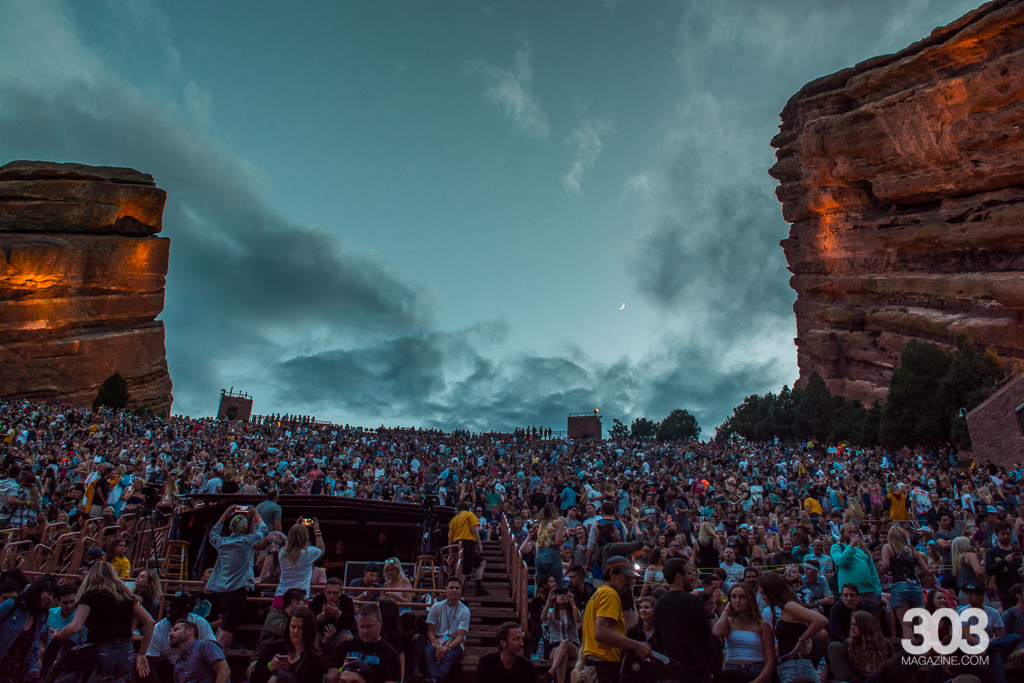