Kait Starr and Tyler HarveyJune 27, 2018Music
Photo by Kenneth Coles
Home
303 Magazine
2 min read
In an unexpected turn of events, Dua Lipa canceled her Denver concert on account of a health issue mid-show. After singing a few of her hits, such as “Blow Your Mind,” the soothing songstress ended on a ballad with “Lost in Your Light.” Performing in a bedazzled bandeau, the English singer/songwriter eventually announced to the crowd that she was feeling unwell.
“Denver I love you… I wanted to give you the best show but I can’t do this right now,” Lipa announced, followed by tears. “I’m so sorry.” Later in the evening, Lipa posted an apology to Twitter: 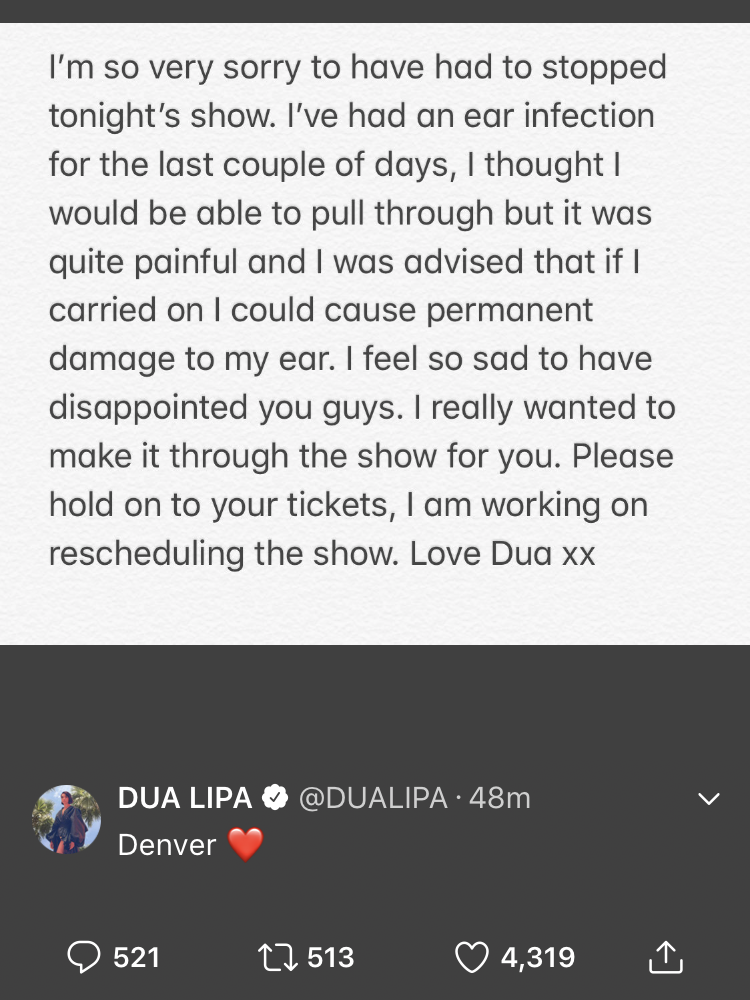 This isn’t the first time this year Lipa has canceled a show — she pulled her opening performance from two Bruno Mars shows in Australia in March after experiencing pain from a wisdom teeth surgery. In an apology posted to Twitter, she said, “I’ve been performing with an awful pain due to my wisdom teeth and as advised by my dentist and oral surgeon I have had to have them imminently removed.” And now, she’s battling further health issues while on her solo tour. Denver fans took to social media to vocalize their support — and some, their frustrations — with the pop musician after the abrupt cancelation. 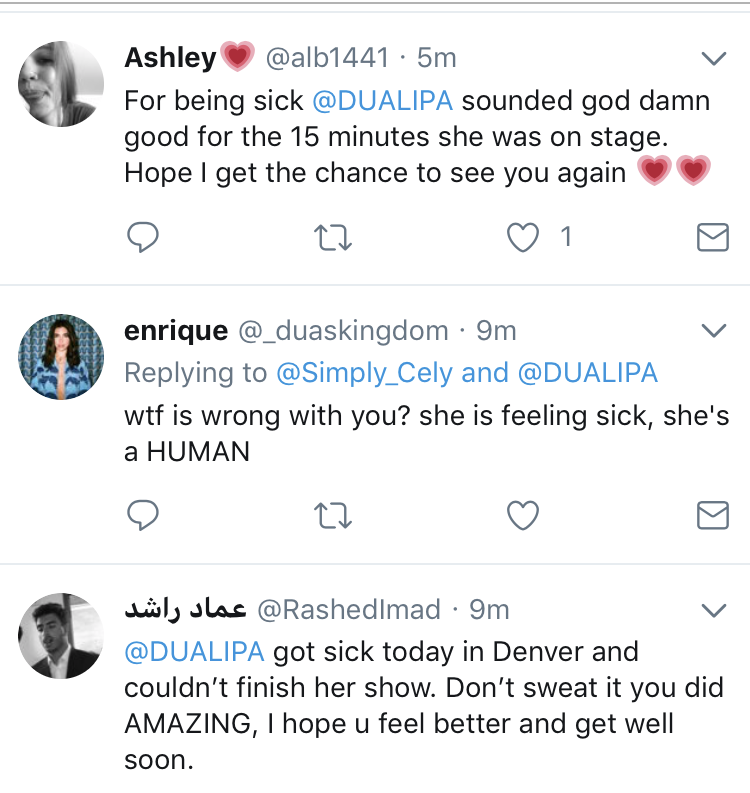 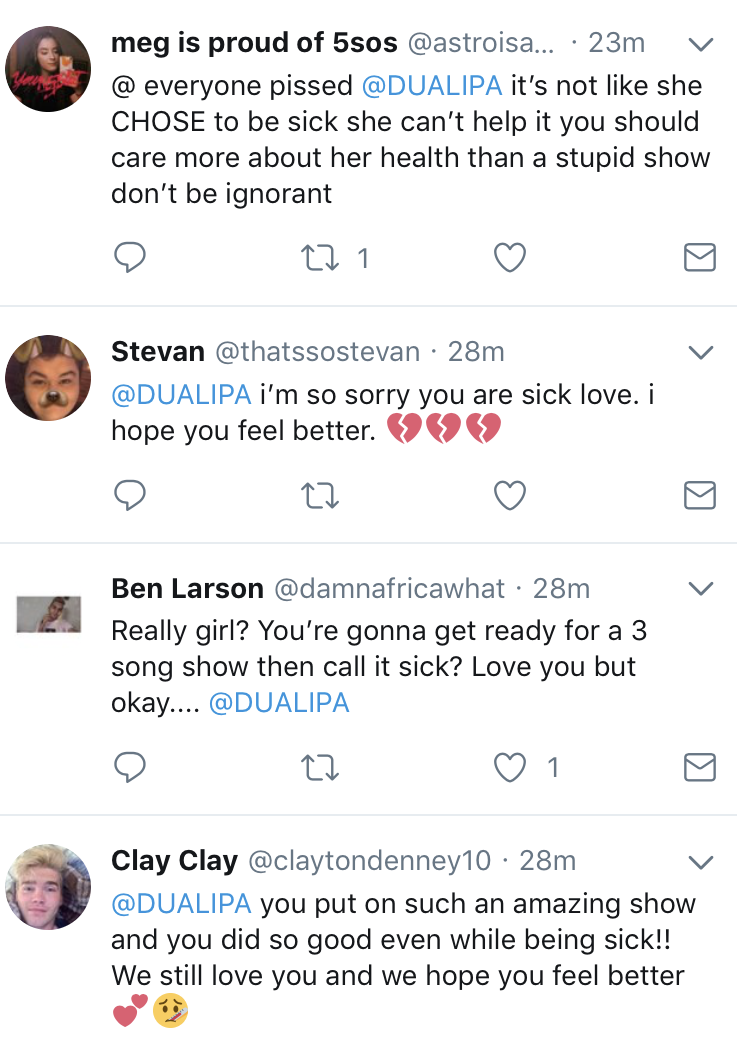 Dua Lipa, who performed briefly after opener Clairo at the Fillmore Auditorium on June 26, was set to play a handful of shows in North America, stopping in Denver along the way. The tour, amusingly called the “Self-Titled Tour,” is set to reach a global scale in countries such as Norway, Hungary, France and Taiwan. Dua Lipa’s next tour date is currently scheduled for Las Vegas on June 28 and we wish the performer a speedy recovery in the meantime.