Nicholle Kobi brought Paris to Denver with her worldwide tour — A Parisian Instant with Nicholle Kobi. The event took place at Live at Jacks, where attendees were welcomed with a gallery preview, a pop-up shop, a meet and greet with cocktails and a private Q&A.

A Parisian Instant with Nicholle Kobi is a black woman art series where Kobi travels to different cities in the US, Asia, Brazil, Africa and back to her home in Europe to preview and talk about her latest work. Most of Kobi’s artwork is a representation of black women living a luxurious lifestyle in a variety of different cities all over the world. Besides the ‘jet-set’ approach, Kobi’s work also features messages about sisterhood within the black culture, social and racial issues and black love. 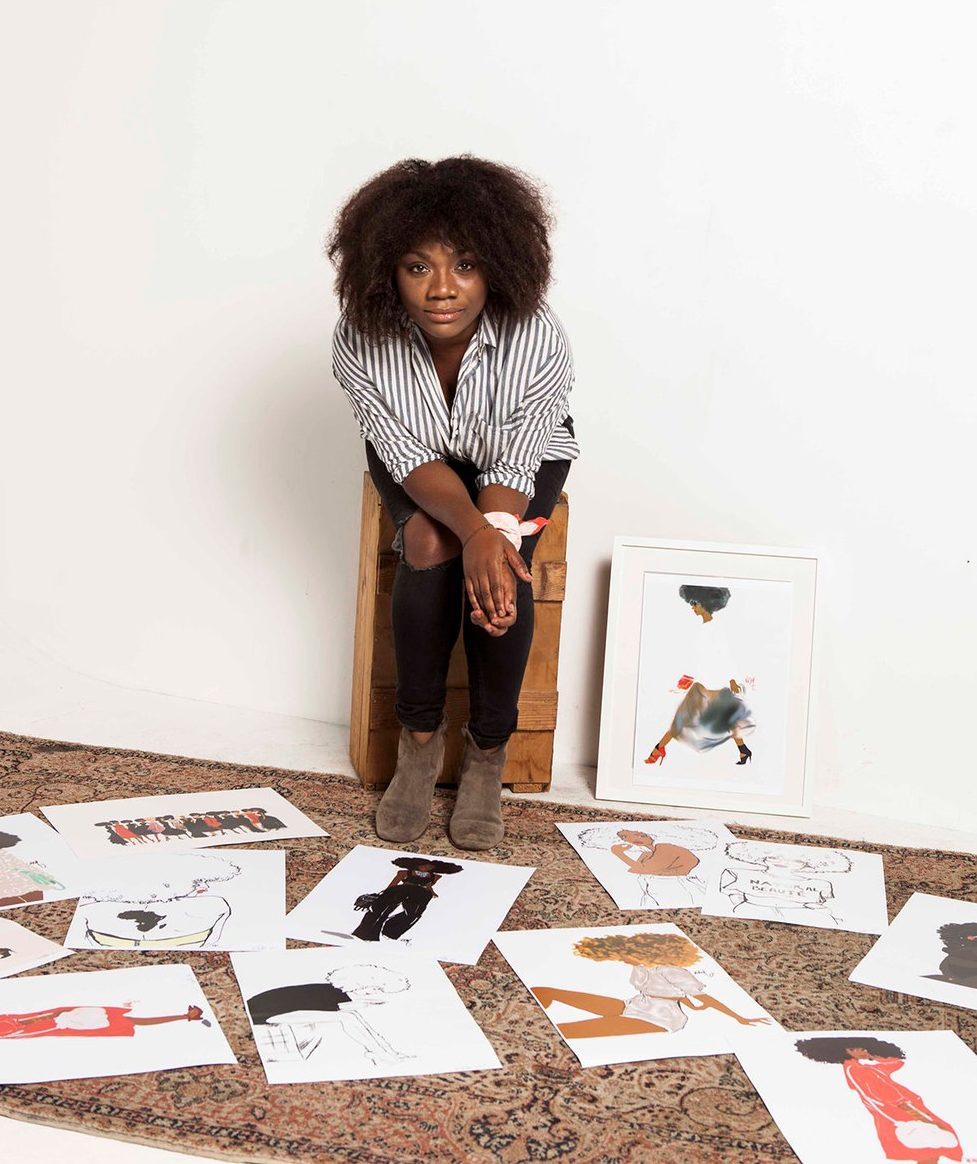 Kobi had always been fascinated with drawing and being artistic but she put the pencils down and replaced her fascination with textbooks. After completing her studies, Kobi went off to work in the corporate world as a banker and never thought to rekindle her childhood love, until she got pregnant with her first child and needed an outlet to release her frustrations from being a hormonal working girl. “I was drawing about 10 pictures a day,” said Kobi. “I figured I might as well do something with it, so I made an Instagram account, but under a fake name because I was scared of what my family and friends would think or say.”

According to Kobi, living life as a black woman is less acceptable in France than it is here in America. For one, it is definitely not acceptable to be as opinionated and outspoken about the social injustices that have been brought to the media’s attention over the last couple of years. An example of one of Kobi’s pieces is a picture showing two women side-by-side wearing t-shirts that read “Don’t Shoot,” in light of the police brutality that has been prominent in today’s society. 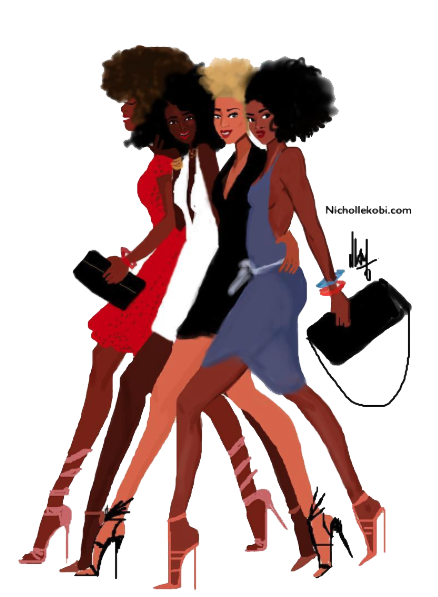 Another challenge that Kobi expresses through her artwork centers on friendships and relationships. Here in America, a sister circle is something seen on a daily basis. A sister circle is a group of friends consisting of black women who support and encourage each other through life’s trials and tribulations. According to Kobi, in France, it is frowned upon and not normal to see an all-black group of women roaming the streets of Paris. “Drawing a group of women like this is a big big deal because you will never see that in Europe. You will see a group of white women with just one black woman in their group,” explained Kobi. “French politicians say that when you see one black person, that’s good. When you see two black people, no. Just no.”

Typically, in lifestyle or fashion illustrations you don’t see many women of color hopping out of limos for a red carpet event, on a Parisian balcony drinking champagne or catwalking in front of the Eiffel Tower. “It is a revolution to draw black women. You see these artists drawing white or Asian women but never a black woman being fashionable or living this kind of life. We don’t see ourselves being drawn that way so we don’t see ourselves living our lives that way. It is very important in this revolution to show how we are and that we can be what we want.” said Kobi. 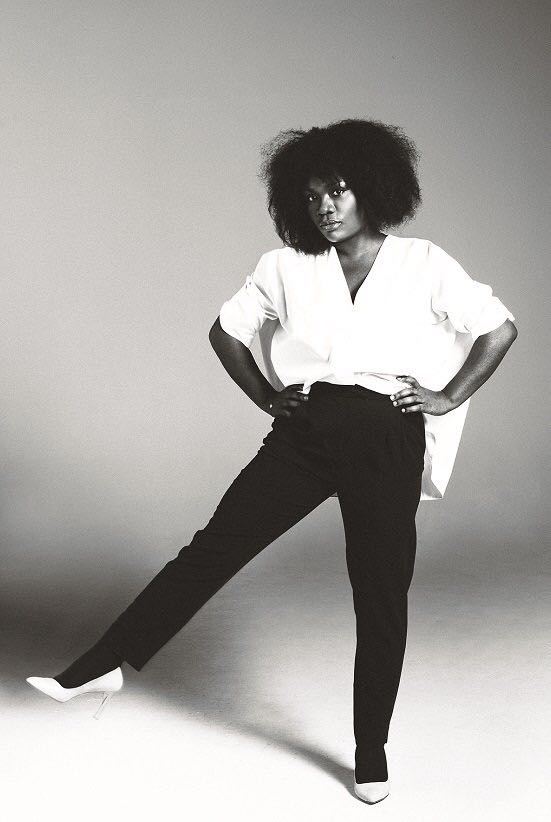 Kobi is constantly inspired by the differences between America and Europe and uses her artwork as a voice to stand up against the racial injustices in her home country. However, her work has become popular here in the states as well, due to the lack of black women’s artistic perspective being in the spotlight in the fashion industry. Her goal is to encourage women to love themselves, to love each other, to love their culture and to believe that they can be and do anything that they want to regardless of societal norms and expectations — to be the epitome of Black Girl Magic.