Great Divide is Opening Its First Gastropub at DIA

Denver International Airport is stepping up its food and booze game.

From Shake Shack to Snooze, a multitude of beloved spots have chosen to call DIA home and Colorado’s very own Great Divide will join that list. The local brewery is set to bring a brewpub to Concourse C and the brewery will serve more than just beer. The new space, in partnership with HMS Host, will serve gastropub style, locally inspired, elevated comfort food. In creating the menu Great Divide partnered with Adam Dulye (executive chef of the Brewers Association and formerly of Euclid Hall Russian) and chef Jeff Steelman (HMS Host) to utilize local producers such as Niman Ranch and Ralston Valley for their meats.

And as far as the beer, Great Divide is touching on all the bases. The new space will serve up to 18 beers at a time — pouring everything from core brews to seasonal brews, pilots and collaborations. Essentially, the new spot will have a cold one for all palettes. And like most of us traveling, Great Divide has been itching to get its beer into DIA for some time now. According to Brian Dunn, founder of Great Divide, the company has been working on the project in DIA for several years, first looking at the Westin at the airport and later settling on this project. 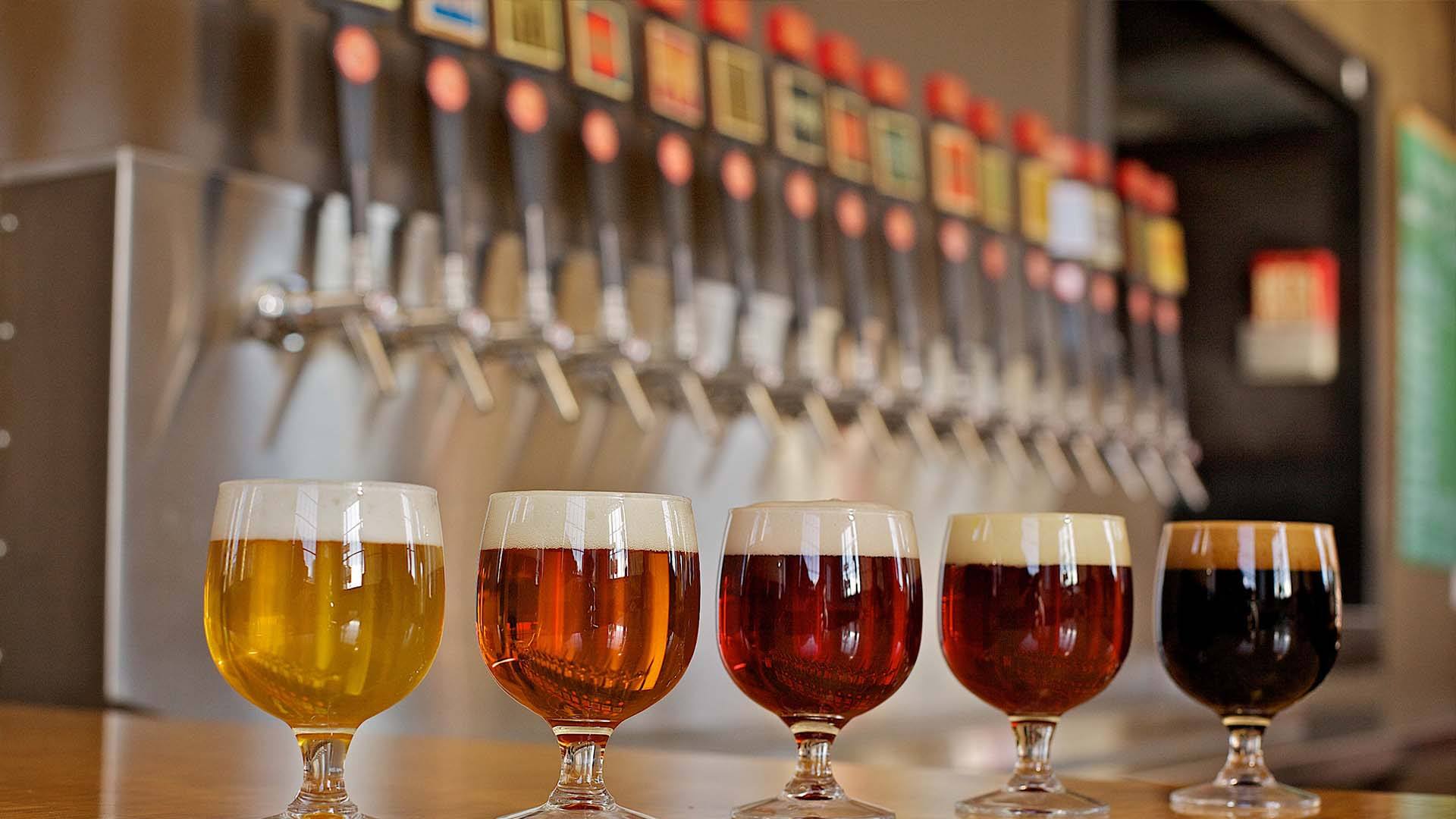 “We are looking forward to giving airport travelers a glimpse of what we are all about at Great Divide and providing them outstanding beer and food during their travels through DIA,” said Dunn. “We want the first and last impression as people come and go from Denver to be some of the best craft beer made.  Denver is known for great beer and we will be providing airport guests with that experience.”
The new space will have seating for up to 122 people. And while Great Divide has yet to confirm a set opening date, but it’s aiming for the end of the year and we couldn’t be more excited.
Additional reporting by Brittany Werges.