With the weather going hot and cold lately, it is nice that jam-favorite TAUK is still consistent. They proved this with their performance at the Ogden Theatre to kick off their “Shapeshifter Tour.” The group was joined by local superstars Cycles and Minneapolis’ PHO. Nick Gerlach and Gabriel Mervine also hopped in on horns.

TAUK originated when the group were teenagers in Oyster Bay. Since then, the band has released five studio albums, though they are more critically acclaimed for their live performances. Saturday in Denver has plenty of options, but it is hard to turn down a lineup like this one. TAUK alone would have been enough on their own to bring in the masses. Adding Boulder’s Cycles made for a night of bending genres in the danciest and sweatiest way possible. 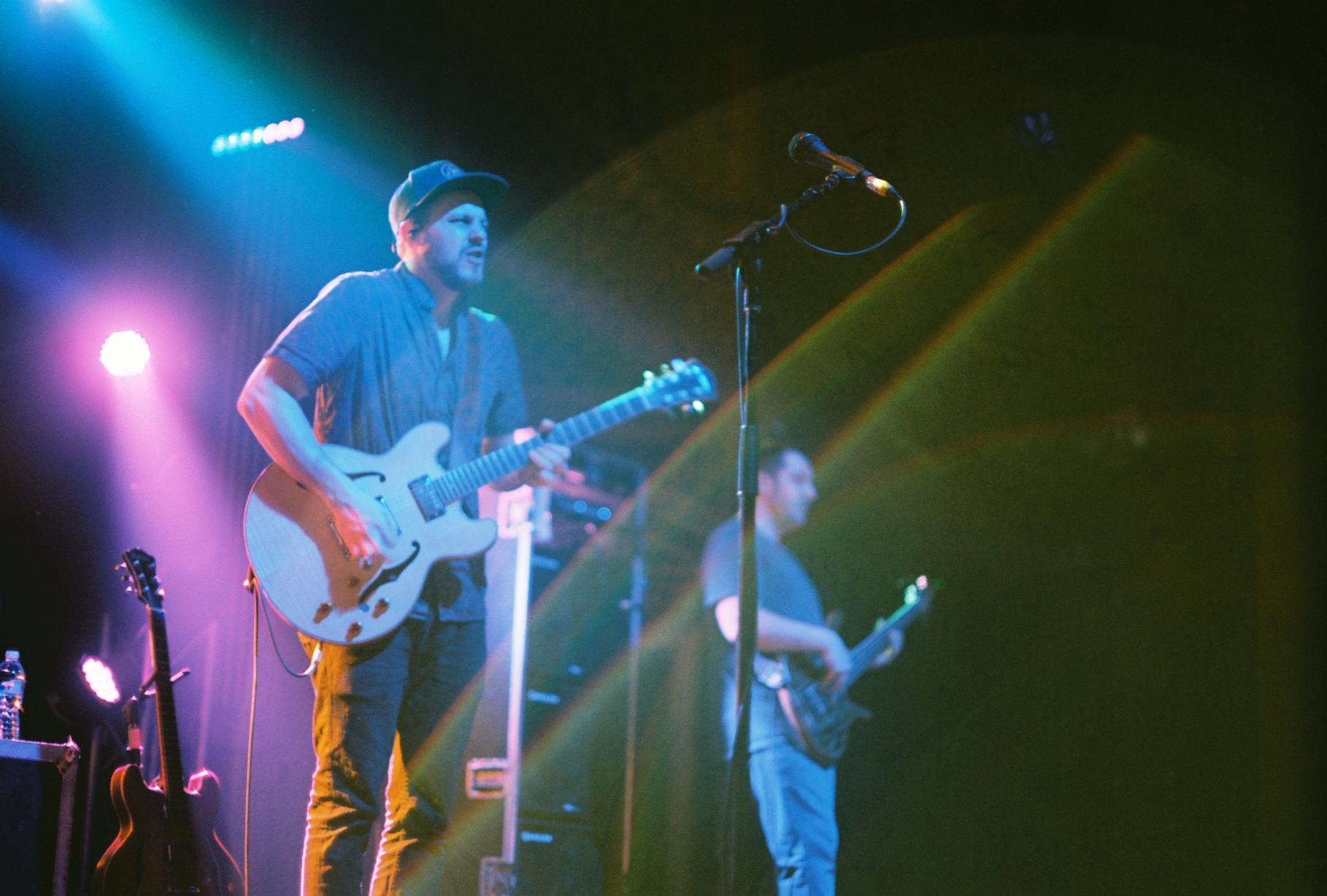 The Ogden can get pretty packed, so when the bill is not sold out, it is a blessing. The more room to dance — especially on a night like Saturday’s — is better for the general population. The opening band, PHO kicked the funk off first, before Cycles took the reigns.

The trio played a relaxed set to a chill crowd, at least at first. It took a song or two to get their more psychedelic jams. When they did, lead guitarist Patrick Harvey simply refused to hold back. For only three members — Harvey, Tucker McClung and Michael Wood — the band has a huge sound. They moved from their rock, jazz, hip-hop, funk and soul-infused tracks to a number of covers. The covers included “Into You” by Fabolous and “Let Me Stand Next to Your Fire” by Jimi Hendrix. As they closed out their slot with a lengthy lick, it became clear that Cycles is not going anywhere. Make sure you are on the up to their next performances.

After the stage set up, the lights dimmed and Joe Budden’s “Pump it Up” projected over the speakers. Grasping the attention of everyone, it caused fans to close out any lingering conversations. The eager crowd wailed as the four members grabbed their spots. Matt Jalbert took his place on guitar, Alric “A.C.” Carter on keys and organ, Isaac Teel on drums and Charlie Dolan on bass. 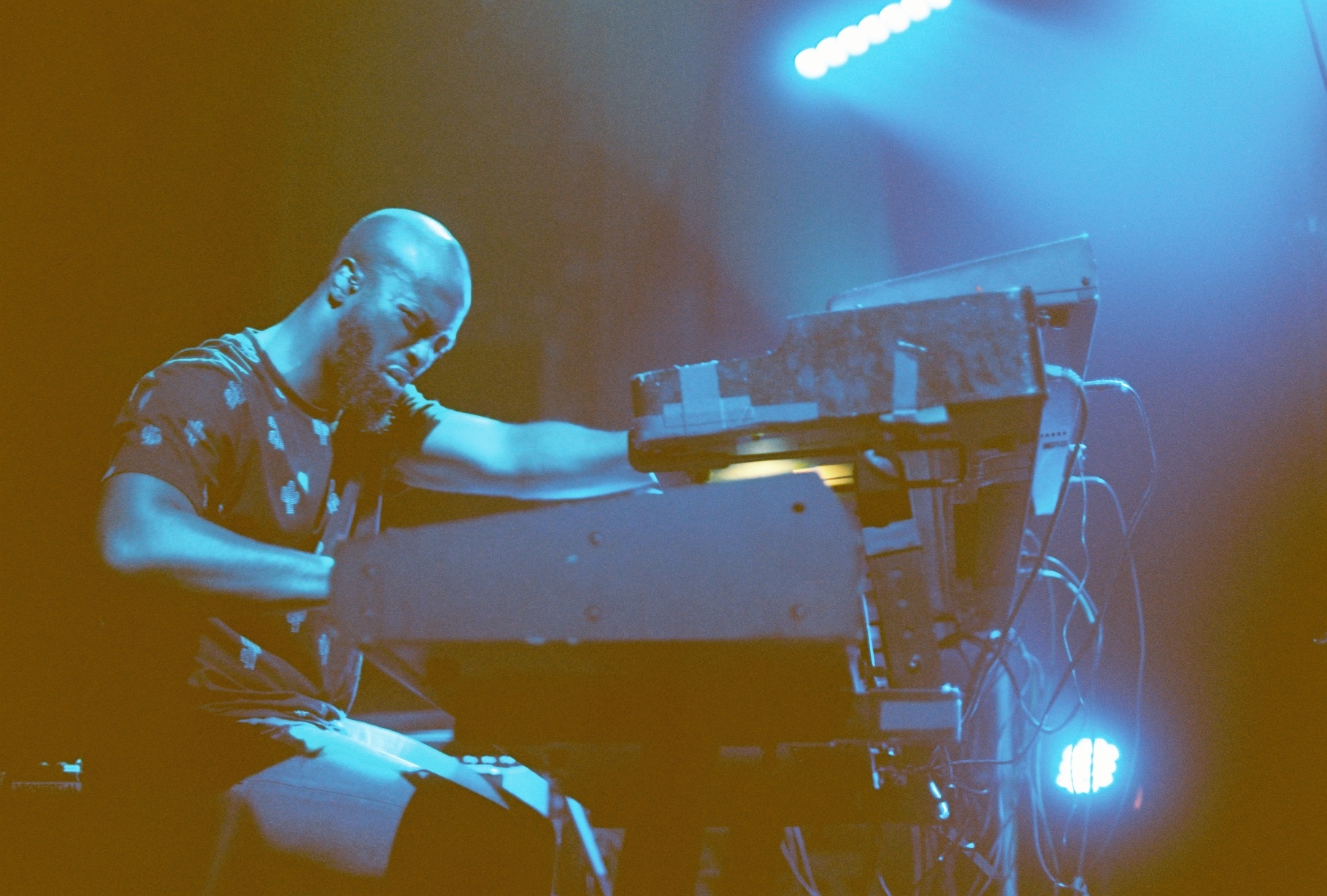 “Damn y’all look good,” they told the audience, which responded in uproarious cheers. As the show progressed, it was clear there is no standout in the group. Each member took their chance to shine and created their own pocket of credibility. The tracks trickled through slow, melodic trances and quickly transitioned to quick and dirty breakdowns, showcasing their broad expertise.

“The second day on tour is not too bad with you, Denver,” – Jalbert.

The additions of Gerlach and Mervine on the saxophone and trumpet added something to the show that no one would have thought they needed. Through the high energy of the music, Teel lost one of his drumsticks. Instead of stopping to pick it up, he proceeded to entertain with jazz hands. This gave the crowd a glance into a playful personality to go with the talent of his playing.

While the music was easily the highlight of the evening, the band’s light show has been vastly underrated. The level with which the light streams played during the two sets soared above expectations. The second set of the night brought an unannounced guest, Adam Deitch. Deitch is famed for his positions as the drummer in Break Science and Lettuce — two of Denver’s favorite acts. The crowd shook the walls of the theatre with the news, as they funked a cover of “All Night Long.” As the whirlwind of the night ended, the crowd was hardly left wanting more. Much like Cycles, TAUK is a band that is sure to be seen around Denver much in the future. Here’s to hoping we are able to catch both at Red Rocks ASAP.