Some of you may have never heard of Brasstracks, but all of you have most certainly heard Brasstracks. The Manhattan and New Jersey-native duo won a Grammy with Chance the Rapper for Best Rap Performance for “No Problem.” Since then they’ve only grown in popularity‚ especially right here in Denver. Two years ago they were featured on GRiZ’s album Good Will Prevail, last year they opened for and performed with GRiZ at Red Rocks and this year, they returned to Denver selling out Cervantes’ Masterpiece Ballroom in the process. The Mile High City came out in numbers for the show — and not only fans but also some surprise local musicians as well. 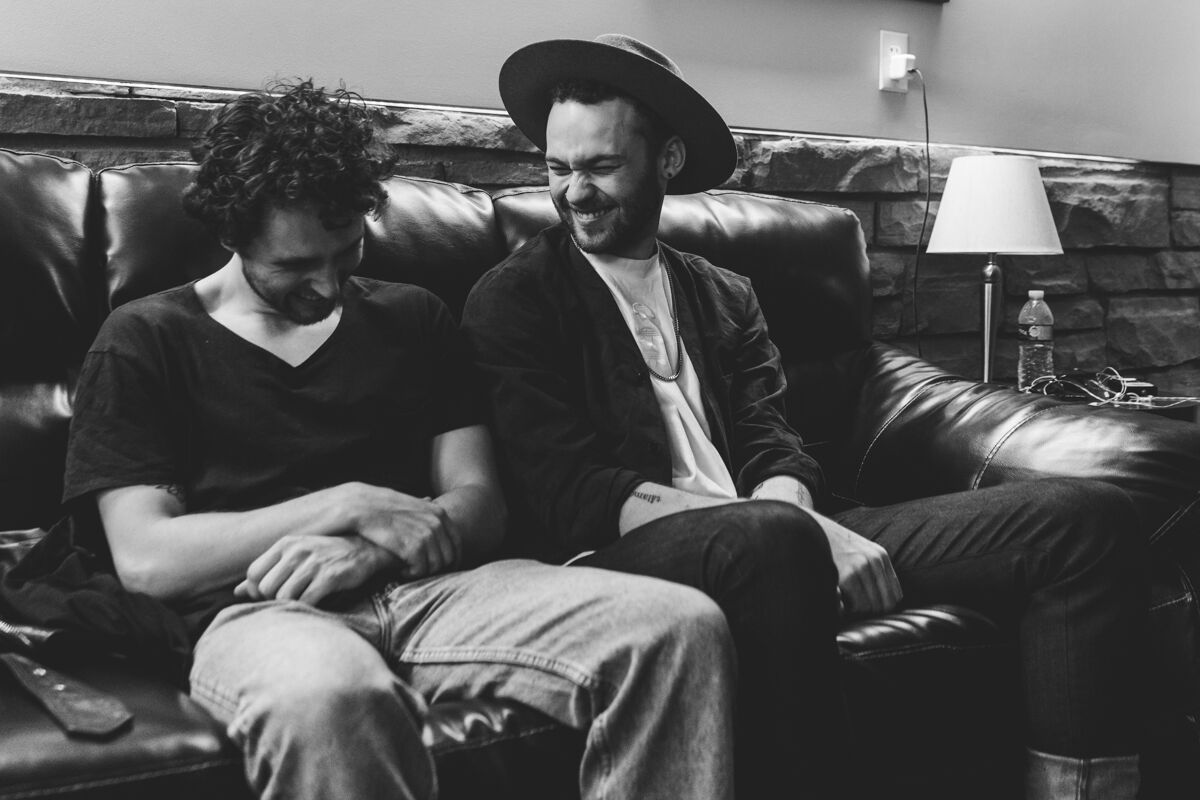 Before Brasstracks took the stage, the airwaves at Cervantes’ reverberated with chill electronic, hip-hop and more provided by three opening acts. It was a solid evening at Cervantes’. However, Chicago group The O’My’s stole the show in regards to the opening lineup — something that was clear as soon as the band’s vocalist opened his mouth. He was confident, owning the stage and drenching the audience in rhythms intertwined with soul and blues. The keys and drums supporting the singer were fantastic but they didn’t entirely do the vocals justice. The band needs a live bassist or even some horns to truly propel them into greatness. Regardless, the group has already — like Brasstracks — collaborated with Chance the Rapper so I’m sure we will be hearing more from them soon.

The show didn’t sell out in advance, but it did sell out well before Brasstracks took the stage. Those that made it into Cervantes’ Friday night were truly the lucky ones because those boys know how to throw a party. At points, trumpet player Ivan Jackson played his instrument, moved around the stage and held a drink in one hand all at the same time. And when he didn’t have a drink in the opposite hand of his trumpet hand, he was keeping the beats in check on the laptop. The man really knows how to multitask.

The duo worked their way through many of their singles, songs, remixes and covers (and yes, they played “No Problem”). If you’re unfamiliar with Brasstracks, the duo merges their own production capabilities with R&B and hip-hop covers. And no, they don’t just cover songs — Brasstracks weaves samples into their production subtly while still creating unique content of their own. When translated live, there’s no standing still. The set is relatable, reminiscent and irresistibly danceable.

At one point in the evening, Break Science joined Brasstracks on stage fusing local and national music at Cervantes’. The chemistry between the two duos was fantastic. Whatever you want to call it — Brass Science or Break Tracks — it was epic. From GRiZ to Break Science to Red Rocks and sold-out Cervantes’ shows, Brasstracks are making a home for themselves in the Denver music scene. And it seems that Denver is welcoming them with open arms.